As a twenty-something male, it can be difficult to profess my love for Justin Bieber.

In my tertiary school days, I had to profess about my hatred for the golden-haired songster following the release of his debut album My World 2.0, taking them to group meetings and lunches, where I would clench my fist hard at the mention of the very two syllables bie-ber (I do believe that my eighteen year old self had went into great lengths to showing his disdain in mean tweets that would throw even the strongest of men off)

But funnily enough, I knew every single word to ‘Baby’. 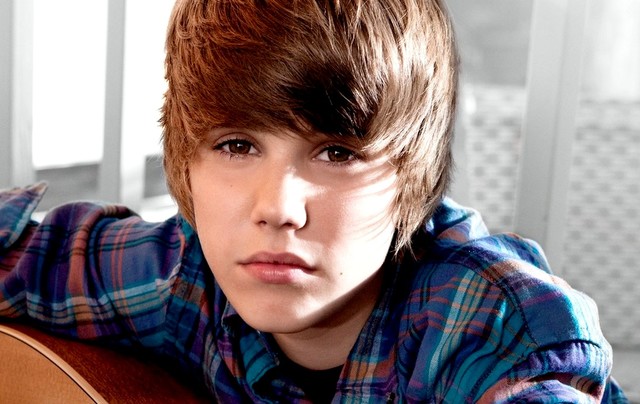 Remember this face of youth and jubilance?

This probably stemmed from a belief of hatred towards the many things that teenage girls enjoy, MNN.com wrote an article with the exact title ‘Why Must We Hate the Things Teen Girls Love’. Herd mentality definitely contributes to that and despite my struggles to dismiss myself from formerly being apart of the ‘herd’, it is enough embarrassment for one writer to uphold.

But don’t get me wrong — Justin Bieber has had his moments of shame and a fair share of run-ins with the authority, which contributes to a list of reasons why people will take the piss at him, without any hesitation. These include writing in the guest book at the Anne Frank’s house in Amsterdam, hoping that the Jewish Holocaust victim was a 'belieber', attacking photographers, adopting monkeys, peeing into kitchen mop buckets and punching the lovable Goofy in the face (who does that?). 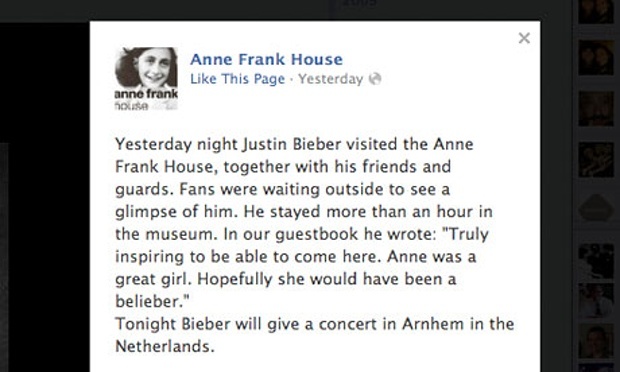 It has been three years since his last release, but it seems like with this new album Purpose, comes a level of maturity that he himself professes, as he finally comes to terms with the fame and fortune and the responsibility thrust upon him as a child star. The musical development from his previous album has gone through some re-work; tropical house takes the place of a former teen-pop direction, as collaborations with electronic maestros in Skrillex and Diplo throws his music into the deeper end of the pool. This reinvention has taken Bieber from the bedroom to the clubs.

When the single ’What Do You Mean’ was released early this year, many would have assumed what it takes for Bieber to slide back into popularity was one solitary good hit; the sort which would have vibrant uprising beats accompanied by a tantalizing yet enigmatic personality, as if you’ve just been let in on a furtive secret and wouldn't stop giggling.

With the remainder of the album being released, the blonde songster shreds through these accusations of being a one-hit wonder; the rest of the album suitably falling into place amidst some traction and bumps in the second part of the album.

The opener to the album, 'Mark My Words' is delightfully kind and soft, shedding his air of arrogance despite the track outing as an implicit challenge to his detractors depending on the position you wish to take. ’Sorry’ provides the perfect juxtapose, meshing emotive heartfelt lyrics with breezy optimism off a Californian sunrise.

"Despite the track 'Sorry' being primary written for on-off lover Selena Gomez, it could even be construed as an apology to the public for previous wrong-doings."

However, the album takes a nose dive in the mid point, strangely it is in the collaborations with the hip-hop stars that shifts the dynamics and returns him to square one. The R&B-infused collaboration with Big Sean on 'No Pressure' which features the croon of Bieber notable from his earlier days, seems blurry and without direction, as if to make up for lost time and remains as a fall-back plan against his gamble with EDM. But it rejoins at the peak towards the end of the album with another collaboration with Diplo and Skrillex on 'Where Are Ü Now', retaining most of its overall feel-good mood.

Listening to Comedy Central’s Roast of Justin Bieber early this year, it is hard not to feel for the Biebs; he keeps a straight face on despite the flurry of attacks directed at him (I cringed at Natasha Leggero's coat-hanger joke).

But to put it out there, I initially had restrains over playing Purpose on my iTunes lest it gets onto my last.fm profile (my street cred is at stake here), but I’ve obviously thought wiser. A meme on Instagram was in circulation a few days ago, declaring "Who would’ve thought by the end of 2015, we would all be beliebers." You could either agree or disagree with the internet, but the one big takeaway is that you shouldn’t be ashamed of being a fan of Justin Bieber. I'm not.

Even if Purpose was not an all-out stunner, it still marks the reinvention of Justin Bieber, and I welcome it.