The Internet certainly has had an immense impact on the way we consume music. Even though it goes without saying, it’s amazing to see how despite certain genres can rule the charts, there is a crowd for every style out there, mainstream or niche. Lines also blur between genres and we’ve seen so many genre-challenging acts propping out all over the world; two mere examples being the eccentric math-pop/indie-rock/electronic/world music stylings of Alt-J to the defiantly pretty black metal of Deafheaven. However, jazz stands to have one of the most intriguing evolutions. We’ve already written before how genres can evolve over the decades, with jazz being a standout. Now we have the pleasure of watching Snarky Puppy in Singapore on October 23rd; a band that, despite holding on to their jazz-fusion laurels, are still keen on exploring modern experimentation.

The band champions funk, world music, R&B, electronic and pop. While that isn’t exactly the newest combination, they stand out with their mastery of cerebral performances that are a treat to the eyes and ears. Already gaining a fanbase worldwide, with a tribute show in their honor held here by local artists recently, people already recognize this. And we haven’t even gotten down to their skills. If you think the dudes in Dream Theater have gotten it down to a T, wait till you search Snarky Puppy on YouTube. These guys are insanely talented, let’s just put it that way. But of course there are many instrumentally-skilful bands out there. Snarky Puppy has that but with an extraordinary sensibility for accessible compositions. Beneath all that technical wizardry lies a hunger to reach out to the masses with melodic hooks and playful beats. Their music is just as good for critical analysis by budding musicians as it is for a mellow Saturday night dinner party.

Ever since the turbulent period of jazz-fusion that transcended cosmic experimentation in the 70s and mainstream chart appeal in the 80s (blergh), jazz right now is at a place just like other genres where it can move forward but it celebrates its past at the same time. Snarky Puppy is a perfect representation of that and we’ve got 7 other acts, some you already know, that are helping the genre to stay relevant. 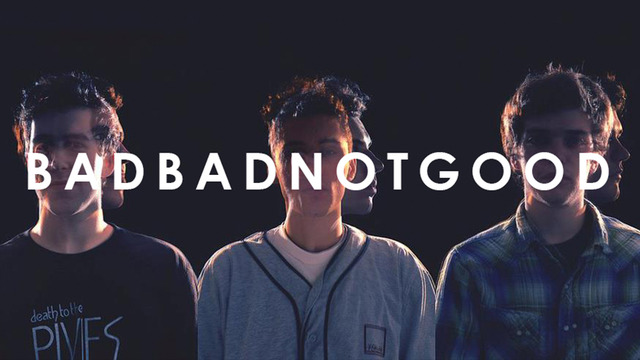 The trio have made rounds the past two years or so, if not for their impressive talent but for the fact that they formed due to their equally-shared love of Gucci Mane and Odd Future. The guys have since carved out a name for themselves with three records. While they were better known for their distinct renditions of songs by artists as diverse as James Blake and My Bloody Valentine, they’ve since released a record (BBNGIII) which features all-original material and let us tell you: these guys are something. Melding solid instrumental jazz chops with their love for gritty hip-hop, along with constant experimentation, BadBadNotGood have already done so much in their early-20s that we can’t see anything else but this band moving forward to even crazier sounds that’ll retain jazz in the modern music vocabulary. 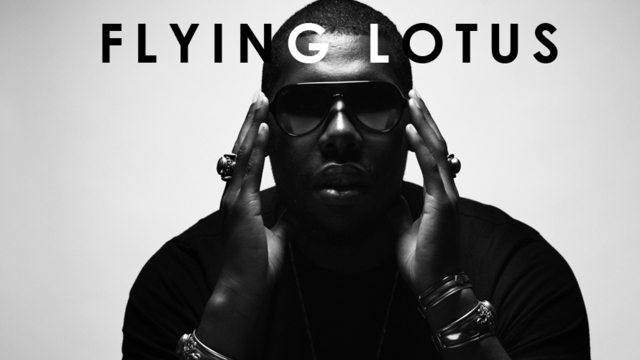 The electronic musician may seem like a weird choice but seeing how he is the great-nephew of the legendary jazz harpist Alice Coltrane and iconic saxophonist John Coltrane, jazz already runs in his blood and it shows through the music of Flying Lotus. While restraining himself on his first two releases, he let loose on his third record Cosmogramma which featured a celestial marriage of modern electronic music, hip-hop and bold jazz-fusion. While his next effort Until the Quiet Comes saw him taking things down a notch, we expect his newest album You’re Dead! to be just as equally a mind-bending psychedelic trip. 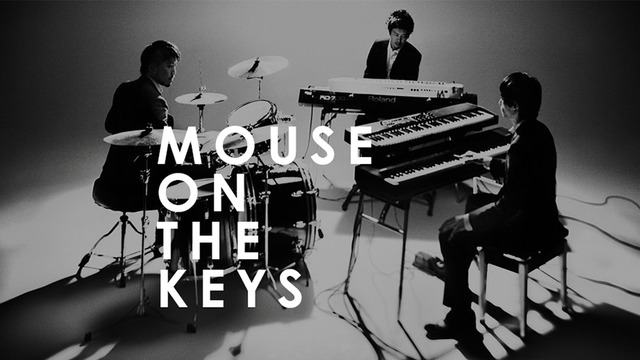 Having performed here recently, it’s not hard to see why they’re one of jazz’s most exciting acts out there. They’re also from Japan, no less. Being from the land of the rising sun, the country has boasted a number of exciting acts rooted in math-rock (toe, Lite, té, Nisennenmondai) but Mouse on the Keys are one of the few that push it forward with jazz. With the exhilarating odd-time signatures of math-rock, they’ve accelerated jazz into a fast-paced rock setting while balancing it with moody pieces which feature a heavy use of electronic and post-rock atmospherics. Their live shows are also some of the most energetic shows we’ve ever attended. 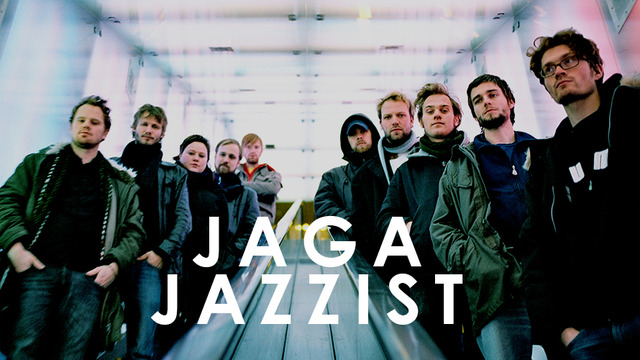 Unlike the first few examples of acts, Jaga Jazzist is a lot more cautious in their approach to playing jazz. Taking in influences as varied as ethereal post-rock, classical music and 70s progressive rock, the band originated in Norway where they’ve seen a revolving door of musicians but they’ve continued to break new ground with each release, gaining a devoted fanbase over the years which include the now-defunct modern prog-rock masters The Mars Volta. Blissfully cinematic, we can only hope they’ll release a new album soon. 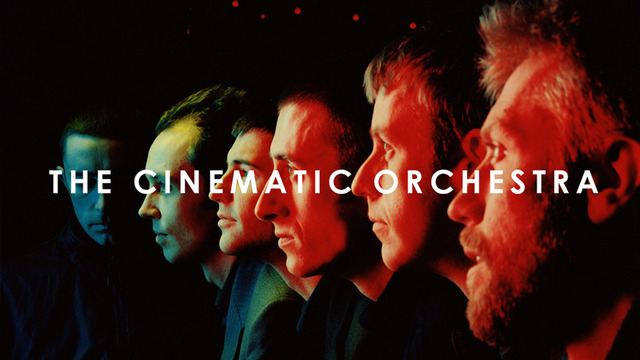 Speaking of cinematic, these guys are another huge ensemble of musicians who contribute a forward-looking take on modern jazz by incorporating electronic and classical music. While they’ve gained recognition for the incredibly moving ballad To Build a Home, The Cinematic Orchestra also have a body of work that utilises the absorbingly meditative soundscapes of downtempo music with minimalist jazz arrangements and improvisation. If they’re not recording studio albums or performing live shows all around the world (they even dropped by a few years back for Mosaic Festival), they also write film scores. 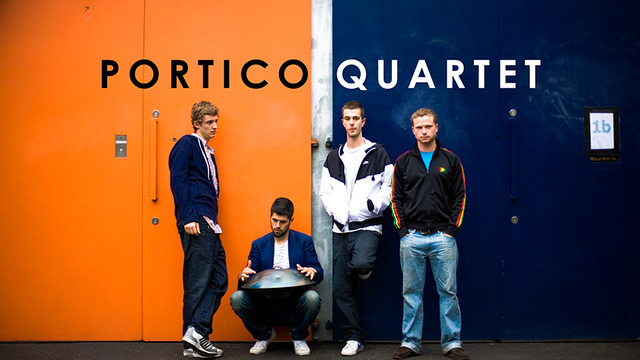 Hailing from London, Portico Quartet has been made known for their use of the Hang, a recently-invented instrument that, while percussive, produces harmonious sounds. The band themselves have made use of the unassuming instrument, producing albums that sport a sound that isn’t too glossy; a gravelly approach to slick modern jazz due to the group’s experience in busking on the streets of London. They’ve only been at it for less than a decade but they’re already endorsed by pop singer Peter Gabriel, who signed them to his own label Real World Records. 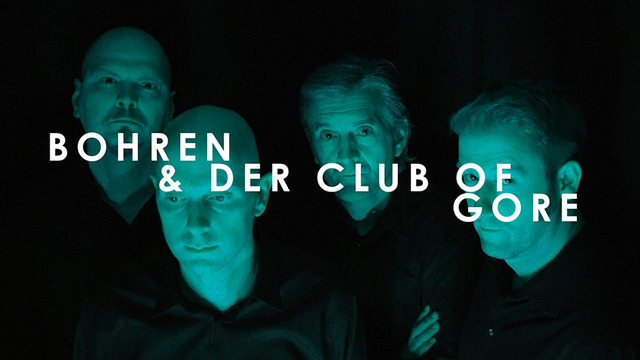 Taking a turn for the darkness, Bohren & der Club of Gore is starkly different from the many jazz acts out there. Originating from the hardcore scene of Germany, the band soon turned to making jazz music but with a dreary undertaking, sporting dreadfully-slow tempos akin to doom metal. The band themselves describe it best, their music being an "unholy ambient mixture of slow jazz ballads, Black Sabbath doom and down tuned Autopsy sounds". The result however is not as frightening as you’d imagine. Instead, their music has a distinct film-noir quality, perfect for late nights.Snarky Puppy will be playing in Singapore on 23rd October. This will be their only Southeast Asian stop. We're very excited to see them and you definitely can't miss out. RSVP here and get your tickets now!