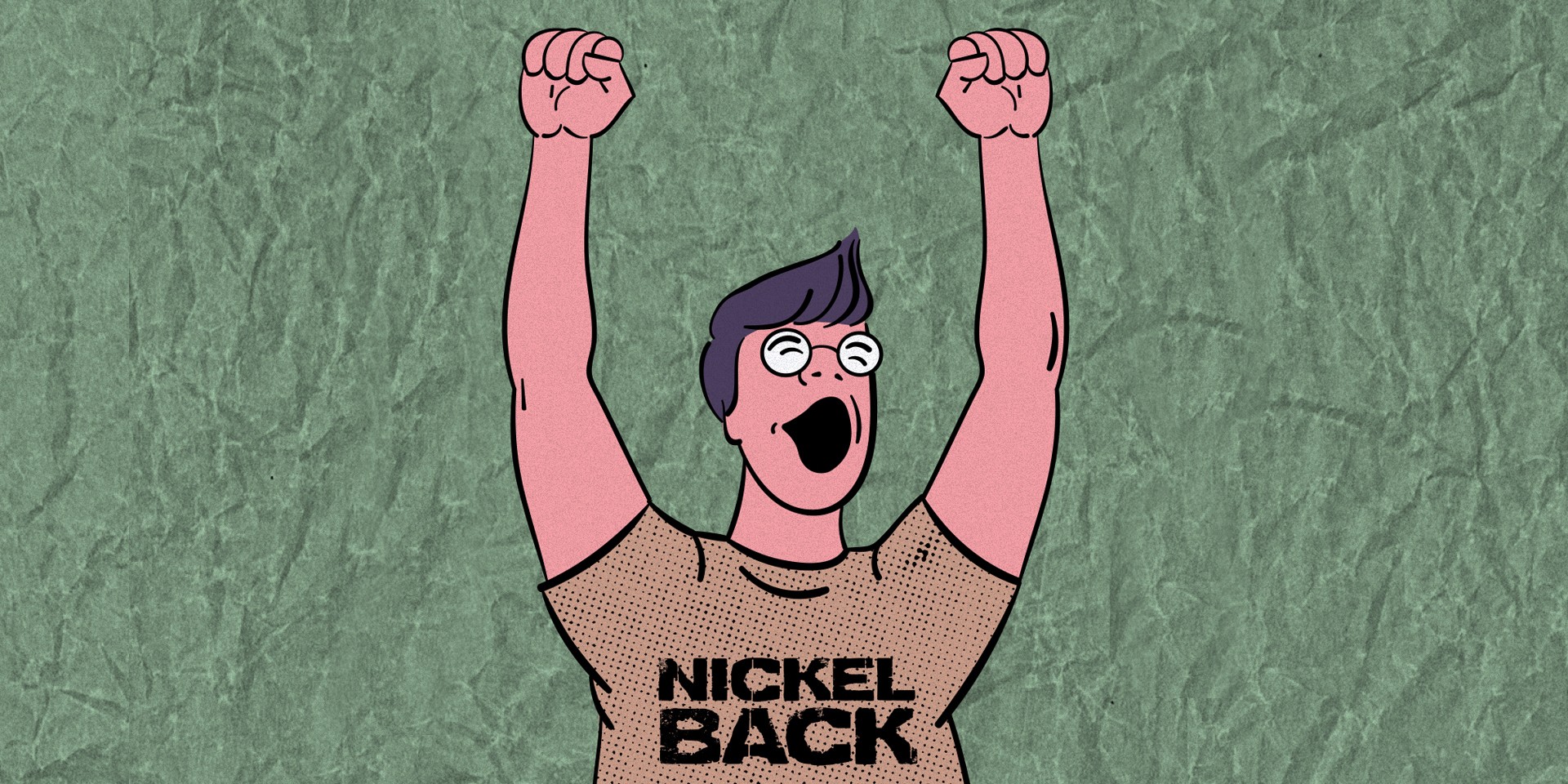 Concerts are just one of the many places you get to meet new people.

Among the bunch of new friends you could make, chances are most of them will be completely into the music, but you'll also have indifferent people — most of them respectful, while there are others who are just plain a**holes.

We give you the lowdown on the four types of assholes you will meet at concerts so you can prep yourself ready for the next show. 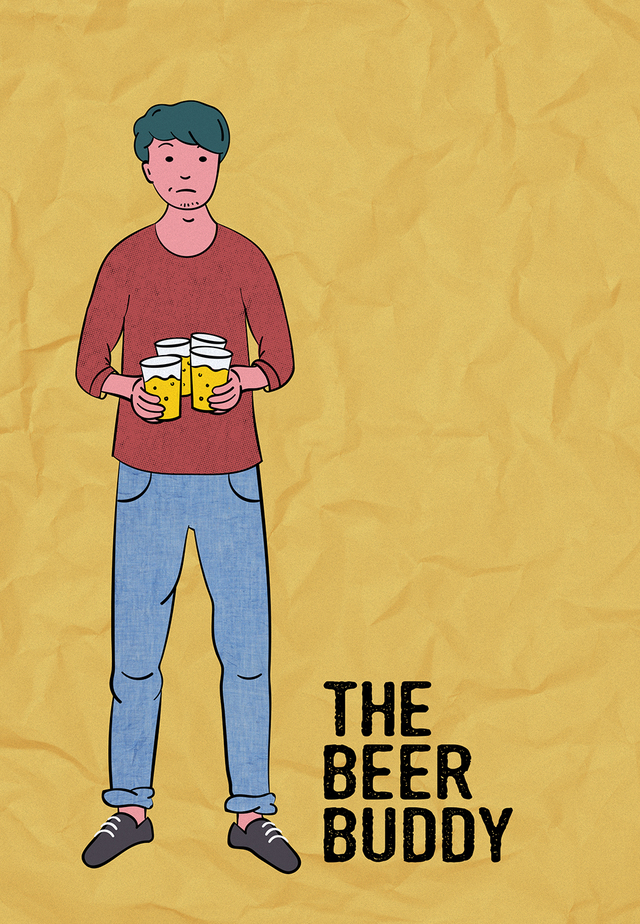 He is the guy who feels parched midway through a show, obnoxiously knocking shoulders and whispering barely-audible ‘excuse me’ as he weasels his way out of the fascinated crowd. After cutting the queue of some hapless yet indifferent festival-goers, he carries four beers in his hand, forsaking carriers and warnings from the attentive bartender.

Meh. Some spillage on the floor and on the shirts of others is no biggie. After all, showing off to your mates about your beer-carrying abilities, that has to be more important right? But of course you'll have to one-up your skills and try your best to call your buddy's name as loud as you can to overpower the loud noise that comes from the live performance, you know, you paid good money to see.

How to Deal: Let them through or risk joining a wet t-shirt contest inadvertently (drunk people are insistent people) Trust us, it’s not worth the stares when they spot your hairy bust. 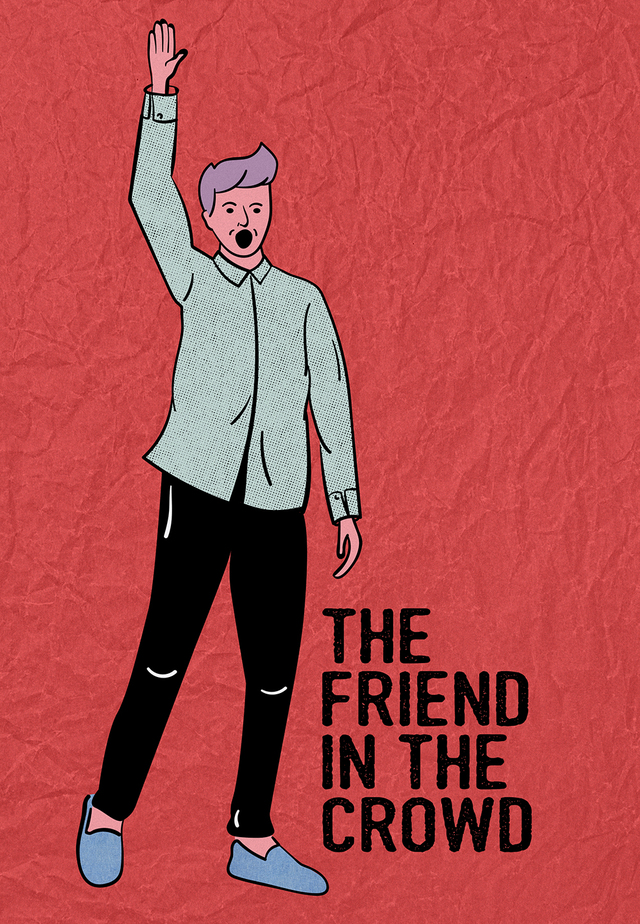 He is the guy yapping loudly into his phone, signaling for his friend in the first row to raise his hand up.

He wants to join him, even if it’s for the second song of the final encore. He eases through the crowd and responds any questionable stares with a finger towards the first row, "my friend". The crowd begrudgingly lets him pass, while a couple in the way insists on retaining solidarity with a ‘You Shall Not Pass’ glare.

How to Deal: Let him through or you can one-up him by telling him of your friends who are already in the first row and lead the way. 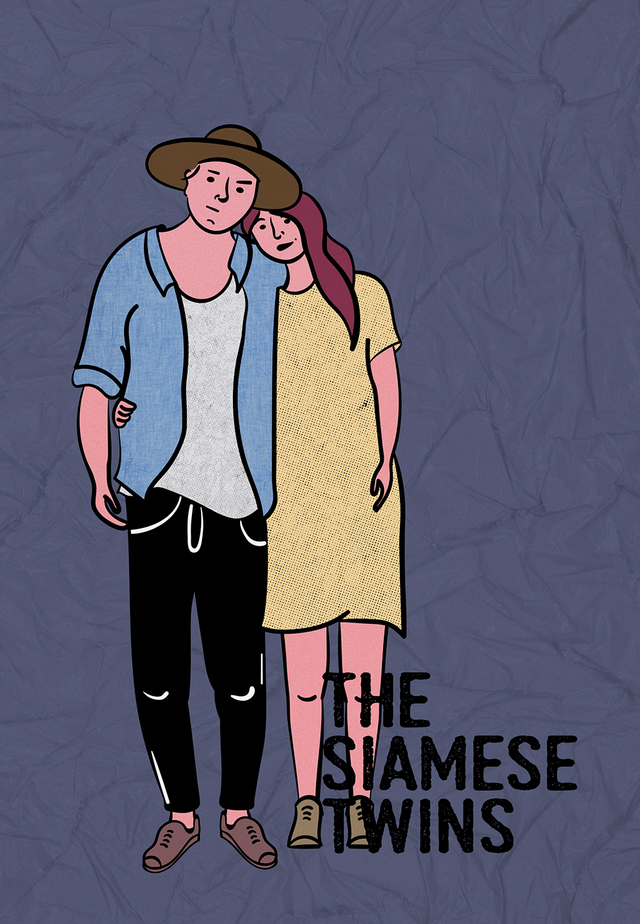 He is the guy who is too afraid of letting his girlfriend stray into the crowd. She is the girl who feels an insurmountable attraction for her partner.

They are insistent on keeping their spot along the sloping hills of Fort Canning despite the pair towering over a bevy of girls at the back. If there is a need for any other indication of their love, it’s the fact that their arms are intertwined throughout the entire show. The only break from that comes when he’s in the portaloo. But even then, they’re in adjacent cubicles, connected by one slinky pipe. One accidental contact with the girl's shoulders and you'll get the classic 'protective boyfriend' glare.

How to Deal: Try a simple request for you to slide in before them, so you get a decent view. But if they are reluctant even after a kind request, let’s see how their relationship holds up in the mosh pit. 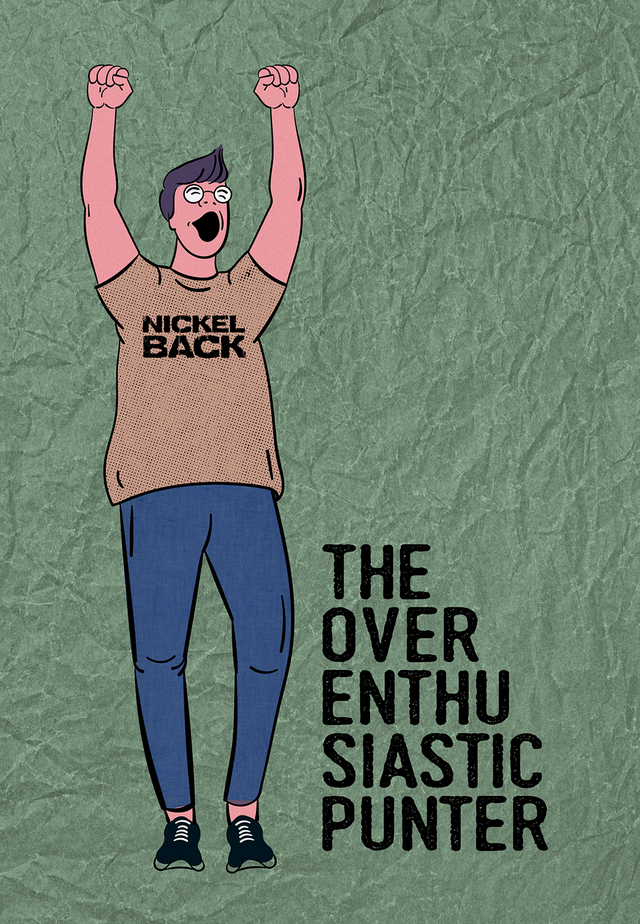 He is the guy decked from head-to-toe in merch. He knows each tune and lyric to the performing band down to the thank you liner notes in the album sleeves.

When the band comes onstage, he will attempt to hi-five the DJ with two hands and when that fails, he would start requesting for B-sides off their unreleased EP that no one has ever heard of, in a possible act of public bragging rights. During songs, he is known to jump awkwardly like a vibrating atom and accidentally collide with the surrounding fans. He is either riding on beer-fueled adrenaline or just pure enthusiasm for the music. We can’t tell one from the other.

How to Deal: Move away from him in the crowd or ensnare him by asking him to pick between two of his favourite bands.

While most of our advice may not be the most logical or sound, concerts are after all that one intimate place for you to feel connected to the performing band. Each concert attendee has his or her own way of showing their love for a band, but at the end of the day, courtesy is king.

Have fun, but be considerate to everyone else!