Words by timwee
Photography by Nor Asyraf

Christmas came early this year for music fans with Bandwagon’s inaugural Music Market! Not content to sit on our journalistic butts, we decided to end off 2013 by causing an aural explosion at the cosy little Lowercase cafe. With objectivity flying out of the window (although is it ever possible to be objective when you are just as passionate about music like us), the Bandwagon crew discarded our usual bystander role and revelled in throwing a high octane Christmas party. Heralded by Stefan Lim, CEO of Gigout! as “the first of its kind” locally, the Music Market was a “refreshing” event that allowed us to mingle with our favourite musical acts, industry figures and most importantly, our valued readers! Much like the mythological figure Janus, our Music Market succeeded in not only tipping our musical hat to the past as well as paying homage to the sounds of the future!

Through our rose-tinted glasses of nostalgia, the Music Market goers were offered a succinct retrospective of the year’s most memorable gigs with our personalized photo wall. The crowd’s musical journey continued with the ever-bustling vinyl market. Drawing the crowd like bees to honey, it was easy to be lost in the stacks of records that ranged from the iconic Beatles to Laneway Festival titans Haim! 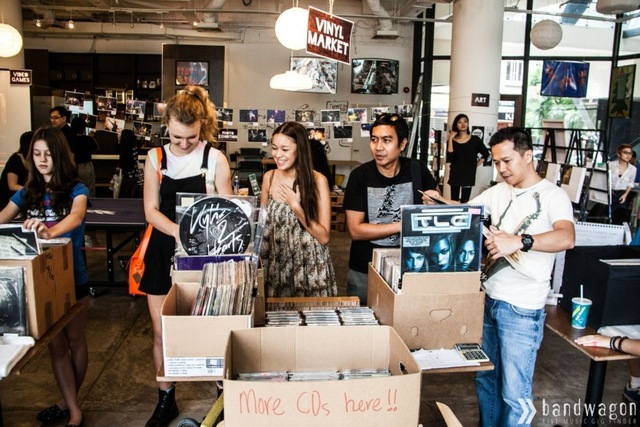 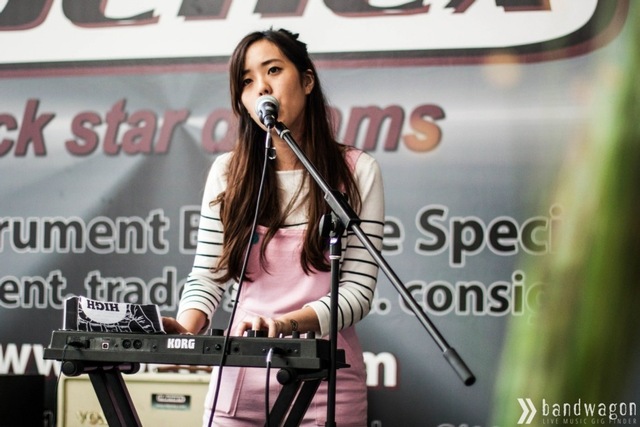 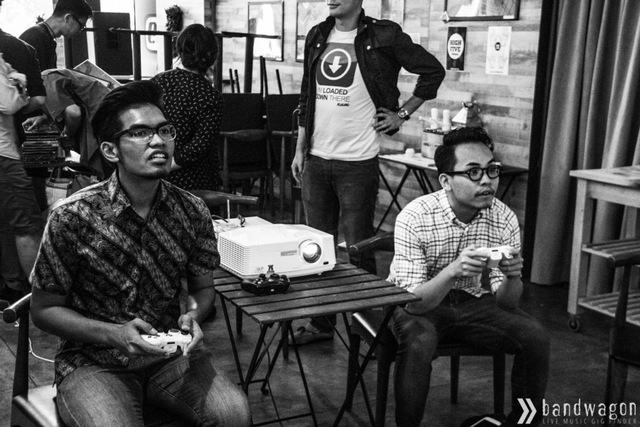 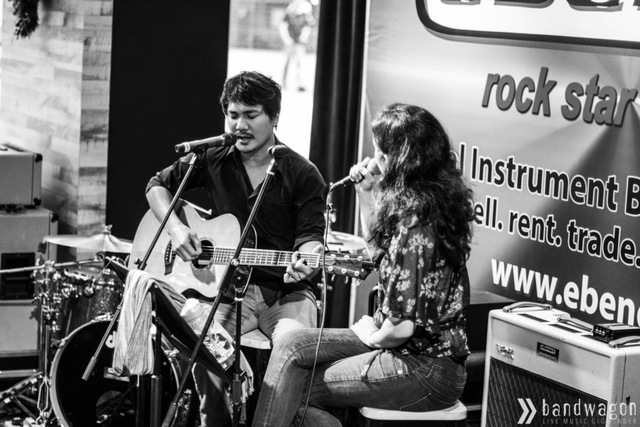 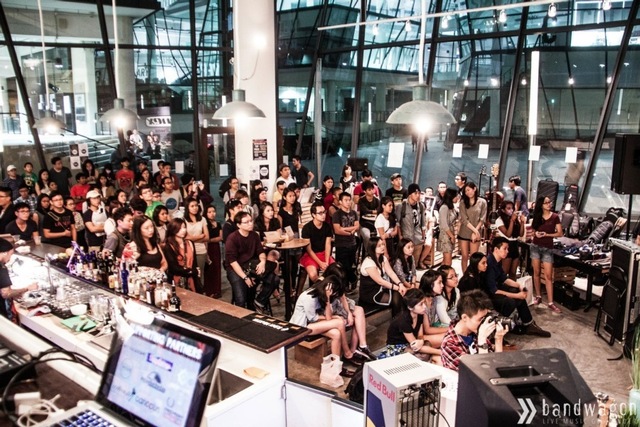 While some were ensnarled by the vinyl tractor beam, the vast majority bathed in the familiar comfort of live musical performances! Kicking off with Pastelpower’s electronic saccharine tunes, Cherie Ko turned on the festive charm leaving everyone feeling all warm and fuzzy inside. Take Two and The Diarists followed suit and made the afternoon quit an idyllic affair with acoustic tunes, light coming the glass windows, pizza, and beer.

Continuing the ‘feel good’ vibes, The Sam Willows took to the stage with such an impact that their performance led to a bee-line to the merch stand right after their set. Edric of Sync Studio was particularly impressed by the expressive performance, stating that The Sam Willows’ musical vibe succeeded in not just conveying human “emotions, but delivering a message across as well”. The crowd stayed on for the moody and hypnotic tunes of .gif and the electrifying ANECHOIS who had to take up the stage and floor. There wasn't a lot of space between the performers and the crowd during their sets - a first in shy gig-going Singapore. It was good to see everyone engrossed in good music and having fun.

Completing the “Flower Power” line up, main headliner The Experience Brothers tore up the stage with their electrifying classic rock n’ roll sound and slick Ray Ban sunnies. Dubbed as the Asian Black Keys, the Indonesian brothers definitely possessed a certain hedonistic rock star swagger that’s sorely missing in today’s music scene. With drummer Daud going hammer and tongs during his solo and Bram’s irreverent behind-the-back guitar showmanship, we are confident that the rock n’ roll gods, Keith Moon and Jimi Hendrix were smiling down on the dynamic duo. The Experience Brother’s masterful performance left us in awe that we were tempted to worship at their feet much like Wayne Campbell and Garth Algar in ‘Wayne’s World’. And to wind things down that day was the Vinyloftheday crew spinning some 80s ditties as we slowly took in the events for that day. 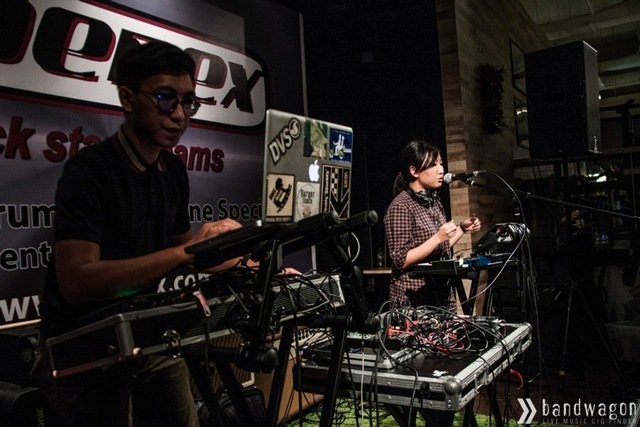 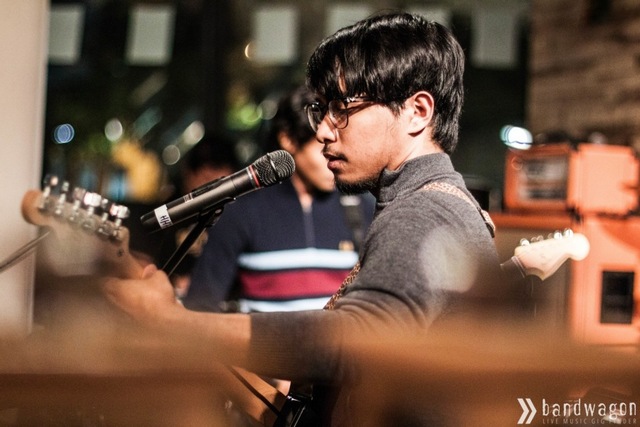 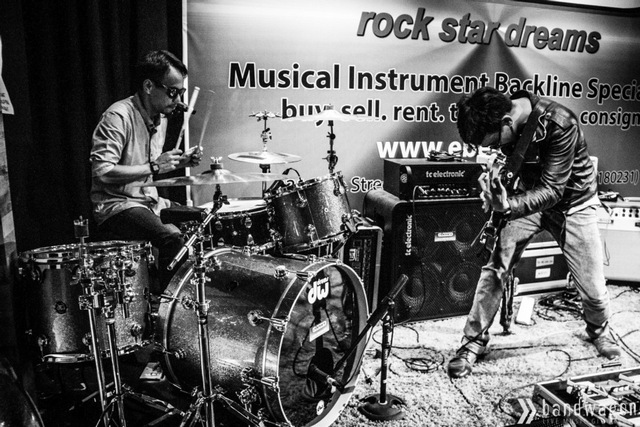 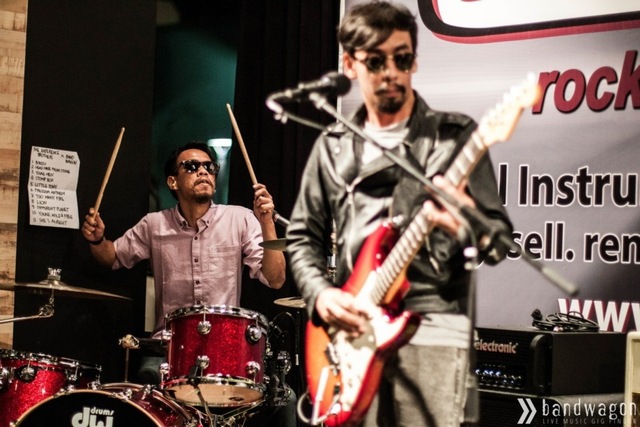 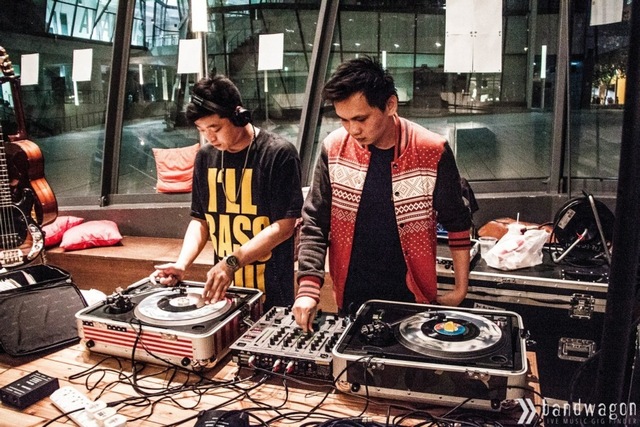 While we remained on our feet, the same cannot be said of our video avatars in the video game realm. Despite feeling an energetic buzz, we were brought to our knees in the retro ‘Marvel vs Capcom’ (all our energy went to moshing, we swear). We were on a roll of defeats as our aching joints fared no better at the Fred Perry’s ping pong challenge (at least, we got consolation badges).

Despite our broken body and the sweat on our brows, it was heartening to hear that our Music Market proved to be a hit with you, the Bandwagon readers. What initially started off as a lively musical party tinged with festive nostalgia had surpassed our wildest expectations! Not only did we raise public exposure for aspiring musical artists, we ended up fostering a “community spirit just like how it was in the kampong” according to our reader Russell. We thank you for your kind support and hope to rock out with you in the coming year!