For Hua Chenyu (华晨宇), it begins with a lyricless song.

It’s 2013, and a bespectacled young man in an inconspicuous white t-shirt hesitates as he introduces his self-composed song during the reality singing contest Super Boy, warning everyone: “It’s a little weird, it doesn’t have any lyrics or a title…It’s kind of a song in Martian language.”

True to his words, for the next two minutes, he lets out a sound straddling the edge of a disembodied wail, keening wordlessly as most of the judges look on, uncomprehending but enraptured. Four months later, he wins the entire competition, and less than a year later, he sold out his first ever concert in less than two minutes.

Hua has become one of the most revered performers today, and for good reason. His performances are an unmatched exercise in versatility, masterfully blending a spectrum of genres as he croons opera in one breath and bellows rap and rock in the next. He alternates between shrieks and hushed whispers, but his own artistic sensibilities are stronger than the impulse to override, and despite the sonic cornucopia, he always retains control.

Hua’s latest album, New World (新世界), similarly remains grounded in its storytelling amidst the swirl of styles and themes, tied together by the concept of universal love. The self and ego take a backseat while Hua turns the scrutiny onto the larger world, putting together a compendium of existential musings—from an aching articulation of loneliness in ‘I'm Here (好想爱这个世界啊)’ to ‘God Tree (神树)''s meticulous approximation of destruction.

“When I wrote songs before, a lot of inspiration was derived from my time abroad. Seeing so many different sceneries spurred many different emotions in me. This album is thus ‘bigger’ in a way,” Hua explains. “When you look at the world, your perspective becomes relatively narrow, but the world on the other hand is ever-expanding, so the things you write will be more universal.” 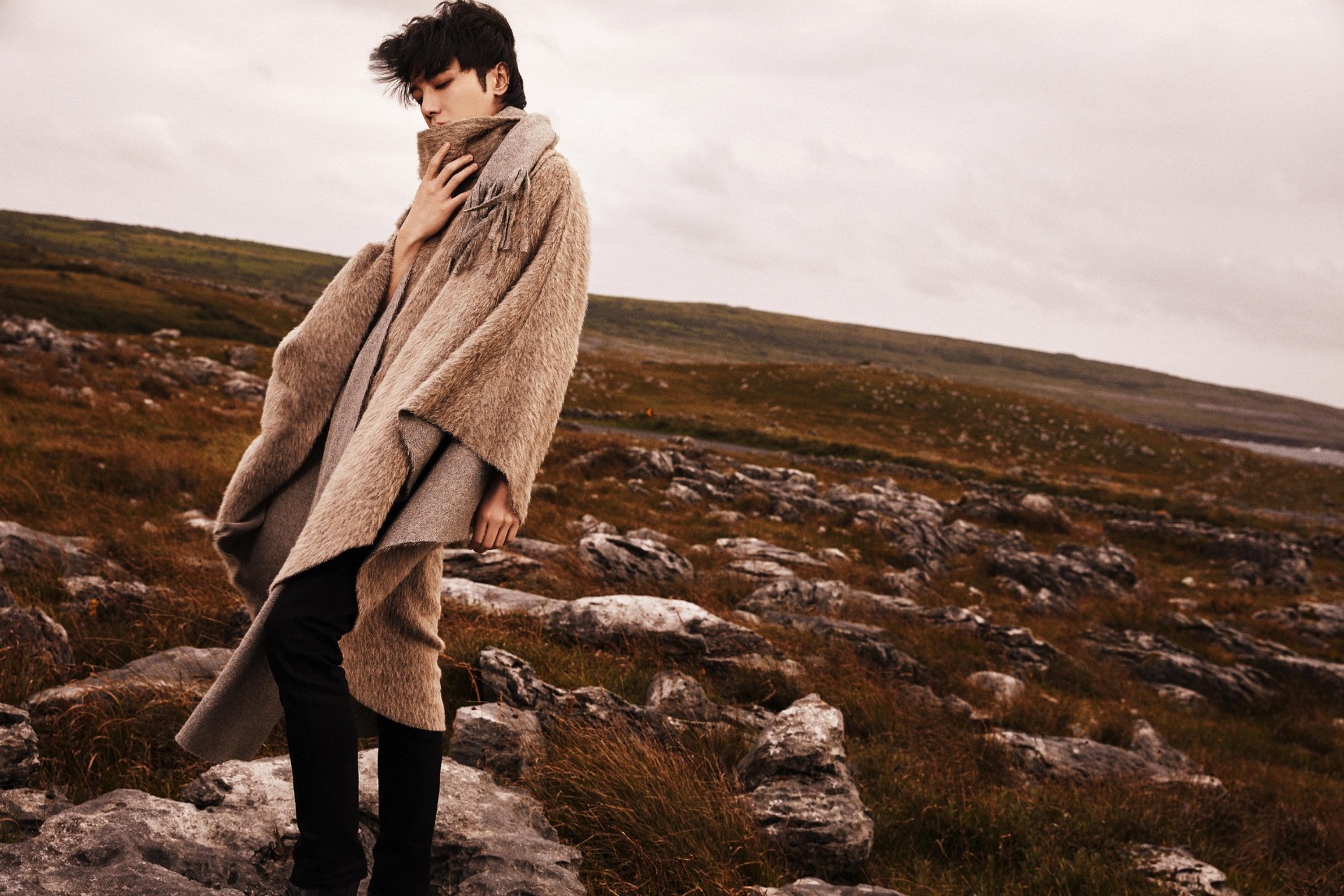 When asked about the different tracks in the album, ‘Conversations with ET (与火星的孩子对话)’ is the first one he picks out. The song was written in collaboration with his fans, affectionately called ET. Hua had invited some of them down for a chat, and they had written the lyrics together based on their conversation. “This is a song about us,” he says, smiling into the camera at the start of the music video. The resulting dialogue is an enduring affirmation of the love and trust between Hua and his Martian children, each pushing the other on with words of encouragement and solidarity.

“It was really fun working on it,” he shares. “This song is one that is full of love, and it’s the first time making music with my fans like this.”

He also takes an interest in our natural environment in ‘God Tree (神树)’. Inspiration for the song struck Hua as he was gazing idly out of his windows at home. Stirred by the sight of the towering buildings, he wondered what the landscape would look like if those buildings were to collapse entirely.

“Imagine a tree bursting out from amidst the ruin, shooting up to a majestic height. As it grows, its roots begin to overturn the buildings and the earth itself,” he says. “Of course, this tree is just a metaphor, but this is symbolic of a seedling’s potential to sprout into a massive force of nature that will force us to restore our greenery to its primal, native state.”

There is unease in the song that creeps, builds, and eventually devours. It’s as much a warning as it is a call to action. “If we don’t start treating the world around us with more care, nature will be forced to protect itself in its own ways,” Hua cautions. “In the time spent living in big cities in recent years, we’ve experienced periods of time where the haze has been especially bad. These moments are reminders that we should put in more effort in protecting our natural environment.”

Ordinary moments that are usually overlooked in the rush of everyday life have been amplified during the pandemic, and it is from this humdrum of everyday life that Hua usually draws his inspiration. However, two tracks on the album in particular gave him more trouble than usual.

He shares that he spent the most time on ‘Bullfight (斗牛)’, having completed the main body of the song but struggled to come up with the chorus. “It took me about a month to write,” he says. “Everything I thought of then didn’t express the melody I wanted, and I fell into an endless loop of writing and rewriting over and over again. I ended up taking a break for a couple of days to allow myself to forget the melody I wrote previously and started writing anew. It was a cycle of doubting myself and persevering in finding the ideal melody I had in mind.”

‘Split (七重人格)’ was another song that gave him a fair bit of grief. After finishing the riff, he spent another 7-8 hours poring over the rest of the song, and even invited his friend Zuo Li over to have him play the riff out loud in order to see how it sounded with the guitar.

“We barely stopped to take a break,” Hua recalls. “We just kept organising the verse arrangements. Zuo Li got pretty tired and hungry at some point, but I kept urging him on, telling him ‘let’s eat after we’re done writing’. By the time we were finished, it was about 2AM, then we went out for a meal. I was really happy when we were done writing.”

Aside from the release of the album, Hua has also just wrapped up his run on the Chinese reality singing competition Singer 2020, and it looks like he might be dropping back for a break before resuming his activities. “I will definitely put more effort into learning how to cook during my holidays, haha. I want to learn to cook lots of good food by myself. I want to be able to take care of myself and make sure I have enough food and clothes.”

Recently resurfacing with a new hairstyle, the singer jokingly explains the absence of his signature overgrown fringe, claiming that summer is the perfect season for shaved heads. “Because I’m the kind of person who’s lazy about cutting my hair, I like to just trim it really short in one shot so that I won’t have to get another haircut for at least half a year. That’s why I usually just choose to shave a bald head during my down time—it’s convenient and comfortable when sleeping too.” 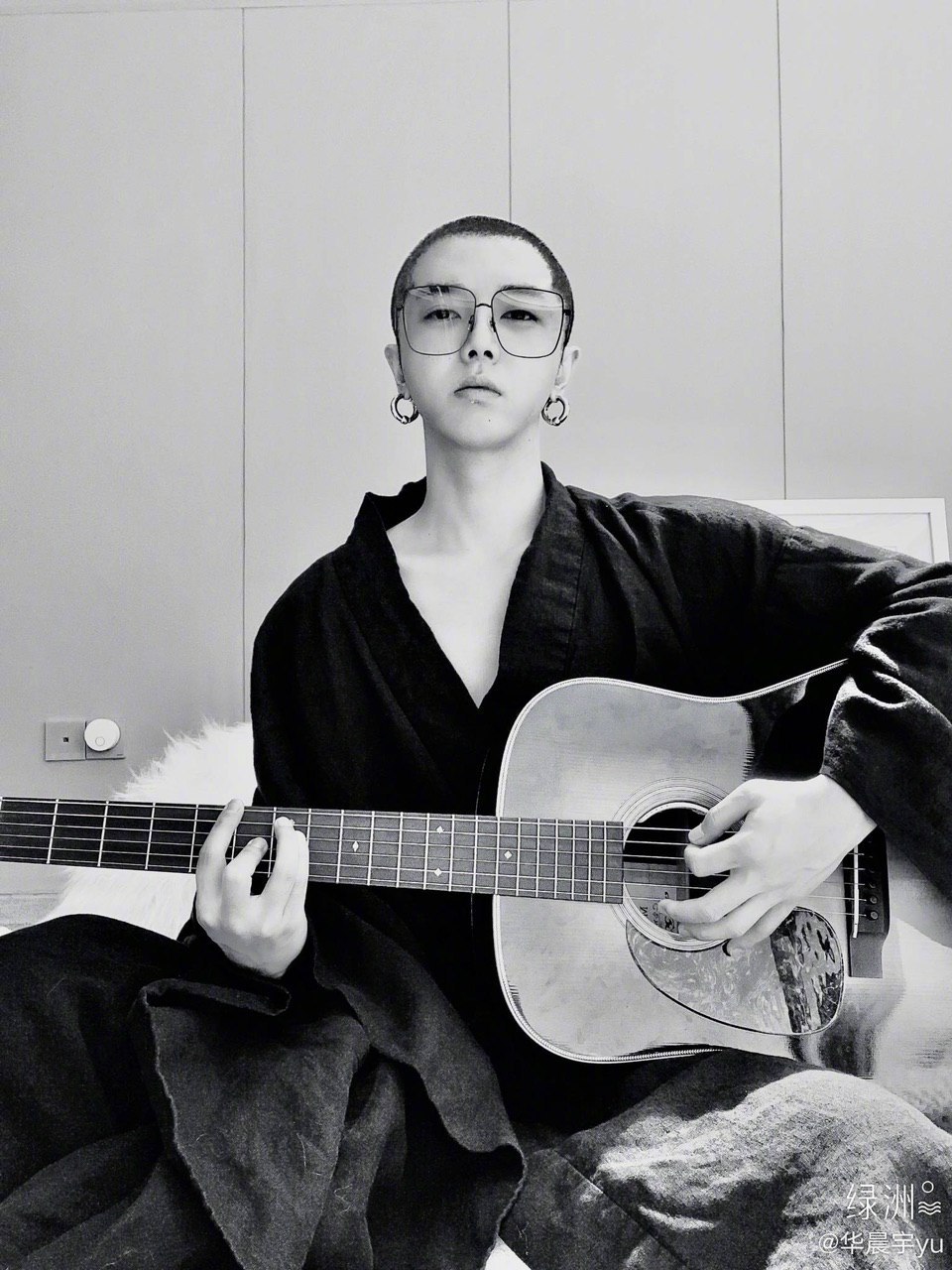 For now, fans will have to keep up with Hua and his culinary journey through Weibo before they get to reconcile with the singer at a concert. According to Hua, live shows don’t seem to be on the cards for now, at least until circumstances stabilise.

“Safety comes first, we still have to take everyone's well-being into consideration. We’ll wait for a completely safe situation before holding a concert. This way everyone can hang out together without pressure, which is pretty good.”

Listen to New World (新世界) below.