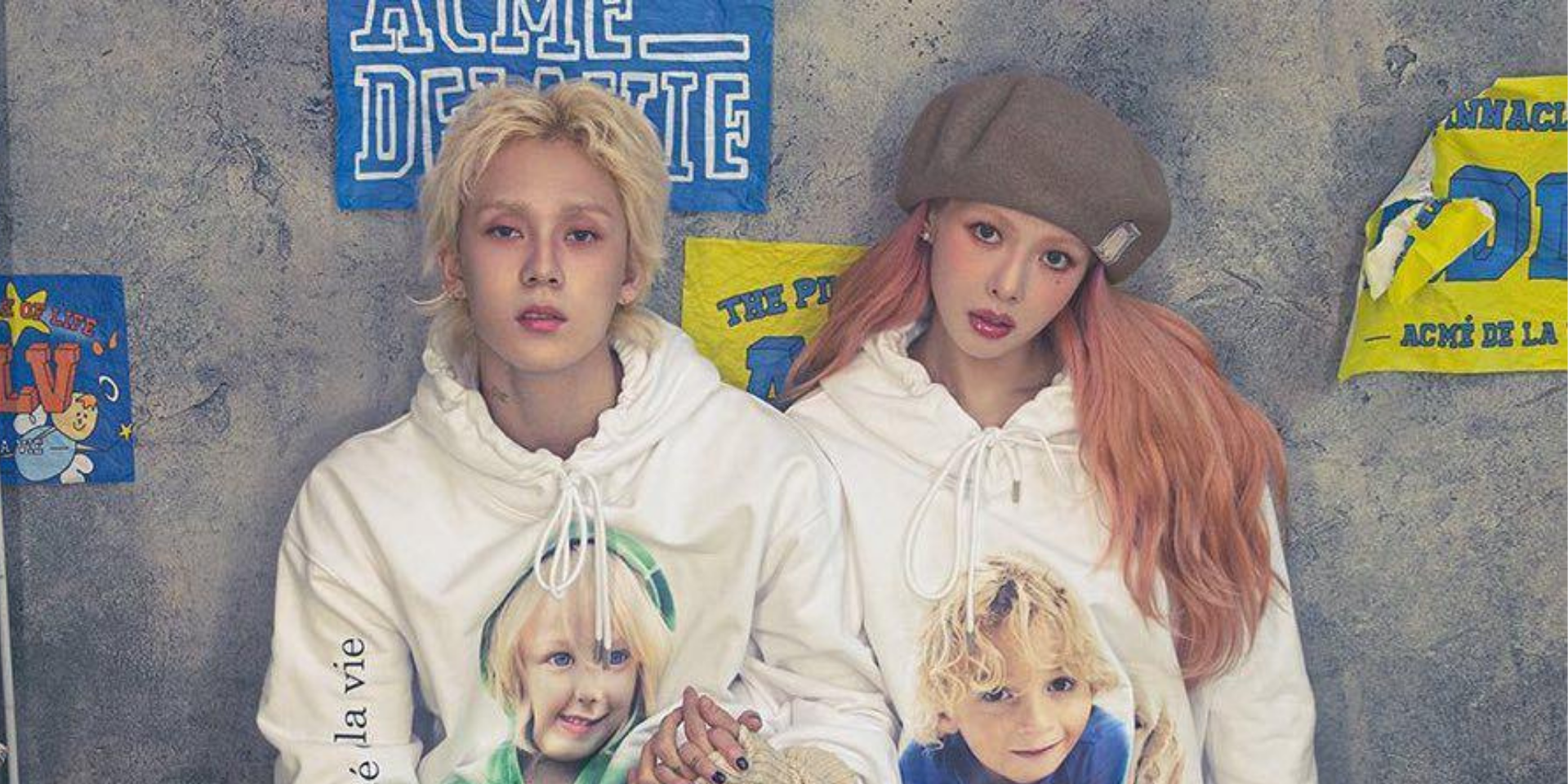 HyunA and DAWN have released their first record together titled 1+1=1!

The announcement was made via a teaser video on their label P NATION's official Twitter account. According to the label, the EP will be released on 9 September at 6 PM KST (4 PM JKT, 5 PM PHT/SGT).

They also unveiled the album's cover art on 1 September.

HyunA had shared a snippet of the 'PING PONG' music video earlier on 16 August. In her caption, the singer had also shared that the filming of the music video took "two full days", and that she had fainted on set.

"My blood pressure at the time was 70 over 40, so I couldn’t continue filming immediately. But what I thought alone when I returned home after finishing was, 'Wow, what a relief'," said HyunA in her Instagram post.

"Our A-ing (HyunA’s fanclub) I’ll perform as much as my body can handle, and I’ll work hard to not make you feel ashamed."

DAWN had also shared a clip from the music video, where the couple can be seen in each other's arms in what seems to be part of a museum exhibition.

It was earlier announced that the longtime couple and labelmates would be debuting as a duo. HyunA last released an EP titled 'I'm Not Cool' early this year, while DAWN last dropped a track titled 'DAWNDIDIDAWN' in 2020 featuring rapper Jessi. They began dating in 2016 and are the first couple to make their debut as a duo in the K-pop scene.