New Rules and Iñigo Pascual are teaming up to hit the road.

The British band behind '24 Hours' and 'Home Sweet Hotel' will be swinging by Manila for a series of mall shows this February. Their Manila tour will take them to the Ayala Malls Circuit Makati on February 1 (Saturday) and Market! Market! in Taguig on February 2 (Sunday), where they will be joined by the 'Dahil Sa'yo' singer.

"We see you guys online all the time, so to get to come and see you in person is really special," New Rules say in a statement. "We’re also gonna be playing lots of shows in Manila so hopefully we’ll see all of you guys there."

Following their mall shows in Manila, New Rules are scheduled to embark on their UK and Ireland tour—taking them to Dublin, Belfast, Manchester, Sheffield, Glasgow, Birmingham, Newcastle, and London—and will be taking Pascual along on the ride.

Admission to New Rules Live in Manila is free. 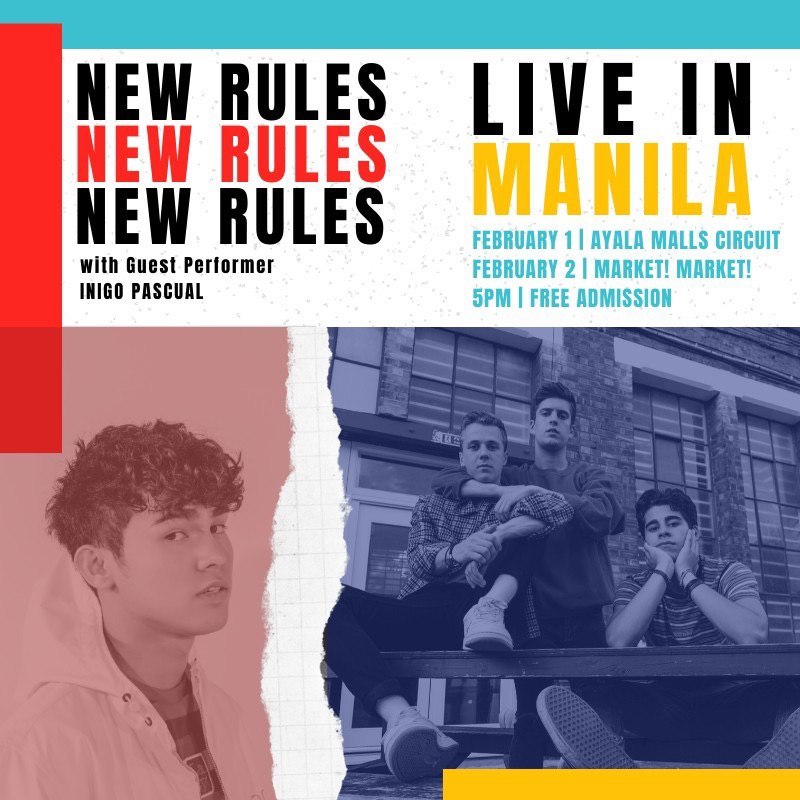 Check out the 'Bad Guy' and 'Options' mashup below.

New Rules Live in Manila is brought to you by Star Events.