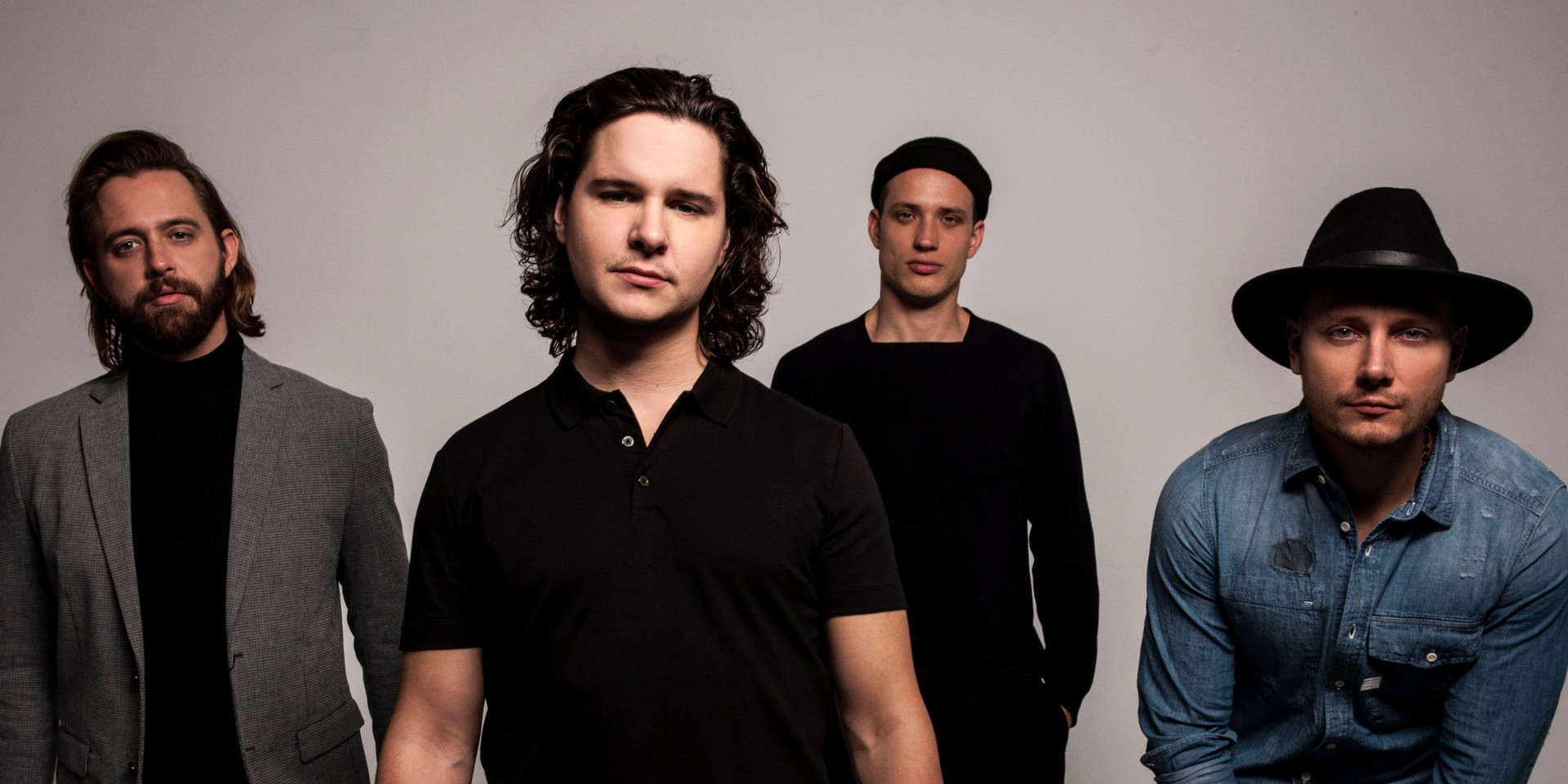 With over 13 million monthly listeners on Spotify and multiple music videos on YouTube crossing the million view mark, Lukas Graham has undeniably become one of the largest groups to surface in recent years. Thanks to sleeper hit '7 years', which is creeping close to one billion streams on Spotify, the Danish band has made a name for itself with the perfect blend of radio pop, soul and elements of funk.

Bandwagon sat down with Lukas Forchhammer, frontman of the band to talk about 3 (The Purple Album), 'Mama Said' and more. Check out the complete interview below.

Congrats on 3 (The Purple Album). It is very noticeably darker than your earlier work. What influenced that turn?

It's funny that you mention the darker shift. Every interviewer that has children sees the album as a very bright, very positive piece of work, while those without children tend to see the darker tones come out a bit more. It's completely understandable, though. To each their own. It's really funny that people have those two completely opposite views. I guess it's because you have a song like 'You're Not The Only One (Redemption Song)' about political change, I feel that I owe it to my daughter to speak on this matter.

There's a song called 'Stick Around', that's essentially about dying one day, but I'll stick around for now and I'll help you while I can. To me, that's not necessarily a sad song. With a lot of the songs on this record, you can see them in a different light, depending on where you are in life at the moment of listening to it. That's the beauty of creating art; everyone can have a different opinion and no one is wrong. That's why I love doing what I do. To sum everything up, the shift was inspired by my daughter. 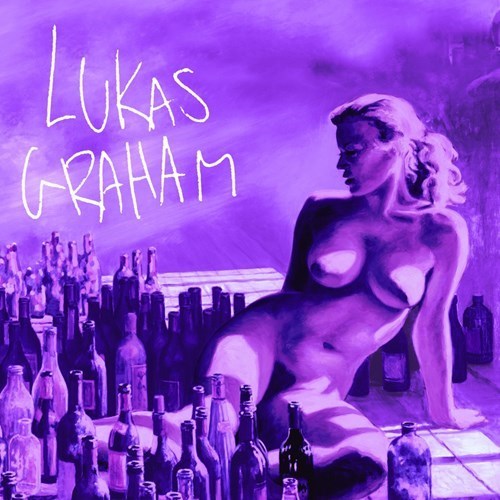 What's a great memory you have from the writing and recording process of the album?

Apart from my daughter, I think some of the best memories was definitely writing with my guys. When we wrote 'Promise' and 'Stick Around', it was with two girls Brittany "Chi" Coney and Denisia "Blue" Andrews.

They were so fun and energetic and we agreed that the next time we work together, we want one day to just talk because we got super spiritual and talked about religion and faith; stuff that people from where I'm from don't normally talk about. Where I'm from, people aren't super religious so it's hard to talk about faith and I'm not a very religious man, but I have a lot of faith and I can only talk about these things to a handful of people, so that was really nice.

How do you feel about the global success of 'Mama Said' and '7 Years'?

There are two feelings because it's weird that we're becoming more famous and more watched, people are more aware that we exist. When you're walking through an airport in some random country and someone comes up to you and asks for a picture, that's weird. We're still getting used to that.

But it also feels great knowing that I've spent time with some really good friends of mine working on songs that we thought were great and other people around the world agree with us and want to hear it. When I think about where I am in life, that I'm 16 hours away from where I grew up; a house with no bathroom or a toilet, and now I'm in Singapore doing an interview in a luxury hotel. A lot has changed.

Was there any pressure heading back into the studio after the success of ‘7 Years’?

Generally, I'm pretty good under pressure. I didn't feel any pressure to create the new '7 Years' because '7 Years' is '7 Years', once you change anything, it's not going to be the same song. What I focus on when I'm being creative is being honest with myself and feeling the songs. We had written almost 40 songs but we released 10 so the rest were eliminated from the list and that process is probably the more painful part.

You're essentially killing your darlings with your darlings. That's where the pressure comes in. You can't tell for sure what songs are going to do well. Personally you might really like a song but it doesn't connect with the audience, and a song that was eliminated could very well have been the biggest song the band has ever done. It's a leap of faith.

What happens to the rest of the songs that don't make the cut? Do you rework them for future releases, or a B-side?

Sometimes other people pick them up. It's not necessarily that the songs aren't good, they just maybe don't fit the narrative. The Purple album is the most complete artwork I've ever released. It's one album, one story. I do scavenge old songs sometimes, you can take five love songs and make them one.

Or if you need just one line, or one melody, sure, we'll pick that apart from an old unused song. When it comes to lyrics, I always write my lines down in a physical book, so I can always go back to them and see how I wrote something. It doesn't happen a lot because I feel that I get better the more I write songs and I'm constantly improving. 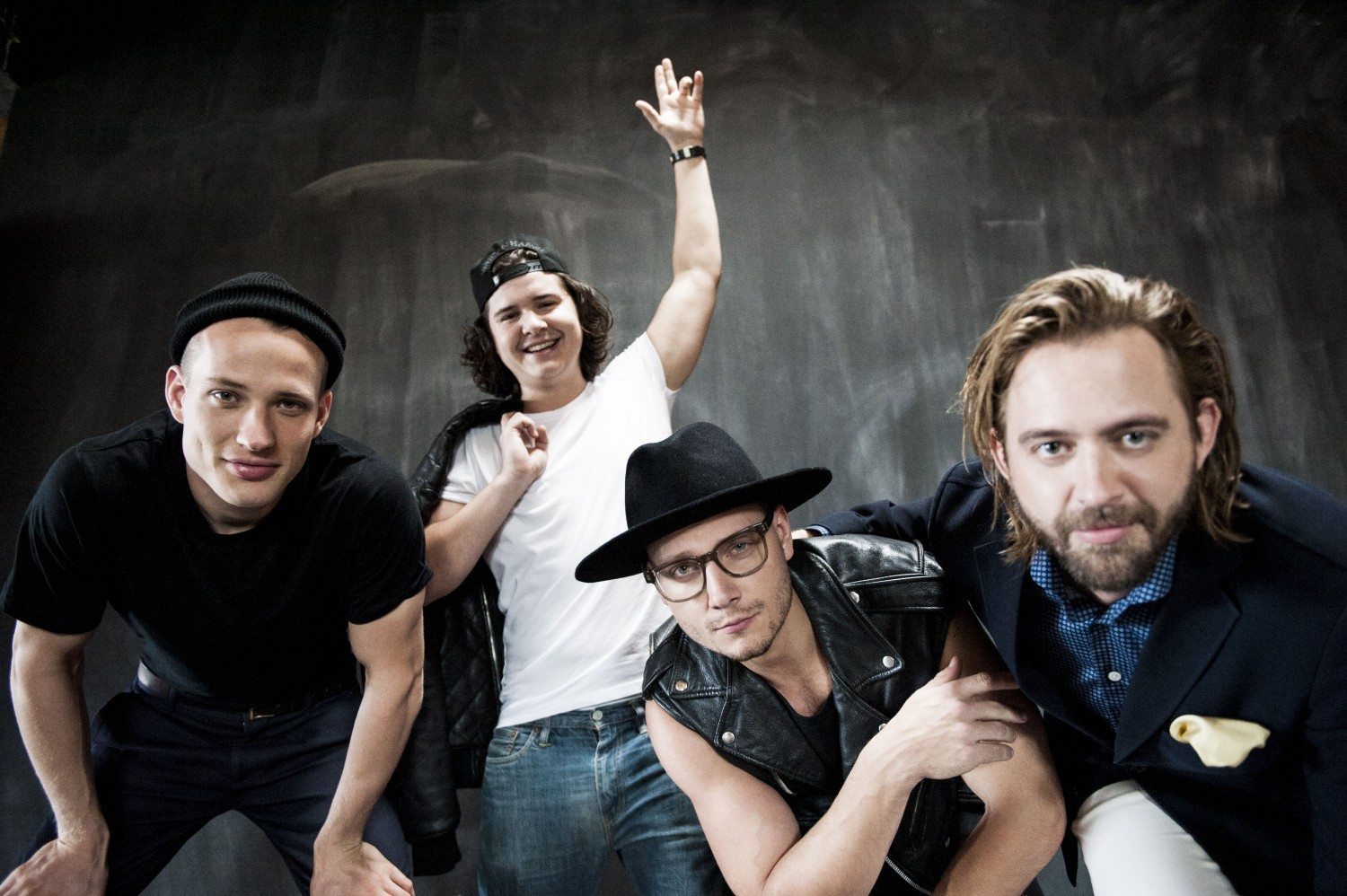 What is the story behind 'Mama Said'?

I had written a lot of sad songs about my father dying. A friend of mine, whose father actually died very recently came to my house one day and he was listening to some new songs. We grew up hand in hand, we went through several life-changing experiences together. As he was listening to the tracks, he said "Wow, you've written a lot of songs about your dad. You do know he's dead right?" and I asked him what he meant. He said "Your mom is still alive, she's still here. Where is her song?" and I got super sad because my mom comes to every show and I had never written her a song.

On the way home during a blizzard, I started writing the chorus to 'Mama Said' and I finished it back in Copenhagen a few weeks later. It's not my favourite song that I've ever written but I'm really proud of it because it tells the story of how powerful my mom was, and still is. We grew up wearing second-hand clothes and eating leftovers, I remember everything. That's probably why I won't ever let the valet take my suitcase up to my room.

My hopes, my dreams, my ambitions, my goals? I want to further my career and I want more people to know our songs and sing along to them but at the same time, I want more time with my daughter and my wife. I want to show the world that you can balance a tough, hard, under-pressure work life with loving, caring, calm family life.

Special thanks to Warner Music Singapore for the interview