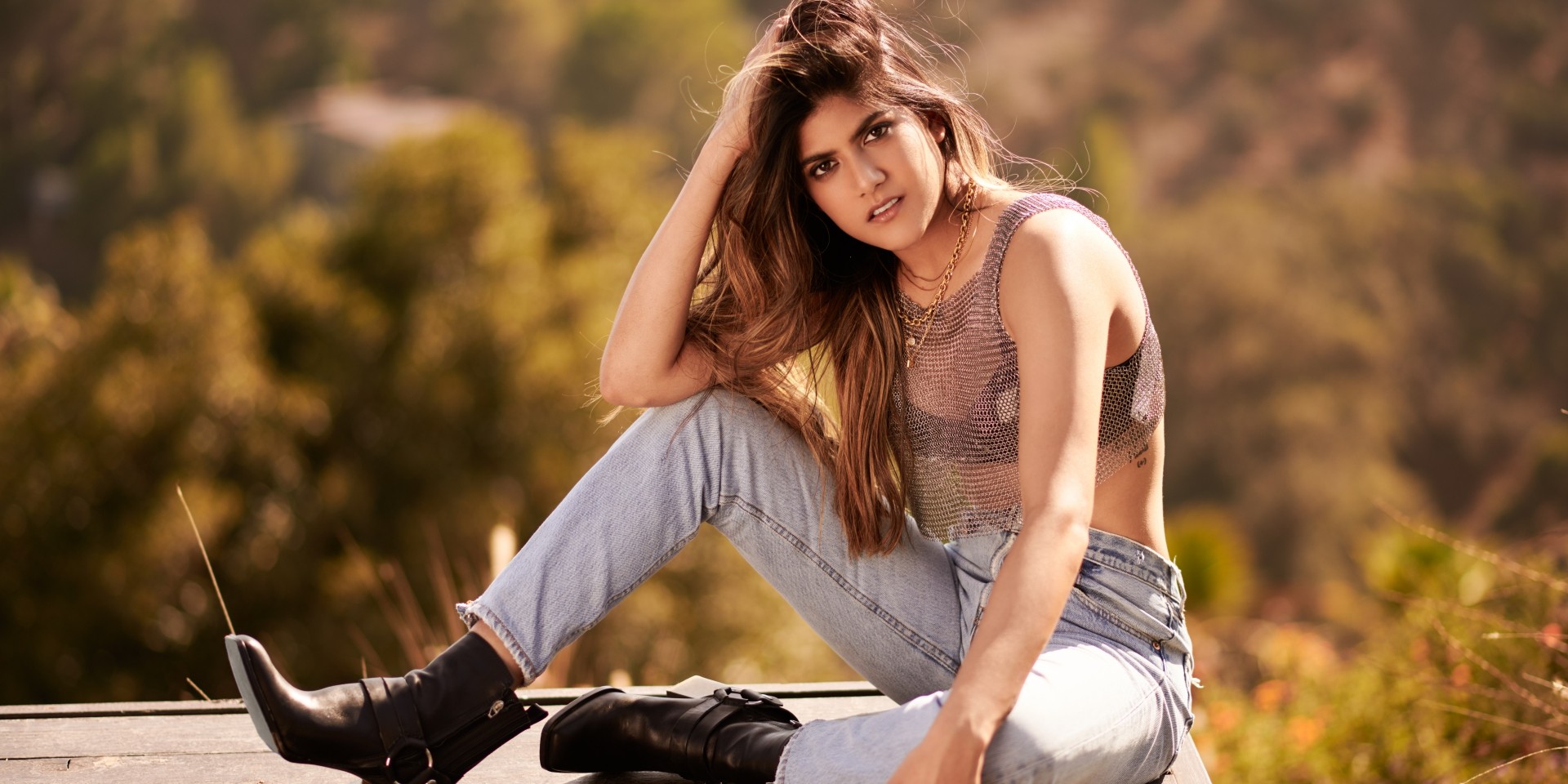 Let’s face it: There’s a certain measure of invincibility that resides in the intersection of power and privilege. But it’s the former that is the beating heart of Ananya Birla’s calling in life. She may be the daughter of the sixth richest man in India but her disparate endeavours, of which music is a pivotal part, beam with a gloriously empowering thrust.

Now 24 years old, the Mumbai singer-songwriter became the first artist to go platinum with an English song in India – she now has three platinum singles to her name. Her blossoming body of work includes the Afrojack-remixed ‘Livin’ The Life’ and recent EDM-pop jaunt ‘Better’. In April this year, she’ll lift the veil on a collaboration with Sean Kingston.

Outside music, she’s burnt a niche as a businesswoman with a socially conscious outlook. At 17, she founded her own mircofinance company to fund female entrepreneurs in rural India. Together with her mother, she also established MpowerMinds, an organisation purpose-built to promote an awareness of mental health and serve as a source of healing and support for people undergoing mental and emotional duress.

Read more about her life, music and big-picture plans in our interview with her below.

I’m a singer-songwriter, entrepreneur and mental health campaigner from Mumbai.

Last year, I became the first homegrown musician in India to go platinum with an English track, which was amazing. Not too long ago, before I signed with Universal, I was still performing on tiny stages around London, .

It’s been an amazing couple of years, which have shown me how much more open audiences in India are to international sounds. I also recently performed at Asia’s biggest EDM festival, where I debuted my latest track ‘Better’, and right now, I’m finalising my next release, a collaboration with Sean Kingston, which is out in April.

Back in Mumbai, I run a mental health initiative, Mpower. We support individuals and the families of people facing mental health issues, who have often been ignored and discriminated against, by campaigning and providing holistic care services. We also put on amazing music concerts around the country to raise awareness.

My family are quite well-known in business back home. I was definitely influenced by that growing up, and so when I was 17, I launched my first venture called Svatantra, which means ‘freedom’ in Hindi. Svatantra aims to empower women in rural India by offering services that help them develop their businesses and become financially independent. 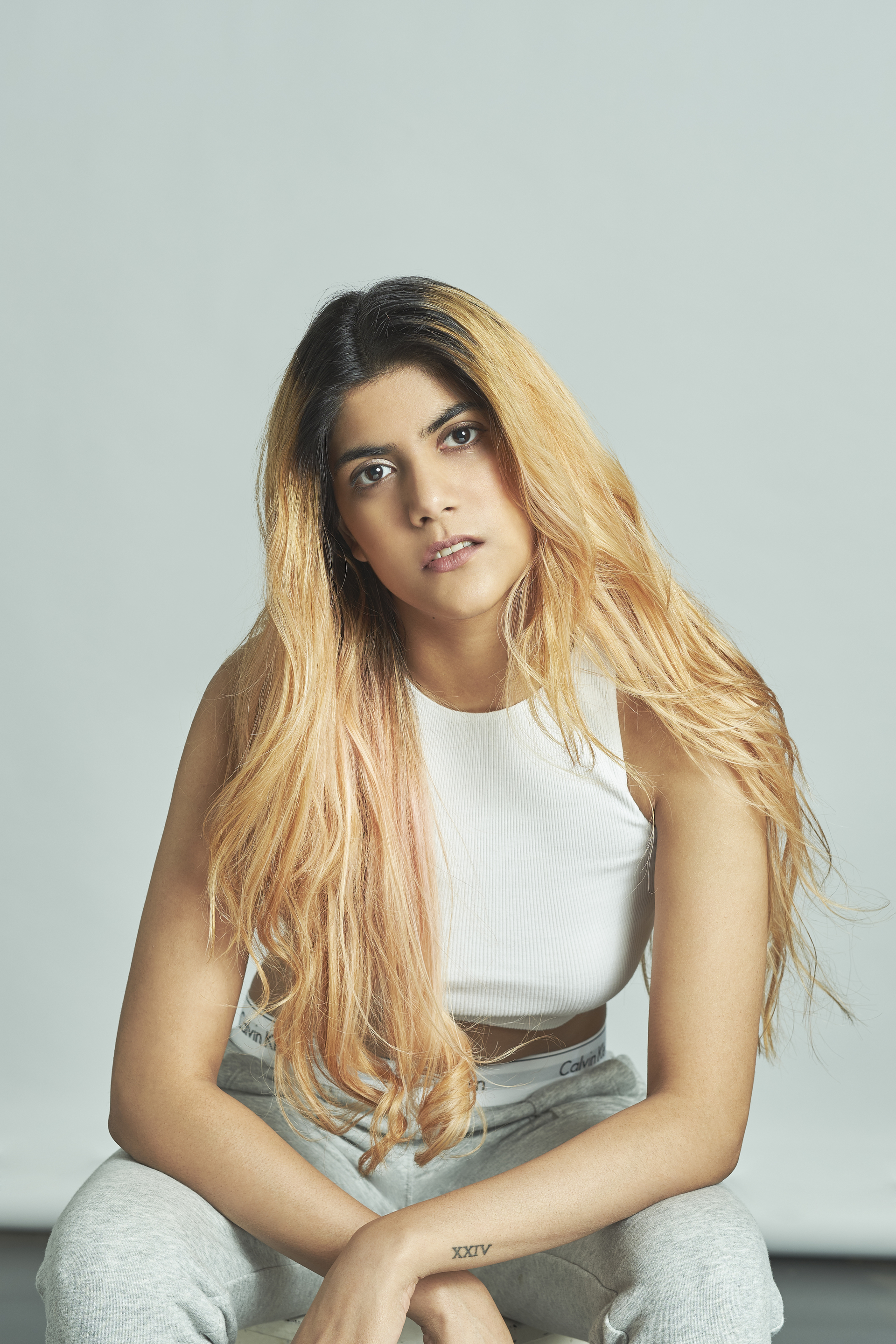 And what made you want to pursue music?

It was a massive part of my life growing up. Nothing gave me more joy than listening to music or playing instruments. I was kind of quiet and shy, back then, but music, especially songwriting, gave me a whole new way of opening up and expressing myself.

I was originally inspired by my mom, who played an Indian instrument called the santoor. I was totally entranced whenever I watched her and so started playing when I was six or seven. Then, as a teenager, I taught myself the guitar.

When I got to university in the UK, I was writing and performing regularly. I would head to London every weekend for little gigs or open mic nights and, no matter how small the crowd, I realised that nothing made me feel more complete.

I was nervous about turning my passion into a career; putting yourself out there in a new way is scary for sure, but I’m so happy that I continued to work at it. There’s never a ‘good time’ to take a big risk like that but I truly believe that people should always try to follow the thing that sparks fire in their soul.

You’re an accomplished businesswoman and are at the helm of several companies. How does music fit into your schedule?

I am incredibly passionate about everything I do and I’m also not great at taking time off – those things really help!

It took me a while to establish balance. I even went through a phase where I brought a mattress into the office. A good power nap can completely change the day around!

My businesses are strong, right now, and I have amazing teams in place, which allow me to take more of a strategic role. This means I can spend more time in the studio and less in the office.

Your debut single ‘Livin’ The Life’ has garnered 5 million views and it even got remixed by Afrojack in 2017. How do you feel about the reception it’s enjoyed?

Thank you! It was great to get such a big response on my first single. I have a lot to thank Universal for that as the label helped make my music accessible to people from all over the world. It was also awesome to work with Afrojack, who is such a funny guy and a massive presence – both as a personality and literally too…he’s like 7 ft tall!

My music’s developed since then. I really feel like I’ve found my sound with my last few tracks and I’m delighted that more and more people are appreciating what I’m putting out. I hope that positivity encourages other young musicians across Asia to be confident about taking chances and ‘thinking globally’.

Music is becoming so much more international. Just look at the rise of K-Pop and Latin music. ‘Foreign’ music is not really a thing anymore. It’s all just music and we artists need to take a cue from audiences and start embracing that more.

Let’s move on to your latest single ‘Better’. Take us through the process of how you constructed the narrative for the song.

All my music is authentic to my own experience, I think fans appreciate when it comes from the heart – it means you can connect so much better with a song.

I write about the things we all go through: Love, heartbreak, friendship and finding your path. I wrote 'Better' to celebrate the people in our lives who make us stronger. Last year taught me a lot about who you can really trust and rely on to be there for you when things get rough and I wanted to give a shout out to those amazing people I’m lucky enough to have in my life who encourage me to be a better version of myself.

How did MPower come about and are there plans to integrate music in the programs, if you haven’t done so already, or are you keeping both strictly separate?

A few years ago, I battled anxiety and panic attacks. I was lucky to eventually get the help I needed, but when I returned to India, I saw how difficult it was for others who were suffering. I wanted to do something about it so I launched Mpower. We are making great progress already, but there is such a long way to go.

I definitely see ties between my music and Mpower. I’ve always believed in the power of music – live music, particularly – to bring people together and create a sense of community and belonging. This has manifested in the concerts I host through Mpower to raise awareness. We are looking at loads of other things we can do over the coming months to build on that momentum.

There’s also always new evidence emerging about the relationship between music and mental health, and how it can be a really positive force when someone is struggling. On the flip side, we see loads of musicians who face massive battles with things like depression, anxiety and substance abuse. We’ve lost so many amazing talents in the industry from all over the world –it really highlights how mental illness does not discriminate. It can affect anyone.

With Mpower, we want people to know that it is OK to not to always be OK, and for them to know that there is help available should they need it. Eventually I want to take Mpower internationally, but at this early stage, I want to focus on the situation in India.

Will there be a full-length album from you soon?

I have my first EP coming out in April, which is incredibly exciting. We’ve worked with artists all over the world to bring something together which I’m really proud of. I collaborated with hip-hop artists in Nigeria, producers in Norway and Atlanta and superstars like Sean Kingston. I can’t wait to get it out.

What are your big-picture plans for 2019?

I want to continue to do the things I love, and hopefully, make a positive difference at the same time. It’s been amazing to have been recently taken on by Island Records in the UK, which also works with artists like Post Malone and Ariana Grande. With Island and Universal on board, I have a great feeling about this year. I’ll be doing more live shows for sure, as well as spreading the word about Mpower at talks around the world.