Singer-songwriter Ian Penn is taking his music from his hometown of Angeles, Pampanga to the rest of the Philippines. The folk artist is kicking off his tour next month and is set to travel across towns in Luzon, Visayas, and Mindanao.

Penn, who has gone on an extensive tour of the country opening for Clem Castro's Dragonfly Collector, is setting off for his own headlining tour from March to May this year.

"I wanted to go on a nationwide tour after we released Water from the Creek. A lot of people who live in provinces don't get to see indie acts like me, so we are gonna go there instead. I also look forward to meeting the musicians and artists who are not based in Manila. It seems like they have their own thing going in each city and we wanna join their party," Penn shares. 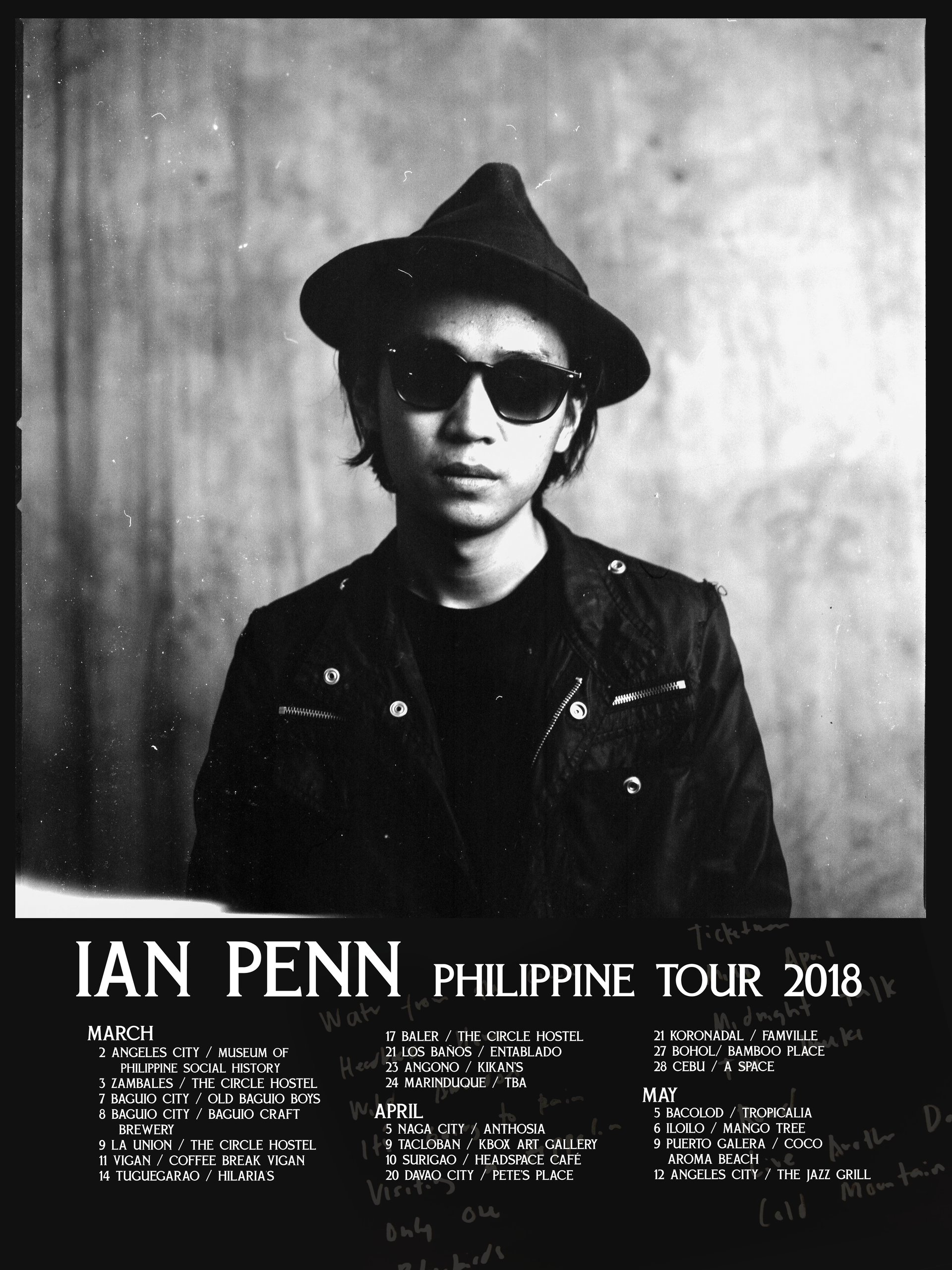 According to the singer-songwriter, some shows will have a full band set-up with Twin Lobster's Pat Sarabia and Marc Inting, and The Geeks's Jam Lorenzo.

A number of guest acts will also be joining the tour. Mariah Yonic (The Buildings, Brain Twins, The Male Gaze,  Ilang Ylang-Ylang?) will be playing shows for the Northern Luzon leg of the tour, alongside the Hernandez Brothers, Dott Seki, and Robynn.

Joee & I will join Penn in Visayas & Mindanao. "Visual and performance artist Jeona Zoleta will ride a multicab and bring the circus to the shows," Penn adds.

Aside from the visiting artists, each leg of the tour will also feature local acts. Penn shares that this tour will have a lot of collaborators - from metal bands to experimental artists.

Watch Ian Penn with 'It's Going to Rain':