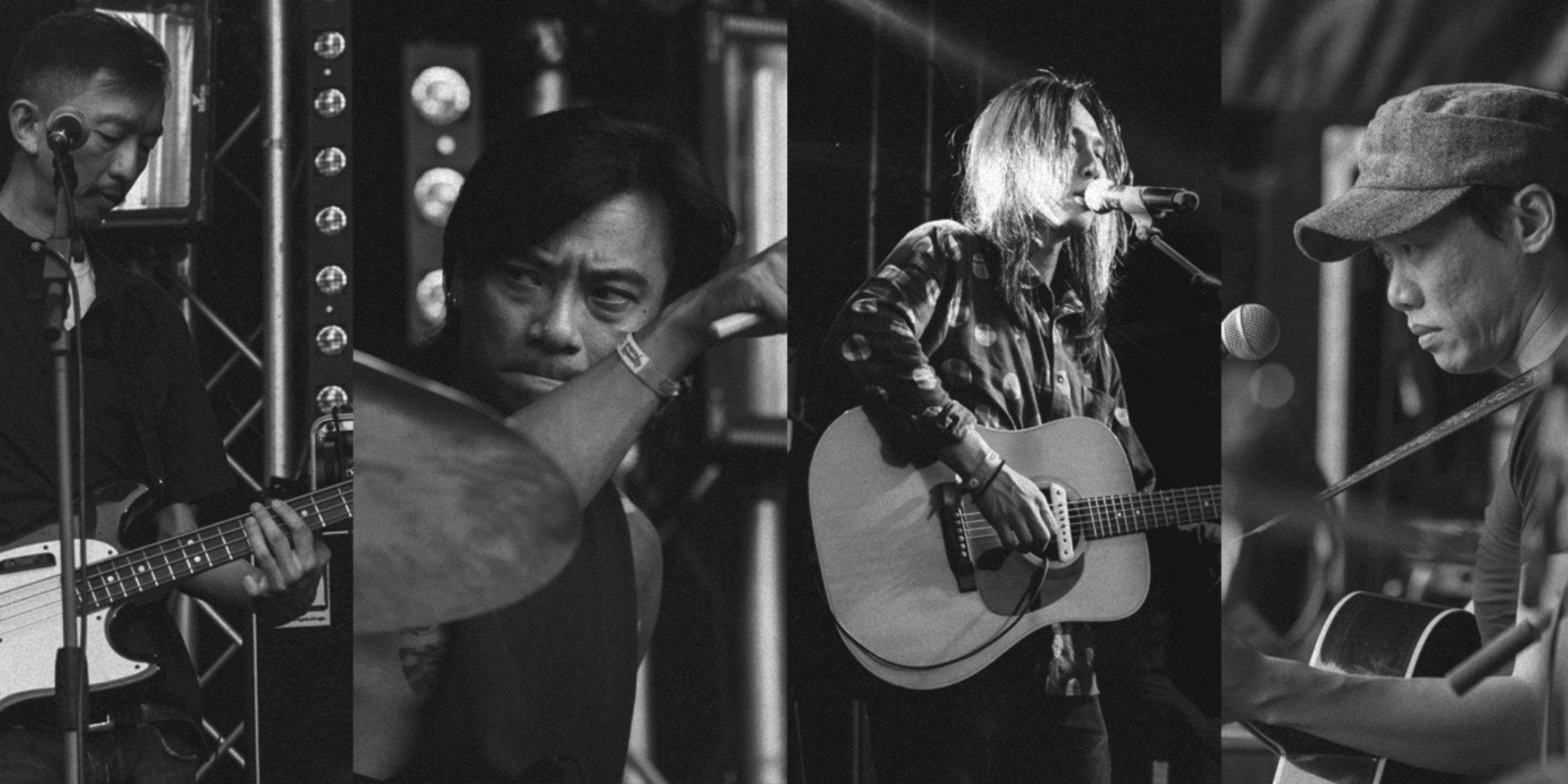 Words by Indran Paramasivam
Photography by The Idealist

Sean Lam, the mind and wielder of the pen behind Hanging Up The Moon has signed off on his fourth album It's All Here Somewhere - and though the dust has barely begun to settle on it, it's more than safe to say that it's a thing of beauty and intent.

Together with his trusted band of collaborators Dean Aziz, Alexius Cai and Victor Low and with contributions from Darren Ng (SONICBRAT) and Andy Chia (SA), he's turned in an enchanting 10-tracker of intensely meditative songs that find the sweet spot between ethereality and tangibility in hushedly gorgeous ways.

Ahead of the album's official launch on Friday, Lam takes Bandwagon through how it came to be.

Hanging Up The Moon started as a one-man project, but has grown over time to see some great collaborations. With your latest release It’s All Here Somewhere, you worked with longtime friends. Why do you keep going back to them?

Our friendship goes way back. In the case of Victor, I've known him since kindergarten! We've always been supportive of each other's musical projects and because we know each other quite well so it's really easy when it comes to collaboration. It's as though we can read each others minds. Also, Alexius, Dean, Leslie and Victor are instrumental in creating that unique band sound so it will not quite be the same without them.

Were there any new contributors to this album? We hear dizi (Chinese flute) on the last track 'End Times'.

Yes, there are two new contributors and both of them play instruments that have not been recorded on any previous HUTM albums. The dizi on 'End Times' is played by Andy Chia and Darren Ng played the piano on 'Game of Life'. Both of them are truly amazing musicians and I'm really honoured that they've come on board for this.

What was different about working on this album, as compared to Immaterial, which also involved many of the same collaborators?

To be honest, the recording process has pretty much remained the same since 'The Biggest Lie In The World'. We still share files via email and everyone just layers their tracks on each other's. Drums are still recorded at Affixen; Victor is still the producer; James Plotkin is still the mastering engineer and the LPs are still cut by Record Industry NL. We figure, if it ain't broke, there's nothing to fix. The main difference in the experience comes from how we approach the songs themselves.

You have described the album as "a repository of poignant memories, unspoken fears and faltering hope". How do you decide on a mood for your albums?

I suppose it can sound moody, but there are also some happy, albeit sarcastic songs in there too. I don't really decide on how the songs turn out but it definitely reflects the state of mind I'm in when they come to me. I don't think I'm a brooding person at all. There's a saying, "Men are like wine – some turn to vinegar, but the best improve with age". Maybe I'm in the process of turning.. but I'm still drinkable for now.

Your love for vinyl clearly hasn’t died down since we caught up with you about Immaterial three years ago. You released It’s All Here Somewhere on vinyl as well that comes with yet another beautiful album art. What have you observed of the millennial generation’s interest in vinyl so far?

Thanks! A friend of mine, Dan Gries, contributed the album art. It's created digitally from codes but ended up as printed artwork, just like the music: Digitally created, but the final output is analog. I do have a soft spot for vinyl and while it's debatable, I do think that music, or at least my style of music, sounds better on that format. I like things that are tangible, so the record and the packaging that comes with it are things that I can relate to very much. I'm not sure what the take-up is among the younger generation, but I believe this appeal isn't unique to old timers alone.