Being major geeks ourselves, we found a natural affinity and fondness for the fellow geekbros of West Grand Boulevard. Besides posting up gameplay videos of Saints Row 4 and debating about the cogency of Man Of Steel, they're also one of Singapore's foremost alternative rock bands, effortlessly combining fast, intense punk rock riffs with catchy hooks since their formation in 2005. We chat with band members Jude, Brian and Dharma ahead of their show in Ignite Music Festival this Saturday!

Hey guys! What have you been up to nowadays?

Jude: I started my own project and I'm looking forward to creating new music.

Brian: Nowadays, my life has been a little bit more centred on work, my lovely nephew and my family. If time permits, an occasional attempt to cover some songs and get them posted up everynow and then on YouTube. And definitely DOTA 2. Haha!

Dharma: I have been busy with work and helping my wife with her project TheWeddingScoop.com. I've been trying to play Marvel Heroes in my free time.

You guys played Ignite Music Festival back in 2011, what was the element that you found most appealing to the festival?

J: Definitely the energy we get from the crowd singing back to us!

Having careers and family commitments, how do you guys juggle music as well?

J: It’s definitely tough as most of us have settled down or are planning to settle down. It’s almost like a fork in the road that really pushes us to look at our lives and music as individuals more seriously.

B: It's been rather challenging having to put a balance with all the commitments, but making music together has always been an outlet for me to release and relax. Times have changed, but we still do find the time for an occasional hang out and jam despite the heavy schedules.

D: I haven't been able to juggle it at all. I barely touch my guitar these days, to be honest. I spend most of my waking hours working, generally from nine to about midnight every day of the week including weekends and holidays. I'm generally always either working for my firm or working with my wife. 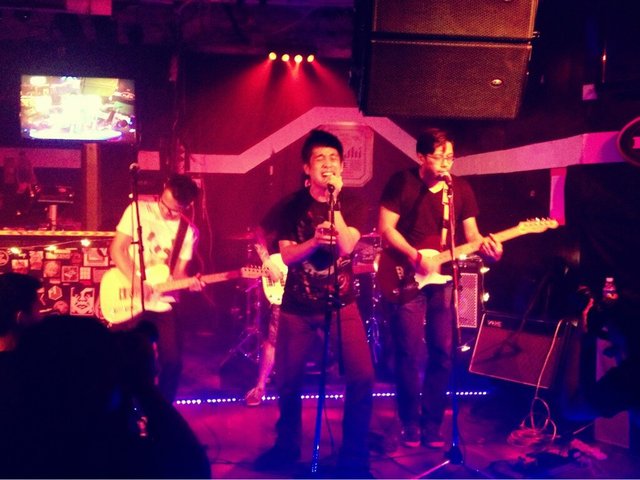 Tell us more about #wehaveaplan!

J: We do plan to write new tracks. As each of us have been sort of out of touch with music awhile, we’re trying to get the vibes back into playing music again.

B: We have a plan to start writing new material, and approach it the way we did with our last record. But hopefully, it won't take as long to release!

D: I think there's a lot of pent up creativity. The challenge is the logistics of working out the musical arrangements, organising practices and perhaps eventually recording again.

What can audiences expect to see and hear from your upcoming show in Ignite?

J: A guest vocalist for one of our songs!

If West Grand Boulevard were characters in GTA V (Or Saints Row 4; your pick), what kind of characters would they be?

J: That guy with the tank. In a convenience store. (GTA)

B: Haven't really had the time to explore Saints Row, but I've seen some really funny gameplay footage. I'd be the random dude that walks around the street carrying a shark-o-matic around. And of course, using it.

Last question: what Ignites you?

J: Music still does to a large degree. When I hear a really good groove or melody, it still gets to me.

B: Learning new things everyday, be it music, food and most definitely video games!

D: I just bought a Dungeons & Dragons set, I'm pretty excited about that. Or melody, it still gets to me. 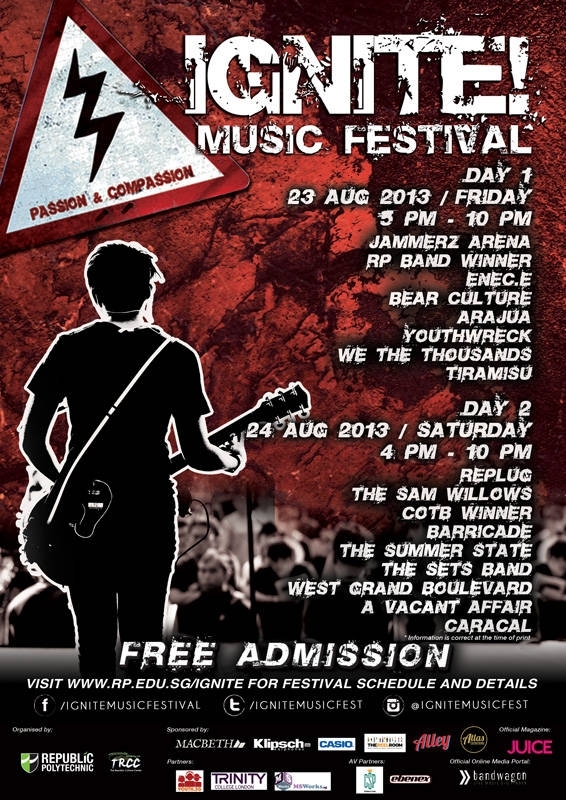