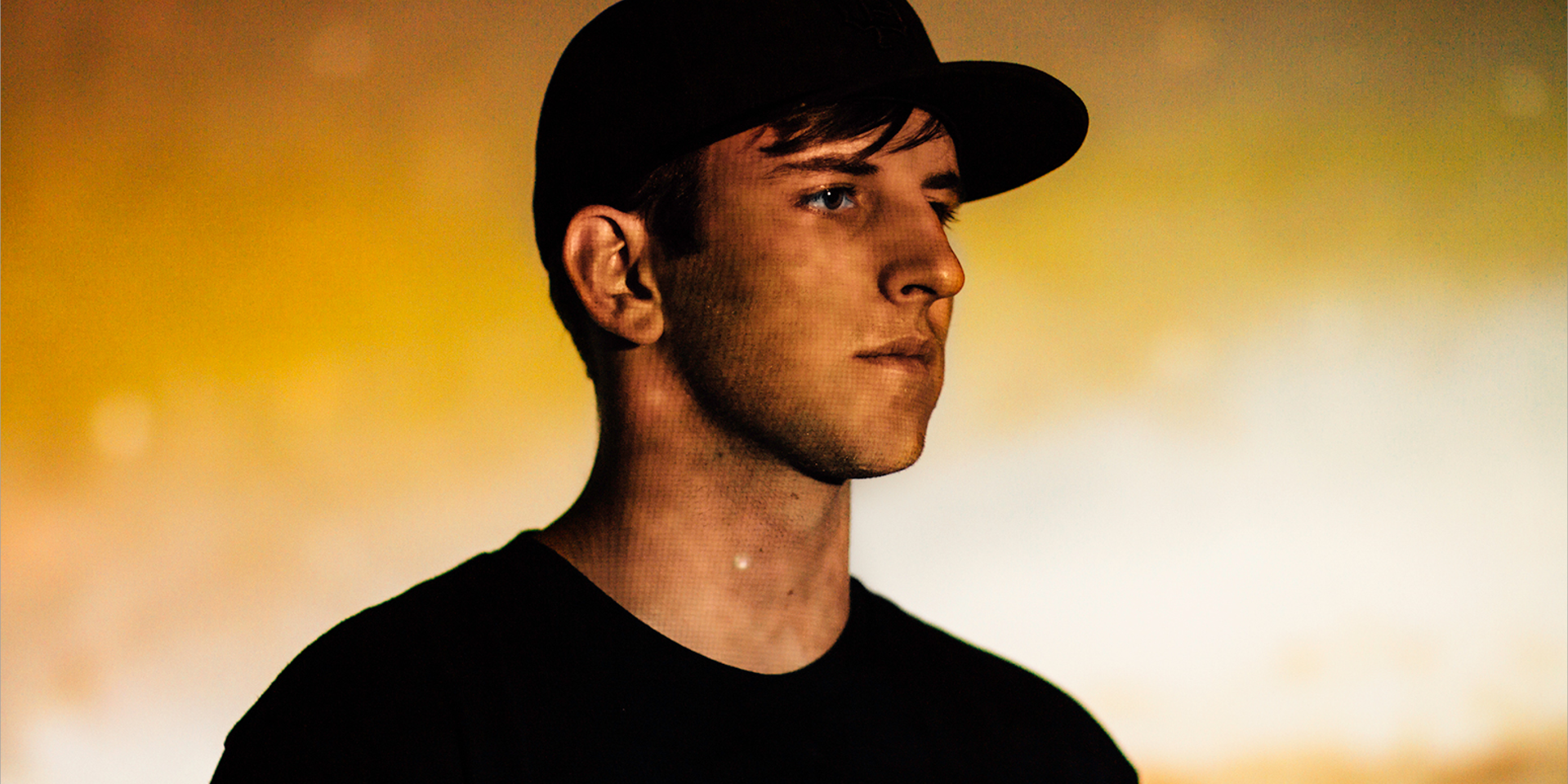 In a sea filled to the brim with electronic producers, ILLENIUM stands out with his groundbreaking ability to blend the worlds of dubstep, trap and future bass. The resulting sound is now known to many fans as "emotional bangers". They're the euphoric, emotional singalong type songs that you hear at festivals that lead up to a drop so heavy, it allows you to release your inhibitions. Don't believe us, check out songs like 'Gold (Stupid Love)', 'Don't Give Up On Me', and 'Sound of Where'd U Go'.

Below, we speak to ILLENIUM on his latest album Ascend, what he looks for in collaborators, plans for the future and more.

How does it feel to be back in Singapore?

"It's great, I love it here. When it gets dark, I love walking through Gardens by the Bay. It's so dope. The lights are crazy, it's beautiful. This is one of my favourite cities in the world!"

Congratulations on the release and success of Ascend. How does it feel to have your third album out in the world, and to have it celebrated by so many people?

"Thank you, it's been amazing. Being able to tour for the album is awesome. I always love making music, so I can't wait for the next thing, which I don't even know what it is, or what it's going to be. I worked really hard on Ascend. I got to write more of the lyrics and do a lot more of the groundwork than I've done in the past, it was a really great experience. It definitely inspired me to work harder."

Going into the studio, and leading up to the release of the record, did you feel any pressure given how well your first two albums performed?

"I didn't, actually. It's surprising. I feel less pressure now than working on the first two. I feel like I made more crossover songs on Ascend, and now, I can go into the studio and really make whatever I want, and the fans will enjoy it, which is really cool. I feel like I go back and forth with putting too much pressure on myself, and I've recently begun to understand how to cope with that."

Take us through the concept of the Ascend tour. What were your goals for the tour, both in terms of performance, and the production quality of the show?

"I think I wanted to bring in more rock aspects, and I wanted to play the guitar on this tour. I'm not great on the guitar, but I wanted to try it and make more aspects of the show based purely on band moments and instrumentation. Especially with Dabin and Trevor, they're such talented musicians that I feel like they should have a share of the spotlight. It's a mix of a live band, and crazy electronics. It's the perfect balance of a crazy rock show and a DJ set, with perfect time-coding and effects." 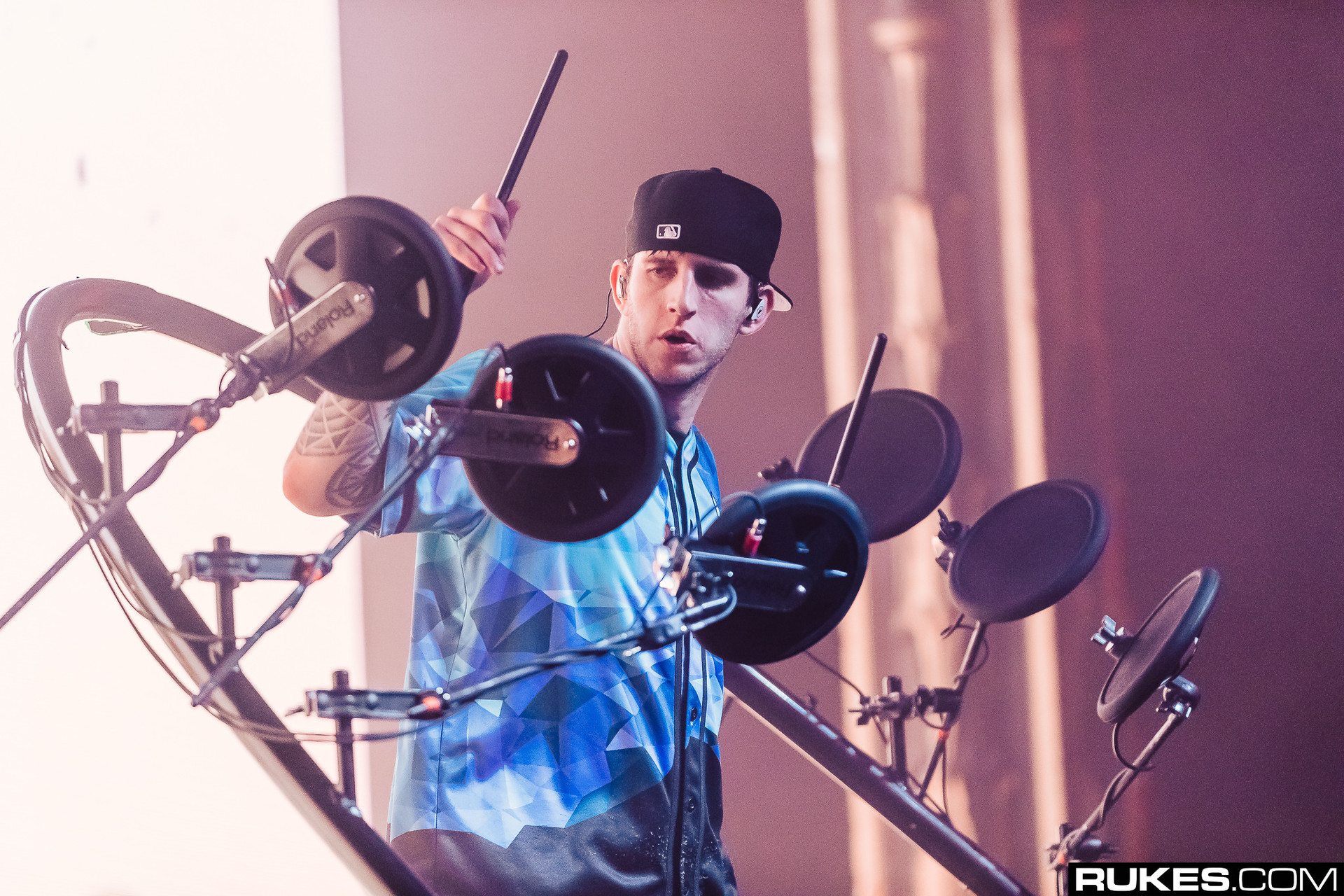 We’ve seen a lot of musicians begin to speak about mental health. Being a heavily touring musician yourself, what’re some steps you take to ensure you’re in a good place?

"I think the people that you're surrounded by the the biggest thing. If you're by yourself, or if you're with people that just push you too hard, you're bound to get caught up in everything. I think surrounding yourself with people that know your limits and understand you, and want the best for your health is the best way to avoid any problems on the road. I think on a personal level, know it's okay to not do everything that you plan on doing. I don't have anything in particular that I do to make sure I'm in a good headspace, I wish I did. Travelling so much always affects everyone's mood, especially in the touring industry, and having a couple of days in between shows to rest is so important. Video games relax me a lot, which is so weird because I play the most stressful video games, and I'm terrified while playing, but it's a good way to escape from reality."

You have an upcoming collaboration with Excision and I Prevail. Can you tell us more about how the collab came about?

"So Jeff (Excision) and I talk a lot, we do sets together, and we've done 'Gold' prior to this. I got a vocal sample from I Prevail, and it had so much potential to be a really powerful, emotional banger. I'm so excited for that song because I feel like it has a lot of rock elements, and it sounds like Ascend, but then it also has crazy dubstep elements and this really worldly chant going on. I'm really excited to get this out. I've been sitting on it for awhile, and I wanna get it out as soon as I can."

What would you say is the most important quality you look out for when finding a collaborator?

"That's tough. I guess it depends on what kind of collaboration you're talking about. If you're talking about vocal-wise, or if it's with another producer, I think a lot the collaborations I actively seek out are with the people that I feel I can learn the most from. Whether it's with Kill The Noise or Excision, I love learning more about production techniques, because they're producers that I've looked up to. I get to learn all this new information, while at the same time creating great music, and building friendships, so it's a fun way to work. You get inspired by each others' ideas."

Your music can be said to be an intimate window into your stories and experiences. What kind of headspace are you usually in when you sit down to make music and translate all of that into your craft?

"I'm all over the place, usually. That's kind of why I sit down and write in the first place, because I get to articulate my thoughts and figure out all these things I'm feeling, and it brings me back to a calm moment and you're just going through the motions and creating. It's therapeutic for me."

Many of your fans leave comments for you online, saying that your music saved their lives, or that they can relate and find some sort of comfort in it. How do you feel knowing that your music has such a profound impact on people?

"I think it's so sick. I can relate to that because I've had the same experiences with music, where music had a huge affect on my life, and certain artists have kind of helped me get out of dark times. It's amazing, and it's still surreal. It's great how big of a community the dance music world is now, and how people can so easily share how they're feeling, and they find other people like them on the opposite sides of the world, and they become friends."

Lastly, what’re your plans for the rest of the year?

Special thanks to Universal Music Singapore for setting up the interview.