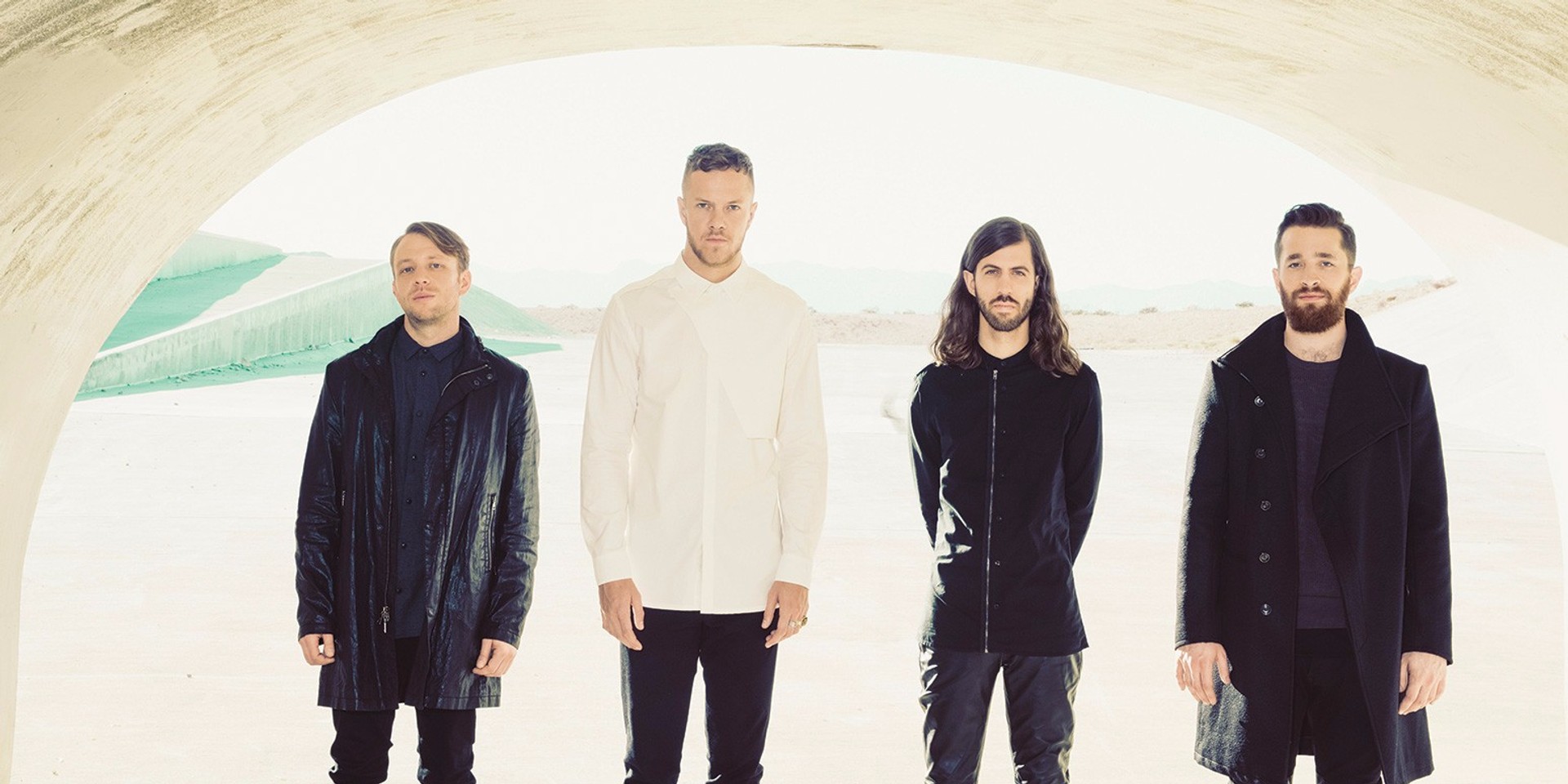 In this day and age, being a "rock band" isn't the most glamorous proposition, and some might even argue Imagine Dragons aren't your typical rock band.

And yet, the four-piece are well down the road towards world domination, breaking streaming records and selling out stadiums worldwide. As part of their upcoming Asian leg of the Evolve tour, Imagine Dragons are returning to Singapore — not as strangers as they were in 2015, but as seasoned black pepper crab fans. We speak to them about their experience in the country, working with Kendrick Lamar and more.

It was recently announced that you guys are coming back to Singapore for the third time, and you're coming with your biggest album yet. Was there any pressure going into the studio to record Evolve?

We try not to put pressure on ourselves to create a successful product or matches the numbers of our previous albums.

When we go in to create an album, we’re just focusing on something that inspires us and is coming from an honest place. Our experiences from going all over the world — we've realized that when you create music from an honest place, it tends to be a better musical experience for us as performers and the audience. With Evolve, we really wanted to focus on the growth that we have been going through as a band since we started.

Evolve is just the next chapter in that, it’s us growing up and arriving in a place where we are perhaps a little bit more confident of who we are as a band. We're not trying to prove anything anymore, we’re just trying to express ourselves and it’s really inspiring for us to be at that point in our career.

This album and this tour has been really, really great. It’s on a whole different level that we’ve had before and the performances have been so powerful."

What's the most overwhelming thing about being together as a band right now?

This lifestyle can definitely be a challenge, going out on the road for so long. I think at the end of the Smoke + Mirrors tour we were all just really tired and worn out so we decided to take a little bit of time off to recharge, connect with our families and friends and everything that mean so much to us before the band.

In the process, we really learnt what we love about the band and realised how much we need the band and that lifestyle to be creating new sounds for Imagine Dragons, because it’s the way all of our voices can be heard the best.

We planned on taking a longer break than we ended up taking just because we were so inspired to get back together and play music again. I think learning and rediscovering how much we love making music allowed us to create from a more positive place and allowed us to build this tour from a stronger foundation." 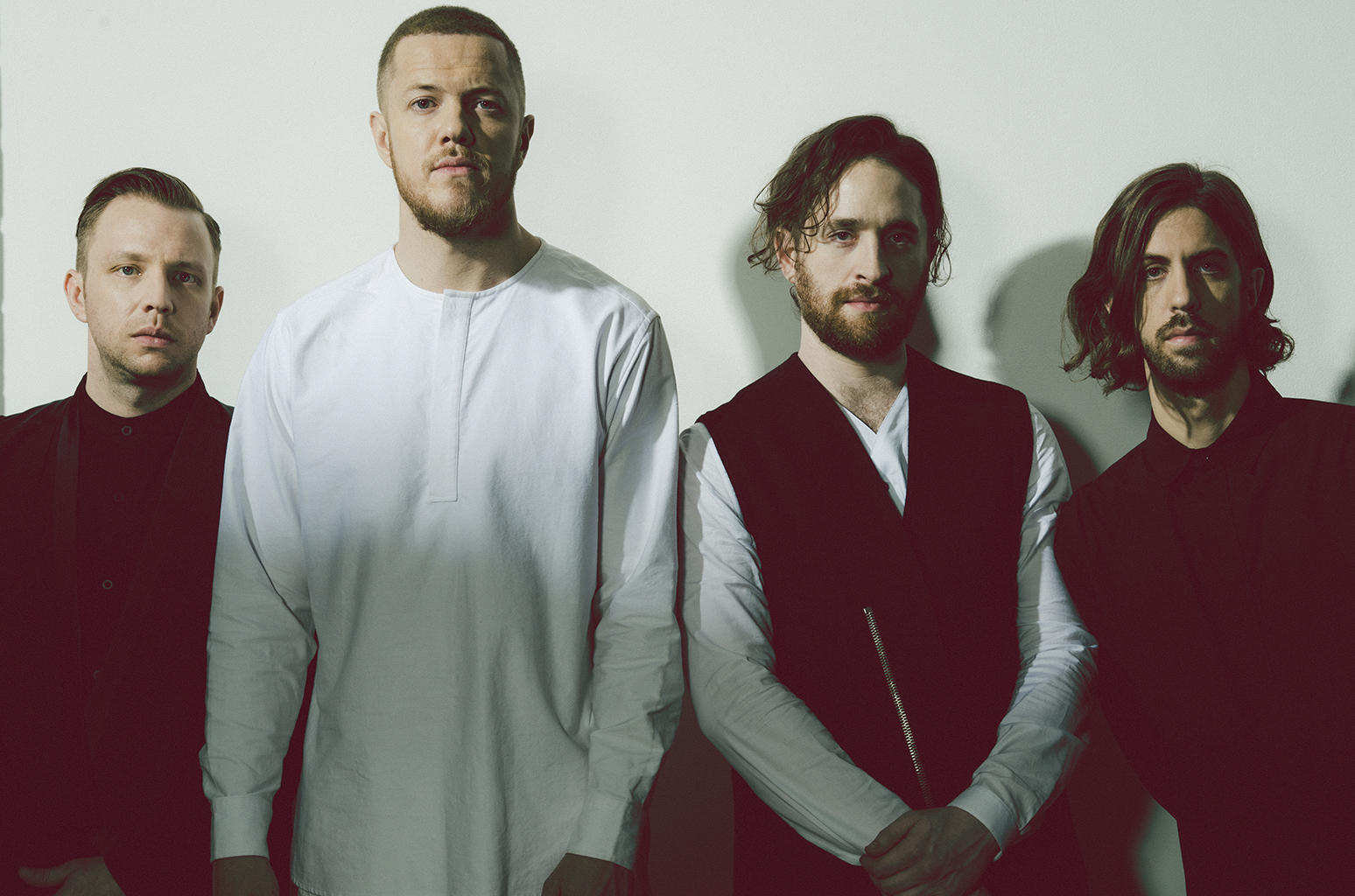 It's been a while since the band's collaboration with Kendrick Lamar. How was that like?

Kendrick is amazing. He's one of most gifted and talented musicians we’ve ever had the pleasure of working with and he's an absolute professional. That man has a strong, strong work ethic and deserves every bit of success that he gets.

I don't think we’ve ever collaborated with someone that was more inspirational. We just got into a room and initially we just wanted to figure out how to play our songs together and when we got together in the rehearsal space in Los Angeles, we worked through the arrangement and realised the songs fit so well together.

We started working on the stage designs and how we wanted to push the boundaries and creating the all white background with the coloured powered chalk full of I don't even know what chemicals. All of that came from one day in a room together, our first meeting in fact. We would love to do something with him again if it ever works out."

You guys last performed in Singapore in 2016 at the F1 Singapore Grand Prix concert. What was that like?

That was crazy. It was the first Formula One event that I had ever been to and I had no idea how intense the fandom was there. It’s not like that in the States. It was so cool to see the race and then all the bands and musicians playing at the outdoor venue there amidst the race tracks. I don't think there’s anything that I can compare it to but it was unbelievable.”

We went down to one of the spice markets there and I bought an entire duffel bag worth of spices that I brought back home and I’ve been using it for my cooking at home. I just ran out of it a couple of days ago so I’m looking forward to buying a lot more spices and chillies when I’m there again."

If you could try anything new in Singapore when you’re here next year, what would it be?

I still haven't had the chance to go out and try proper Singaporean street food, like the noodles and all that. It’s the most obvious thing that we should’ve gotten to eat but I have not gotten that chance yet."

How do you find the Singaporean fans?

The fans in Singapore are some of the most amazing, supportive, wonderful, positive and beautiful fans of anywhere in the world.

Almost everywhere in the world you can see people getting angry and sometimes you see the fans getting upset over something and fight amongst each other on social media but in Singapore it seems like everyone is just really positive and excited.

Maybe they’re a little annoyed at how long it takes for us to get back there but even in their frustrations, they’re still supportive of the band and they’re super understanding and uplifting and it makes us really excited about playing for them again. I think the people of Singapore are some of the most friendly people that we’ve met anywhere in the world."

Do you remember the taste test we did back with you in 2015 where we let you guys listen to some Singaporean music? Have you listened to any of those bands or songs since?

I do remember that. Unfortunately no, it’s been awhile. We listened to some of it shortly after the taste test in its entirety but over the course of the tour it eventually faded away. I think Dan might've listened to it more frequently.

But the music in Singapore is really good, we had no idea how diverse it was and we can’t wait to come back and for you to introduce us to more local music."

What’s your favourite thing to do in Singapore besides playing for your fans?

I think just walking around and seeing the views. I think we went to the Botanical Gardens and it was glorious. We’re a band that focuses on food a lot, and the food in Singapore is among the best in the world.

That meal when we went out to eat the Black Pepper Crab was something we talk about a lot. I think apart from playing for the fans, that was the most important part of the trip for us. It was one of the highlights go the entire tour."

Moving on to another topic, there have been many bands that have regretted choosing their band name as the years go by. Let’s pretend for a second that you wanted a new band name. What would it be?

Probably the Fabulous Ben McKee band. That may have been the original name of the band, I’m not going to say anything more than that. (laughs)"

What’s your favourite track on the new record?

Right now, 'Whatever It Takes'. It’s so energetic when played live and I play the guitar on that one and it’s a cool moment. So yeah, I think that’s the song that really drives the album."

There have been several bands who blow up because of one particular song and after awhile they tend to resent playing that song live, night after night. Do you guys ever get bored of any songs from your catalogue?

We really like to push ourselves live. If anything becomes boring, we just throw in a new section for the live performance that really challenges us and it becomes so much more fun again.

We’ll make it really hard to play to keep us on our toes like a crazy drum solo or a heavy lead guitar breakdown, things like that, where the tempo really changes and we all have to match each other. I’ve never played a show that I felt was boring because of it. It also throws the fans off a bit because they’re expecting to hear a song exactly the way it was on the record and then it goes into a weird section they’ve never heard before."

Imagine Dragons will be performing at the Singapore Indoor Stadium on 7 Jan 2018. Find out more here.

Special thanks to Live Nation for setting up the interview.