We will be embarking on a Southeast Asian Post-Rock Tour in a few days to catch two of the greatest bands in the genre: the theatrical sonic behemoths Godspeed You! Black Emperor in KL and the intricate harmonic technicians toe in Bangkok. We here at Bandwagon really can’t get enough of post-rock and that’s why we’re more than willing to go on a roadtrip to get ourselves a dose of good music.

But it’s something of an acquired taste, this unorthodox genre. And that’s why we’re here to educate, explain and elaborate about the finer aspects of the genre to the masses (but we could agree to disagree!).


A subgenre of rock music characterized by the influence and use of instruments commonly associated with rock, but using rhythms and "guitars as facilitators of timbre and textures” not traditionally found in rock.  (Wikipedia)

The title already partly explains itself - it’s the movement of rock music that seems to move past “traditional” rock music structures. Basically it’s just rock musicians employing rock instrumentation to produce a style of music that could no longer be considered rock in a sense. They abandon standard approaches to rock and roll - structural song formations (verse/chorus/bridge), chordal/notational arrangements and vocals (which are more often than not removed from the equation).

As such, most musicians in post-rock would scoff at attempts to label their sort of music; they’d prefer if their style doesn’t get pegged. It’s the freedom from conventional pigeonholing that attracts them to post-rock; they’re not as creatively restricted. It’s a genre that lets musicians not only play instruments, but play with their instruments to create whatever sound that they envision in their heads. 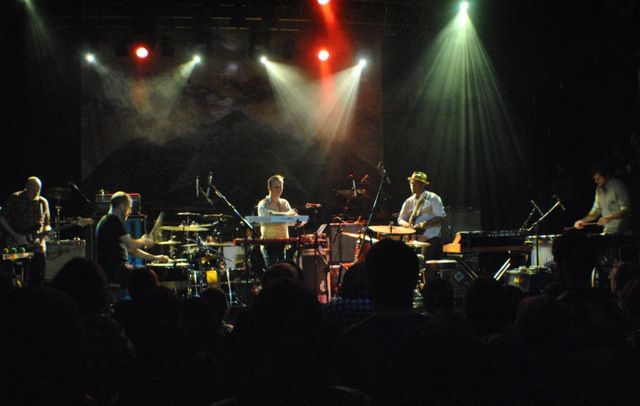 The genre can be traced back to the early 90’s, where American experimental bands like Slint, Tortoise and Cul De Sac have been attributed to the creation and emergence of rock firmly rooted in open, jazzy progressions, art rock and largely instrumental compositions. Post-rock then found a new nest in neighboring Canada - specifically Montreal - the birthplace of seminal bands such as Godspeed You! Black Emperor, Do Make Say Think and Thee Silver Mt. Zion - all of whom expanded the boundaries and scale of the genre’s characteristics.

The millennium brought upon a new wave of groups (aside from decidedly cheesy pop acts) that further refined the post-rock sound - making it more accessible than their predecessors. Though there was a reduced propensity towards arty, experimental aspirations (prolonged drones, incoherent instrumental rhythms, 10-hour songs etc), the movement towards a more rock-oriented sound garnered more fans of the genre. Bands such as Explosions In The Sky, Mogwai, Caspian and more enjoyed increasing popularity through their arresting instrumental rock songs that appealed to the cerebral music listener.

Here's a relevant timeline to all the significant albums that have shaped post-rock over the years. 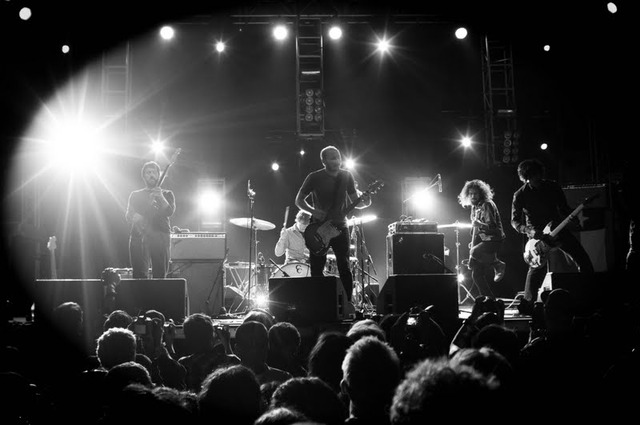 There seems to be a sort of pre-requisite for music to be considered post-rock, but really if I were to establish them all I’d be writing a whole book about it (maybe I should). Nevertheless, outlines must exist to elucidate the essence of a genre.

As mentioned, post-rock abandons the conventional structures and preconceived expectations of traditional rock, where the freedom of composition is only limited by the musicians themselves. They’re able to mix as many (or as little) varying musical styles and techniques into the blend in order to create a sound that’s new but not totally unfamiliar. 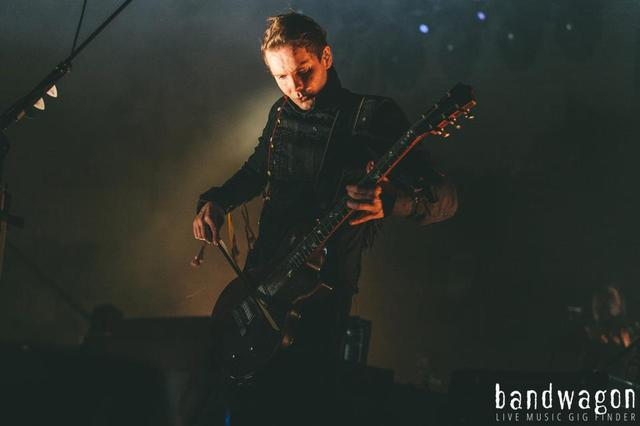 But as far as freedom goes, post-rock still has to maintain the primary weaponry of rock music - percussions, bass, guitar - and it’s up to the musicians to add other layers of instruments; gamelan, violins, trumpets, electronic beats or whatever. Songs generally lack the vocal element but this obviously doesn’t apply to all. Iceland’s Sigur Ros employ vocals but Jonsi’s hopelandic is mainly used as another form of instrument, and an effectively moving instrument at that.

As a genre without vocals, the pressure falls on the musicians to create appeal through use of their instruments. In a way the instruments provide the voice and meaning of the song, carrying emotional weight and painting thematic content onto a blank sound canvas. How does one seek to achieve such lofty desires? Through digital effects; layers upon layers of it. 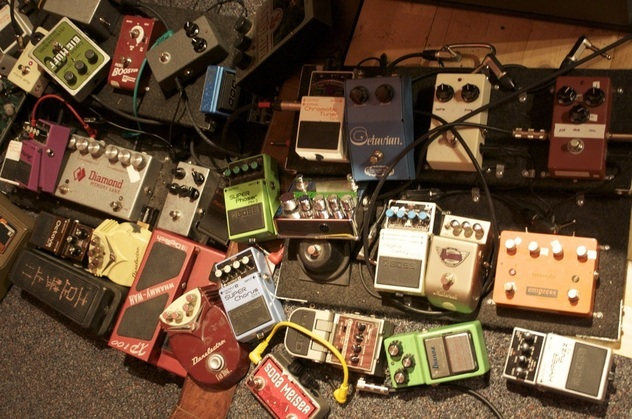 Post-rock musicians, specifically guitarists, have to use numerous amounts and variations of effects units including (and not limited to) ones that transform reverb, distortion and modulation. All of them are used simultaneously to create that sound that one only hears in dreams and in drug-fueled hazes. Combine those pedals with a healthy sense of musical innovation, technicality and experimentalist ideas and you’ll more or less achieve a pretty sweet “post-rock sound”.

Skills and guitar effects may get you somewhere, but they’re all useless without any ambition and thematic direction. You need to tell a story but you don’t want to use words to narrate it. That’s where sonic ambience and textures come in - all the instruments used in the song must combine to create certain moods and emotional impact. Because there’s rarely any structural form to a post-rock song, musicians utilize soundscapes and crescendoes to produce moments of bursting, moving clarity. 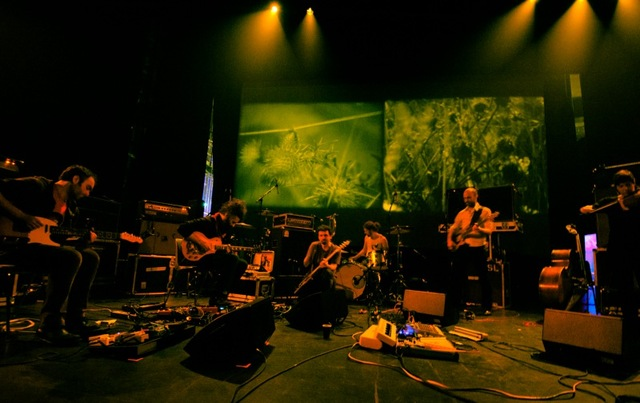 As a result, most post-rock compositions are inherently dramatic melodies, often leaning towards cinematic. Bands such as Godspeed You! Black Emperor and more recently This Will Destroy You operate in a immensely epic conduct, writing prolonged (and seemingly endless) songs that build up slowly and climax in a most spectacular fashion that more often than not leave you breathless and teary-eyed.

Due to the fact that there’re no lyrics in post-rock songs that you can refer to on songmeanings.com, you tend to create your own narrative to suit the aural experience. Each person paints his or her own picture of what the song is expressing, making the genre a very personal one. There really is no right or wrong interpretations - what matters is what you inexplicably feel about it.

Even in post-rock, there are multitudes of sub-genres that fall under the umbrella. Being such an open source genre, you tend to add and fuse musical influences left and right, front and centre. There’s incorporations of heavy metal (Russian Circles, Isis), electronic music (Lymbyc Systym, 65daysofstatic), math rock (toe, Enemies), jazz (Jaga Jazzist, Mouse On The Keys) and even traditional music (Mono, World’s End Girlfriend).

During a discussion a few weeks ago, somebody once mentioned that Singaporeans tend to lean towards forming post-rock bands because it’s the easiest genre to make music for - you don’t need vocals and pretty much everyone can play a little guitar and purchase guitar pedals. In a way, I agree with him. Anyone here can play with the right guitar pedals and the right band members. It’s easy to form a post-rock band but it’s not easy at all to create good post-rock music.

Even if you do have good songs, it’s not easy to be an exclusively post-rock band in Singapore. If the mainstream consciousness are just only starting to accept the existence of a indie rock scene, there’s still a long way to go for the acceptance post-rock scene here. I Am David Sparkle have been in existence for more than 10 years yet there’s a lack of mainstream recognition. It’s hard to play instrumental rock music when people here seem to want more out of a performance, more than just music for music’s sake. Or maybe post-rock is just doomed to be a niche genre; most people will still say “It’s okay I guess. Where are the words? It’s good background music. Maybe sort of boring”. 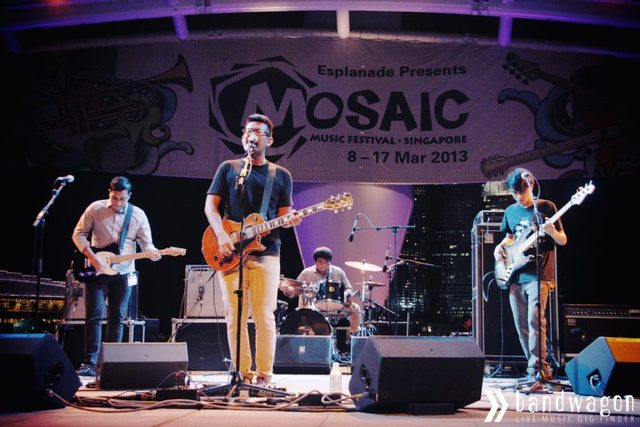 But to hell with the naysayers, I really love the post-rock music of Singapore; a highly technical breed of musicians that have consistently produced extraordinary instrumental compositions. From veterans such as I Am David Sparkle, MUON and Amateur Takes Control to the new sentinels ANECHOIS, 7nightsatsea and Arajua; they're all evidence that Singaporean musicians are actually capable of crafting brilliant instrumental compositions of immense depth and technicality, a hope for a better future in the local music scene.

Another friend also mentioned an interesting fact about local post-rock; it’s akin to the Singaporean attitude, where people are not able to vocalize and express their thoughts into words. Or perhaps all we have left is a repressed but equally intense need to express.

Why is post-rock important?

A secondary school teacher of mine passed me a few CDs back in 2003 to get me into good music, and included in the care package was Mogwai's EP+6. I was just picking songs at random when I fell in love with Burn Girl Prom Queen as soon as the swells came in. I just sank deep into that song and I guess that's when I started to dive deeper into the genre just to get that feeling/moment again.

I realized the significance of post-rock in music mythos - it’s a representation of our desire to move past conventions and staying true to our own creative judgement. If music is a personal experience, post-rock brings out the fundamentals of music itself where you listen, let it envelop, pass through your psyche and for a brief ecstatic moment, become part of it.