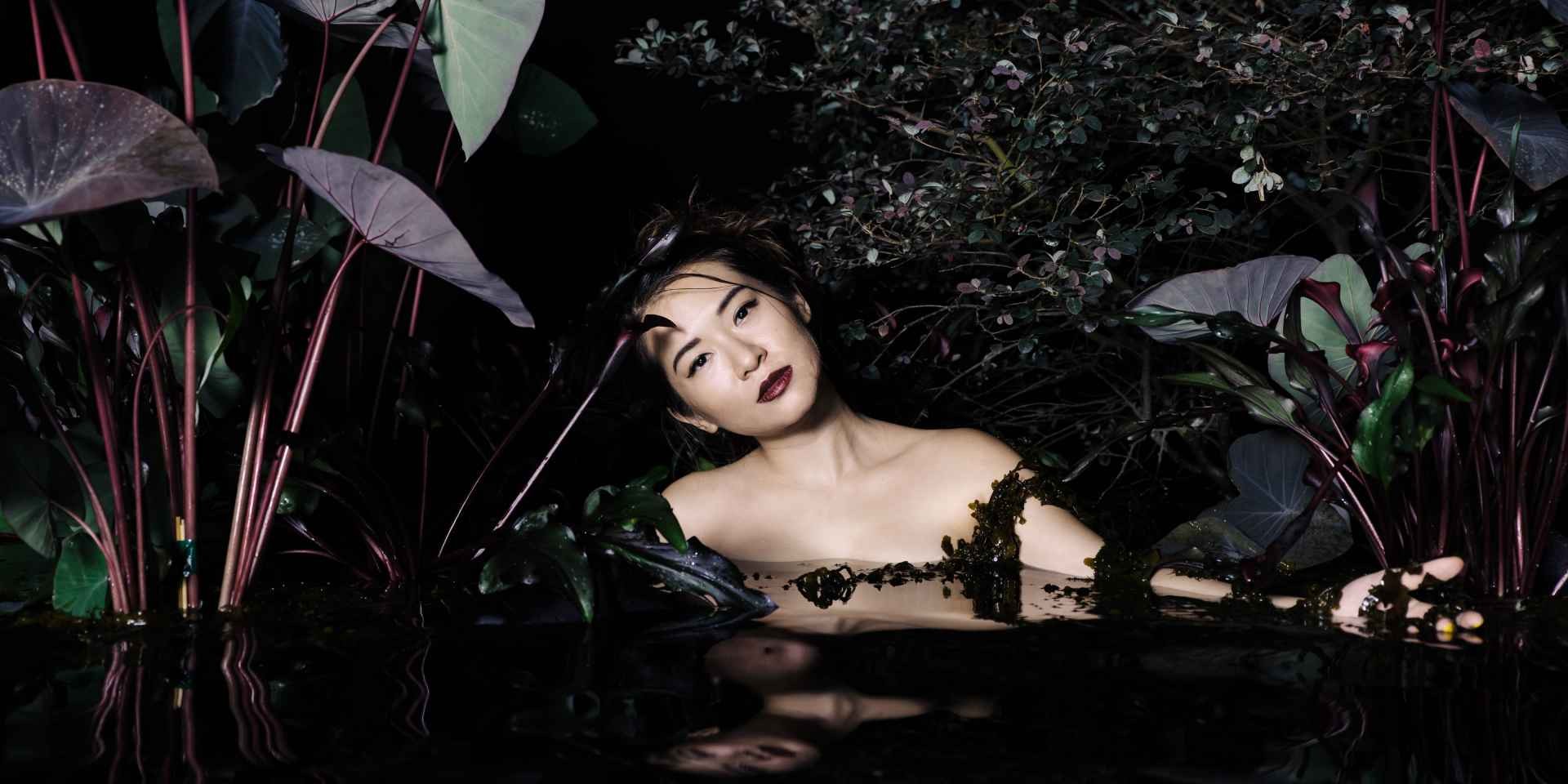 ‘Til the End of the World, We'll Meet in No Man’s Land – Sometimes, you have to go to the furthest extremities of the Earth to realise the spellbinding visions you have in your head. Recently, iNCH made such a self-defining trek to Antarctica – where the average annual temperature ranges from about −10°C to −60°C – for the 2041 International Antarctic ClimateForce Expedition. She was one of the 80 people allowed into the continent and there, amidst the panorama and brutality of the landscape, she experienced an existential reckoning set against the harrowing reality of climate change that was so sublime, it was almost ineffable. But she couldn’t let it go un-honoured.

Once home, iNCH set to work coaxing out the finer points, literal and figurative, from her epic journey. Thus manifested ‘Til the End of the World, We'll Meet in No Man’s Land, a first-of-its-kind production that mines from music as much as it does from theatre and also incorporates binaural technology in significant and startling measure. Presented by TheatreWorks, directed by Okorn-Kuo Jing Hong, No Man’s Land was conceived, written and performed by iNCH, who has sworn this to be a watershed moment in her trajectory as an artist.

In a deeply illuminating interview with us, iNCH deconstructs the show and speaks about its monumentality to her.

How do you feel about the show now that it's over and you've had some time to reflect on it?

I am extremely proud of the process that we had for this project. Proud in the sense that it really does take a real team to pull this off. And the experience has just been, I think, the best working experience I've ever had with some of the best partners I could ever ask for to pull off such a technically ambitious show. In terms of artistic format, it’s something a little bit new, in general, even around the world. International critics that have come have been saying some really amazing things. So, I'm just very proud of the team and and I'm feeling quite resolved, at this point.

This show definitely transcends what a typical live show is expected to be. What made you want to reconfigure the live experience in the manner you did?

I think, for most of my big projects, like when approaching something like Antarctica, it’s extremely important for me to immerse myself in the environment first, and then digest the experience to create art that is based upon that experience. My experience in Antarctica was extremely full-bodied, so music alone couldn't cut it. Whatever I wanted to say or feel just felt very limited by the medium itself. What I was trying to convey and the experience that I was trying to share, felt like it needed to incorporate so much more than just what people receive cerebrally, but it also needed to involve people sensorially, physiologically and psychologically.

Sound, I think, plays a very important role in psychological and physiological processes; our senses, our touch, our vibrations. It’s not just about sharing something where you look into a window and it’s what you're supposed to observe. Rather, I wanted the audience to work a little bit and and excite and activate their imagination on the spot. So, it was really important to eventually put all these different elements together to evoke that.

These days, I find live performances to be quite passive. Even when you have audience interaction as a performer, I would say it's a very exhausted format. So, I wanted to create an experience and a show that would allow the audience to be completely not passive. In fact, the audience sits in the set. So, from the physical space and all the way to the emotional and psychological space, they feel involved from the start.

As the brain behind the project, what would you say is the most defining thing about the production process?

I would say that the show was very alive. I had a director who was helping with the directing and staging and stuff like that, but a lot of the experiences come from me. I may have conceived and written and composed everything, but even until before we opened, in terms of sound, lights and music, nobody had a clear picture of what the end goal was. We only could see it when we actually come together, because there're so many moving parts to this.

To me, this project can only function as a symbiote where all these very independent intelligent parts cannot function without each other. There is this synergy to it and it's really quite unique and that comes out in the work as well. I've worked in projects where you just don't have that synergy and that magic doesn't come out at all. So, I would say it's a sensorial experience, but the way this format is brought together really requires, as cheesy as this sounds, absolute teamwork from each department and each team, or else it's going to fall flat real fast.

You spoke about how music, as a medium, has its limitations. What about the format of theatre allowed you to have more of an expressive say in what you wanted to convey?

Honestly, even theatre was limiting. When I first started writing a play, I realised that this was not it; it didn't feel like I captured what I wanted to do. This whole endeavour started about four or five years ago. I realised that, maybe, there's something more that I need to explore to unlock something. So, I worked in theatre to kind of explore that medium and to understand the terrain. Eventually when I did, it felt like even theatre was limiting and there was something about music's live-ness and rawness and directness that was important. Whereas as far as theatre, that spectacle that comes with it, is important. But even those things combined didn't feel enough, for some reason.

That’s why, on every level, the immersive aspect was extremely important. That's when technology really comes in. Even then, it's so difficult when you isolate technology as well: It's a binaural show in everyone's headphones. It can go south real fast by being extremely gimmicky. To me, the technology needs to be really vital, and necessary in this narrative and storytelling exercise.

In this case, I only felt that the use of technology is really perfect only because the experience of shared isolation was extremely prominent with the headphones. That sensation of being in Antarctica, the sense of shared loneliness, shared isolation, shared responsibility; humanity living in one consciousness is a very important part of the human condition that I was trying to express. That was brought out by the headphones. To be able to have a very individual experience for the audience, as well as a very shared experience at the same time, was the paradox that I wanted to share. 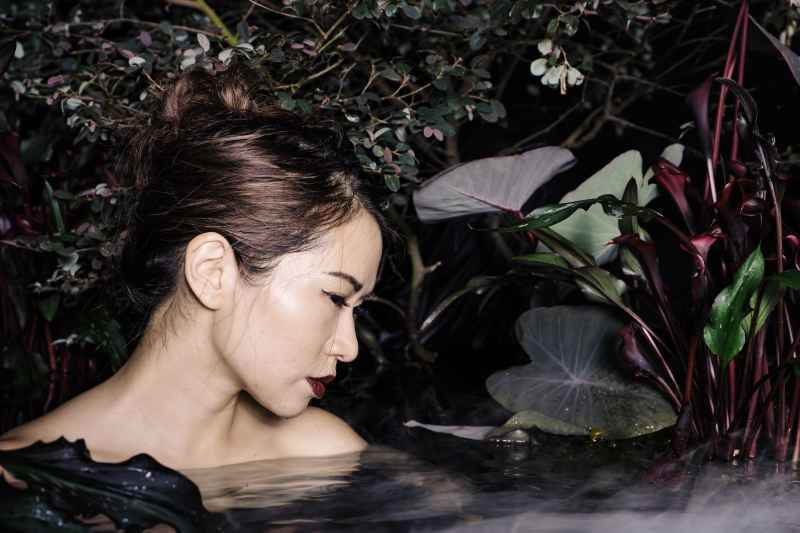 It is known that you’re an impassioned environmentalist. Did the show cause you to change or see your beliefs differently?

I think it made it clearer. There's this part of the human feeling, this gut feeling, that we follow. But I feel like sometimes, the human brain, or logic itself, cannot fully comprehend or quantify it. And there is a point in time when words fail. While being in this process, it's like finding yourself again and being clearer on that general instinct that you started out with. I would say that I've always been for the same cause and have the same beliefs, it's just that whatever that I have a hard time articulating, this process helped me come a little closer to being able to express it.

Finally, can you share with us if you have any plans for upcoming projects, things you're working on and things that you're looking forward to?

Well, we are working on a tour of this production, that's had quite the interesting international responses already, because this is a project that is quite unique and the first of its kind, even around the world. I'm also already developing my next piece of work, and I'm working quite a bit with A.I.