Even as we await the lineup for Laneway 2016, we're already being fed with a barrage of quality music acts to last us until the new year approaches.

Next year already looks exciting with the prospect of catching Death Cab for Cutie once again, but in late-Nov we're blessed with the arrival of new indie festival Neon Lights, which boasts an impressively eclectic lineup that stretches from Damien Rice to The Field, while budding indie-classical crossover act Clean Bandit will make their live debut around the same time.

While the aforementioned English band are still relatively new in the circuit, we'll be seeing the return of two indie favourites towards the end of the year as well. English quartet The Vaccines, having made their debut opening for Kasabian at Fort Canning Park in 2012, will be doing their first headlining show in Singapore on November 4, moving indoors into *SCAPE The Ground Theatre thanks to Secret Sounds Asia.

Coincidentally, a band who's played The Ground Theatre will also be returning, this time stepping up to the massive outdoor grounds of Gardens By The Bay in an unconventional turn.

New Zealand indie-electronic act The Naked and Famous, first making a local appearance in the same year as The Vaccines, will be headlining yoga and lifestyle festival Bliss-Out 2015, which promises a day of an enriching and immersive experience far away from the usual outdoor music festival. The band will be joined by Singaporean singer-songwriter Inch, who rounds up the concise two-act lineup the festival offers, along with an array of yoga-related activities. The festival will be happening on December 12.

Tickets for The Vaccines are now available through Peatix while Bliss-Out has opened registration for tickets at local fitness site JustRunLah!. 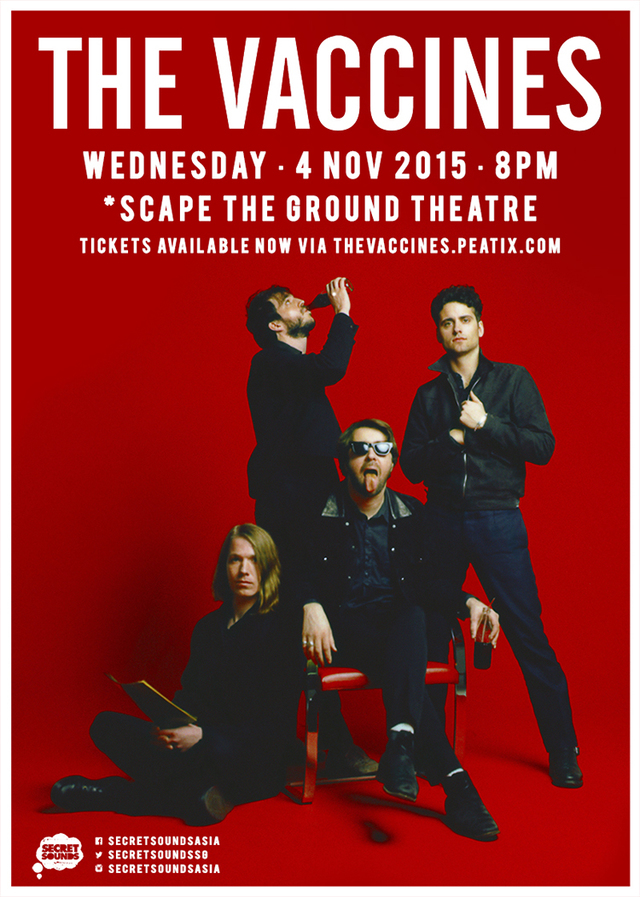