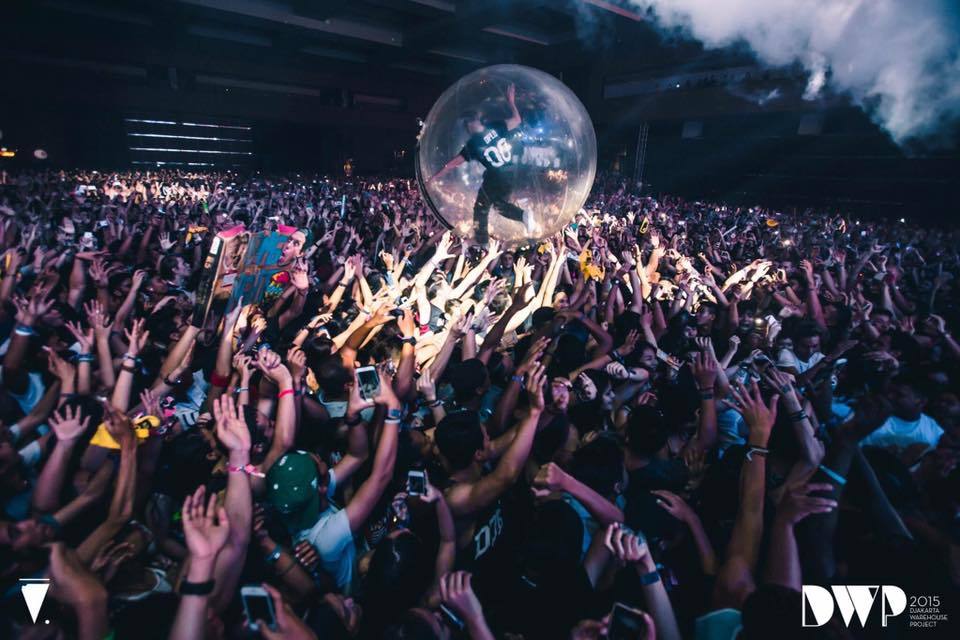 It was in the seventh edition of Djakarta Warehouse Project (DWP) last year, Indonesia's biggest EDM festival courtesy of the promoter Ismaya Live. And now, on December 9 and 10, DWP will return to its repeat and new crowds from Indonesia and beyond at JIEXPO, Kemayoran, Jakarta Utara.

Djakarta Warehouse Project has achieved a tremendous success since its first run in 2008: Being the long-awaited, 70,000 people-courting music festival every year. The names that came on their slots got increasingly well-known over the years and you could only guess that the stakes, too, are higher every year. And I've got the numbers to back that up: According to a report by Billboard last year, Ismaya raked in over USD$2.9 million with 75,000 people in attendance.

DWP, like its Singaporean counterpart ZoukOut, capitalizes heavily on the electronic dance music and the culture it spawns: The out-of-body ecstasy, celebrated loudness and....hang on, did someone get taken to a hospital for alcohol-poisoning incident last year?

Anyway, DWP is just an annual reminder that electronic dance music is one's gateway or excuse for something. Or 70,000 of them, to be exact.

You can check out the full line-up in the picture below: 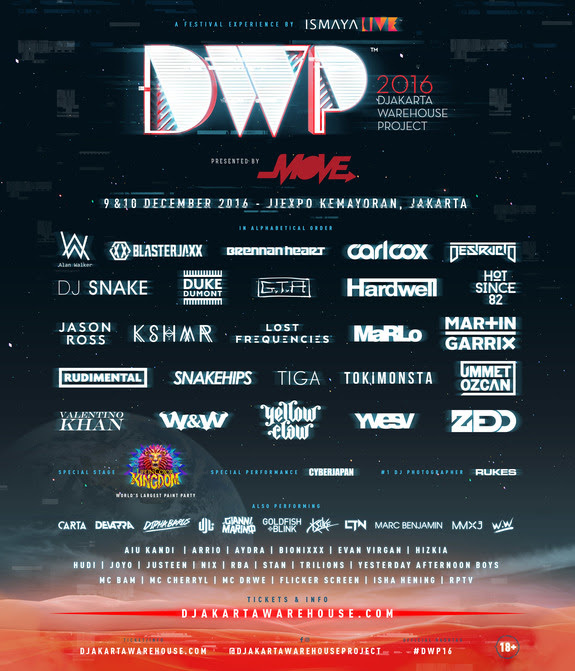 And watch the after-movie of last year's Djakarta Warehouse Project: