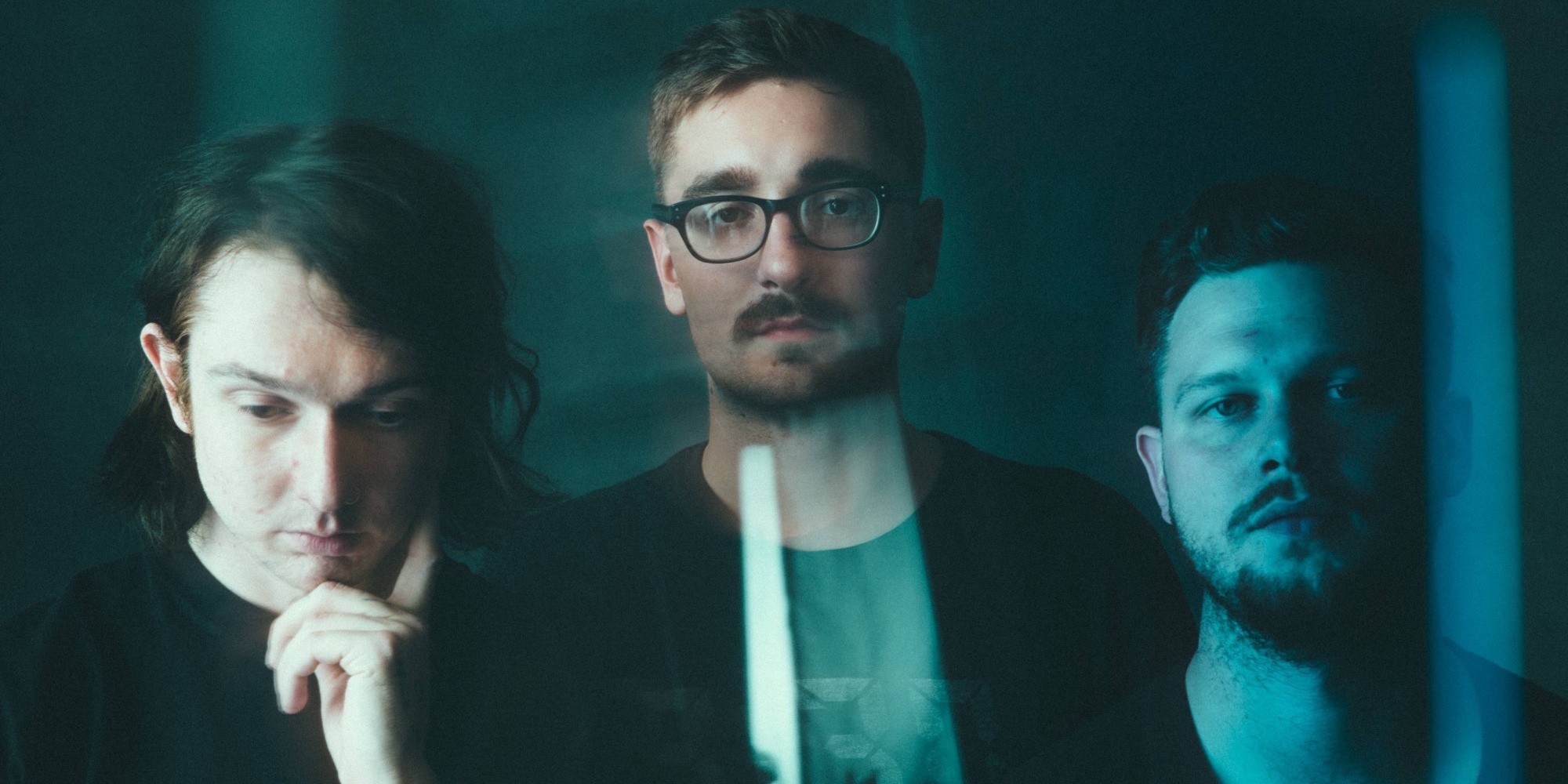 With three studio albums out and a legion of fans backing them, it's no wonder why alt-J are one of the headliners of this year's Good Vibes Festival in Malaysia. Known for their unique style of music, a blend of indie rock, folktronica and many more, alt-J have captured the hearts of many with tracks like 'Breezeblocks', 'Tessellate' and more.

Bandwagon had the opportunity to speak to Gus Unger-Hamilton (pictured, middle) of alt-J before their highly anticipated performance at Good Vibes next month. We spoke to Gus on the creation of the band, dealing with former bassist Gwil Sainsbury's departure and more. Check out the complete interview below.

The band was formed in 2007 while you guys were in university. You were studying English while the rest were studied Fine Art. How did you get connected with them and how did that eventually lead to the creation of the band?

I lived in the same building as Joe so we became friends just from living near each other, and one day we met at a party and he introduced me to Thom and Gwil. They were in the same course together and Joe had mentioned the idea of wanting to start a band. It was only about a year after we had all met at that party that we had our first band practice. The rest is, as they say, history.

alt-J's first album was released in 2012. Why did the band wait five years to release an album?

We were still in university for three of those years and we were still focused on our academics at that point even though we were practicing and getting more serious about music. I think the rest of the two years, we were just trying to hone our sound and trying to get everything together to the point where we were comfortable enough releasing an album. We were in no rush and we were testing the waters with our live performances at the time.

The band was awarded the British Mercury Prize for An Awesome Wave. What was that experience like?

It was great. The Mercury Prize was something that we took really seriously. It was probably the one prize we would've wanted to win if we could've chosen a prize to win. That was a real indication for us that we were doing something right. It was kind of weird because the record didn't get a lot of reviews and support from British media at the time, so we never saw it coming. It was a huge deal for us.

Shortly after, Gwil Sainsbury left the band. What was it like getting used to him not being there and how did that affect the songwriting process for This Is All Yours?

It was a shock when he left but we knew he hadn't been very happy, mainly with touring and being on the road. It's a taxing thing, really. I don't think a lot of people realise how much of a toll touring takes on musicians. You're on the road and you're away from your friends and family, you miss home, you get tired. So yeah, I can understand why he wanted to leave.

As for the songwriting, we knew it was time to put out a new album and we had a deadline to meet so we went ahead with it. We were back in the studio a week after he left and we found that things weren't all that different. We had some things to work on here and there but it wasn't a huge difference in terms of the songwriting process, I think just not having him around as a person and as a member of the band was a bigger deal. We were really pleased with the record we came up with regardless.

The band most recently released Relaxer last year. How much do you think the band has changed in the 10 years between forming the band and releasing your third album?

I think we still stay true to our artistic endeavors, which is to not be any one kind of band, not committing to and limiting ourselves to one style of music. As artists, we have to progress and evolve and that's what we've been doing since day one. I think maybe the way we write songs now might be the biggest change, because I think we're more experienced in that aspect now than we were when we were in university and we had no clue what to do. As a band, I think we still have that bond of friendship, which is so incredibly important to us. We're still just a bunch of friends making music together.

What is the process of translating studio album to live performance like, especially now that you perform as a three-piece?

It's a tough process. It generally involves booking a rehearsal studio for one or two months after completing an album, working on our sets with the new material, working with our incredible team to make sure we could capture the huge sound from the record and translate that into a live performance. It involves a lot of time, trying to figure out the right keyboard sounds to use to emulate the record, I had to get multiple keyboards, each with different settings. Once you put in the time to get everything down, it's like second nature from the first show to the last of the tour cycle.

The band will be making its highly anticipated return to Southeast Asia this July for a slew of festivals, including Good Vibes in Genting, Malaysia. What does the band have in store for old and new fans alike at the upcoming shows?

For old fans, we'll be playing a ton of songs from the first two records. We hate when we go to a concert and 75 percent of a set is new music from an artist. We want to hear the songs we love as well. So we're keeping that in mind, as fans of music first.

We're throwing in a couple of tracks from the third album as well. Hopefully there'll be no disappointment in terms of the setlist. For new fans, we're bringing a really exciting live show, a lot of new stuff we haven't done before and I can't wait to share that with the fans. We can't wait to come back to Southeast Asia, it's going to be a great time.

alt-J are set to perform at Good Vibes Festival 2018, which will take place on 21 and 22 July at The Ranch, Gohtong Jaya, Genting Highlands. The festival is open to those aged 18 and above. Tickets are available here. 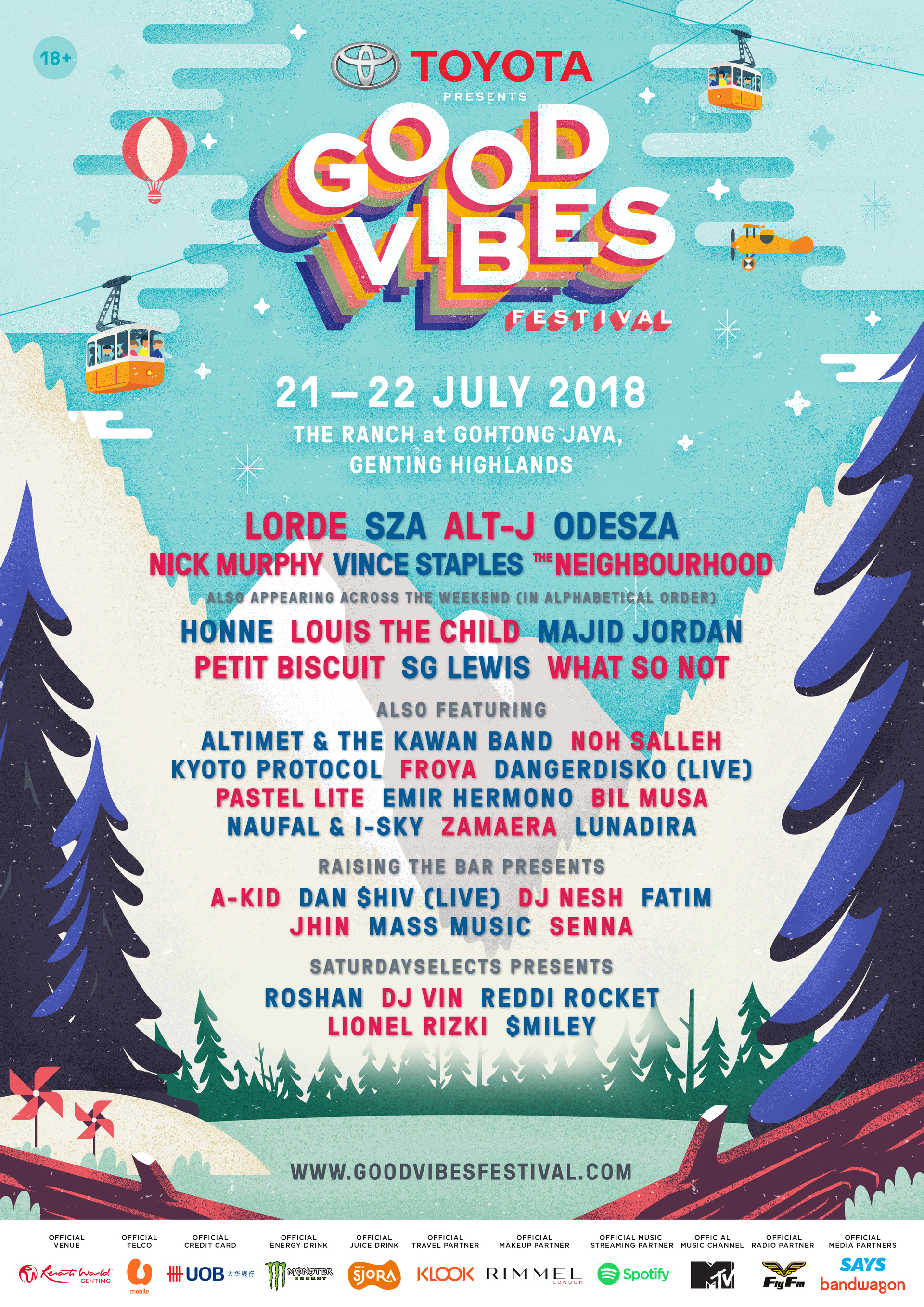