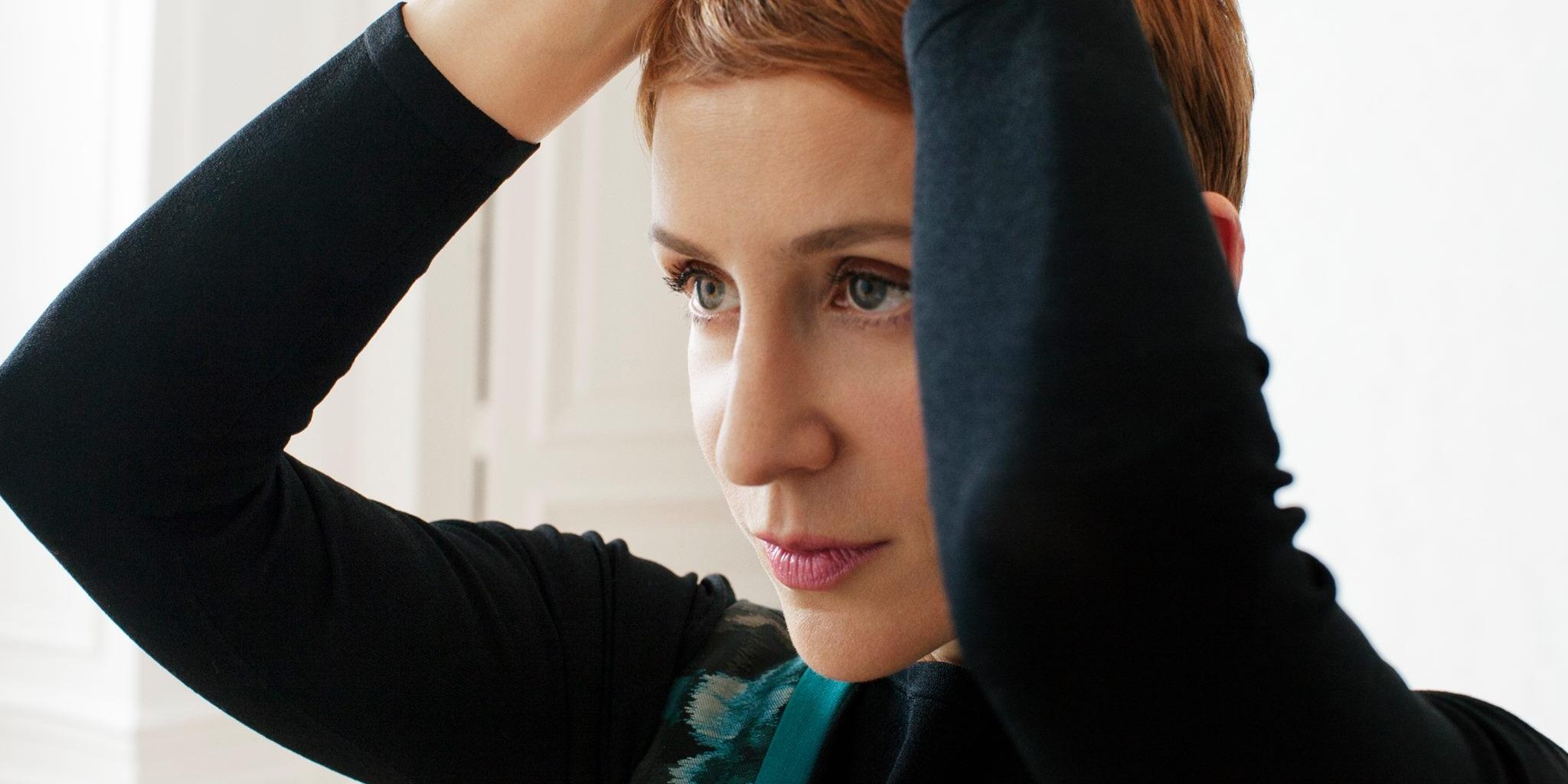 In September, one of modern jazz's smoothest vocalists will take the stage in Singapore. Stacey Kent has had an illustrious, 20-year-long career, her most recent release being 2017's critically acclaimed I Know I Dream: The Orchestral Sessions.

Within the 12 tracks (and 2 bonus ones) of I Know I Dream, Kent covers significant ground, demonstrating her facility in English, French and Portuguese with chansons, bossa nova, standards, and also original songs written for her by composer Jim Tomlinson and Kazuo Ishiguro – yup, that Ishiguro, the Nobel prize-winning novelist who penned Never Let Me Go and The Remains of the Day.

We talked to Kent about her long, collaborative relationship with Ishiguro, the orchestral aspects of I Know I Dream, and what her Singaporean fans can look forward to.

I Know I Dream is the first orchestral album of your career. Why did you decide to make one now, and why wasn’t there the opportunity to do it earlier?

There was indeed opportunity to have done this earlier but I waited until I had landed upon exactly the repertoire that I wanted for this project. To sing with an orchestra is a profound experience, to be wrapped inside of that much sound. I had already occasionally performed live with orchestra but this was the first time being in studio with 57 other musicians and the feeling is indescribable. The experience of singing with orchestra is so visual – almost cinematic – that I went looking to include those kinds of visual songs.

That is why I open the album with Jobim’s 'Double Rainbow', it’s full of so many wonderful images, signature Jobim, mixing love and Mother Nature. I love its opening word, “Listen…” It’s an invitation to enter into this universe with us, come on this journey with us. Those are the kinds of songs I handpicked for this album. Some of the songs, for example Tomlinson and Kazuo Ishiguro’s 'Bullet Train', were only written for me last year. That is why it was worth the wait. I’ve been collecting these songs for a long time, such as 'Avec le Temps', which was one of the first songs on the list I started a few years ago.

You’ve known and collaborated with Kazuo Ishiguro for more than 10 years now – in that time it’s impossible not to change as a person and an artist. Was there anything different about working with him on I Know I Dream as opposed to Breakfast on the Morning Tram?

When Jim and Ishiguro and I met, we immediately discovered a connection, a shared vision of the world. But yes, you’re right, and all relationships evolve. I think we continue to share that vision and sensibility but the biggest difference is that when we first started 11 years ago, we were just playing around. We didn’t set out to work together, it just happened naturally but we didn’t quite know what to expect. Our expectations have altered because this is now something we set out to do – however, they still surprise and astound me, every time they write a new song! I LOVE their songs.

Besides English, you also sing in French and Portuguese. Can you tell us more about the nature of your relationship to both French culture and Brazilian culture?

I grew up speaking French because my Grandfather grew up in Paris. So, French is a language that has always felt natural. He taught me much about music and French poetry, when I started to sing, it was inevitable that I would sing in French. But it’s also because of my Grandfather that I went on to study language and poetry and literature and so once I started speaking Portuguese, it felt very natural to sing in Portuguese, too. Understanding these two languages has opened up so much music to me that I wouldn’t have otherwise has access to, had I not spoken these languages. As a lover of word and language, I feel very fortunate to have them in my life.

You’ve been making music a long time and have a broad repertoire. How do you choose the set list for your shows? What can your Singaporean fans expect?

Simply this: There is nothing more beautiful in our lives than the opportunity to share music with people around the world. We talk about this in the band a lot. What joy, what a privilege to share this humanness with people with whom we don’t share a daily life on common, but with whom we share so much in common. It is human and it is thrilling to share music. When we come to Singapore, we will of course, play some songs from the new album, but also a couple of the older songs that people request via the internet and some brand new songs, too, that we haven’t recorded yet but that we are performing live.

Stacey Kent will perform in Singapore on Thursday, 20 September at the Esplanade Concert Hall. Tickets are priced at $48, $68, $88, and $118. Concessions are available for students, seniors and NSFs. Tickets are on sale now here.