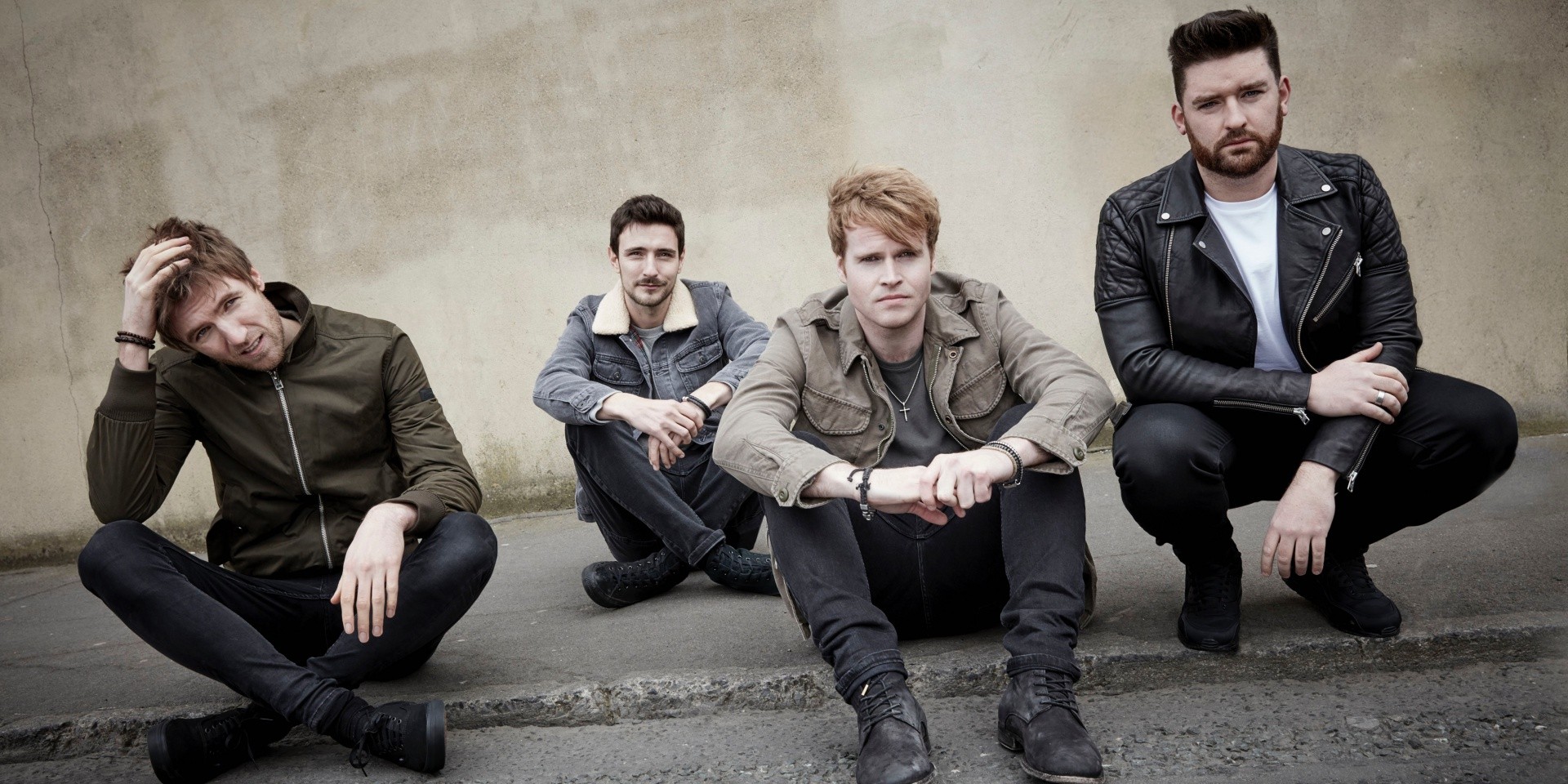 Originally known as 21 Demands, the Irish indie rock band changed its name six years later to Kodaline, and shifted its sound towards a mellower folk rock and became one of Ireland’s most successful rock bands. Its debut album, In A Perfect World, certified 2x platinum in Ireland. Among the sea of emotionally heart wrenching tracks on that record were two of the most massively on-repeat songs of our generation, ‘All I Want’ and ‘High Hopes’. They have also been used in numerous films and TV series till this day.

Following its 2015 release Coming Up For Air, the band pushes its limits with its happiest album to date, Politics Of Living. Featuring a list of uplifting and bop-worthy tracks, the band stuck to its roots of soulful folk-rock but injected the electrifying punches of pop music.

Ahead of itheir show in Singapore, we talked to bassist/vocalist Jason Boland about being back in Singapore, the latest album, tackling mental health and more.

How do you feel about being back in Singapore after four years?

We’re excited to be back with a whole new album. The last time we were here, it was crazy! People were chasing us when we were in the van leaving the concert.

Congratulations on Politics Of Living! It’s a more pop driven, dance music-centered listening than your previous work. What went into the decision to go in that direction?

Our previous albums more acoustically-driven. For this latest one, we worked with new people, which is very new for us. We usually do everything ourselves but this time we tried to see what other people could bring to the table. We're happy with what came out. We took elements of pop music that we really like but kept it quite Kodaline as well.

Were you apprehensive about alienating your older fans? Did you consciously set out to create happier-sounding, more optimistic music?

No, I don't agree that we consciously decided how the music was going to sound. It happened and we were very reactive to how we feel so, obviously, the first album came after some breakups and hard times. But now we're very happy people and we're loving life and our job – it's the best job in the world. I think that's why the music comes out a bit happier.

Even as a child, I remember being a fan of other bands and when the sound changed, I grew with them so we're hoping that our audience is able to stay and develop with us. You can't expect a band to stay the same forever.  There's got a little bit of pop in it but folk is the foundation of it.

It’s known that the band has worked with a number of notable producers for this album. People like Steve Mac (Ed Sheeran), Johnny Coffer (Beyoncé), Jonas Jeberg (Kylie Minogue) and Stephen Harris (Kaiser Chiefs). What influenced your decision to include heavy-hitters in the pop industry?

We all decided that we wanted to try it and push further than before. Once those people come to you, it'll be silly not to try it. And we weren't necessarily going to use all the tracks but we loved what came out of it [production]. That's why we made the album.

We really didn't expect that Steve Mac could do anything for us because he was such an amazing pop producer. We didn't think it could work either but he produced one of our favourite tracks on the record. We were really happy with it.

I felt that 'Hide and Seek' is the biggest change from where we would've gone with it. We would have made it something from the second album such as 'Autopilot' or 'Caught In The Middle', which are electronic – chill electronic – but the producer gave a different perspective and we really enjoyed it. And our fans seem to love that track.

'All I Want' and 'High Hopes' have become two of your most popular songs since they came out in 2013. How do you feel about the massive reception you still get from singing them live now?

It is the best feeling in the world. We still get goosebumps when we perform those songs live and hearing the crowd sing the words back to you is wonderful. Hopefully, that will never go away. I hope that we can get more songs with people singing back like with those two.

The reaction for the new album has been incredible when we perform it live. The fans have embraced it as much as 'High Hopes' and 'All I Want'. We can't wait to play in Asia and see how the fans will react. 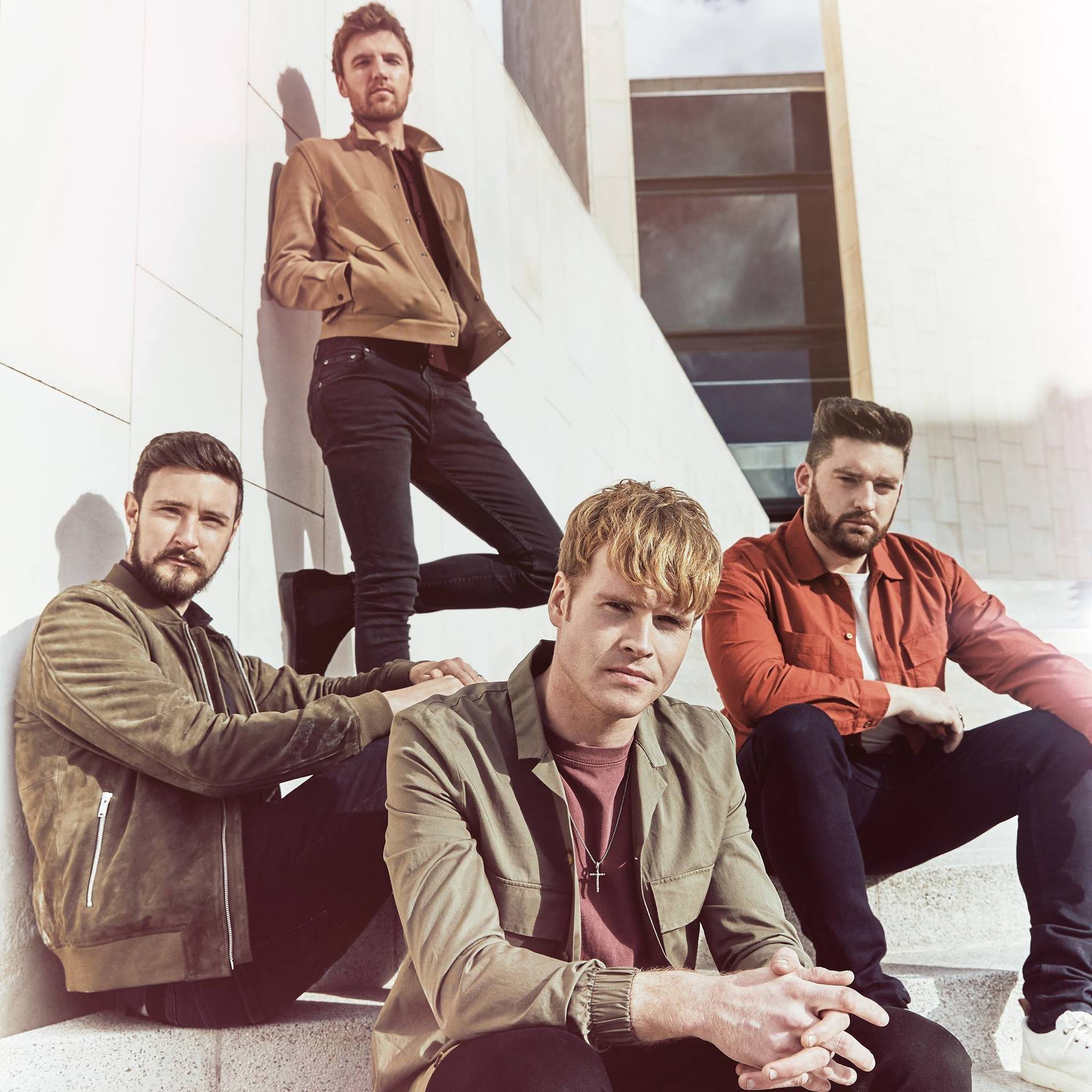 Three albums in, what still keeps you motivated to make music and tour?

The love of music. The fact that we get to go into a room and play with our best friends and call it a job is the best thing in the world. We're incredibly grateful that this is still our job, even if it wasn't, we'd still be making music. It's what we love to do.

With talk of mental health being on the forefront in the music industry these days, how do you cope with the stress of putting out albums, going on tour and facing public scrutiny in general?

The huge benefit for us is that there are four of us and we've been friends for so long. We have all each other's back a lot of the time. If someone is feeling down, the three of us are going to notice because we're around each other so much. We always do what we can to keep each other going. Everybody goes through ups and downs and that's part of life, isn't it?

Is there anything big in store for you this year?

We're already on that road of making new music. That's what we do as soon as we finish an album. We get right back in the studio and squirrel away. We can't wait to get more music to everyone this year.

Kodaline will perform at Zepp@BIGBOX on 5 March 2019, organised by LAMC Productions. Early-bird Tickets are now on sale via the official ticketing agent SISTIC.