"I just sat on the remote and accidentally locked all the channels on telly. My girlfriend is going to be so mad."

One would think this was a casual chat with an acquaintance but here we are conversating with Will Farquarson, the bassist of British indie-rock band Bastille. Despite the huge hype the band had garnered since they appeared on our radars and the success their debut album Bad Blood has received, they remain down-to-earth and seemed candid enough to talk about some starstruck moments they've encountered and waxing lyrical about Laura Mvula.

You've played a lot of festivals around the world, which one was the most memorable?

Personally I would have to say Glastonbury. It's one of the festivals, especially growing up the UK, that I think was the pinnacle of live music and most musicians who have bands aspire to one day get to perform there. The taking off part.

Playing with other class acts at a festival, do you still get starstruck?

Oh yeah all the time. I was once lucky enough to have met Rihanna, it was before Bastille actually. I went up to her and tried to say hello to her. Out of pure politeness, she said hello to me but when I tried to say hello back, a sort of whimpering noise came out from my mouth. I did not impress her at all.

There was one time we went to the Brit Awards and Dan (Smith) got a bit drunk. Turns out when he gets a bit drunk, he's not particularly cool. He kept going up to famous people and going "I love you man". A little bit geeky...

We've seen many Bastille videos floating around the Internet for a while, what took you so long to release the debut?

We did a lot of stuff ourselves before finding a record deal. We formed in 2010 and began releasing our stuff independently and only in 2011 when we got a record deal, we had to start working on our album so we took a break from releasing stuff but kept things interesting but releasing mixtapes and stuff. We wanted to take our time on the album so we took a year working it out, we didn't want to rush into things and hope to have a little longevity.

What is the highlight of your career so far?

It keeps changing all the time! It sounds like a cliche, but there's so many things. Especially this year, when the album went to No. 1 here and all the singles have taken off as well. Every week there's something new that we'll go, "This is the most amazing thing ever." I think for me, the album doing as well as it did is something tangible enough for me to say "We have this album that went to No. 1." It's something I can show my grandkids. 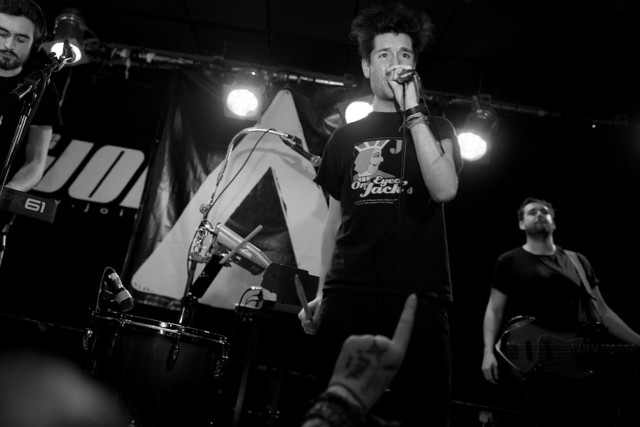 How long did Bad Blood take to write?

I think for a lot of bands, the first album is a kind of compilation of all the songs you have ever written. The oldest song on it is 'Daniel in the Den' - when I first met Dan, who was a solo artist then. Back then I was still helping him out with his project and then he played me 'Daniel in the Den' and that was it for me. I was like, "This guy's got something I need to be involved in."

Which track in Bad Blood is your favourite?

I would have to say 'Daniel in the Den' because it has got a lot of history. But the most recent song we wrote, 'Bad Blood' is also one of the coolest songs we've got.

We've been watching your BBC1 videos and we love your choice of mash-ups and covers, how do you go about choosing songs?

We had mixtapes called Other People's Heartaches (Pt. 1 and 2) and the songs we chose in those were kinda songs from our childhood and early teens. The first song we did was 'What Would You Do?' by City High, a hip hop band, we just cover songs we like, really. We also like working with pop songs because they're valuable, they've got such a strong melody. If the song is well-known, everyone will sort of connect with that, we just add the Bastille twist to it.

What about you personal taste, do you all have a diverse preference in music?

Dan and Kyle (Simmons) probably have the most similar music taste, they kind of listen to new music, they like New York bands like Yeasayer and Vampire Weekend. Woody (Chris Wood) likes stuff like Queens Of The Stone Age, me and Woody grew up listening to Red Hot Chilli Peppers and stuff. I personally listen to a lot of blues and jazz, my tastes are probably the furthest away from the band. I don't listen to a lot of pop music and the sorts. Currently I like Laura Mvula.

Oh we actually spoke to her a few weeks back!

Oh yeah? She's amazing. She's got the most peaceful voice and she uses her voice like an orchestra, really good. I really recommend her album to anyone. Go check her out!

Are you guys influenced by what you listen to or is there a certain sound you're going for?

I don't think we have a certain sound we're going for. I think for us, it's always about not tying down a song to whatever restrictions, instruments played and all that. A lot of it is electronic as well so you can sort of program it and make cool sounds which is quite a challenge when we try to recreate live... going back to the question! Yeah, I don't think we have a particular sound, we never really aspire to stick to a sound. We're not the sort of band that goes 'oh we're this type of band and we're gonna make these sort of songs.' 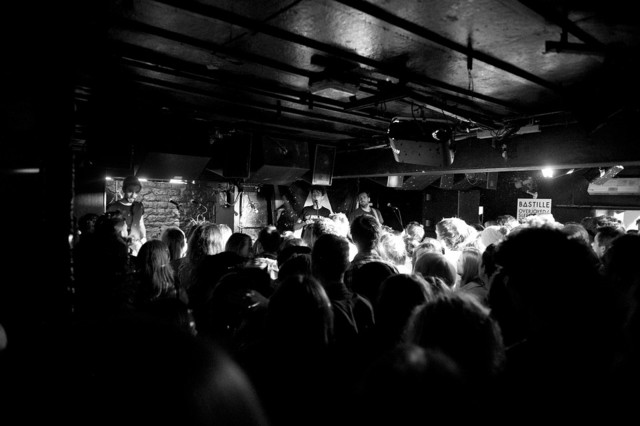 Oh no, the next questions is going to be tricky for you then: describe Bastille's music in three words:

Fair enough! You've mentioned a lot of artists throughout the interview that have dropped by Singapore at some point, would you consider coming here?

We'd love to! We're just trying to find time to, which is our biggest problem and a lovely problem to have. For the next three or four months at least, we are kind of stuck in Europe and America. Next year we're looking at when we can make a trip outside of Europe so there should be some time, around summer perhaps that we should be able to Asia.

There's a lot of people waiting for you here!

I know, we've been hearing about it. Funny old problem to have, too many countries to visit. It'll be lovely, we'd love to come over. I sure we will! You have my word. 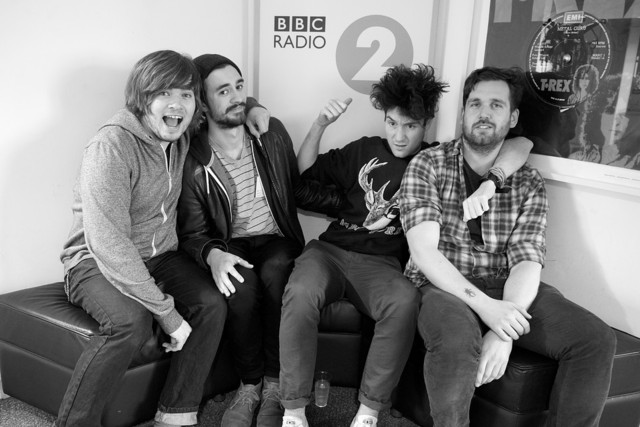 Is it back to the studios for Bastille after touring madness, or just some down time?

We kind of started our second album already. Anytime we get some time off work, we drop by the studio to do some recording. So we've got about six or seven songs all ready, and we're going to try them out for our next tour so hopefully next year you guys might hear a new tune as well?

A few words for the Singapore fans?

Thanks for listening, and we hope to see you soon! We're excited to come to see your wonderful country.

Interview done by Delfina Utomo and Nor Asyraf 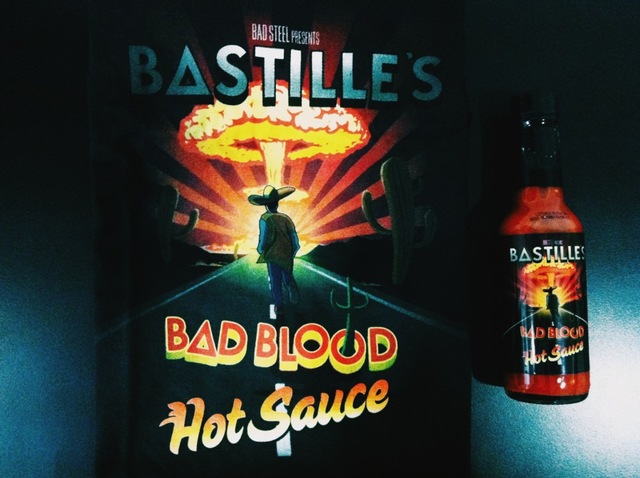 Are you a fan of Bastille? Are you a fan of hot sauce? Or t-shirts? And contests? Fortunately for you, we cater to all of those things - look what we have, courtesy of Universal Music Singapore! Win a bottle of Bastille hot sauce and a t-shirt, we have four exclusive sets up for grabs. Just follow these instructions:

1) Answer this question: What will you enjoy your hot sauce with?

2) Email the answer to us at: bandwagon@bandwagon.sg