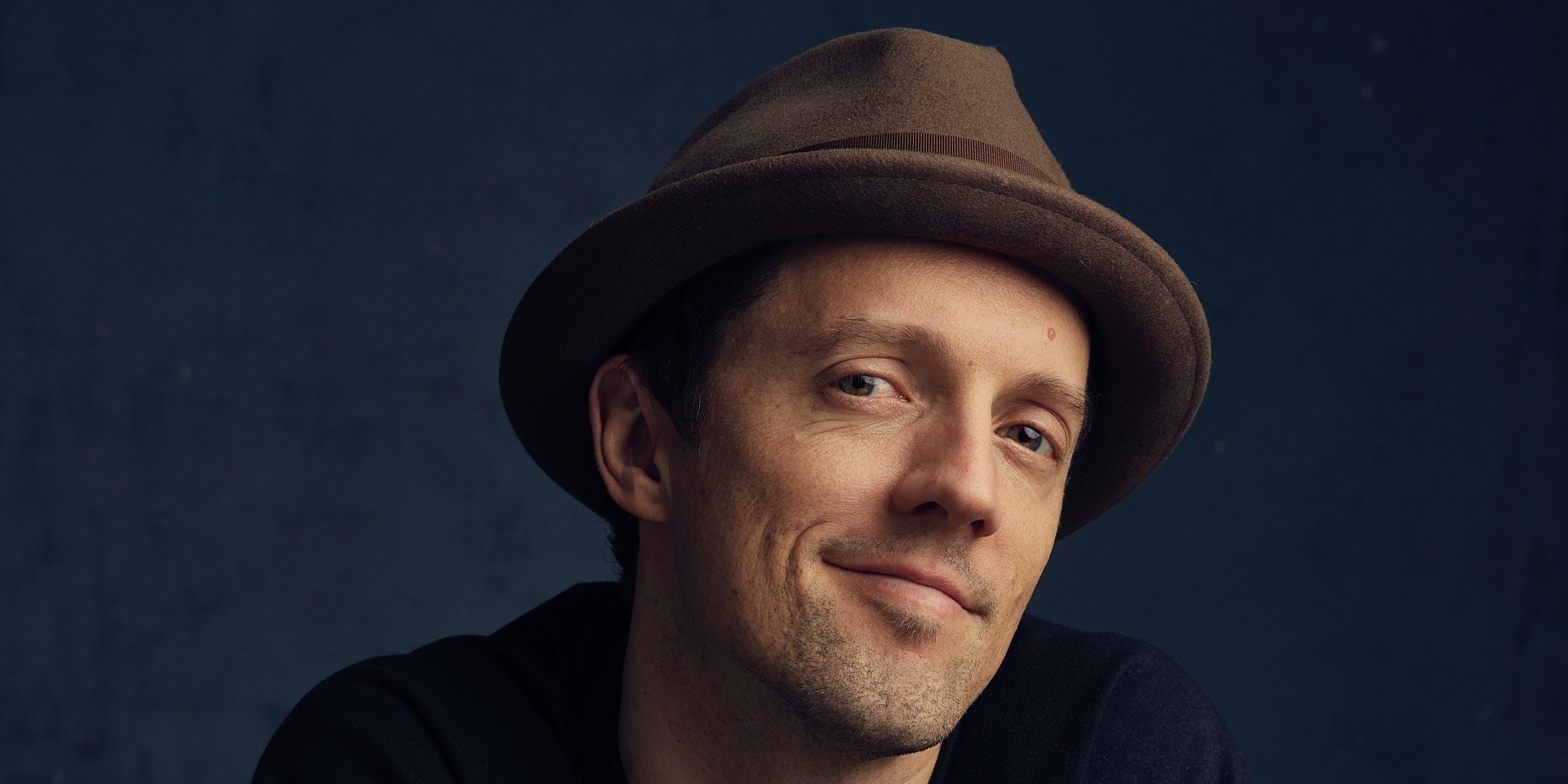 Jason Mraz’s infectious blend of feel-good rhythms, sincere lyrics and down-to-earth personality has been his charms throughout his 20-year-career. Then, there are the hits: His most iconic song, 2005’s ‘I’m Yours’, has garnered over 600 million streams of Spotify and certified Gold or higher in numerous countries. And that’s just scratching the surface.

Since then, his discography has touched millions of hearts at home and overseas, spreading his philosophy of life and gratitude to everyone who needed it most. There’s no denying that he’s one of the brightest spots in the pop/singer-songwriter scene of our generation.

Before he touches down in Singapore for his Good Vibes Tour, we spoke to him about his philosophy of life and music, his latest album, Know. and his love of nature, including his beloved avocado farm.

How have you been since the last time you were in Singapore, last year?

I've been very good. I've been having lots of fun, continuing to make music and travel. I've also been continuing to practice gratitude and enjoy my precious time in America.

You'll be returning to Singapore this year, which is just a year after your last concert. What is it about Singapore that draws you in?

It's certainly a centre for trade. But I always look at the peripheral and the perimeter. I look at the tropical trees and the beauty. The nature that changes humanity. I love Singapore's Botanical Gardens and Gardens by the Bay. It's a major city but you don't have to very far to get close to nature. I love that about Singapore.

And why is nature so important to you?

It's the most important thing to all of us. I love it because it's real and it's quiet. It's always a pleasure to interact with nature, whether it's watching animals or plants grow. I wish more of humanity had access to and/or awareness of nature so that in our consumption, we would treat nature differently. 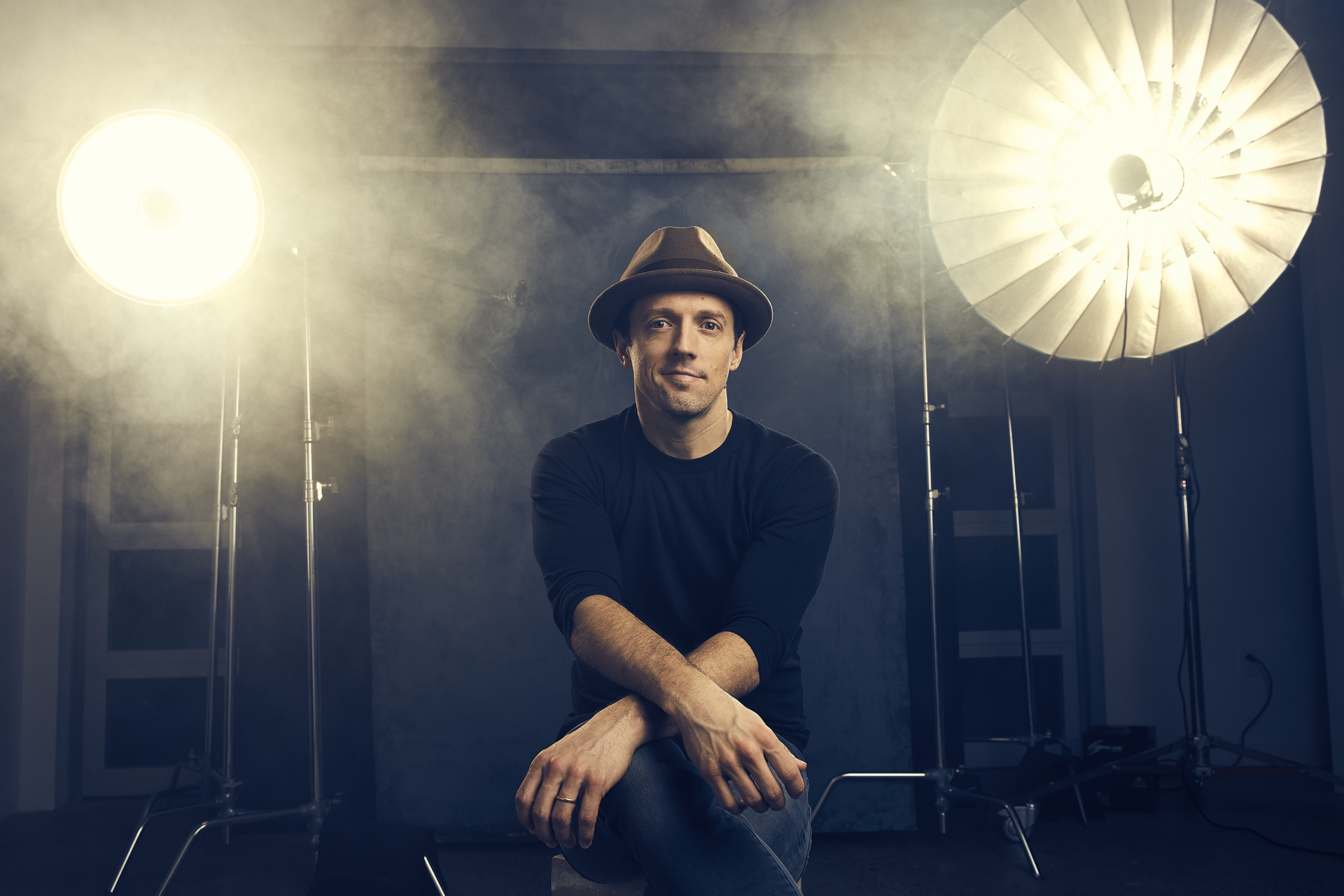 Moving on to your music, your latest album Know. is a fantastic body of work. Was the songwriting process different from your previous albums?

I don't know if there was anything different in the process. The only thing different about all of my albums is the slight perspective that changes with age. There are certainly songs from my first and second albums that I no longer perform. I don't connect with the mindset that I had on some of those songs now.

It was around 2007 that I wanted to do well. I wanted to do goodness with my words and my actions. I tried to write the kind of songs that are transformative and can awaken one to the precedence of life or nature or their own heart. I do it to awaken my heart. I've put in that effort to practice love and to remind us to be grateful in almost every album since then. To be "woke" as it is now said. So writing these songs on this album was no different than on previous ones.

Technically, there are a few differences. On my Yes! album, I wrote and recorded most of my songs with Raining Jane, which will be travelling with me to Singapore. Whereas on this new album, I did it a little more solo, the band still did participate, but not for the duration of the album, only on selected songs.

How was it like working with Meghan Trainor on 'More Than Friends'?

Meghan's fantastic. She's very smart. Very musical. When you get to spend time with someone who is a powerful creator, it rubs off on you. I get very inspired by that. She's very inspiring to work with.

The music video of another song off the album, 'Might As Well Dance’, featured a few clips of your wife and you dancing on your wedding day. Did you intend on writing that song as an ode to your wife or did it come naturally?

I did. I wrote it for my wife. That's exactly it. That's why I ended up making up the kind of music video that I did because the song originated as a little love song on my wife's answering machine. After some time, I took it into the studio, turned it up a little bit and eventually made it onto the album. Once it was there, I realised it needed video content and I looked at my own wedding footage and thought it was really cool. I asked my wife and she gave me the green light to share the wedding footage on that song.

At this point of your career, are you concerned about making hits?

No. If you get a hit, you're lucky. But, nowadays, there are so many people looking for hits and it became a competition. I've been very blessed to have had constant support and listenership from loyal fans. My goal through all of this is to make rad music; try to be a rad artist. If you do that, you don't need the hits. You can focus on making art and you'll have people who'll love you and support you regardless of that. I don't look for hits. If they happen, they happen. If they don't, it's no big deal because the art is already being made.

You've always spread positivity and happiness throughout your career in music. In the current global political climate, how much more important is it to you to continue to do so?

Very. In some ways, governments do help because we have to be organized, in some manner. But in many ways, there is a lot of bickering, corruption and inequality. You know, it's tough, and happy songs might be the antidote. They're used everywhere – in church, for all ages – so it's important to have music with positive ingredients. That way, this challenging life – which will always be challenging no matter who’s in charge – can, hopefully, have pockets of solace and peace and hope.

Bringing it back to your love of nature, why did your wife and you decide to start an avocado farm?

Well, nature in California consists of desert cacti. You actually have to work on the land in order to produce fruit. About ten years ago, there was a big movement and I caught wind of eating farm-to-table, knowing who your local farmers are and being able to buy food directly from a farmer. I realised I could do all of those things in my own backyard, with a little effort. So I started adding fruit trees around my property and meeting other farmers; urban farming was taking off. Now, ten years later, we have a variety of fruits and food that come in seasonally. My carbon footprint is massive because I travel a lot. I feel it's important to live in a way that will offset that. That’s why I did it. 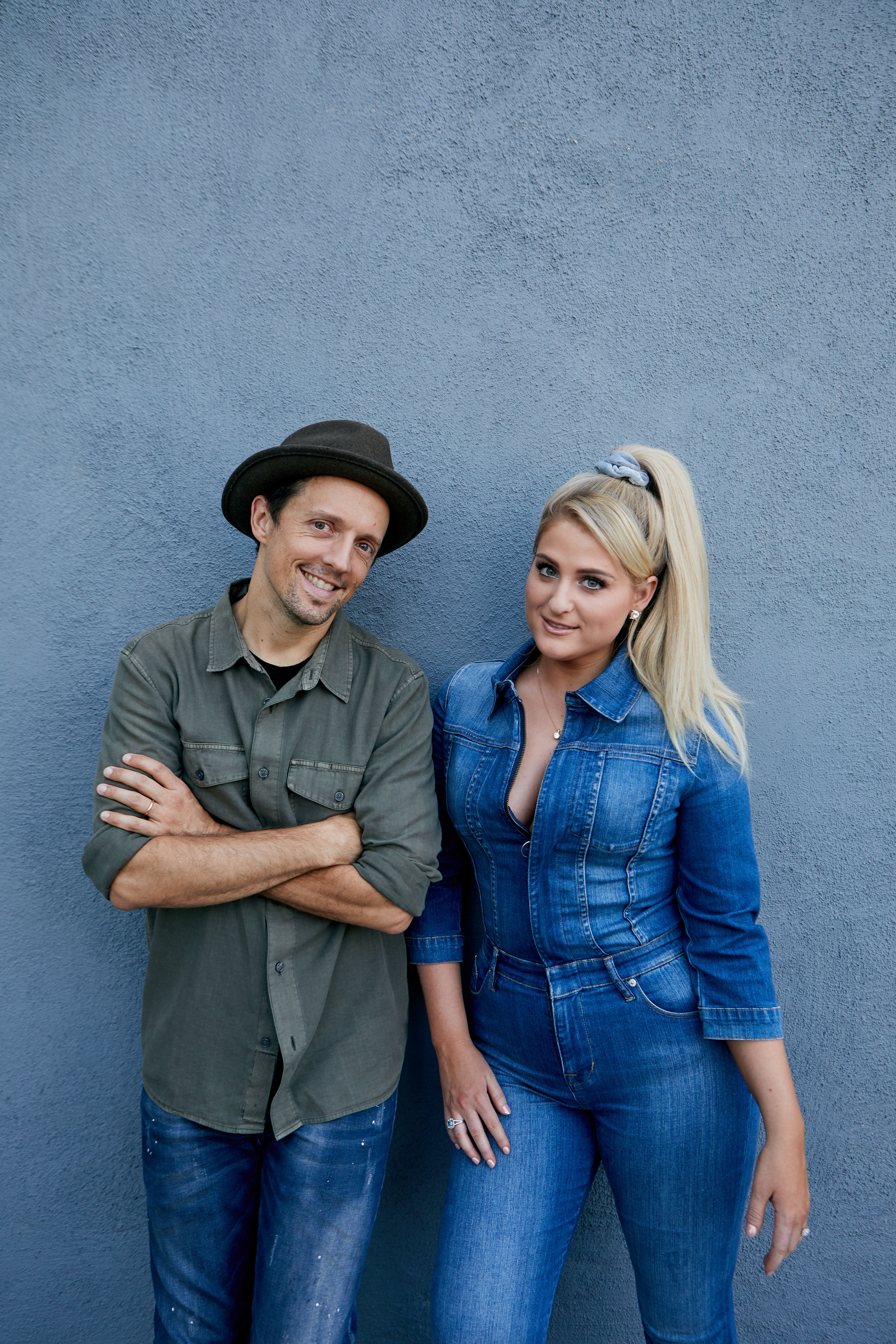 Does working on the farm help you to de-stress from the pressures of having to make music?

Well, I make music almost everyday so I don't stress and feel pressured by that. I work during the days outdoors and enjoy nature and when the sun goes down, I go to the studio and do my studio thing – create songs. It's just like farming. Eventually you'll have to take that fruit to the market and that's basically what's going on with my music, as well.

I will be touring much of the summer, all around the planet. When I'm not touring, I'll be making music, working on the farm and, hopefully, being a better husband because that's always worth improving.

Jason Mraz's The Good Vibes Tour 2019 will be happening in Singapore on Saturday, 11 May, at The Star Theatre. Get your tickets here. 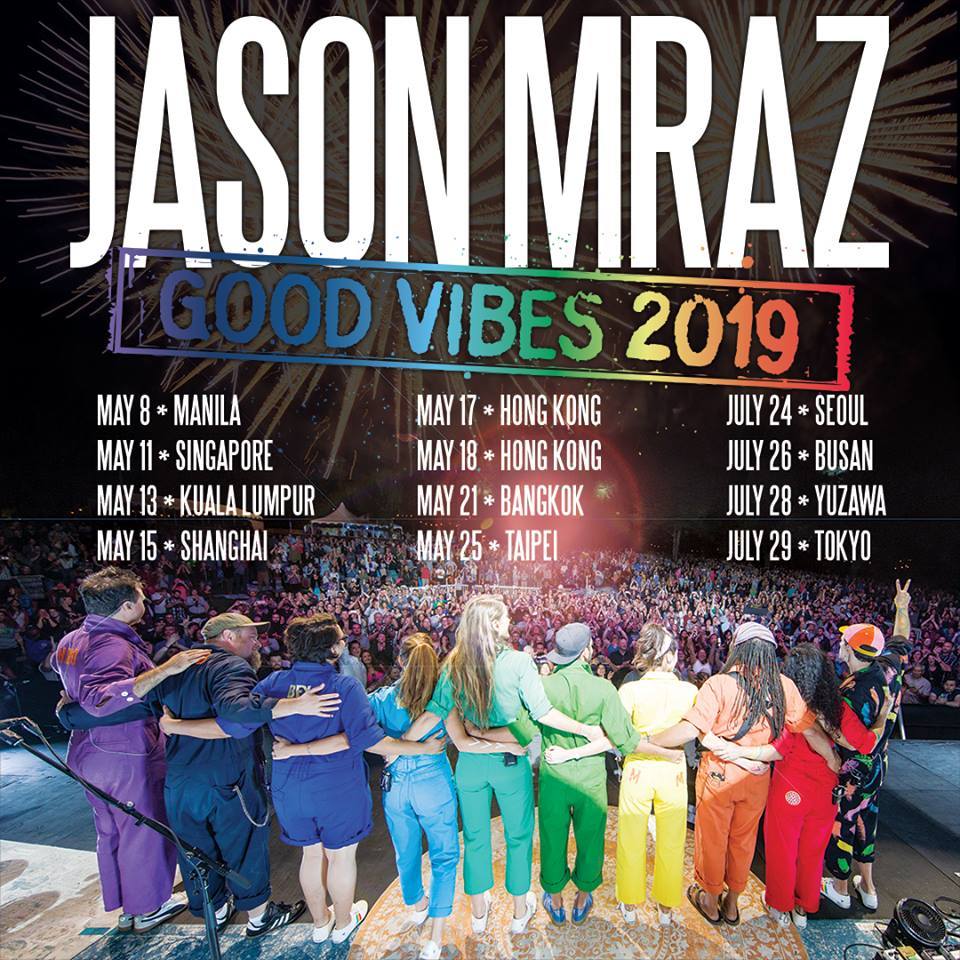