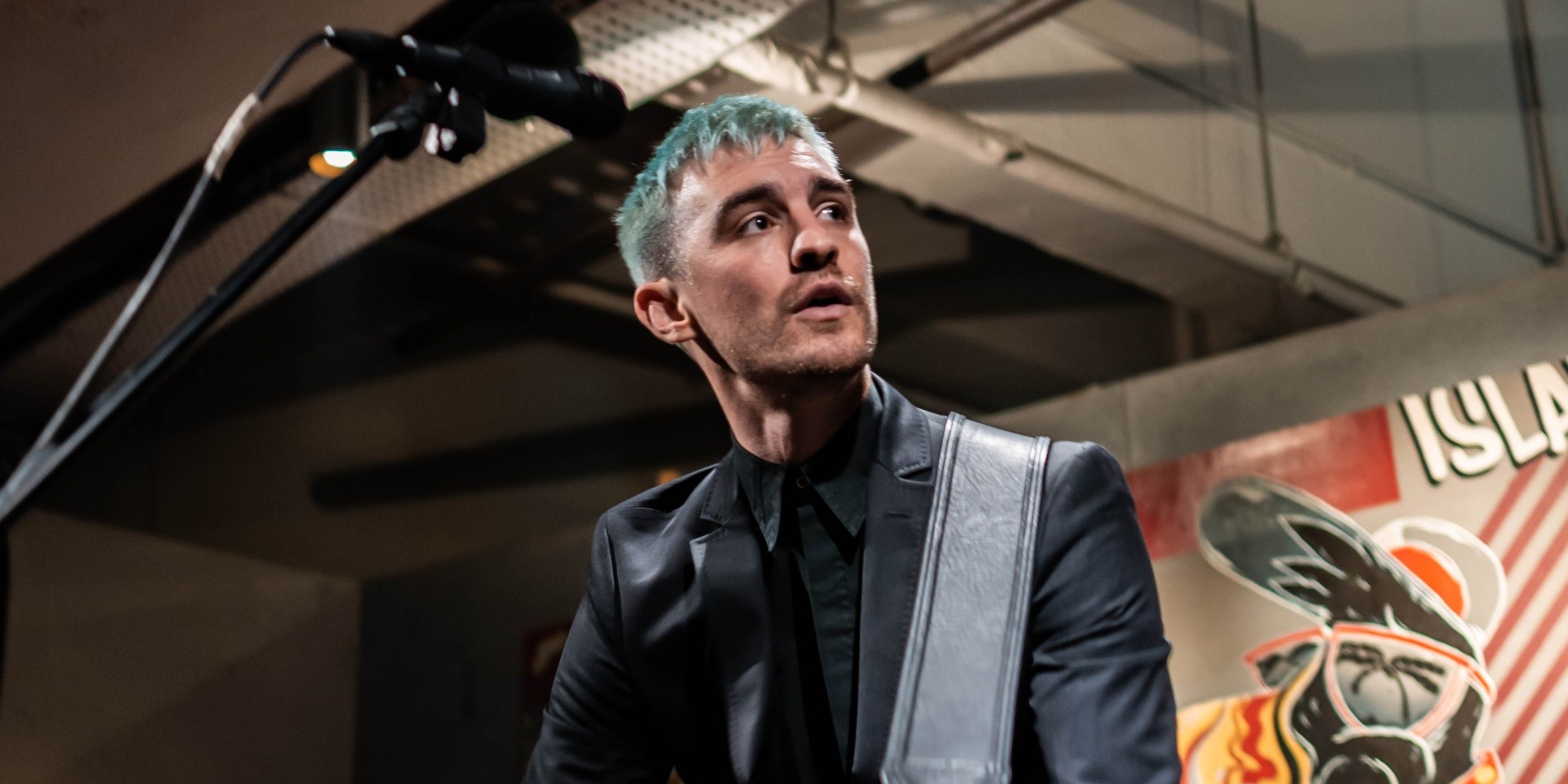 It’s been six years since The Click Five’s breakup but Kyle Patrick’s name is still synonymous with the band. And he wasn’t even the original frontman. But that didn’t matter, to the fans, at least, back then, and it doesn’t matter to them, now, too.

After news broke that Patrick will be in Singapore to perform an intimate show at a “secret location”, at Kilo Lounge, tickets flew. And he arrived in The Little Red Dot, with his friend and musician Jesse Ruben, who he helped produced his latest EP for, to a sold-out show.

In his solo guise, his last release might have been in 2012 but he has been busy transitioning to an artist-producer role. So far, he’s worked with emergent artists such as Twin Spirit, Beach Tiger and Gryps, to name just a few. In between that, he's also been writing songs for his solo project, in his new bright and sunny home in Los Angeles. With all these under his checklist, Patrick is more than ready to embark on the next chapter in his life.

Before his performance, we spoke to him and got a deeper look into his life after The Click Five.

It's been good, interesting. My life took a pretty massive turn at the end of last year. I had a breakup after a very long relationship. I was with a girl for seven years and the relationship ended right before Christmas. That catapulted me into 2019 to this weird place.

There was a certain point in that relationship where I was getting pulled aside by multiple friends of mine – from different angles – all saying the same thing: I wasn't being myself. I always had that in the back of my mind. But because my friends were always bringing it up so it was brought into reality and that, sort of, led to the breakup. I was back home during Christmas and I felt that I needed to get away for a bit so I moved to Los Angeles.

I've actually wanted to live there for a long time. I also did the cliché of dyeing my hair. (laughs) That's been the start of 2019, for me: Getting out of extreme sadness. Now, I have a new house with my own studio with lots of sunlight, which I didn't have back in New York. It's a totally different thing so I'm really happy.

I met Linying, too, who’s in LA, and we had a great writing session. We've got a really cool song.

How does it feel to be back in Singapore to perform?

It feels amazing to be back. Singapore has always been kind of a home in Southeast Asia for me and The Click Five; we've had some of our best shows here. I'm ready to have bak kut teh and chicken rice. The show's sold out so that's sweet. That, in itself, blows my mind. To know that people are still interested in hearing these songs live, after 10 or 12 years.

The show that I did in Manila, just the day before, was one of my best shows ever. Fans were bringing old Click Five CDs and telling me how I've inspired them and changed their lives. As someone who kind of gave up on performing that was rocket fuel to me. I'm back, baby.

What did you miss about performing with The Click Five?

There are things that I completely cannot stand being in a band. I'm very opinionated and that means I want to have control and be running the show. But those don't work when you're in a band. When you're a solo artist, you get to do that. However, there're some things as a solo artist you'll never get, for example: The camaraderie on stage. That's incredibly special and I really miss it.

How has the transition from being a full-on performer to, now, juggling both producing and performing?

There are difficulties with that. It can be very rewarding. Being a producer, I can work on something like Jesse's project one day and the next, I'll be working with an electronic band. That’s exciting; working on two different genres from one day to the next. It helps you not feel stagnant. Creatively. That's something from producing that I never got, being an artist. Producing has helped me try new things and explore different avenues.

However, going back to being in control, there are certain projects where I've worked on where I became a teacher instead of a creative. I had to fix a lot of things to make it good. I realised I was computerizing too much so I’ve started to take a step away from doing that. That's the reason why these shows came about.

Why do you think that there is an uprising of producer-artist hybrids?

I would say recording, in general, has become a lot easier. We're so far from the analog age where you had to be in the studio to make a record. Out of the 50, 60 songs I've finished, I made about 15 of them on my iPhone.

When I was working with Spirit Twin, they gave me this idea: 90 minutes. iPhone only. Make something. One per day for 30 days. That was enlightening for me because my production process in the past was extremely lengthy.

In 2011, The Click Five teamed up with MTV EXIT and became ambassadors for the cause. Back in the day, if you were woke, you were woke. Now, it seems like you have to be. Do you think artist should feel obliged to incorporate messages into their music?

I think you have to walk the walk. Jesse Ruben is a perfect example. He’s doing whatever he talks about in his songs. He lives it, every single day, so you'll believe him when he sings it. If you're going to try and sing stuff about human trafficking, for example, but you go on to do something that is against the cause, you're not walking the walk. You're not the right person to be singing about that and you can't be believed. 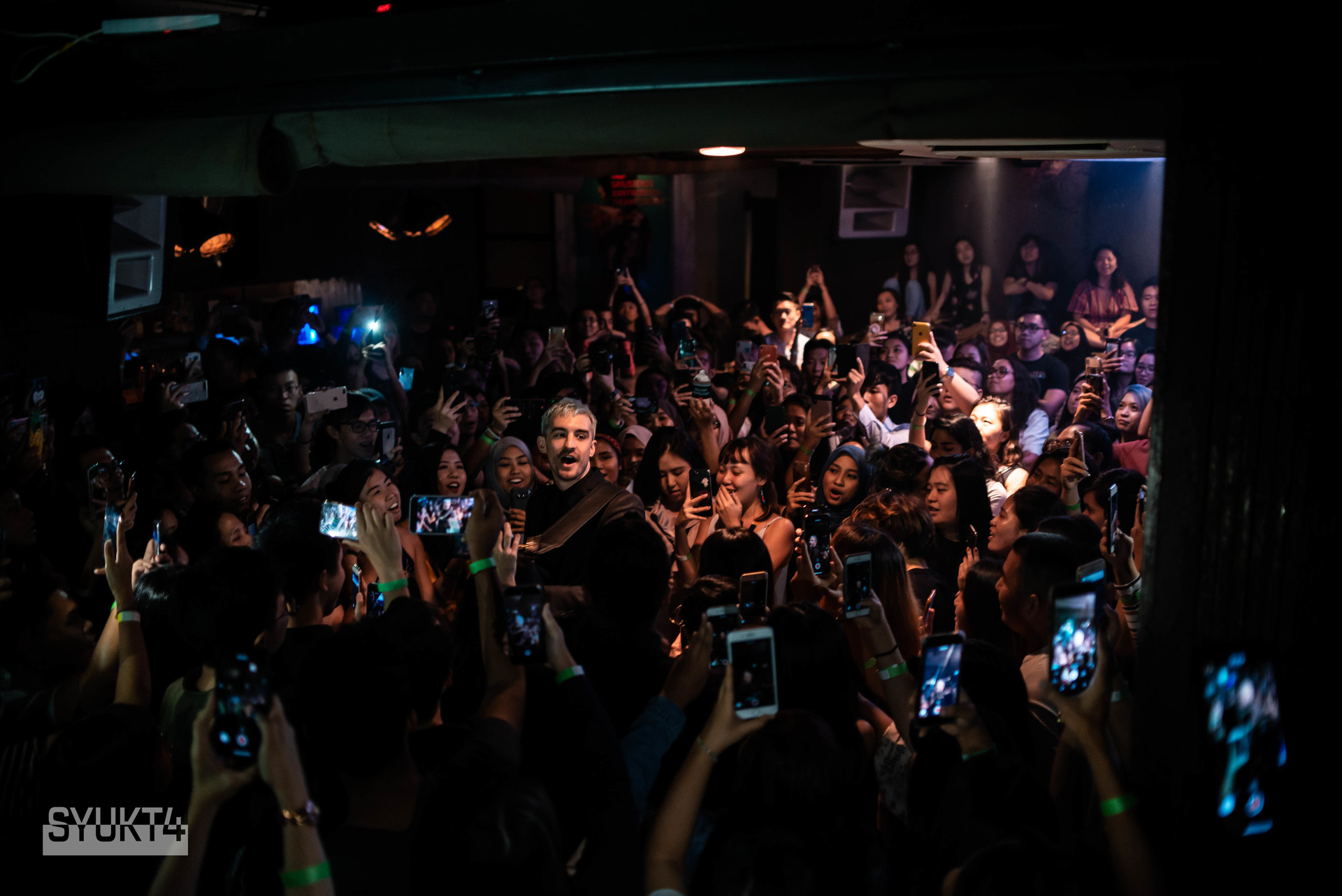 What's the rollout for your new music looking like?

I don't know, to be honest. I've been taking it a day at a time. I've also been focused on this trip a lot. My goal, when I get back to LA, is to sift through all the songs and start to write lyrics for them. Most of them are not finished. They're either musical ideas or a loop of something I've created. I would like to be releasing something surrounding this trip later this year.

These shows are a way of showing me that I still like to do this (perform). I want to use my voice again. For the longest time, I didn't want to use it. With The Click Five, we were doing about 200 shows a year and I got super burnt out. After seven years on a break and seeing the good and bad sides of producing, I knew where the happy medium is – what projects I wanted to take on as a producer.

That bring said, I’m going to take on less projects. In the past, there were a few projects where I had to take just to earn money. But I don't want to do that anymore. It's soul-sucking.

What advice do you have for aspiring kids wanting to do what you do?

Don't listen to anybody. That's where I'm at. Do your thing.