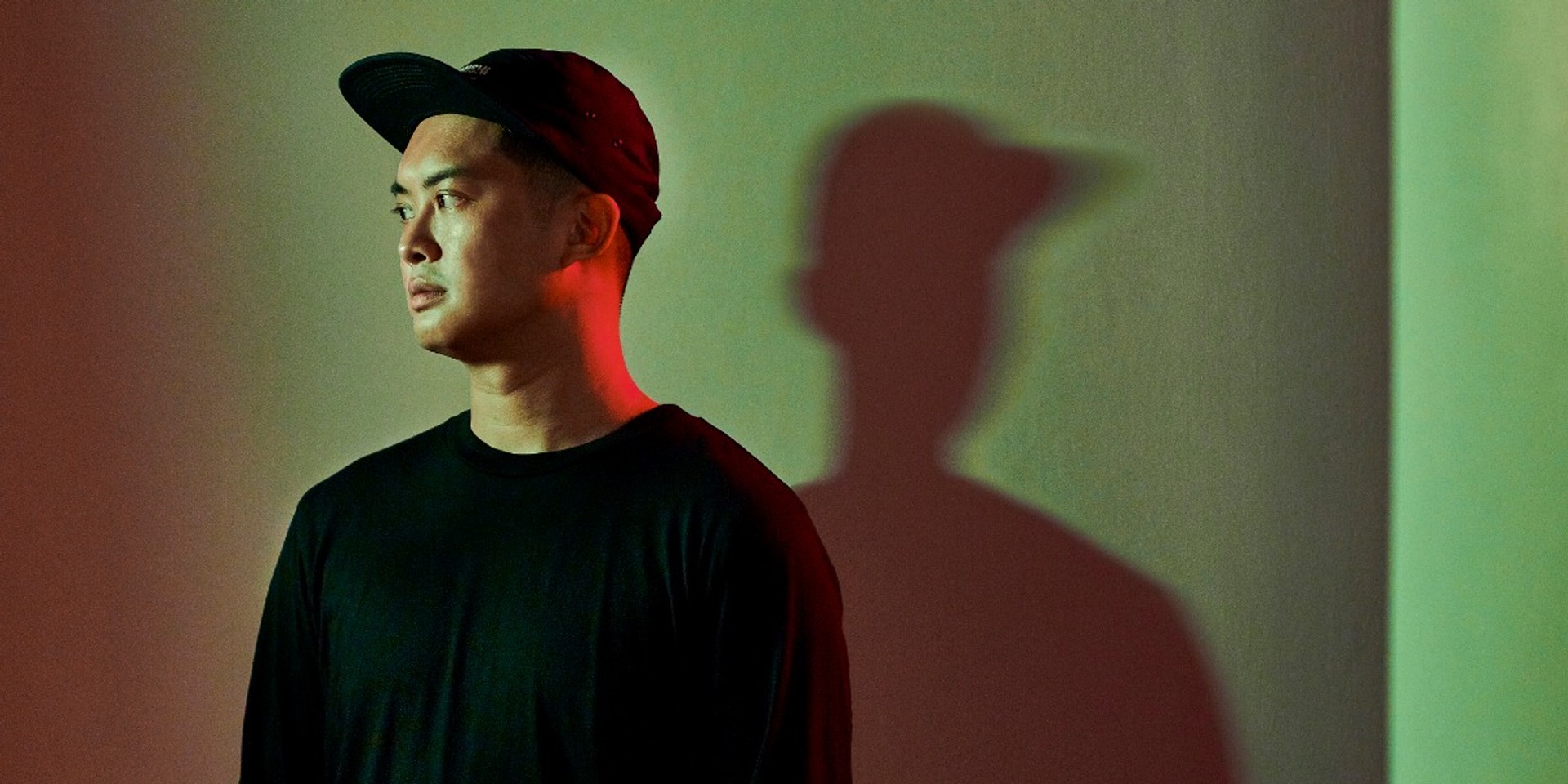 At some point, they all come home – but the journey back isn’t always fuelled by the need for some pre-natal sense of comfort. Nor is it a mere exercise in genre. If you’re like Intriguant, returning to your point of origin, where the roots that support the sum total of your entire expression dig deep into the earth, is a pilgrimage of of self-discovery.

At the tail end of last week, the Singaporean DJ and producer lifted the veil on his second album Kindred. The eight-tracker follows his 2016 debut full-length Recluse and is a sumptuous distillation of house, techno, hip-hop and bass music into a singularly explorable and enjoyable experience, a thesis on the recombinant power of dance music that is nothing short of a creative awakening, one that transforms a personal revelation into communal ecstasy.

Below, we speak to Intriguant about the record’s origins and what he learned about himself from its transformative process.

Congratulations are in order for the Kindred. You've mentioned that it's a return to the club. What made you want to take that direction?

Over the past two years, since the release of Recluse, I thought of doing something in sync with where I come from, especially with my DJ sets. For a while, I felt that my live sets were very different from my DJ sets. There's a very different sound: When I play the DJ sets, it's a bit more club-like, but my live sets for the previous album are more chill. So I wanted to dig deeper into my roots and explore the sounds that shaped my early period more.

It comes back to the whole concept of underground culture. When you're going to one of those underground venues that are secluded, especially those that are in the basement, it almost feels like it's a passageway to another dimension. The music is very focused on the fundamentals –  beats and rhythm – so there are not much vocals. So, it was, in a way, going back to the basics and my foundation of creating that kind of instrumental, beat music.

One of the forces that influenced the album is your time in Japan. What did you experience there that shaped the direction and sound for this album?

When I was in Japan the last three times, it was the venues that gave me the idea of the basement thing. In Japan, most venues were really in the basement, even two to three stories down. You feel like you're in this safe zone.

One thing about Japan's clubs and bars is that they have really good sound systems. You pay more attention to the music, and I could tell from the people's reactions that they're more focussed on the music. The music comes through to everyone.

My lead single is called 'Chika', which actually means "basement" in Japanese. I wanted to showcase that side of what I experienced in Japan.

In your mind, what is the perfect idea of a club?

I always think about a space that isn't very well-built and a bit grimy, where you can still see the pipes and concrete. To me, that's the character of the space and it works with the music that I started with. It can be beat music, or drum and bass. That's the kind of space that resonates with that kind of sound.

Sometimes, when I tell people I'm playing at a club, they'll be confused because my idea of a club is different from theirs. It's a club with a different kind of sound, like eclectic music. I feel that's a side of Singapore that some people know about, but at the same time, more people need to be acquainted with that kind of sound. We have the big clubs that are already running well, but we need to find the little pockets which cultivated the Singapore DJ scene in some ways.

You've been a producer and beat-maker for a long time. How would you say your relationship with production and beat-making has changed over the years?

It definitely has changed quite a bit. When I started out, it has always been about hip-hop production, and I mean instrumental hip-hop, such as Madlib, J Dilla or Nujabes, but it came to a point where I wanted something more. I wanted to experiment with sounds, synthesizers and stuff. That's when I discovered Low End Theory, whose sound had the fundamentals of hip-hop and still sounded experimental, and I really liked that. I also discovered all the Warp Records guys, from Prefuse 73 and beyond. I was trying to advance in that area but in the last two years, I actually started to like techno.

Back in the days, when I started, I was more of a turntablist and a hip-hop kind of guy. So I thought I was just going to do scratching and stuff, but somehow, I started to appreciate techno more, and I wanted to try producing that kind of music and feel how it's like being in that kind of space. I went to a couple of techno parties to feel the energy. To me, if you're trying to make techno and you don't go to a venue to experience a proper techno night, it doesn't translate well. You need to experience it, either in Singapore or overseas, to create that sort of music.

You've got Recluse and now Kindred. Besides the sounds, what's the biggest thing that sets the two records apart?

I had this epiphany: I knew I had to not overthink music. When I was making music for the previous album, I was always thinking about how I can create a sound that is so unique that will make people think, "Oh, that's a unique song". Now, I don't give a fuck whether it's unique or not and I create whatever comes to mind. That's how I try to produce more material.

This also goes back to the underground music scene. Most of my friends now are from the same circle and scene, and although we're from different collectives, we love the same kind of music. That's how I started thinking, "Why am I trying so hard to create a sound that's unique when everything should flow naturally?".

It's like a very natural expression, something as simple as taking a pen and paper and coming up with something. That's me with music. When I open a session, I'll start with a certain sample, chord progression or beat, and I'll work from there.

How did 'Kindred' come about?

That song was created from a sample that gave me the feeling of a very religious chant. At first, I wanted to call the song 'Uma', which has a very religious, Arabic meaning. But I thought about it and changed the name to 'Kindred' because of the whole album concept.

It's also very different from the tracks in my previous album, which were four to the floor, but this track has given me a different idea of bass music half-time. It still works and resonates within the beat-centric way, because even though I'm trying out techno, my foundation is still hip-hop and beats.

And then there's 'No More', which is is more soulful.

'No More' was the first song I did for this album. I actually made that song two years ago. The funny story behind this song is that it was a vocal track of Brandon Tay singing 'What Is Love' off-tune. That was when I was still working at the radio station, so I recorded it there, brought it home and started fucking around with the sample and created that vibe. That jump-started the whole thing, and that was the track I've been trying out at different places. I really liked the idea of the track and how it evolved my music production, from whatever it was during Recluse to how it is now.

'Regulator' has tribal beats and a wobble there as well. Is it part of the greater theme of you revisiting your roots?

In a way, I like taking old stuff and making it sound different. I can sample in a very hip-hop style, yet I didn't want to. I wanted to try something more experimental.  I wouldn't say, technical, but small-scale, in the sense that I would take small parts of certain samples here and there.

That's also one of the earlier beats I was making and I like that it was a lot of experimentation with different MIDI sequencing and sounds, but yet it was still about making it sound like what I wanted. 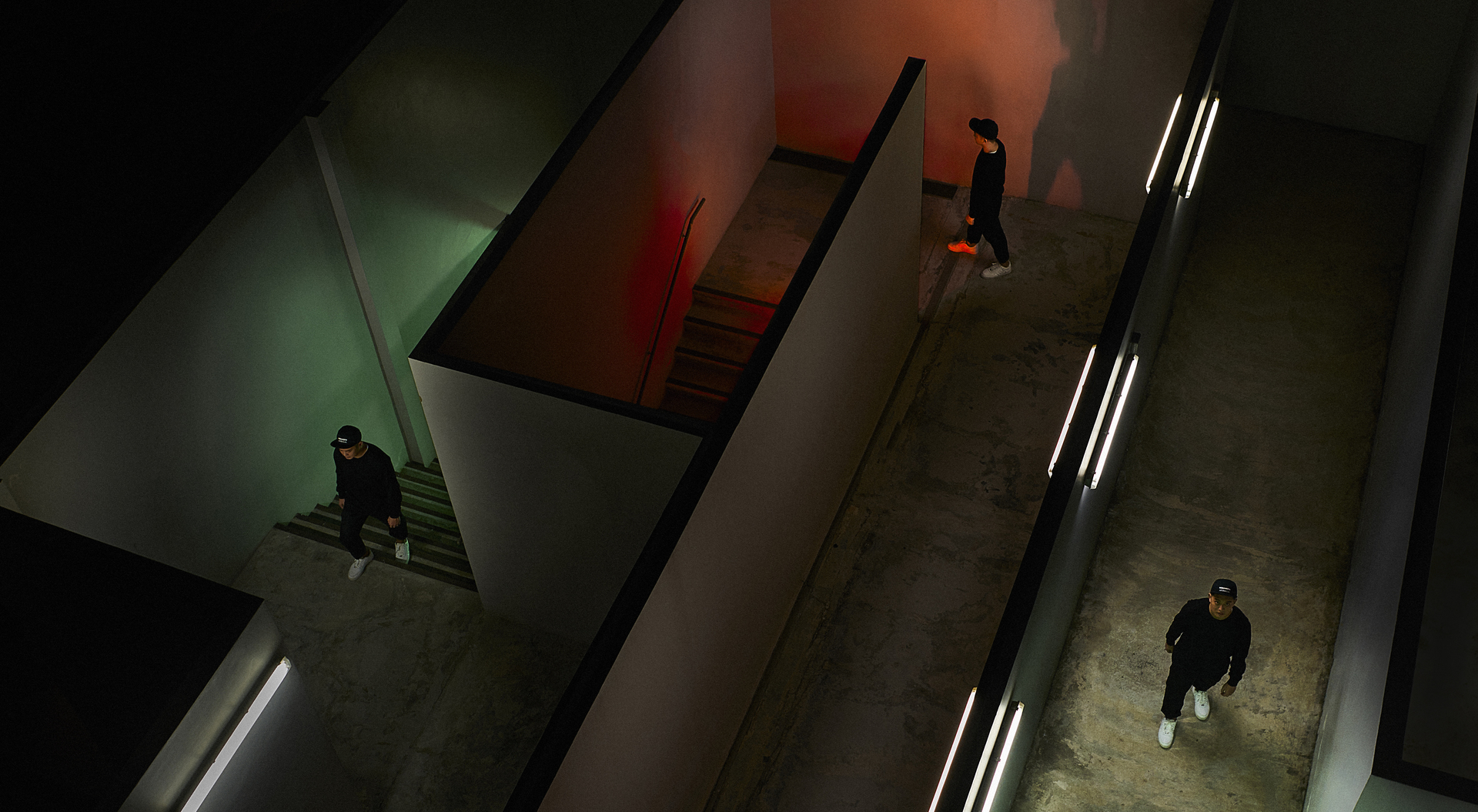 In an ideal world, how would you like this album to be enjoyed?

The idea was for people to enjoy and groove to the rhythm, progression and everything. I was quite sick of the idea of people watching you while you play. I come from a DJ point-of-view, so it's like, I don't need people to watch me play, but I want people to enjoy, groove and dance around, and not worry about the DJ so much. Just groove to the music.

Recluse is about being by yourself. Kindred traces your rediscovery of 4/4 sounds. How would you then say you've changed, as a person, over the last few years?

I've tried to become less judgemental, towards things such as other people's music. Now, I'm in this zen mode and it reflects in the music-making. It's the same idea, where you don't think and just take whatever that's happening around you with a pinch of salt.

I'm very focussed on what I'm doing now. I can confidently say I'm not affected by things that are happening around me. I used to be very affected by certain things around me and it unintentionally becomes a competition when it's not supposed to be.

Now, it's just, love and respect for everybody. You do what you do, I do what I do. That's how Kindred came about, the whole idea of family bonding and community. Community is the most important thing and that's what we need right now. Singapore is so small compared to other music scenes around the world, so we need to be really tight knit, especially the underground and club culture. That's how we can survive and progress in the future.