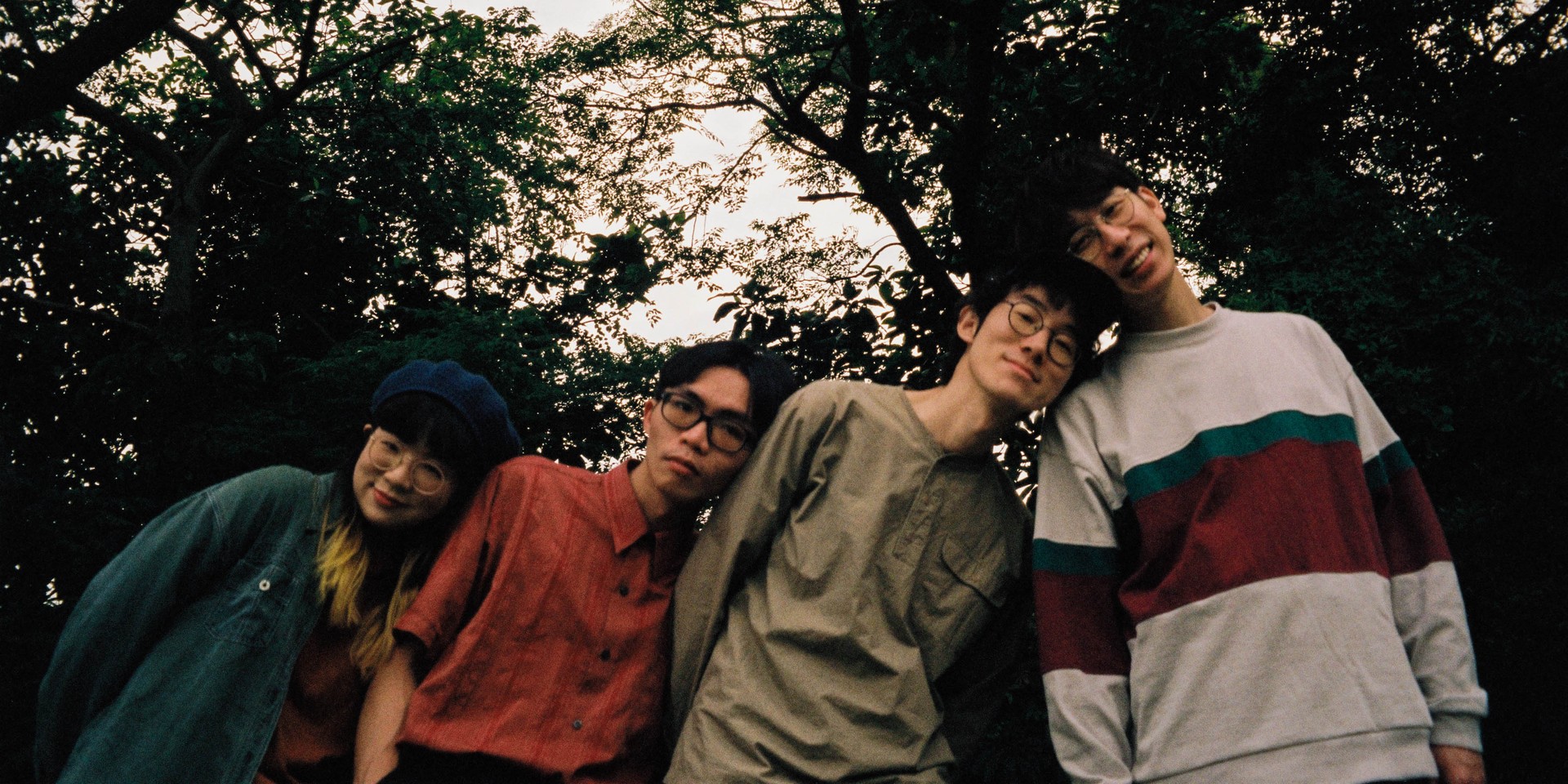 Seeing the silver lining in mundane days is a challenge at times, but DSPS strive to prove otherwise with their tunes as easy-going as their personalities.

A quick listen to the Taiwanese indie-pop band reminds one of a road trip along the coasts of Tainan. Laidback at best, DSPS like to take life with a pinch of salt and be the comforting presence that anyone could seek when in need of some light-hearted tunes to get through the day.

"We never really thought about what we would like to impart to our fans, but I’m very happy if we are able to inspire others and provide a BGM for someone in their lives through expressing our life experiences," said main vocalist Ami. 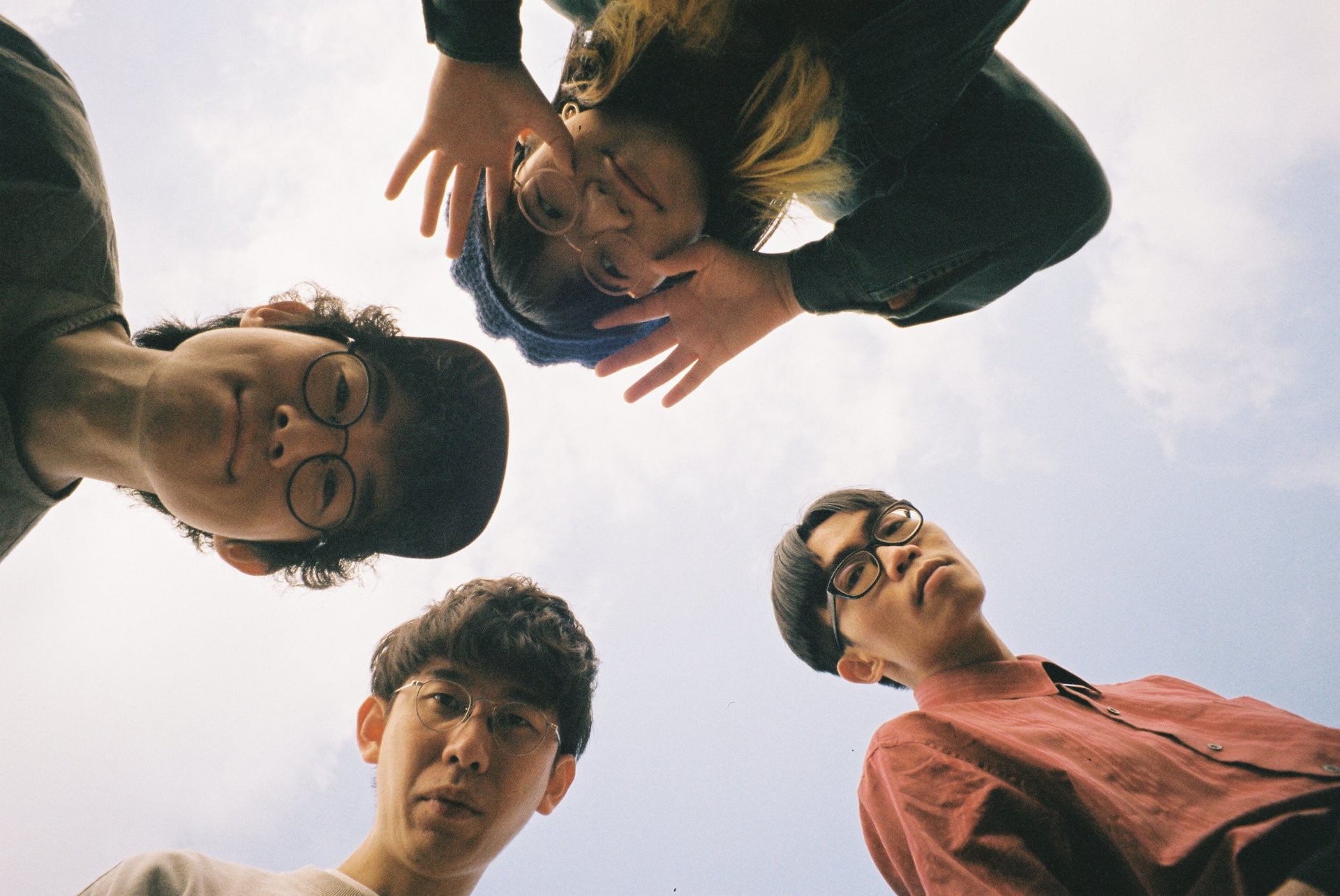 Formed by Ami together with Yung Hsiang (guitar), Yi An (bass), and Xiao Ji (drums) in 2016, they recalled that the band started out like any college student's dream of wanting to perform live as a band. DSPS made their first foray into the Taiwanese Indie scene with their debut EP 我會不會又睡到下午了 (Sleep Till Afternoon), laden with syncopated acoustic guitar riffs and a tinge of folk influence in their sustained vocal lines. They began touring locally in Taiwan and eventually, their music made its way to the stages of Japan and Korea.

"We slowly mastered how to arrange different tasks and slowly worked towards performing on larger stages, even outside of Taiwan. I don’t think the feeling of being on an adventure into the unknown changed."

Bandwagon caught up with Ren Wen on the band's inspirations, their journey thus far, and their exciting plans to come.

Hi DSPS! Introduce yourselves to us.

Hi Bandwagon readers! We are Taiwanese indie-pop band DSPS and we change our musical style pretty significantly every now and then. Now we are heading towards creating a beautiful ensemble sound with brighter vocals and guitar as well as creating more fast-paced and energetic songs.  Lyrics wise, we put greater focus on everyday lives from a young girl’s monologue, haha.

Tell us about how you started making music as individuals and how the band came about.

During my secondary school days, I found an interest in Taiwanese music. I watched a band play live for the first time in my first year of college and I was just amazed at how cool this form of expression is, hence playing in a band became an opportunity that I aspired to have as well. After joining the guitar club in college, I realised how much I loved performing.

During university, I attempted to create my own music and my bedroom. I did not perform my originals then, but I would upload them on the internet. The band’s drummer,  Xiao Ji, found my music to be really intriguing, which came as a surprise to me because in secondary school I was a fan of his other band 胖虎Punkhoo. Thereafter, we found two more bandmates and we formed DSPS with this ‘golden lineup’!

Locally, I am greatly inspired by Freckles and Cheer Chen. Internationally, I’m inspired by a Japanese band called Supercar, but actually, I listen to very mixed genres. I really like hip-hop and Black music with a strong sense of rhythm. My taste in music is quite different from the other band members. Our drummer likes punk and linear drumming, our bassist likes soul and R&B, our guitarist listens to jazz, etc. We seek to reconcile our different musical tastes while working on music together and everyone is very willing to experiment. With this great flexibility, I feel that the process is very interesting. 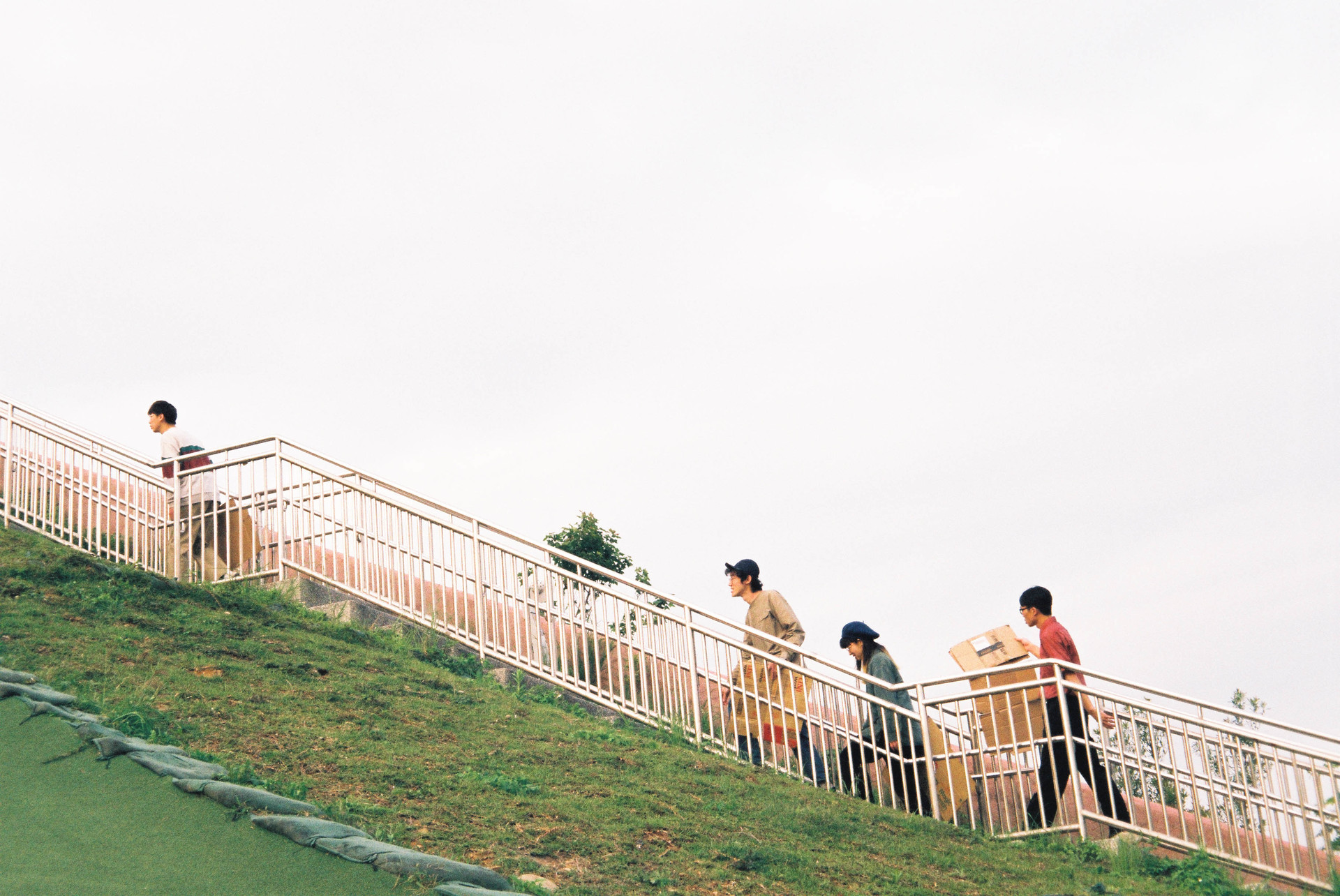 How would you describe the music that you create and what do you hope to impart to listeners with your music?

Listening to DSPS’ music would let you feel the personalities of all four of us, as our traits are somehow fleshed out in our music. However, the way we tell our stories is quite light-hearted, so I feel that it allows listeners to be transported into a larger universe. This all happened very naturally and that was what I wanted.

We loved your 2019 EP Fully I and we’re curious to learn about what inspired the EP. How did Fully I resonate with the personal experiences of the band members?

Thank you! The full quote behind Fully I is “I + We = Fully I”, as quoted from Swiss psychologist Carl Gustav Jung. Everyone slowly understands themselves through interacting with others, hence through those encounters, we become whole. I was deeply inspired by my partner, hence I crafted the EP concept.

Tell us about what inspired your latest single ‘Catch Me Baby Come and Dive’.

The main message behind the song is waiting for the self that you have yet to discover. It’s something like how through many different mediums of works in the world, I can find expressions that resonate with myself and then gain the courage to express myself and because of these expressions, I can find my own partner.

Looking back on your journey, share with us how 2016 DSPS was like and how does it compare with DSPS in 2020?

This is such an interesting question! In 2016, we were just like a student band on an adventure into the unknown, until after we released our first EP, it felt like we were giving out name cards and we were slowly noticed by people. We started performing on music shows, which were super refreshing and challenging experiences for the band.

In 2020, I felt a greater responsibility in putting out music as a band. We slowly mastered how to arrange different tasks and slowly worked towards performing on larger stages, even outside of Taiwan. The feeling of venturing into the unknown still hasn’t changed. As we continue creating music, our world would open up to larger possibilities as well and that would bring us to places outside of our imagination. This is the best part of playing in a band!

Having played in Japan and Korea over the past few years, how was it like playing to an international audience despite not sharing the same language?

I feel that we could convey our feelings more directly, because knowing what the lyrics mean, listeners can only receive the atmosphere created from our music. To the band, performing overseas is a great opportunity for us to showcase our work and learn a lot from these experiences.

With concerts resuming in Taiwan, how has adapting to the new normal been like for the band?

I feel that the atmosphere now is amazing. After going through a pandemic, everyone has a greater understanding that performing is not an easy feat. They are also more appreciative of being able to watch live performances and the band sees more enthusiasm and eagerness in the audience than before.

Outside of music, what does the band enjoy doing together?

I would say we like to eat together. Today after band practice, we went to eat lamian.

What are your upcoming plans for your music?

This year, we are planning to release a new single, do some experimenting, then we will release the music video for ‘Catch Me Baby Come and Dive’, which we just finished shooting. The music video is our biggest piece of work so far and these two happenings have gotten everyone excited and we are looking forward to everyone seeing our new image!