This week, Bandwagon features a fresh upcoming local band, ANECHOIS. Formed early this year, the boys from Anechois have worked hard to craft energetic new music. We speak with them about their beginnings, their music, and their plans for the future.

4/5ths of the band are childhood/school friends and have been making music and mischief together for a long time. We’ve probably played in too many bands to name across different genres before coming together as ANECHOIS. There’s Zeek on guitar/vocals, Asyraft on keyboard/vocals, Fadlee on drums, Dale on bass/vocals and Justin on guitar.

How did you come up with your band name, and is there a meaning/story behind it?

The root word that we took the name from is “anechoic”, which describes a place or material that does not echo (engineers use anechoic chambers for various tests). “ANECHOIS” is a made-up word that could mean the opposite, an embodiment of the echo, so to speak... and it also conveniently reads as “an echo is”. 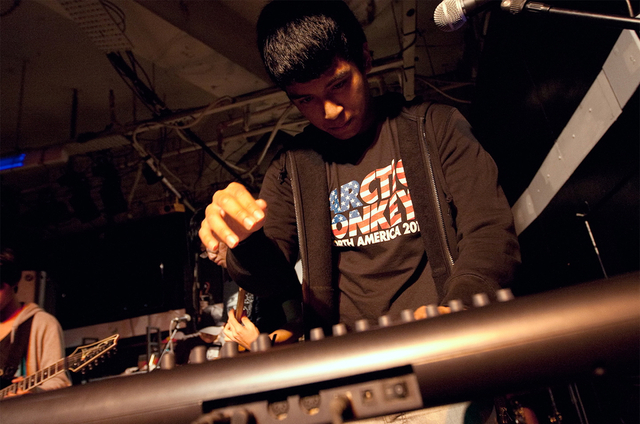 What are your songs about? How do you describe your music to people?

This is always a tough one. Every song evolves differently -- some are written with lyrics in mind, talking about concepts inspired by personal experiences, while others are written with a particular musical style in mind, and yet others might just be happy accidents during jamming sessions.

Genre-wise, for the sake of classification we’ll refer you to the Wikipedia entry for “post-progressive” music, which is itself a relatively vague term. We’d say we loosely fall into alternative rock, but with a range of other elements from progressive rock and metal to shoegaze and post-rock.

Who are some of your musical influences?

There’s no way to adequately answer this for all five of us. We listen to wildly different things from technical metal to the poppiest of pop. What we do agree on are some local and regional bands that have inspired us to challenge the boundaries of genre and of our individual craft -- bands like B-Quartet, Monster Cat, toe, and Buddhistson.

For the end of the year we’re very excited to be part of the Tribal Gathering of Jaw Benders at The Substation on 17th December.

The experience so far has been great. We received some very encouraging feedback from our recent set at Home Club, and before that we had fun rearranging our songs for an acoustic show. And of course we’re looking for more gigs!

What long term goals would you like to achieve as a band?

World tour! Haha. We could get carried away thinking about long term possibilities, but right now we are recording some demos to be released soon, and we’re also working to expand our live performance to include visual effects. 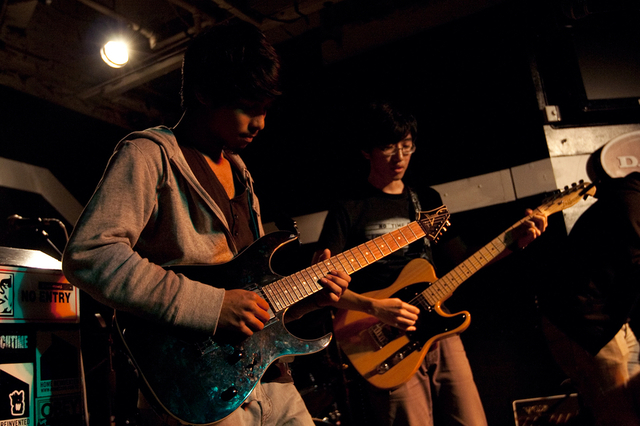 Any other parting words for the audience?