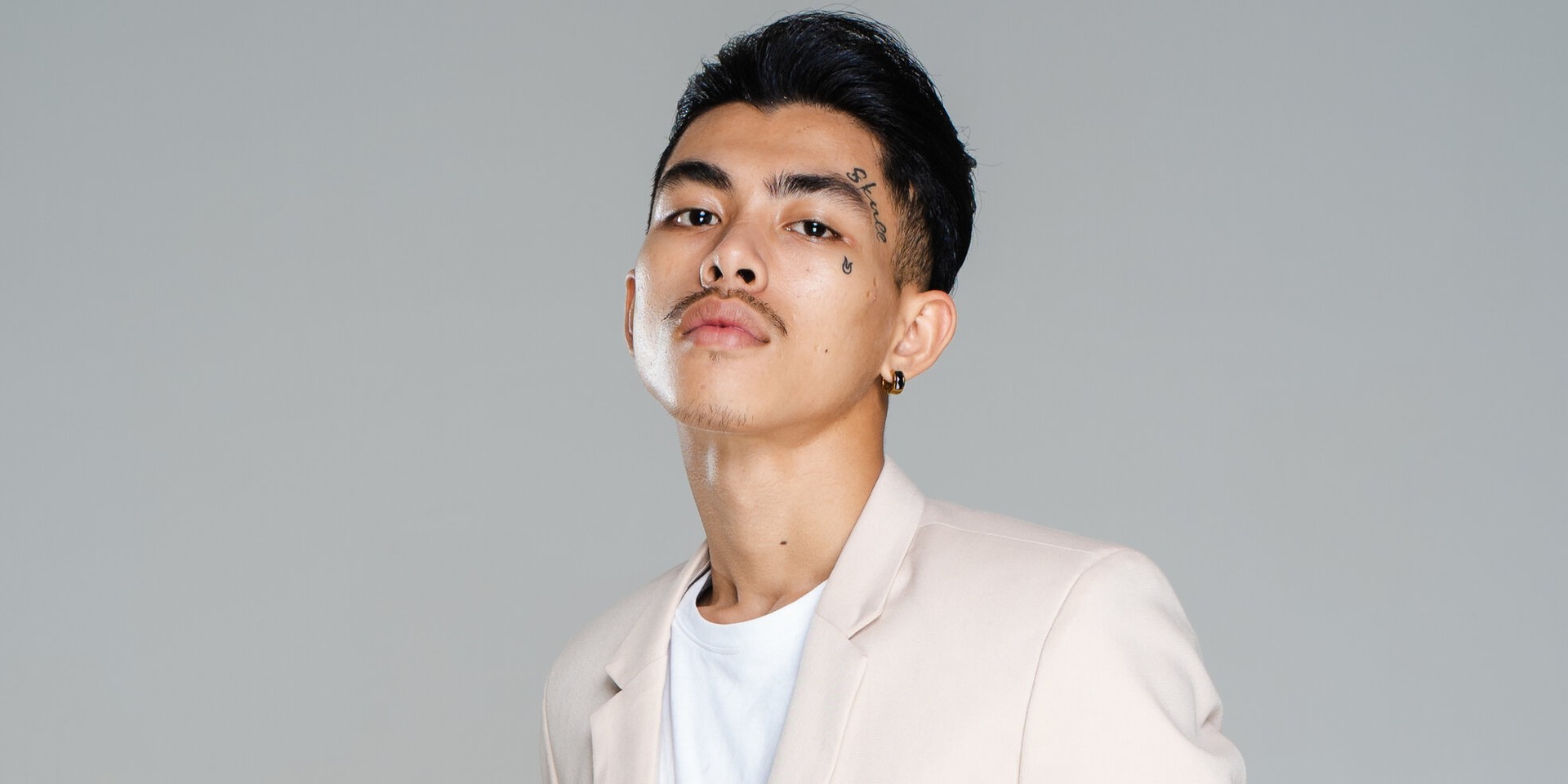 Tucked away in a little corner of Asia is an immensely rich and vibrant soundscape, often overshadowed by its popular neighbours. From exquisite classical melodies to impressive hip-hop beats, Cambodia's music scene is not one to count out.

In the country's new wave of artists, many are calling the world to pay attention, and at the forefront is rapper VannDa.

"Most people don’t even know what Khmer is or where Cambodia is. When they listen to our music or see our culture, most of the time we hear people say it’s from other Asian countries, but in fact, it is the original Khmer culture," he tells Bandwagon.

Known for his incisive flows and evocative lyrics, VannDa rose to fame with the release of single 'Time To Rise'. Made in collaboration with one of Cambodia's legendary musicians Kong Nay, the track elevated not only the rapper's name but also traditional Khmer music amongst today's music scene.

"Even though we’re living in a new era, I won’t forget about our culture."

Dedicated and determined, VannDa is stopping nothing to shine a light on Khmer culture through his music. "I hope that I can show the world about Khmer music as much as I can, and I will give all my best for my country.," he shares.

"My biggest dream is to bring Khmer music and culture to the world and show the world what we’re capable of. This is what we fight for."

While we wait for his next releases, Bandwagon caught up with the young rapper to talk about his musical inspirations, creative process, and his viral hit 'Time To Rise'.

Hi VannDa! Tell us about how you got into music, from rapping to songwriting and production.

I was always looked down on by people until I made a commitment to myself to prove people wrong and to be on top. I kinda got inspired by those insults, then I started to find my uniqueness because I don’t have a role model as most people do.

At first, I found that I’m a really good writer, and I liked to write from the very beginning. During school, I started to learn how to produce beats. I keep writing and producing to update myself and develop my own taste.

Describe the type of music you make and what impact you hope it has on your listeners.

I want to inspire my listeners first through the beat and then give them my hidden lyrical poetry. I don’t make the same things over and over, I keep on learning and researching for new flavours.

After I learn how to do a new style, then I work to give it back to my fans. Let me give an example: I’m just like a student and I keep learning every day, as if I got assigned by my teacher to do the assignment. After I complete the assignment, I submit it back to my teacher. Everything that I’ve put out is always new things that I’ve learned.

I don’t have a role model but I did get some inspiration from Twista and Lil Wayne. The reason that I listened to them was my brother; he really loves rap music, and he introduced me to their music around 2006 or 2007. I was very young when I listened to Twista and at that time I barely knew any English words but I still enjoyed his music, his instrumentation, the violin, the city vibe type of beat, his flow, and everything was really catchy.

‘Time To Rise’ is currently your most popular song, having broken through to the international scene in just weeks. Could you tell us more about the song and why you think it resonated with so many people all over the world?

I still can’t believe that I can show our music and culture to the world as much as 'Time to Rise' did. It was really amazing and I’m really proud of myself to be able to do that. I do it for my country. I didn’t know that it could reach and inspire the world as much as it has.

I also would like to shout out to Laura Mam (CEO of Baramey Production), who introduced me to Master Kong Nay. At first, I pitched my ideas to the team at Baramey, and then Laura said, "What if we asked Master Kong Nay to be on the track?" It is still unbelievable to me that this collaboration happened.

I also wanted to introduce you guys to Chapey, a Cambodian two-stringed, long-necked guitar that is usually plucked – it played a big part in 'Time To Rise'. It is a new sound for the world to hear.

For ‘Time To Rise’, you worked with the legendary Kong Nay. What was it like working with him? What inspired the idea to blend traditional Cambodian music with modern rap?

OMG, straight out of my mouth! In fact, Master Kong Nay is actually my dad’s idol. We also grew up listening to Chapey [Dang Veng], and got some inspiration from that. Chapey can be like a rap song with no beat, just the instrument itself. Master Kong Nay used to perform on stage, almost like diss tracks with playful lyrics.

I couldn’t express my feeling about the whole experience of being able to work with one of the most respectable people, and one of the most legendary artists. I know that I’m happy to have worked with him, but to describe my actual feeling is beyond words.

Also, like I mentioned earlier, the experience was one where I would take everything I’ve learned recently, work hard on it, and put it out. In my head, it was like, “what if we mix our Khmer traditional culture with rap music, or even with other cultures... what would it turn out like?” We were running a brand campaign called 'Time To Rise' at the time, and I was starting to think about what I should make that was the definition of “Time to Rise.”

One of the things that inspired me was listening to Master Kong Nay’s albums. So I thought of making something traditional so that our Khmer people won’t lose their interest in our very own Khmer instruments and culture.

How would you describe Cambodia’s music scene and what role do you hope to play for local music?

I would say Cambodia’s music has a voice that is catchy, with rhythm, flow, and more. For example, with K-Pop music, non-Korean listeners might not understand what the song is about, but they can enjoy the song because of the beat, the flow, and the voice. With Khmer music, we also have that kind of voice, where a non-Khmer listener who listens to our song doesn't know what we’re singing about, but they can enjoy it. This is what I can see in Khmer music.

Khmer music was beautiful, the lyrics were truly like poetry. I mentioned some of our "golden voice” legends Sinn Sisamouth, Ros Sereysothea, Pen Ron, and Meas Samon in the lyrics of 'Time To Rise'. They made music beautifully back in that era until the Khmer Rouge happened and we, unfortunately, lost most of our legendary artists.

Khmer music dropped down to zero, to nothing. After the war ended, Khmer people began a new era. I was very young, I don’t know what happened and why, but Khmer music started to copy music from other countries, even just translating the lyrics. Then we moved on to a new era of original music which we’re in right now where we're inspired and want to get rid of the music piracy era – which does not inspire or motivate the next generation. I want to shout out to all original Khmer artists that fought for this original music era – this original music is just our new beginning. We’ve not gone far, we’re just bringing back what was the soul of our art.

Congratulations on the release of ‘Catch Me If You Can’! What story does the song tell?

After releasing 'Time To Rise' and 'Queen Bee', I felt like I should be giving you guys something fun to vibe with. 'Catch Me If You Can' was inspired by the legendary actor Leonardo DiCaprio. That's why I wanted to have some film vibes in the music video, basically something fun to just cheer up and entertain my fans during a hard time of the COVID-19 situation.

‘Catch Me If You Can’ comes as your follow up to ‘Time To Rise’, did you feel any sort of pressure to live to the success of the latter? If so, how did you overcome it?

The short answer is yes, of course. To be honest, I lost almost all my privacy. I couldn’t hang out with my friends like I used to do. I feel a little pressure, not much but I just need to adapt to it. The biggest pressure I’m having is about what my next move is, how can I make that even better than my previous works.

I put in my effort at like 120%, 150% when I make a new beat. I think about how I can get more creative. I overcome those pressures by motivating myself with them. I give myself time, I don’t limit myself with time. I don’t put pressure on myself on top of that. No one is better than me, I work for myself.

Walk us through your creative and songwriting process. Where do you usually find inspiration?

I like to watch movies and hang with my friends at home. Some songs depend on how the mood is; I need to find or make the mood, in order to make the song that I want.

Also just quiet places, waves crashing or being in the countryside. What I do the most when I write my songs is to light a candle.

Share with us some upcoming plans you have for your music.

I have a crazy schedule right now! I have a lot of work for myself and with the Baramey team and I also have something to surprise my fans in collaboration with the artists Songha and Polarix. And lastly, I’m working to finish my next album, $KULL II.

Listen to VannDa's latest single 'Catch Me If You Can' here.