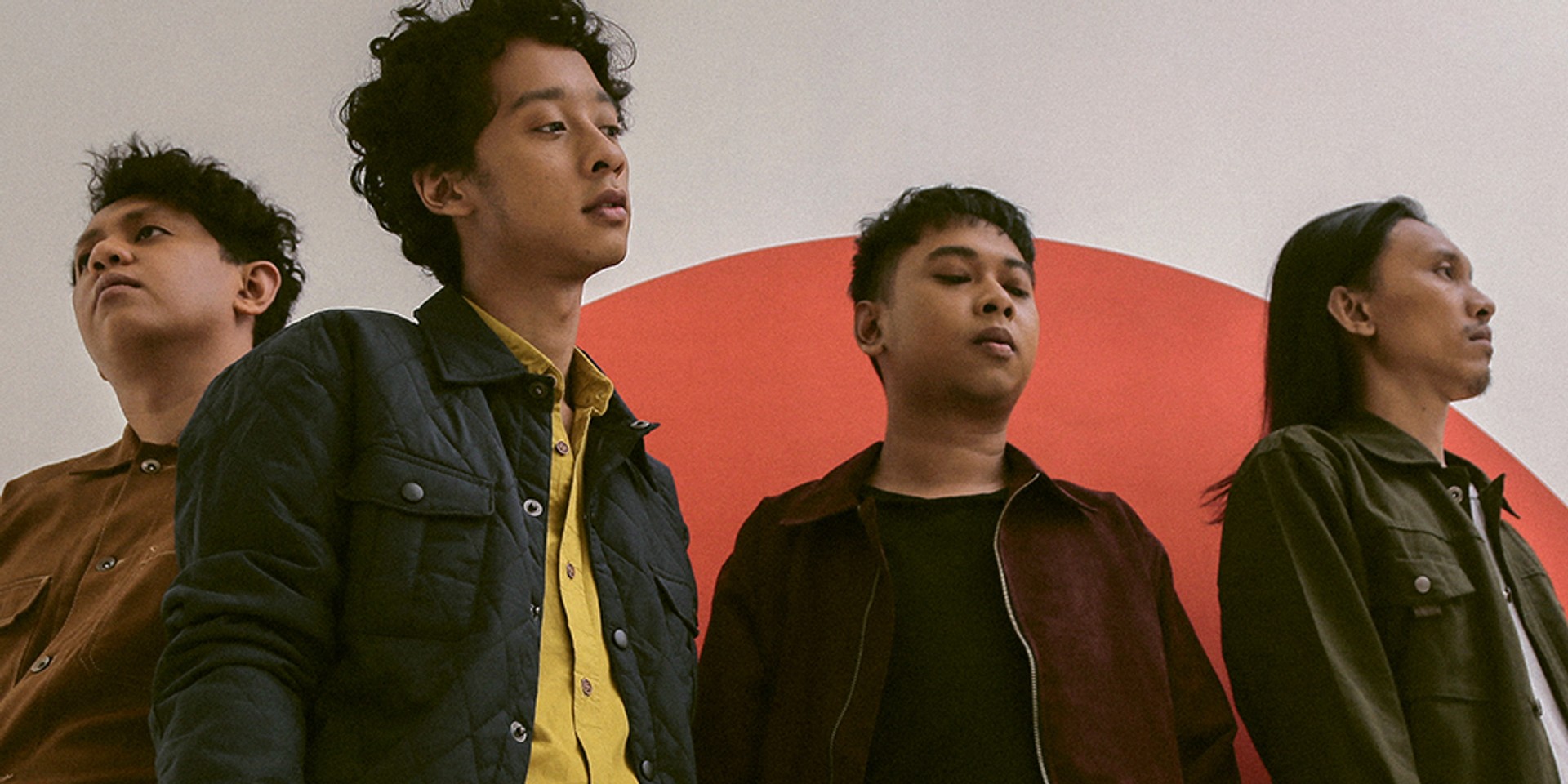 Desperate times call for desperate measures so Coldiac resorted to a coin toss.

"Our old band was about to release a full debut album but our previous vocalist left suddenly to pursue his master's degree abroad. So, we tried to flip the coin on who is going to replace him," the Indonesian band tells Bandwagon.

"Neither Tama and Sambadha wanted to sing alone, so why not have both of them sing? After much consideration and attempts, we realized that both Tama and Sambadha have a very different tone when singing, each of them has their own character. We regrouped and decided to start a new band, with a whole different direction for the band - and today that band goes by the name Coldiac." 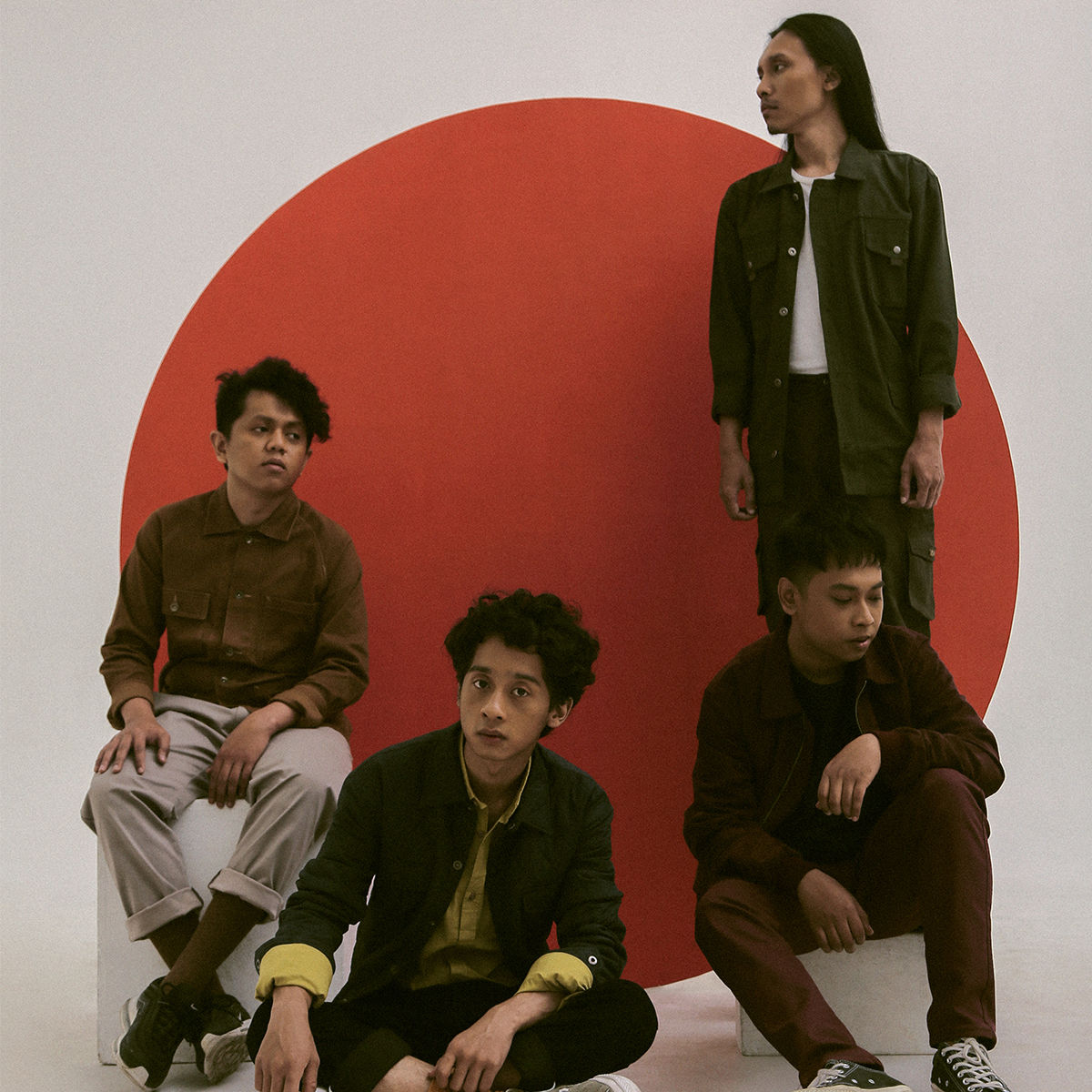 Made up of Bhima (bass), Derry (keys/synth), Sambadha (vocals/guitar), and Tama (vocals/guitar), Coldiac hails from Malang, a quaint but colourful city in East Java, Indonesia. The band released their Heartbreaker in 2016 and two years later released O which included their track 'TARA' that gained attention across the region.

"'TARA' is probably one of the most important tracks that we ever released, the song definitely hits differently compared to the previous ones we had. We’re really happy with the track because we kinda shakes things up by focusing on our writing and the context of the song," says Coldiac.

Coldiac has quite the origin story but their musical journey since then has been nothing short of exciting. Centered around friendship and a relentless passion for music, the band has consistently been moving up the ranks of Indonesia's indie-pop scene with their distinctive musical style and heartfelt lyrics.

Bandwagon caught up with the four-piece band to talk about their debut album, their aspirations, favourite moments of their musical journey, and more.

Coldiac actually started as a small team, so each member has their task to do and contribute to the band. In the early stage, everyone was pretty hands on about songwriting – like whenever a member has an idea, we all had to discuss it.

We also take part with the other aspects of the band like Tama & Derry are responsible for the quality control of the music, Bhima thinks of the visual treatment for each song, and Sambadha being the most extrovert person in the band, is the person who is in charge of conceptualising the campaign of the song and is also in charge of the managerial side of the band.

Could you tell us about your first album Heartbreaker? How was the album put together and what significance does it have to the band now?

We kinda took the risk to put Heartbreaker out because at the time we were pretty much clueless about music production on the electronic music genre side. It’s an album that we made when we were still in the process of learning how to make electronic music. We did everything on our own with whatever resources we had in our little studio here in Malang. Everything was pretty much D.I.Y.

As much as it wasn’t our best album if you think back to it, we are extremely grateful that we took the decision to try and release it. If it wasn’t for Heartbreaker, we wouldn’t know what we would do next, we want people to know that we got this album and this was the early stage of Coldiac. What you hear today, started off with that.

How would you describe the music that Coldiac makes? What impact do you hope it has on your listeners?

We never really labeled which genre that Coldiac makes and we don't intend to do so. We don’t want to limit what sort of music that we make. But if you have to ask I guess pop, because you can put everything into pop music.

But at the end of it, all we know is that we try our best to make songs that people can relate to emotionally. We try our best not to just make music for people to listen to, but also to tell stories about what we went through in life. We’re pretty sure that the things that happen to us has also happened to someone out there.

‘Vow’ is one of your most popular songs with millions of streams on Spotify. Tell us more about the song and why you think it has resonated so much with your listeners.

'Vow' is a song that is in our second album, O. It wasn’t supposed to be a focus track for the album but surprisingly after the album was released, people discovered it and the song quickly became a favorite – we even decided to make an alternate version of the song.

We think the reason why 'Vow' had its success is that the song’s context is relatable to a lot of people. The lyrics are so direct - it’s about asking a person to go further in a more serious and committed relationship, in short asking someone’s hand in marriage. It’s interesting to see that several people found this song as a track when they are currently in love but some people also find this song as a soundtrack for them whenever they are sad.

Coming from a small city like Malang, how does it feel to have your music heard all across Asia?

Honestly, we didn’t expect that our music would be able to cross borders outside Indonesia. We were really surprised when 'TARA' got into Spotify Taiwan's Viral 50 and also didn’t expect our band to be nominated for the Anugerah Musik Indonesia back in 2018.

We started this band because it was our hobby but we also worked hard for everything that we got so far. Whenever we release something, we definitely want these songs to be enjoyed by people, and go to places. Knowing what we also experienced, it’s proven that music is surely borderless and everybody can take their chances to be heard.

Tell us about your most recent album No Make Up. What is the inspiration and story behind the album?

No Make Up is an EP with so many firsts. The kickstarter of this EP 'Don’t (Love Me)' was the first song we released under JUNI Records. For this whole EP, we collaborated with people outside of the band and It’s the first time we had other people coming in to help work on our songs. We had producers like Petra Sihombing, Vintonic's Heston Prasetyo, and Dekat's and Hondo's Kamga helped with the vocal production and we also have NYK from Malaysia to feature on our song No Make Up. We explored many genres for the songs in this EP.

How do you feel your sound has evolved since your first album?

We think that the color that embodies Coldiac’s sound has finally come to light. As we move forward, we feel like the character of our vocalists presented a different shade of color – Sambadha has a more quirky and playful type of singing accompanied by Tama’s more grittier and heavier voice. Same goes to Derry who explored more sounds for the songs, and also Bhima with having to be more aggressive in adding various types of basslines in each song.

We're maturing as a band and it has helped us improve ourselves and be more fruitful for our craft.

What are some of your favourite moments from your musical journey so far?

In 2015, we played at an open field festival and we got the chance to play at the main stage. It was around 2 PM, there were only 15 to 20 people who watched us play. In 2019, we played at the same event, same stage but this time we had thousands of people watching.

It’s such a humble feeling to know how far we’ve come from 2015 to 2019 you know, from people not knowing who we were back then to having people today singing the songs we wrote back to us when we played live. It feels like it was 2015 yesterday.

In five years, where do you see Coldiac?

Hopefully, we’re still well and still making music. Coming from a small town, Malang in East Java, we want to be one of the examples that in making music and being in the industry you can come from anywhere - people from across Indonesia have the same opportunity.

To be honest, the things that we do outside this band will always come back to music. Sambadha enjoys writing lyrics for people, Tama and Derry produce for other artists, and Bhima does visuals - so when we’re not working on our own releases we help other people’s projects.

Share with us any upcoming plans the band has in regards to music.

We have several plans that we cannot say right now but let’s just say that there’s going to be more music coming in. We’ve been writing a lot for these past months and making demos. Hopefully, we’ll be able to release these songs soon.

Listen to Coldiac's No Make Up here.