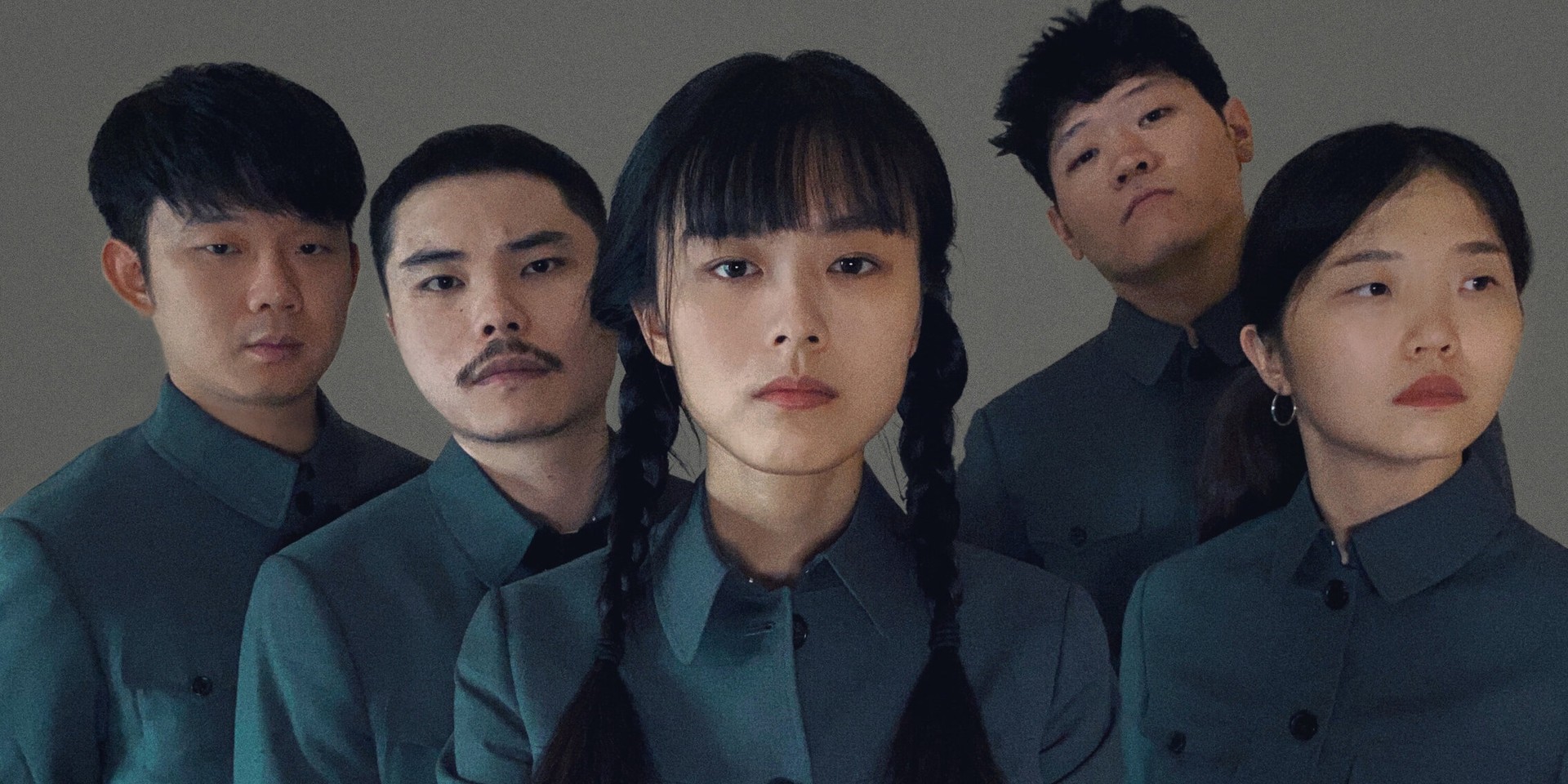 Introspective, simple, and something out of a coming-of-age movie, Hiperson explores some of life's most complicated moments in a compelling scramble of rock, post-punk, and folk music. 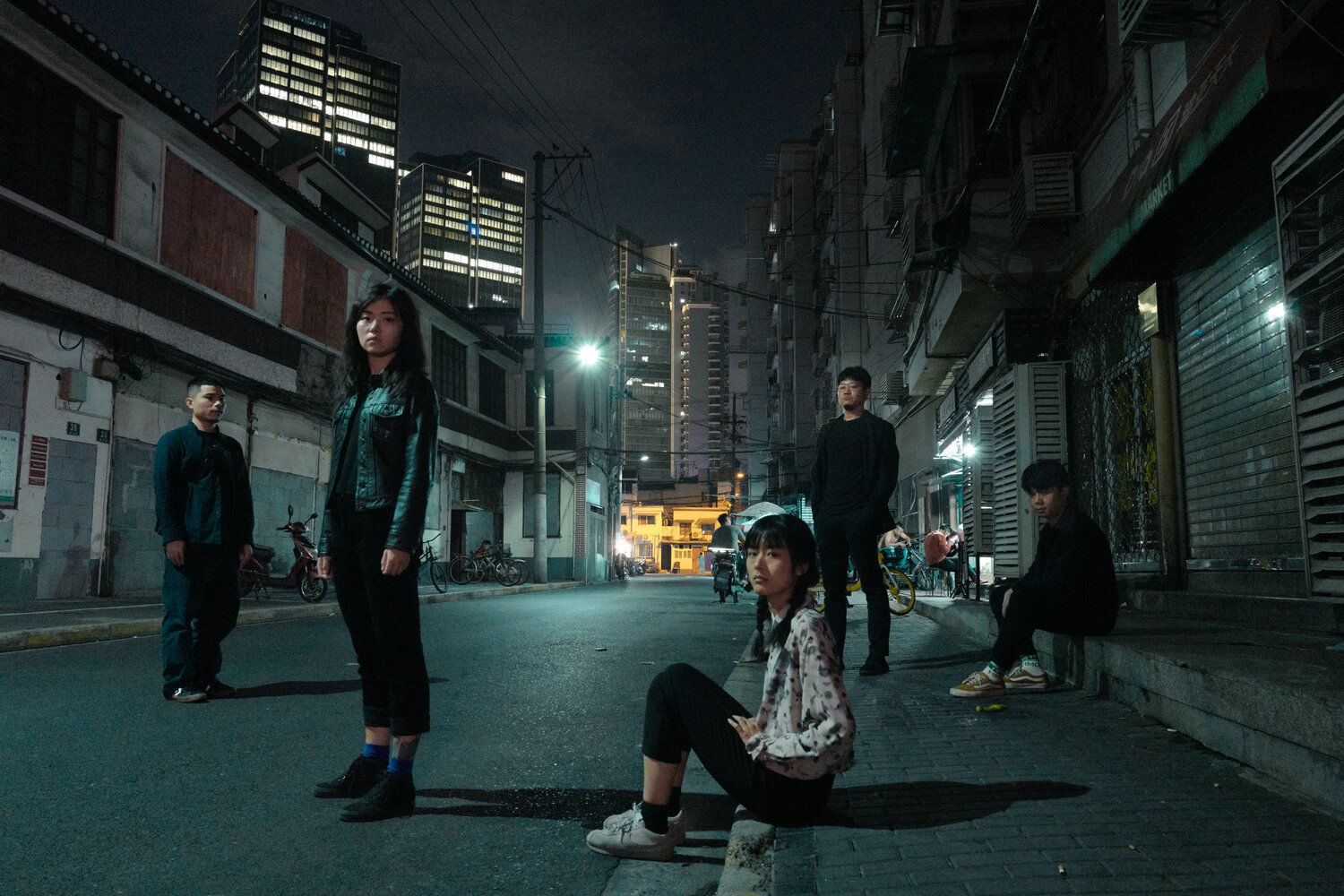 In the last couple of years, the band has been regarded as one of the most exciting acts to come out of China, and it's not hard to see why.

Unlike their glittering hometown, Hiperson prefers to strip it all back, showcasing the simple pleasures of contemporary life even amidst despair and trouble. Their music narrates an experience of self-discovery and growth across a series of genres and sounds.

Telling of their diverse musical background, Hiperson's records take on a new musical landscape with every release, often representative of their current environment and who they are at that moment. "We didn’t design this route but found ourselves on it," Hiperson tells Bandwagon. 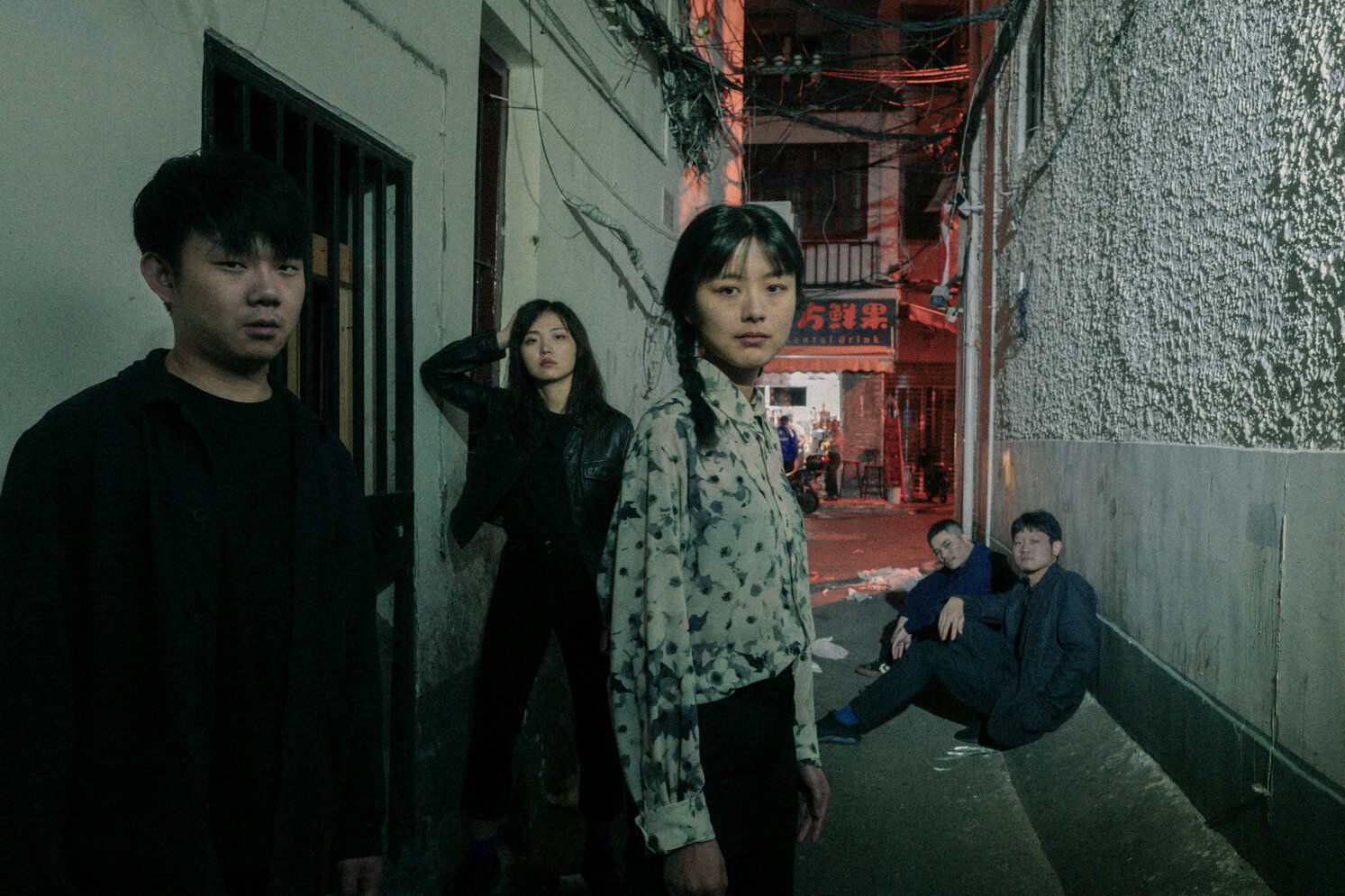 Hiperson is the type of band that's meant to be on stage, performing their introspective headbangers to a live crowd; so when the pandemic hit, it took quite a toll on the band. The group was slated to perform at SXSW 2020 and even had a European tour mapped out for last year.

"When the cancellation news came, we did understand it because it was a difficult situation...We suppose just like so many people, we just had to work something out to continue what we were doing, and kept our eyes open to any changes in the situation, and keep flexible," says Hiperson.

Most recently, the band released their third full-length album, Bildungsroman that tells the story of a woman on a journey of self-discovery after a tragic breakup. The entire record details the protagonist's journey and ongoing emotional state – from heartbreak to solitude, each track piecing together the final picture.

"We provide the frame for a story to be built on, a space where the audience could write down their own stories, but it is not traditional storytelling," says Hiperson.

Bandwagon recently caught up with the five-piece rock band to talk about their musical journey, dealing with the pandemic, and how their latest record Bildungsroman came to be.

Hi Hiperson! Tell us how each of you got started in music and how the band came together. Where did the name ‘Hiperson’ come from?

Hi! Hiperson started in Chengdu city, where most of the members went to college, and the name was originally meant to say 'hi, person' but later we learned from our audience that it could be understood as 'hyper son' which sounds surprisingly cool to us. 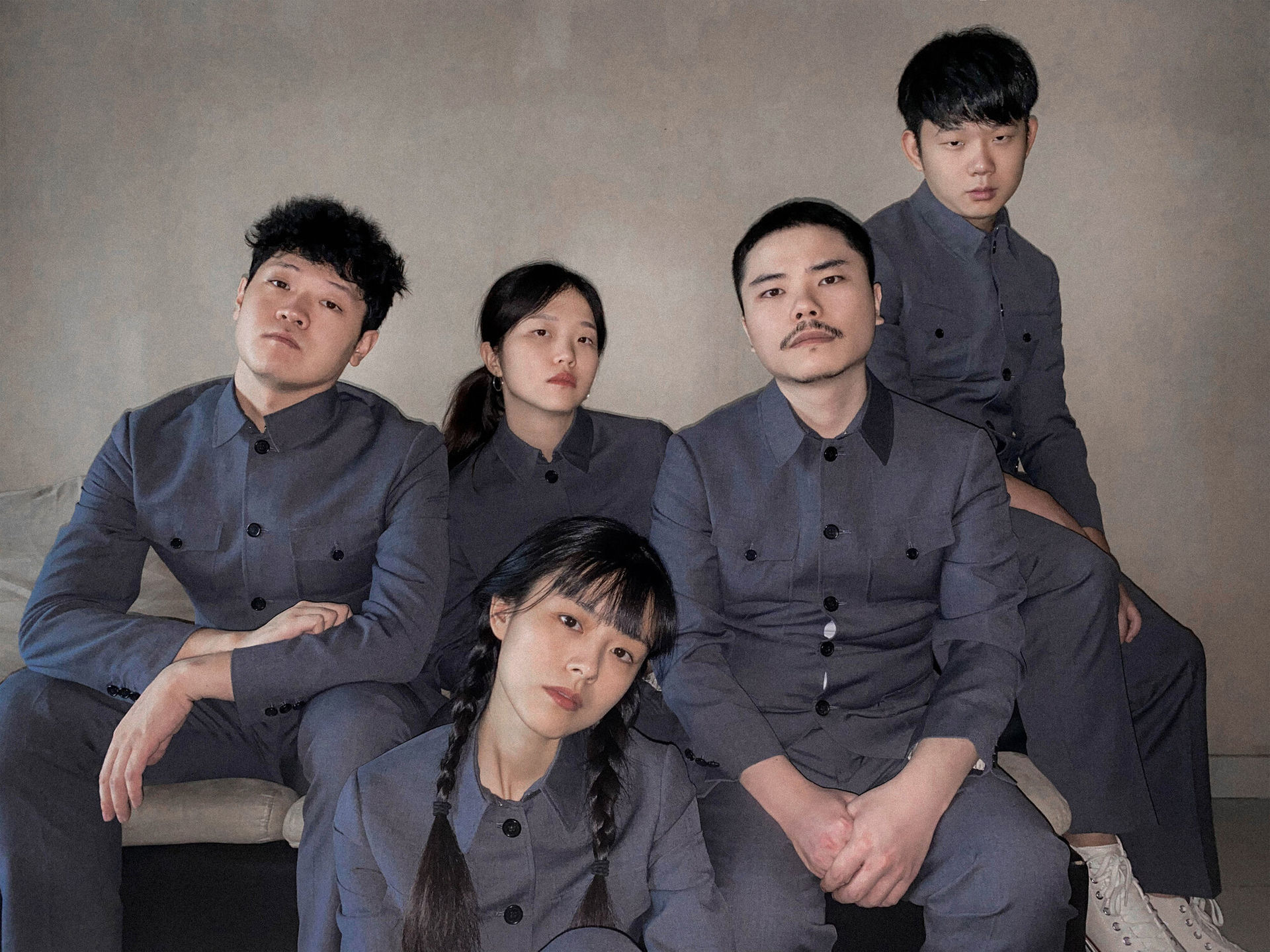 How would you describe the music that Hiperson makes?

Hiperson experiments on the members’ music interests including rock, punk, indie, experimental and more which situate in a bigger picture of contemporary music that accompany contemporary life. We want to share with our audience the sounds, feelings, and thoughts that fill up our daily experiences yet require some work to distill.

With almost every release, the band takes on a new musical direction and sound, could you walk us through what your creative process looks like?

We didn’t design this route but found ourselves on it making different sounds and music for each record. This is partly because of our interests music-wise at different stages, and also because of the conditions and facilities we have access to when each record was made.

For example, our debut album was recorded in Psychic Kong Studio in Beijing because this is our first album’s producer Yang Haisong’s studio which is closely connected with the label Maybe Mars. Our second release She Came Back from the Square was recorded and produced by us when there was an urge and a need among the band to work largely in a DIY style. We also made Four Seasons in a home-studio style following that, and so that we could also include those four songs which didn't quite fit into our former or latter records but have their own temperament.

When it comes to Bildungsroman, we all felt natural to record these songs in a high industrial standard environment, so later we decided and chose Hansa Studios, and then produced it by ourselves to realise several ideas of the sound structure which have differences from our former records.

Who are some local and international artists that you look up to?

Tell us about your debut album No Need for Another History. What story does it tell, and what significance does it have to the band now?

Our debut was a recording and documentary of our starting point as a band really. It was largely constructed by the complicated emotions we had towards social life derived from a teenager-turning-into-adult life, but without any storyline to tell.

This does have a significant connection to the band’s present – a hint of a coming-of-age story or 'Bildungsroman', was already there in our debut.

Could you tell us more about your latest album Bildungsroman? How did the album come together and what is the story behind it?

We had recorded the whole album before we named it. It was when we were thinking about the production that this theme showed itself to us. That moment and process was like us being the first audience to the album and found out, like, ‘oh, this is a story where a character goes through some important change and turn in this one’s life and starts to rethink and question about things’.

The album, as now it presents itself, starts with 'Spring Breeze', an end to a heartbreaking love story then goes on for the protagonist that the lead vocal acts to find more about the social life around her – the social life which she might have overlooked before. Then there was despairs and observations, and questions in 'Our Ballad' then discoveries in 'Found It'.

Compared to your first album, how do you feel the band has evolved as artists?

The most important thing that we have learned is that being an artist is not merely working on the music or piece of art but also working with people in a given environment. This is probably because of our DIY experience as well as our collaboration within the music and art industry so that we understand that we would love to always keep this active way and attitude of doing things.

Due to COVID-19, you had to cancel your tour and a performance at SXSW 2020. How did the band cope with the cancellations and how are you keeping positive during these strange times?

Actually, there was a foreboding before the cancellation of SXSW, because then COVID-19 in China was already severe and we had a flash of thought that the international environments might go that way.

We managed to get our two members who were then studying in the UK back to China and tried to pull ourselves together to finish producing Bildungsroman and started to book our China tour, actually taking some risks that it might cancel as well. Fortunately, the China tour worked well.

What is your biggest dream for Hiperson?

We haven’t thought about that, to be honest, but to tour around the world and to perform for diverse people is definitely up there.

Hiperson is planning on touring Southeast Asia, that’s why we were so surprised and delighted when we were reached out by Bandwagon, thank you so much. Hopefully, we might see you in the near future if the covid situation keeps going better and Southeast Asian scenes revive!