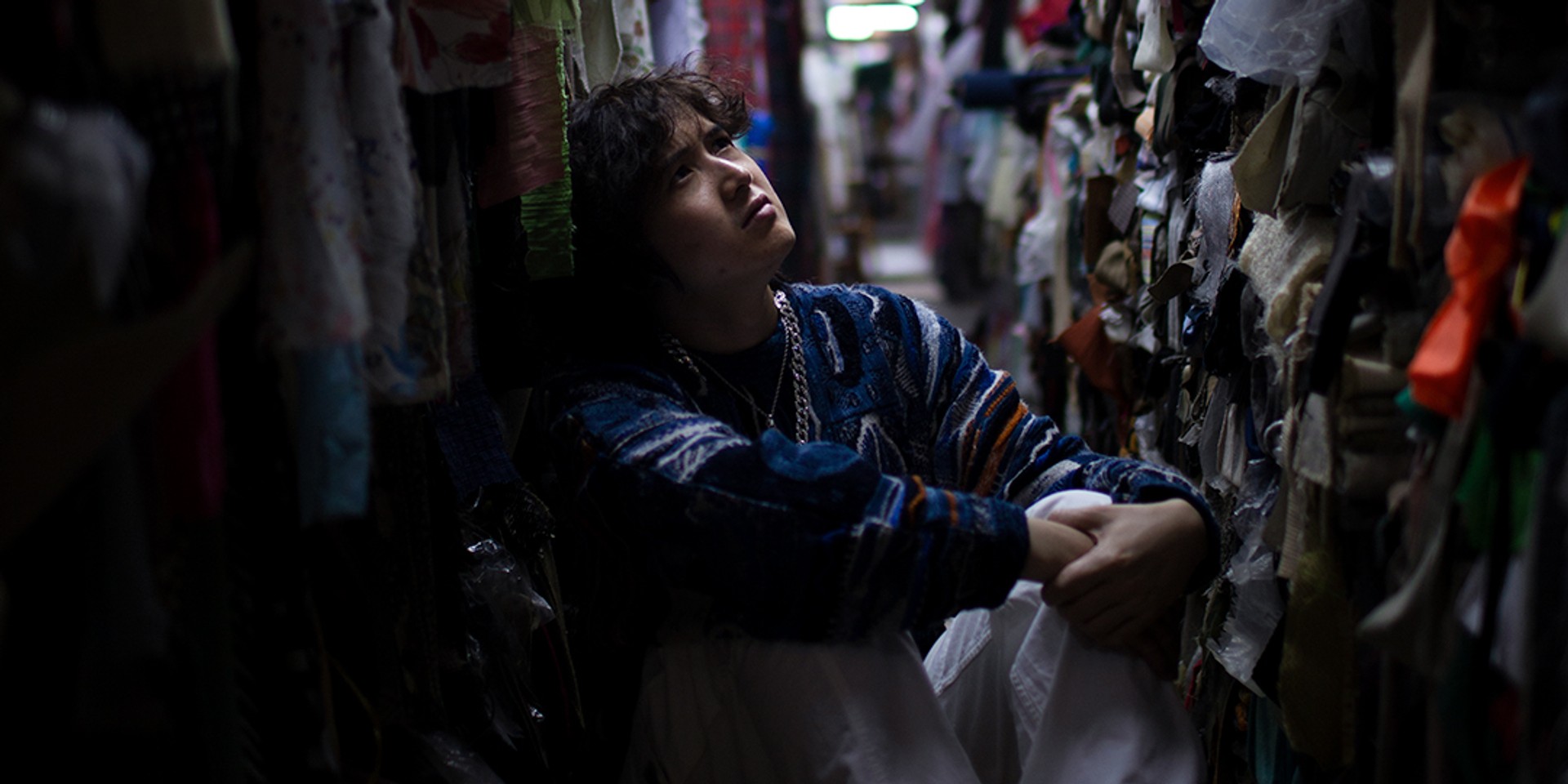 Strong-willed and determined, Young Hysan is out on a mission to change the landscape of Hong Kong's music scene. Intersecting the worlds of rap and rock and roll, the 23-year-old artist channels his rage and trauma into music that soothes the soul.

"I had a miserable childhood and listening to music was the only way to take me out of my misery. For real, it kept me alive. So, I knew I was destined to become a musician from an early age," Hysan tells Bandwagon. 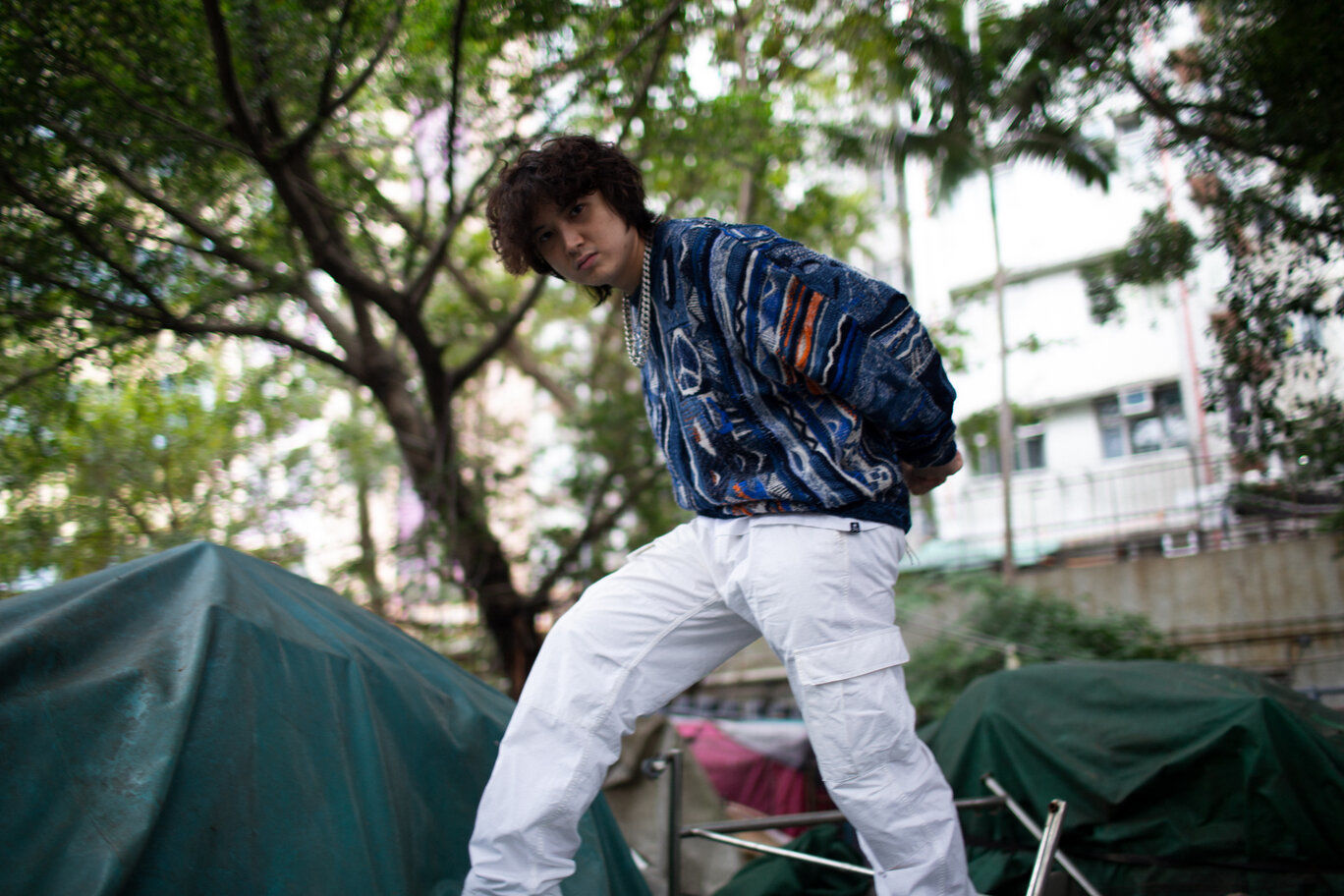 Describing himself as "one of the last living rockstars from Hong Kong", the rapper creates music that consistently asks life's most important questions, soundtracked by a unique blend of rock, R&B, and electronic.

In his latest offering, Hysan dropped his first album Radiance, under Warner Music Hong Kong. Rising from the ashes and despair of his 2019 album ANTI, the new record narrates the rapper's journey of finding happiness and purpose.

Bandwagon recently caught up with the Hong Kong rapper to talk about his musical beginnings, the story behind Radiance, and what he has in store for his fans.

When you were just starting out, did you face any worries or doubts about releasing your music for the first time? How did you overcome it?

Not really. I was more annoyed about people trying to dismiss my rage and trauma. 'Oh, he’s just being melodramatic', 'that’s just poetic device, he doesn’t actually want to hurt people' and just 100% of everything I say but yeah, there’s nothing I can do about it but make better music that connects with more people. So, I cope by making more music.

What kind of music do you make and what impact do you hope it has on your listeners?

Wake up, accept your shadow, question everything; ask yourself 'what is the meaning of life?', and why is the entire world so terrified of this question.

How would you describe Hong Kong’s music scene and what role do you play for local music?

It’s alright but honestly, for a long time, the music has been too sentimental and idealistic for me. I couldn’t relate to Hong Kong music at all as a hate-filled teenager, but now that I’m 23 I understand what they’re trying to express.

I see myself as the leader of the counterculture here, which I believe I contributed to in a major way. I feel like I’m one of the only living rockstars, one of the only people who have the courage and commitment to portray what true human suffering looks like.

Tell us more about your upcoming album Radiance and the story and concept behind it. How does it stand out from ANTI?

Radiance is set in an intra-apocalyptic Hong Kong (i.e. 2020), documenting my pursuit of happiness, purpose, and salvation. The sense of existential crisis is much more palpable than ANTI, whose main theme is about mental illness and self-acceptance.

Could you tell us more about your single ‘PTSD’?

'PTSD' is all about trauma, and how it haunts you even after time has passed and circumstances have changed. I speak about my personal trauma arising from delinquency, retaliatory violence, and betrayal, to illustrate how the paranoia and discomfort haunt me long after the threats have subsided.

You performed at multiple concerts and shows around the region, share with us your favourite live show experience.

Definitely, during my last album release concert ANTI EVERYTHING in September 2019 when everyone started singing along to my song 'ANTI' - which was about depression and suicidal thoughts. It meant the world to me that so many people connected with it.

What are some stages or destinations you hope to perform in the future?

Five years from now, where can we Young Hysan?

I hope to be the biggest rockstar out of Asia.

Having meaningful conversations with my real friends. Learning as much as I can from the wisest of the generations who came before us. Also, anything that can help me cope with my anger and trauma.

Beyond the upcoming album, what else can we expect from Young Hysan this year?

I really think the world might come to an end, so I don’t have to do anything in the conventional meaning of 'doing something'. But I feel like I have a calling for a direct responsibility on behalf of the Universe to influence and change humanity. So I’ll do what I can to inspire, uplift, and connect people through music.