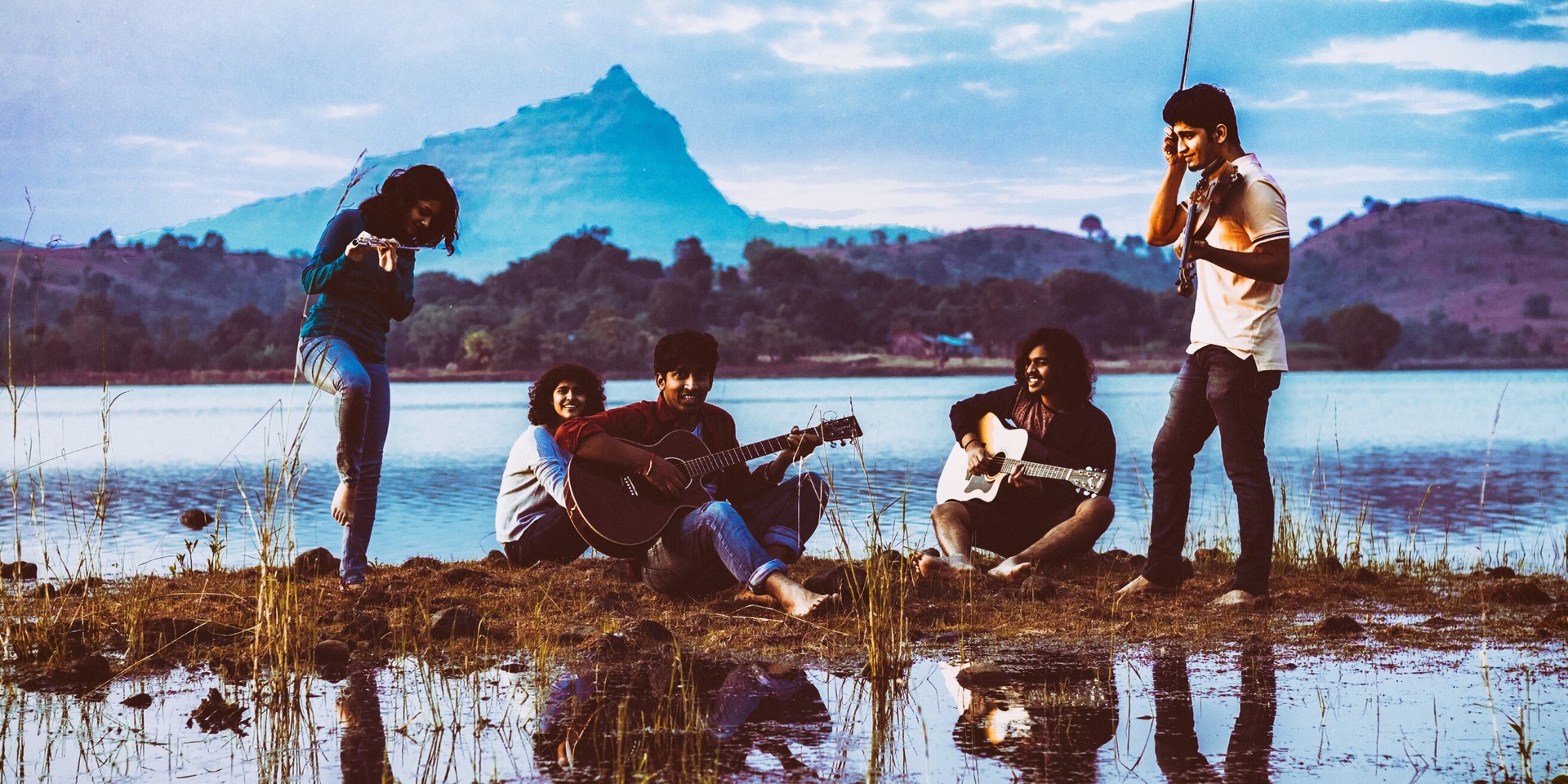 Life has a funny way of working out. A series of small choices – whether it's missing your train because you decided to stop and tie your shoes or trying out a new coffee shop on the other side of town – often lead to you to the right place, at the right time, with the right people.

It's not magic but it certainly feels like it, which is exactly how Easy Wanderlings came together.

"One by one the band members met each other through friends and sometimes, sheer luck. It sure feels like the band came together magically just when we needed each other, and it all happened so fast," they tell Bandwagon. Aptly named, Easy Wanderlings want to evoke a sense of wanderlust and longing in their music, weaving together a beautiful tapestry of soul, pop, and folk music.

"I think it is safe to say we make music that resonates with our inner traveller and wanderer and if it does take you on a journey someplace nice, we’re doing something right," says the band. Through the years, the band has gone to achieve an array of accolades and performed at several festivals around the world. But that's only the mere beginning for the soul-pop act.

Currently in the midst of working on their latest EP Caught In A Parade, Bandwagon caught up with Easy Wanderlings to talk about their "musical journal", how they've grown as bandmates, and what's in store for the future.

Hi Easy Wanderlings! What have you guys been up to lately?

Hello there! It’s been an interesting year, to say the least, with all that’s going on around us and the world. The band has been primarily occupied with working on our upcoming EP Caught in a parade, of which we launched two tracks this year ‘Enemy’ and ‘Makin’ My Move’.

Most of our gigs were private online shows for the most part as the second wave of COVID hit India pretty bad. As the situation has gotten much safer now, music venues have slowly begun opening and we just did our first live show - with the full band - after almost 2 years, which was a total blast! Tell us how the band came together.

Sanyanth is the bandleader, who also writes and composes almost all the songs and is a singer too. After Sanyanth returned to India, having completed his master’s degree from a school in San Francisco, he reunited with close friend Malay and decided to record a few tracks he had written recently. Their goal was to "get it out to the world".

They formed the Easy Wanderlings in mid-2015, as one by one the band members met each other through friends and, sometimes, sheer luck. It sure feels like the band came together magically just when we needed each other, and it all happened so fast. It felt like it was meant to be and hence our debut album is called, As Written in the Stars.

Our music has influences of folk, soul, and pop. Michael Kiwanuka, Simon & Garfunkel, Billy Joel, Leon Bridges, Iron & Wine, and Kings of Convenience are some of the artists that inspire us.

We’ve often heard our fans say that our music takes them on a journey, is easy on the ear, and is nostalgic. We like to describe our work as a musical journal of soulful conversations and observations, journeys, and feelings felt when spending quiet evenings at home.

How would you describe India’s indie music scene, and what role do you hope to play for it?

Indian Independent music scene is currently on a rising wave, more people are listening to it, thanks to online stream platforms that also push the music out to the people.

A lot of youngsters are taking up music as a career, more people are using the studio and giving priority to the recording process to get high-quality production. The number of music festivals has gone up. Radio stations have now begun creating space for Indian independent artists.

We are positive about the scene and believe that there is a lot of exciting stuff that can happen in the next 10 years.

We started off as strangers and now we are a part of a family. It was challenging initially to find the chemistry between each other since all of us come from different musical backgrounds and ideologies. But since we have always put music first above us as individuals, there were barely any ego clashes.

As time progressed, we’ve grown as musicians, and we’ve gotten much closer to carving out a neat space for our music to be heard. Thanks to our fans, we have toured extensively in the country at beautiful venues…it has been quite an amazing journey.

In terms of our creative process, Sanyanth comes up with the basic structure, melody of the track and then sits with each member to craft their part for the track. After that, we jam it out together and fix the loose ends.

You dropped your debut album in 2017. Almost four years later, what does the album mean to you now? How do you feel you’ve grown as artists and bandmates since then?

Our first album had a more acoustic and minimal feel to it. Our sound has drastically changed with the addition of each element and each band member, all having different influences.

We’ve all grown drastically as musicians and we’re not stopping whatever is flowing naturally as creators. Our music is becoming a little heavier, diverse, and moving into different genres. Earlier this year, you released your single ‘Makin’ My Move’. What is the song about?

Makin My Move', is a retro funk and disco-influenced tune incorporating modern electronica and Indian percussion. It talks about life in the dating era and how it has forever changed modern love.

What is your favourite memory from your musical journey so far?

This would certainly be during our last wing of our nationwide tour in 2019, which we lovingly called ‘The Mountain Valley Tour’, when we spent a few weeks unwinding in a beautiful bungalow/artist retreat located up in the Himalayan ranges.

What is your biggest dream for Easy Wanderlings?

Performing with the band in all corners of the world and collaborating with as many inspiring artists along the way. We are all big-time foodies. Some of us enjoy adventure, the outdoors, and travelling. Some love to read and some enjoy staying home and binge-watching anything on the net show.

We are hoping to release the upcoming EP in early 2022, after which we will plan a tour in India and keep an eye for some interesting international festivals we can perform at.