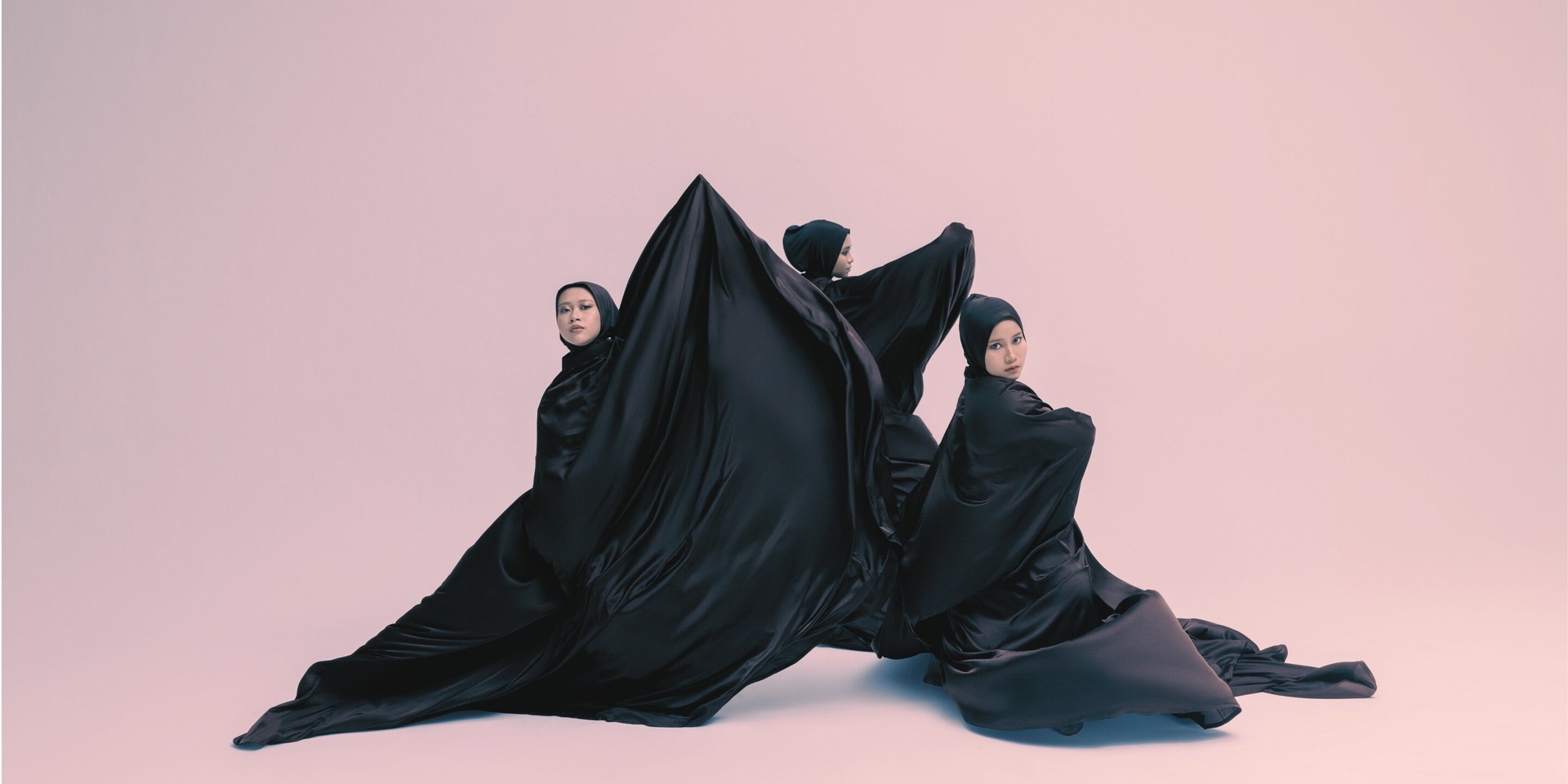 Loud, honest, and unapologetically themselves, Voice Of Baceprot is the band that's leading the next generation of metal music.

Hailing from Garut, a quaint town in West Java, Indonesia, the all-female trio have made waves across the region for their powerful music that challenges societal norms.

Taking their name from the Sudanese word for 'noisy', Voice Of Baceprot or VOB comprises Widi (bass), Sitti (drums), and Marsya (vocals, guitar). Sharing a deep love for what they do, the trio came together after finding a sense of freedom and solace in metal music.

Through their songs, the band tackle important societal issues such as gender stereotypes, culture and religion. Coming from of state of confinements and restraints, Voice Of Baceprot has become Widi, Sitti, and Marsya's bare-all avenue of self-expression.

"Our music is born from the restlessness in our collective hearts and minds. And as our band name implies, our music is loud and noisy. This is our music and we’re proud to be able to say that," the band tells Bandwagon.

We want to speak up about the importance of being an independent human being and upholding human values.

Most recently, the band dropped a new single titled 'God, Allow Me (Please) To Play Music' that comes after years of constantly fighting to pursue their dream. Serving as a cathartic release for the band, the track talks about varied experiences of doubt and worry that they faced throughout their musical journey.

Fresh off the release of 'God, Allow Me (Please) To Play Music', Bandwagon caught up with Voice Of Baceprot to talk about their music, goals, and their upcoming performance at Germany's Wacken Open Air 2022 festival.

Hi Voice Of Baceprot! Let’s start from the beginning, how did each of you first start in music? What drew you to metal music?

We began studying music together in 2014. Widi learned to play bass by using an acoustic guitar because we didn’t have a real bass guitar. Sitti learned to play the drums by using a drum kit that was assembled from our school’s marching band equipment. Marsya taught herself how to play guitar, sing, and rap by using an old guitar with its strap replaced with a belt that is glued to the guitar so that it could be played while standing up.

We felt as if all of our emotions were represented when we first heard metal music. We’re able to shout as loud as we could and speak freely until we could finally break free from the shadows of stereotypes and stigmas that bind us.

How did the band come together?

Initially, we were basically three restless students who were jaded by the rigid education system where the main objective was only to compete for the highest grades. The obedient ones would be favoured, while those who dare to criticise were labelled disrespectful and rude. We bonded and got together as VOB in 2014 after Abah Erza, our school counsellor who is now our mentor, introduced us to music as a medium to express our opinions. Abah also came up with the band name.

We heard you’re about to release your newest single 'God, Allow Me (Please) to Play Music'. Could you tell us more about the single and what inspired it?

The song is an accumulation of our anxieties and contradictions that we’ve experienced during our musical journey thus far. It was written at a time when we felt exhausted after confronting many people who were against our life decision to play music. With this song, we want to face the complexities of their perception with a simple message: we are not criminals. We just want to make music freely and we believe that God will allow us to do so.

You’ve recently been announced to perform at Wacken Open Air next year. What are you guys most looking forward to performing at the festival?

It’s been a dream of ours for so long to be able to perform at Wacken Open Air because it’s the world’s biggest metal festival. We can’t wait to experience standing on stage at Wacken not just as VOB but also as Indonesians.

It fills us with pride; real pride instead of one that exists only in our dreams and remains there as part of our wishful thinking. At least we will have the opportunity to prove that music is a viable and right choice for one to pursue a career in.

Have there been instances where you felt that the band’s music-making process was affected coming from a conservative culture like Indonesia?

Not all of Indonesia are conservative in culture. As a democratic country, it is normal to have conservatives amongst us. But in general, it cannot be said that our culture is conservative. Even in our village, not everybody is a conservative.

But from them, we’ve been able to learn how to be more thorough and fair when it comes to choosing music as a platform to voice our concerns. In such an environment, it justifies and shows people that there is nothing wrong with the decision that we made.

What are some aspects of Indonesian culture that you embrace in your music and in your artistic identity?

Indonesia as a country, including what we see and encounter in our village, is inhabited by simple and sincere people with a love for nature. That’s what we’ve always tried to maintain, apply, and convey through our music.

What is your biggest dream for the band?

That VOB can continue to write great songs that can last forever and have a special place in the hearts of many.

What is the best part of being in Voice Of Baceprot?

We can be our own selves, speak out, release our anxieties with our music, and call out someone without worrying about them getting angry at us. Why? Because they don’t realise that they’re the target most of the time (laughs).

Widi loves to cook, while Sitti enjoys finishing whatever Widi makes because she loves to eat. Marsya likes to read books, write poetry, and daydream.

We’re currently in a productive phase of writing our own songs and hopefully, we will be able to release more original songs in the future.

Listen to Voice Of Baceprot's 'God, Allow Me (Please) To Play Music' here.