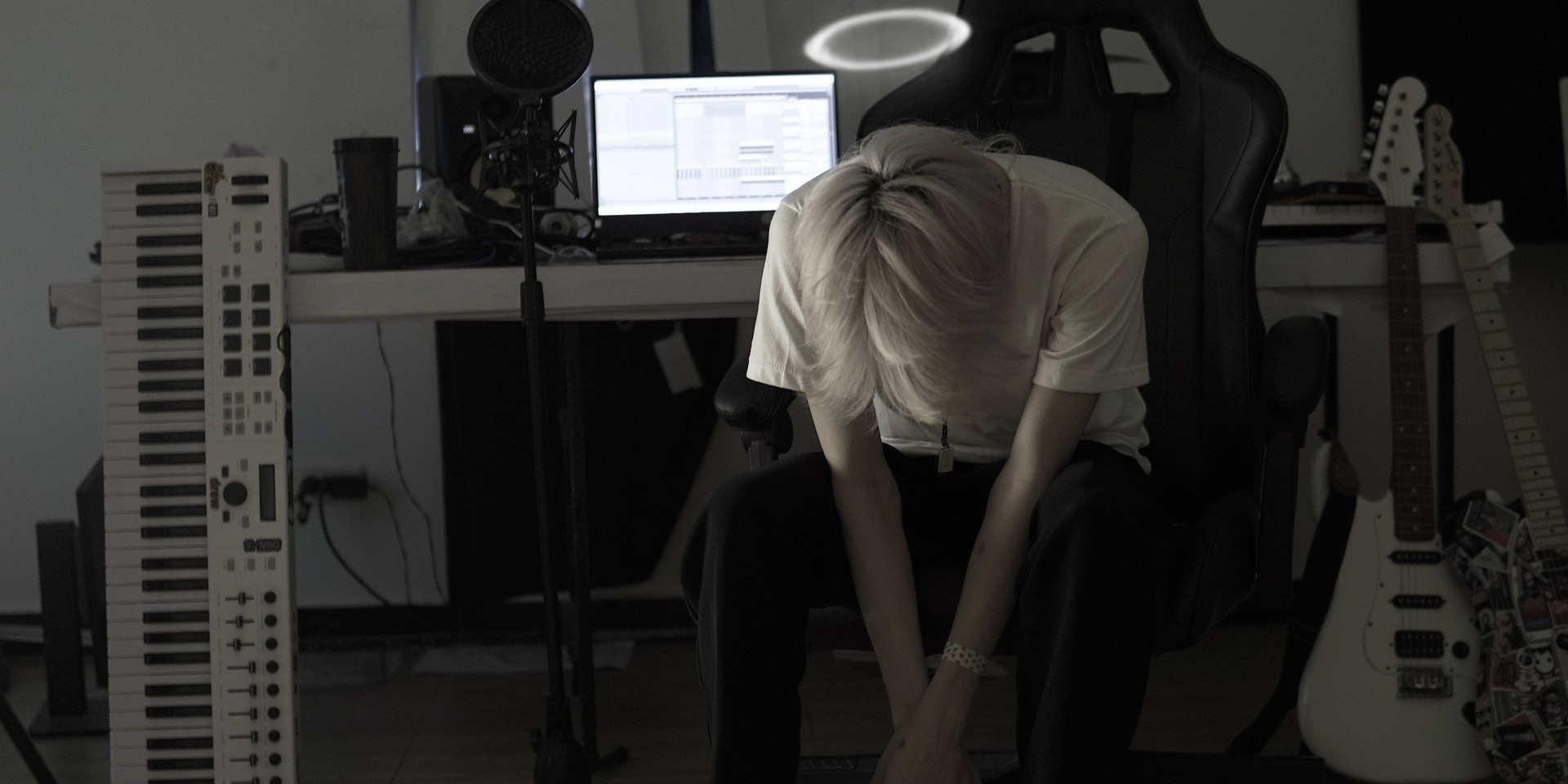 W/N's the kind of artist you hear, but rarely ever seen. With his music at the forefront of his career, the Vietnamese producer's harrowing melodies do all the talking.

Since the beginning of his musical journey, W/N's identity has remained a mystery, being only an enigma of his self-described sad songs. But his anonymity has never been a hindrance to his music.

Relaying personal stories of pain, mistakes, and loss, you (and the other millions of listeners he's garnered) often forget to question who he really is.

W/N grew up in a musical family but it wasn't until he discovered EDM when he decided to venture down the path of music himself.

"I want to pursue is EDM because it has endless sources of inspiration and [allows me] to create gifts for my listeners," he tells Bandwagon.

Inspired by the likes of Avicii and Marshmello, the 'Crush' act has turned heads with his somber melodies contrasted by rhythmic beats. In particular, his track '3107' has captured the attention of many across the world, accumulating millions of views across multiple platforms.

In anticipation of W/N's upcoming music, including another instalment to his '3107' series, Bandwagon caught up with the producer to talk about his musical journey, creative process, and why he's choosing to remain anonymous.

Hi W/N! Tell us about how you got into music and producing.

My family has a musical background; my father is a musician, so I knew how to play instruments from an early age. When I heard Avicii's 'Wake Me Up' by chance, I felt like I was receiving a gift when listening to it. So I started making things like that.

You post a lot of your remixes on YouTube, what motivated your decision to start posting online?

I made music and then posted it on Youtube because I was quite lonely at that time. I made a lot of music and decided to post it for fun.

Music helps me forget all the bad things. I learned to love myself more after all this time.

Many of my creative ideas come from the most comfortable moments such as turning on the laptop and sitting in my bedroom, sometimes lying in bed and making music. Most of my music comes from sadness, true sadness so maybe that's all I could share about being creative.

‘3107’ is one of your most popular songs, with millions and millions of views from all over the world. Could you tell us more about the song and why you think it resonated with so many people?

I'm not surprised much when my music gets spread widely because it's very sad and there are a lot of people experiencing sadness. After '3107' & '3107 2', I'm even more convinced that a lot of people like to listen to this kind of music. So I started to write 3107 3', which is also my story and sadness.

Could you tell us more about this project and your plans for it? What was it like working with Nâu, Duongg, and Titie for ‘3107 3’?

3107 is now a full album. For Nau, Duongg and titie, when we started collaborating, they were just students. I invited them to perform with me because I think they fit my song. But it is impossible not to mention that we have had a good time working together and got the results we deserve.

In your career, you’ve always maintained your anonymity, was this a conscious decision?

My purpose of anonymity is to have a free life, not too many people know things about me apart from music. I just want to make music and enjoy it. Even when I'm anonymous, people who don't know me still listen to my music every day! There's nothing to worry about.

What is your biggest dream for your music?

My biggest dream is making music and even though I'm no longer in this world, and for people to listen to my music and still don't know who I am haha.