Meet Nat Ćmiel aka Yeule. Although only 17 years of age, this prodigiously talented singer-producer has already garnered a substantial following online thanks to her prolific uploads on SoundCloud and her affiliation with Los Angeles-based label ZOOM LENS. Curiously enough, this sonic endeavor of hers originally began as part of a larger exhibition. Of course, the Yeule moniker has since taken on a life of its own, transforming from a one-off art project into a full-fledged musical effort.

Based in Tokyo and Singapore, Yeule has impressed in both countries with her production work. In 2014, she released her freshman EP entitled yeule [ZL​-​20], a delicate and dreamy eight-track effort that got her on the radars of music blogs and esteemed publications (such as The FADER) alike. Soon after, she made her live debut in Singapore during ATTAGIRL's wild and well-attended 2nd Anniversary party at Blu Jaz Cafe, run in conjunction with the Good Times crew. And it appears that she's kept a good relationship with both collectives because her next full performance came under the Good Times x ATTAGIRL banner as well, playing a cozy gig at a hip Tanjong Pagar bar called Coq & Balls. 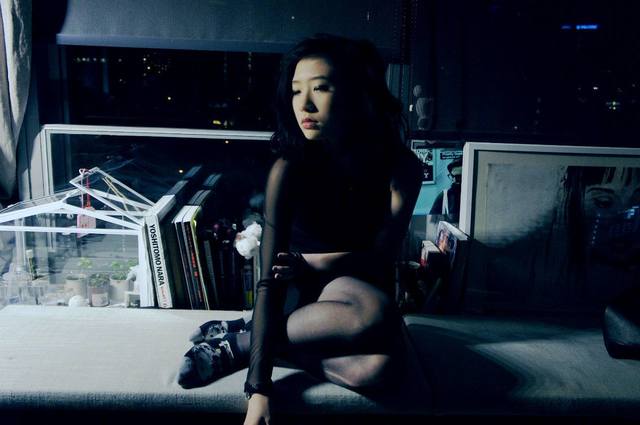 In between the aforementioned performances though, came a brief showcase at Velvet Underground, Zouk for one of Lush 99.5FM's carefully curated Kaleidoscope parties. Although the gig was short (10 minutes or so), this was probably where she garnered the most local attention, thanks to the number of industry figures in the audience. Sometimes it isn't how long you do it for, its all about how well you do it. And all that buzz inevitably led to her biggest show to date - a name-making opening slot for Orange County punk rockers The Garden (promoted by Other Sounds) at Mettlework.

From everything we've seen and heard from Yeule so far, we're convinced she's bound for big things. Whether she's crafting experimental ambient soundscapes for herself on Ableton or singing guest vocals for other notable producers, we've never failed to be taken in by anything she's done.

And yes, before you ask, she is named after Yeul from Final Fantasy.

This single of her debut EP marries the lo-fi loveliness of her production aesthetic with the airy, magical ambience of her vocals in its most concentrated form to date.

'Tint' is her newest release on SoundCloud, and despite it being an unpolished demo, we really sense Yeule coming into her own here.

An astral daydream that conversely feels warm and lonely at the same time.

As always, Yeule loves to weave breathy longing into negative space, but this head-nodder feels weightier thanks to its use of sub-bass.