When I was in secondary school, my very cool English teacher (Big up Mr. Bambang) loaned me his copy of The Strokes’ Is This It. I distinctly remember two things; one, that was my first ever exposure to #alt music and two, he folded the album cover so that the original album art (a saucy photograph of a woman’s hip and a leather-gloved hand resting seductively on it) was hidden. He did this so that I wouldn’t be caught with mild pornography or something.

That got me thinking - he could have easily just kept the album booklet at home while still letting me have the CD. It could have eliminated the possibility of receiving a lawsuit or worse: the wrath of my parents. But he didn’t. I believe he knew the value of that small booklet, how important it was for one to listen to the album while perusing through the liner notes, read the lyrics and appreciate the artwork that complimented the music. And it really did enhance my experience of Is This It thoroughly. The record that symbolized everything that was New York (circa 2001) would have been incomplete without that iconic album art and all its notes to really anchor and emphasize its gritty, stripped down, nonchalant attitude. 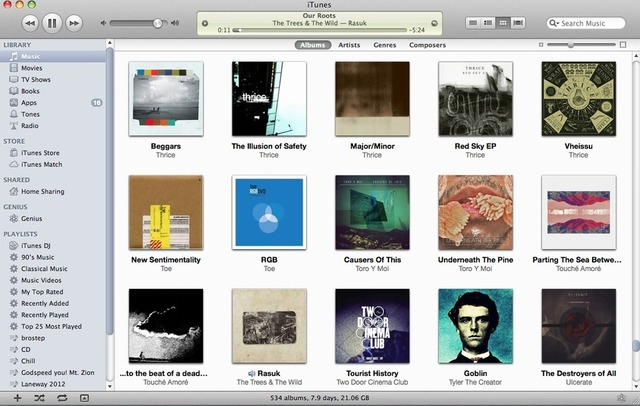 In the era of everything digital however, is album art still relevant? I don’t know about you guys, but I’m really anal about album art in my iTunes (or Windows Media Player if you’re still stuck in 1999). It feels way more gratifying and looks way more cooler on my iTunes and my iPhone if the album cover is displayed while the music’s playing. It may also serve as an exhibition of my Culturally Relevant Tastes - I’d imagine a cute girl on the train going “Oh look, that guy’s listening to Bon Iver, he must be really deep, I’m going to date him!” Surprisingly this has never happened before.

But seriously, just how relevant is album art in the modern age? Today, especially in popular music, the emphasis leans more towards Singles as opposed to the Album as an entirety. Singles, EPs and LPs are now simply downloaded off the internet through mediums both legal (itunes store, bandcamp gallery) and illegal (torrent sites, blogspot hosts). Most of the time however, people would rather get their music for free. This is the bitter reality. Monster Cat offered the same affirmation when we asked them why they chose to put up their Mannequins EP for free on Pirate Bay:

“File-sharing is a reality that involves millions of users every day. These consumer habits are here to stay, and it forces all denominations of the music industry — artists, fans, labels, distributors, and gig organizers — to re-examine how music is created, shared and enjoyed. These are the consumer habits of today and we feel that it’s a situation that has no straightforward answers and one that calls for creative, unexpected solutions rather than the use of moral force or the law to protect a status quo.” 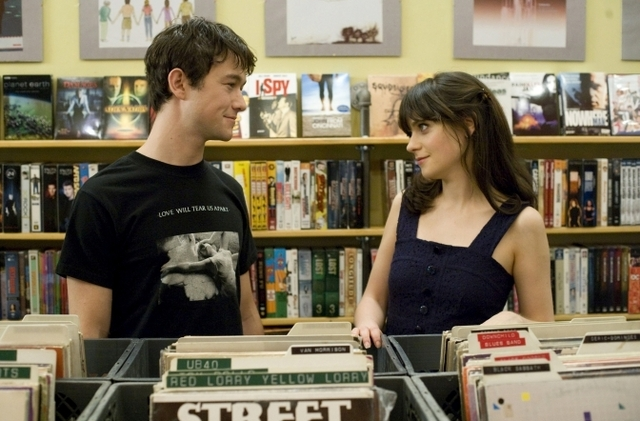 Most people today no longer find the peripheral articles to be of importance; they find that the absence of cost outweighs the possession of supplementary materials. Thus the prevalence of file-sharing.

After all, the purpose of album art was to grab the attention of customers browsing in record stores. The artwork was integral in the selling process of the album; it had to be striking, bold and impressionable enough for any random individual to pick up the record and have a listen. This was during the non-internet days mind you, there was no Pitchfork or Bandwagon (hehe) to tell you what to listen to. Today, record stores are located online, albums are displayed on virtual shelves and record sleeves exist as lines of code and pixels. We have traded the physical, tangible format of albums with the convenience and lower costs of audio files.

As such, would it be logical to assume that the significance of album artwork has diminished, with all its liner notes, lyrics, jacket design, promotional pictures produced for nought?

Not really. There’ll never be a day when artists and musicians disregard what goes on their album covers. It still plays a substantial active role in their creative process, both as a branding tool and as a complete aesthetic package for their listeners. In fact, the prevalence of file-sharing should actually provoke musicians and artists into creating a more immersive experience for those who choose to purchase physical media.

The artwork that goes along with the record serves as a visual representation of the musicians and their music. Their personalities are expressed right at the front of the album, as an indication of what the listener can expect from that group of songs. Much like how illustrated covers help one visualize a book, the artwork on the album provides and steers the visual direction of the music.

An excellent recent example would be Mirrored by Battles; that picture of their elaborate instrument and equipment setup in a mirrored room was reflective of the band’s inclination towards complex tunes, repetitive loops and seemingly infinite melodies that bounce off each other. Aphex Twin’s viciously mischievous face on the Richard D. James album is indicative of the similar diabolical electronic tunes that lay within. 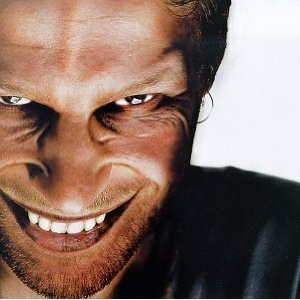 The artwork therefore is synonymous with the music. The visual elements compliments and enhances the audial content.

The artwork can also be the basis or an extension of the musician’s artistic campaign. What do I mean by this? Take for instance Coldplay and their Vida La Vida era. Their album cover art is French romanticist painter Eugene Delacroix’s painting La liberté guidant le peuple (Liberty Leading her People), a commemoration of the Second French Revolution, if my memory of art history serves me right. 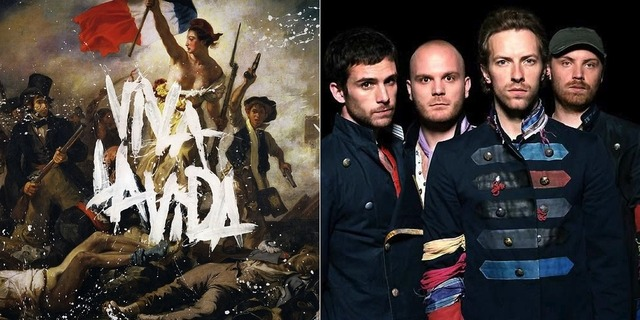 The themes of love, war and revolution bled out to different facets of Coldplay’s album campaign - French revolutionary costumes were worn by the band members throughout their touring live concerts, promotional pictures and music videos. The album art thus becomes a major part of the bands’s concept; internally as musical content and externally as their physical presence.

Look at how David Bowie’s image on Aladdin Sane, the “Tongue and Lips” logo that appeared on The Rolling Stones’ Sticky Fingers and Led Zeppelin’s four symbols on Led Zeppelin IV have become their personal embodiments. Artwork manifests as a branding process for both the artist and the record. It’s a branding tool, a marketing strategy that if done right, can become iconic in music and culture. I remember when I was a kid, I could recognize an album cover but couldn’t match up the title or even who the band was for that matter. That’s how iconic they were; they made such an impression on my young mind. 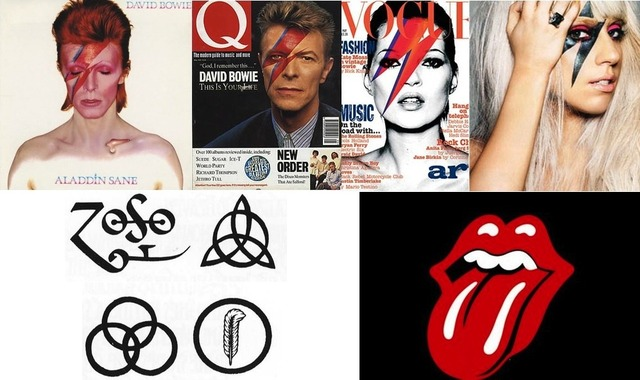 The artwork themselves have ingrained themselves (intentionally or not) in pop culture, such is their magnitude of impact. Abbey Road, The Dark Side Of The Moon, The Velvet Underground & Nico - their covers are all instantly recognizable even today, decades after they were first released.

There is also a great culture of design in the album artwork, where it becomes an extension of the music. During the era of record stores and vinyls, the cover was an integral part of the culture of music. Great photographers and illustrators have come and gone creating great album covers, striving to make them as iconic and unique as possible. Artists such as Andy Warhol, Gottfried Helnwein and more recently Shepard Fairey (of OBEY fame) have all contributed their talents into creating respectable artworks for musicians. Often times, the cover can be so artistically experimental that they become a cause for controversy. Seriously, there’s even a wikipedia list of controversial album art, which include the likes of Kanye West’s My Beautiful Dark Twisted Fantasy, the aforementioned Is This It and even Vampire Weekend’s Contra.

One artist that I’ve come to admire is John Dyer Baizley, who’s also the guitarist and vocalist of one of my favorite metal bands, Baroness. He was the man responsible for so many stunning album cover art for bands such as Darkest Hour (for Deliver Us), Pig Destroyer (for Phantom Limb), Kvelertak (for their self-titled debut) and handles all the artwork for his own band, producing extremely gorgeous visual accompaniments as a creative extension of his own music.

Album art and all the peripherals that come with it have an advantage over digital images and pdf files: they’re tangible. The booklets and all create a sense of personal attachment, something that you can touch and while listening to the music. I don’t know how many times I played around with I Am David Sparkle’s paper packaging for This Is The New while enjoying their tracks. What it did was create a higher level of attachment and between me and their music. In a sense, it was good public relations - it created a deeper bond between the artist and the audience.

Come to think of it, most of our bands here have come up with pretty damn good album art for their own releases. Caracal’s Bear. Shark. Wolf. second pressing is reissued in a beautiful tome-like packaging, looking as if the lyrics and liner notes were printed on papyrus. Monster Cat goes one step further by providing a beautifully designed Mannequins CD pack that comes with a drawstring bag, liner notes and ornate artworks printed on delicate paper, as a direct tactile extension of their music.

What legendary music producers have got down perfectly is the idea of producing the album as a whole, complete package, rather than just slapping on a printed image on the cover of the CD case and call it a day. The fact that our own local musicians are able to do a good job at it goes to show that there can be no excuse for shoddy products that does a piss-poor task in fulfilling our aesthetic satisfaction.

So of course album art is still relevant today, even if we are living in an increasingly digital age. What we want is a full sensory experience - that’s what we’re paying good money for innit.

What do you think?