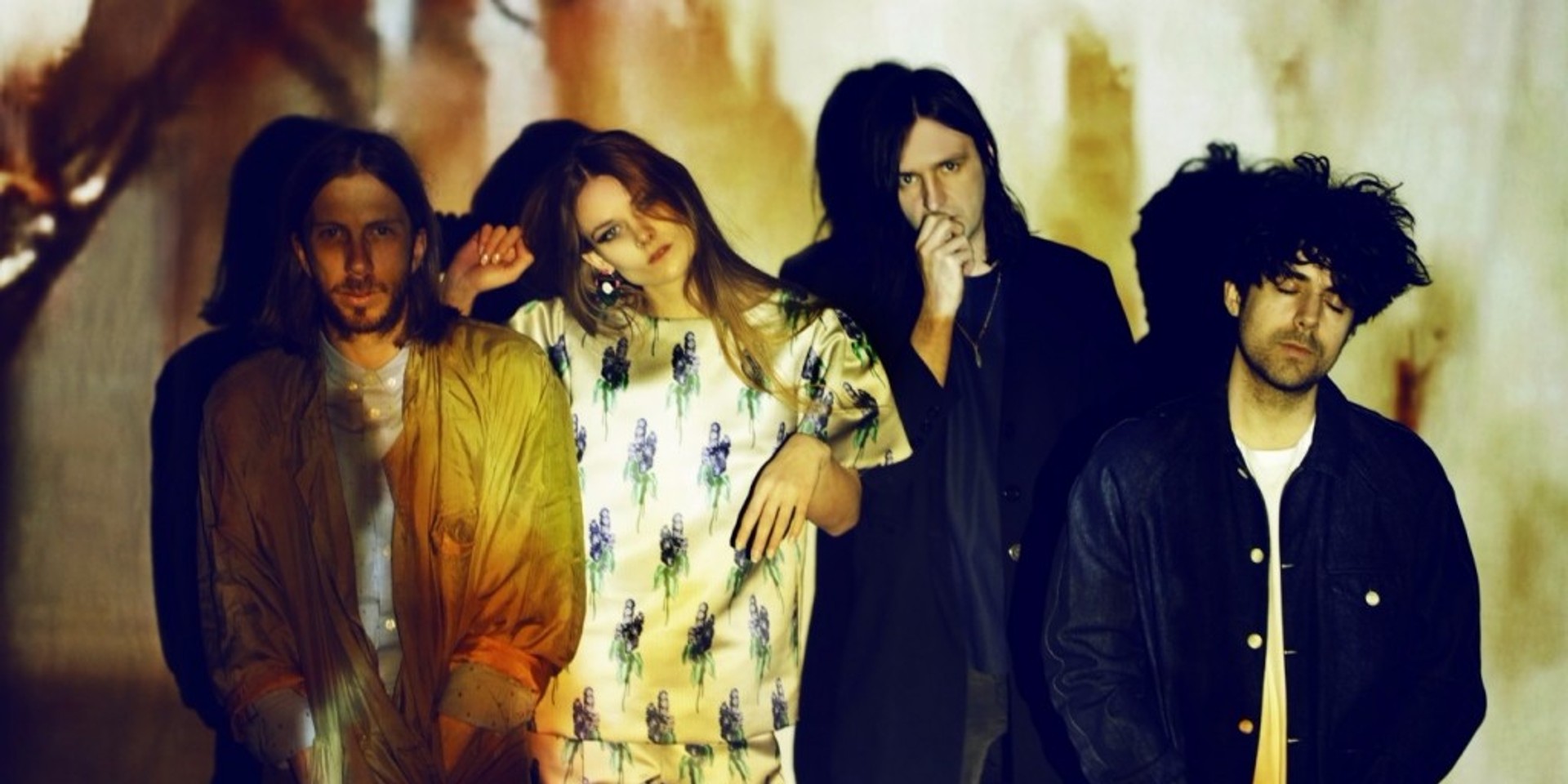 It’s always sunny on our side of the world, but it seems like the whole world has just gotten in on a bit of that tropical love.

British band Is Tropical haven't released a new record since their previous full-length in 2013, I’m Leaving. While that record title could be taken as an indication of an imminent departure, it looks like they are all quack talk. The band had been in work for their third record BLACK ANYTHING with a clearer vision — an album recorded in five continents, released in five parts over the course of two years.

If you haven’t been purchasing the album part by part, BLACK ANYTHING is currently on sale on their website as a bundle of five transparent picture disc instalment, with two tracks pressed on each side. 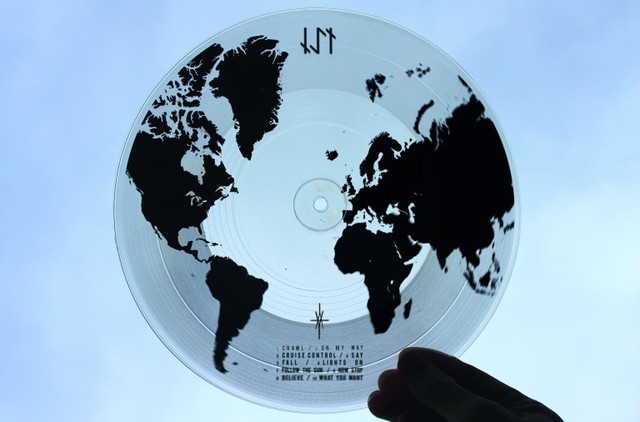 The artwork on each vinyl fronts the continent the tracks were recorded in, representing the culture and influences from the continents of North America, South America, Europe, Asia and Africa. Aside from the music, another focus is placed on the visual aesthetics — when the five vinyl records are placed atop each other, a map of the world would be created, bringing together the concept of unity through music, and piecing together the overall worldly and eclectic influence on the album.

With the fourth part of the album being recorded in Asia, we spoke to drummer Dom Apa about the concept behind the record, the recording process and their experience on the road in Asia.

Why did the band take the decision to release the album in five parts over the course of two years, instead of releasing it as a whole album when completed?

One of the reasons we came up with the modular concept for BLACK ANYTHING was a desire to explore other options than the typical write/record/tour cycle we had experienced for the first two LPs.

It definitely presented its own challenges, but the idea was that we wanted the music to be recorded as close to its conception as possible. So an idea would still be in that exciting, new phase where we are playing it to each other and jamming it out in soundchecks and in free moments.

Why the decision to record BLACK ANYTHING in five continents? How has that changed your recording process and influences?

Always being on tour meant we would have to bring the means to record with us, and that ended up in wonderful opportunities for variation, experimenting with sounds and using the local environment and music directly on the record itself. So we would sing backing vocals, record things in the back seats of taxis, and the eponymous 'Voice Memo' became a really useful tool not just for cataloguing things that excited us but also as parts of the music.

We found that the places we were travelling found their way into the songs, and transformed them; it was really amazing being able to treat our third album in such a spontaneous way, not worrying too much about what was happening and letting it form itself around us as we travelled.

Sharing music and pirating are amazing ways of disseminating something underground to people who might not have got to hear it — but there's the people who then go out and support that artist by investing in the physical product, and going to the show. That's where the renaissance of music will happen."

— Is Tropical's Dom Apa, on the lasting appeal of physical music formats.

The physical album of BLACK ANYTHING is released exclusively on vinyl, is CD a dying format from your perspective in terms of sales and attractability? What are your thoughts about that?

CDs, I think, were always a compromise between audio quality, availability and the product itself. Growing up as a kid, I collected a lot of CDs and none of them have made it through the years. On the other hand, the cassettes, 7inches and other vinyl records I've bought have lasted. I think that's something to do with the inherent value in them, and maybe the fact that culturally they're reminiscent of a purer time, when buying music was about supporting the artist and discovering something new.

Now with the internet, we're able to immerse ourselves in the visual aspects of the bands we love — by checking out their Tumblr, Twitter, Instagram etc. You're not just picking up whatever clues you can find in the liner notes or by staring at the cover art for hours while you listen. I think a part of that is still there with vinyl — it feels like a commitment to a record you love, and a transaction that is more pure than the disgusting crushed plastic of a jewel case in the footwell of your mate's car.

When we sell our vinyls of BLACK ANYTHING online, a big part of that money goes to us, so it is that micro-economy which is also starting to reemerge after the dark days of the 80s, 90s, and then the doomsday of Napster. Sharing music and pirating are amazing ways of disseminating something underground to people who might not have got to hear it — but there's the people who then go out and support that artist by investing in the physical product, and going to the show. That's where the renaissance of music will happen. 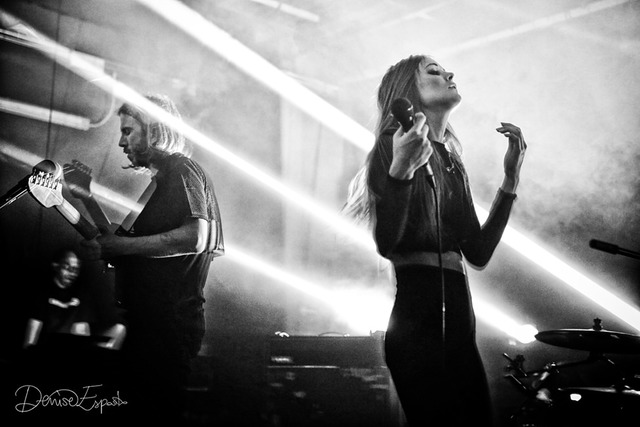 Two songs ‘Follow the Sun’ and ‘Now Stop’ were tracks that were recorded in Asia, where were they recorded in? What part of Asia influenced the writing or recording process of those two songs?

‘Follow the Sun’ was a track that actually came together really quickly -- the imagery around the song partly being this private, introverted voice and then the classic motif of sun worship and the Orient. Asia is a place fixed in the Western mind and it's intriguing that on a spherical planet we still think of the sun rising on an Eastern edge like that. So travelling around there, you're conditioned to listening to certain things and so for us it was about turning a gloomy, moony song into something bright, energetic and vibrant.

As for ‘Now Stop’, the main recording took place on stage before a gig, we were just trying to capture it in a simple way so we wouldn't forget — the structure is improvised but we ended up using one of these instances as the feeling in the room was just right. We were influenced by a lot of contemporary Asian artists, to name just a couple Haruomi Hosono and YMO, Midori Takada, Boredoms.

Our friends in Shanghai and Beijing would take us to weird clubs, walk around parks with us and generally watch us stumble around like tourists. In Jakarta, we could stare transfixed at the street performers or listen with awe at an Indonesian punk band rehearse."

Did you encounter any challenges or differences while writing and recording in an Asian studio? How was the entire process compared to the other continents?

Writing in Asia is really super easy, because it's one of the parts of the world we naturally felt less comfortable and more isolated culturally. The people we met were awesome and the comparisons are really ironic in their confusion sometimes. That feeling of being out of place but still feeling comfortable and welcomed is great to gain inspiration.

Our friends in Shanghai and Beijing would take us to weird clubs, walk around parks with us and generally watch us stumble around like tourists. In Jakarta, we could stare transfixed at the street performers or listen with awe at an Indonesian punk band rehearse.

That's a hard place to get to when you feel generally well-travelled. So yeah, in terms of bringing ourselves to Asia and travelling around and applying the melodies we have floating around our heads, we felt that was the most immediate and rawer states we could get to during the making of Black Anything.

The tracks that are written in Asia, for those reasons I believe, are the most fun to play live. They have the frantic quality of the lost, a feeling of timelessness, though as well, a confidence that can only come from abandoning as much as possible that overwrought sense of what might be proper or accepted to make.

Is Tropical is on a Europe tour for the next couple of months, would tropical Singapore be a future venue for the band?

We would absolutely love to get back to Singapore — usually people we know only offered DJ sets to us though. We have just started working with someone amazing who is handling our PR and ambitions to tour Asia, and with our label's support we will of course try to make the live Is Tropical experience happen. But we need help!

Is Tropical's BLACK ANYTHING is officially out now. The limited 4LP boxset edition of the album, along with the individual records, can be purchased here.