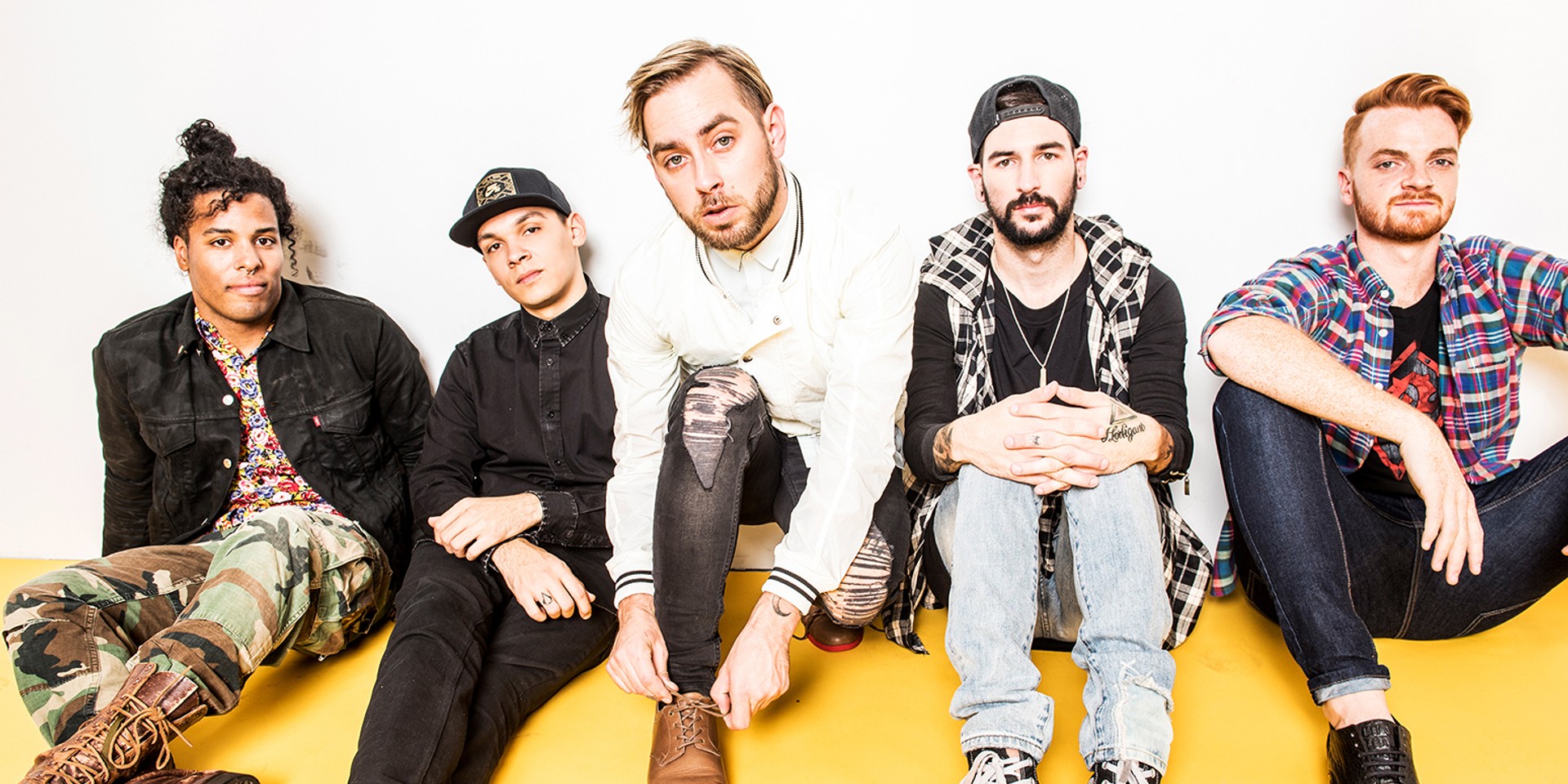 Fans in Bangkok, you will be pleased – 2017 will be the first time Atlanta metalcore outfit ISSUES will hold a concert in the city.

While this will not be the first time the band has performed in Asia — they made their live debut in Malaysia, Hong Kong, Japan and the Philippines in 2014 — their upcoming Headspace Tour will touch upon the region. But unlike the poster's billing, the band will primarily play East Asia, with the only Southeast Asian country included being Thailand.

Across the span of two weeks in August, ISSUES will be heading to various cities in Japan, Taiwan, Guangzhou and Seoul. 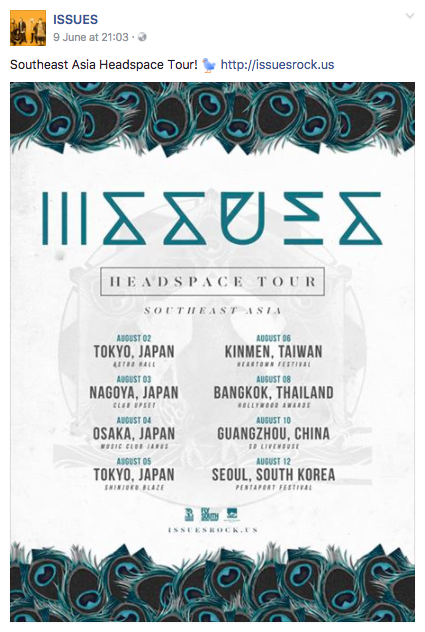 Titled Headspace, their latest album released in 2016, it comprises of 13 songs, of which features diverse moods – from pop-laced aggression to songs that touch upon their metalcore roots.

The band have not mentioned the possibility of more dates in the region, although with their surging popularity — with Headspace debuting at No. 20 on the US Billboard 200 charts and garnering half a million likes on Facebook — a Singapore date wouldn't seem so unlikely in the near future.

Organized by Indy Pop Concerts, the tickets for their Bangkok show are available at THB1,200 (early bird), THB1,300 (regular) and THB1,500 at the door. For more information, check out this page.

Prepare yourself for their concert by listening to their album: 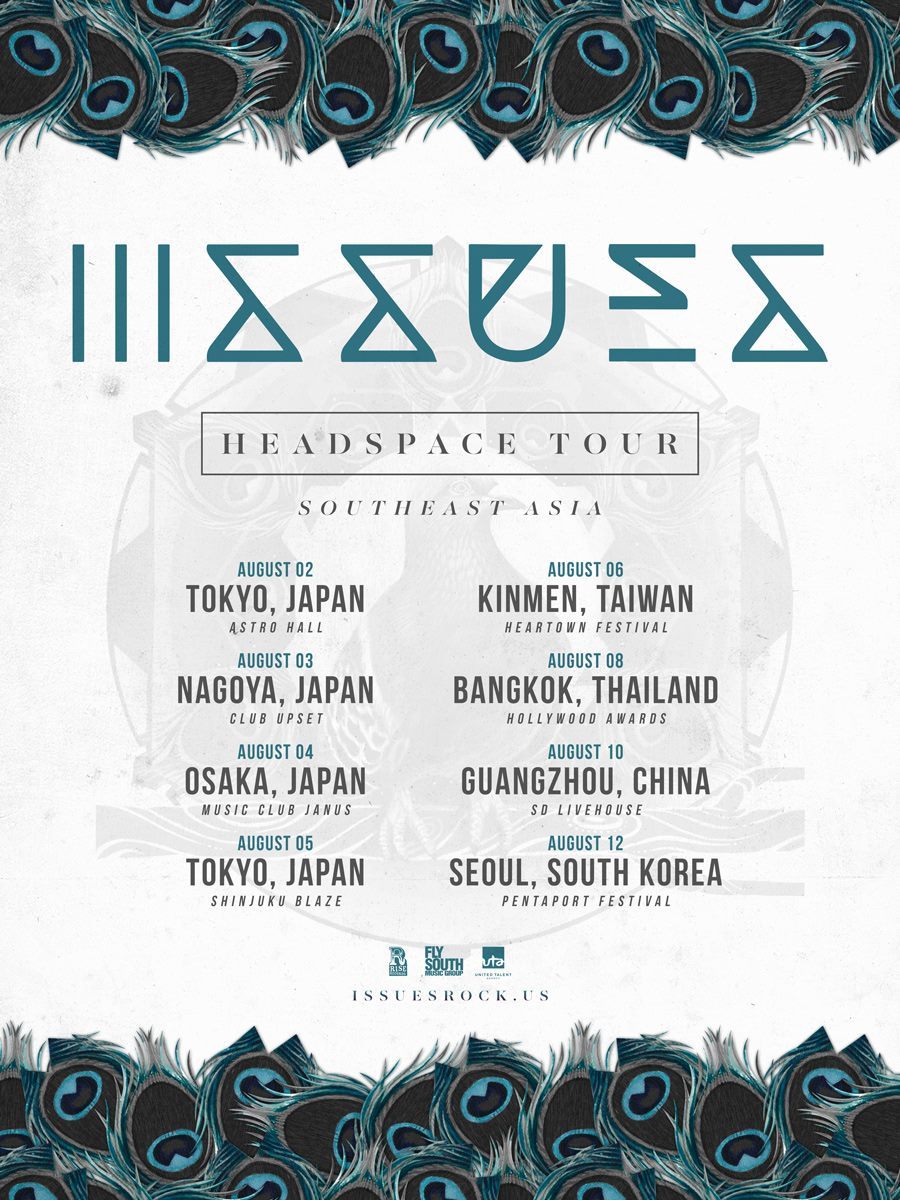