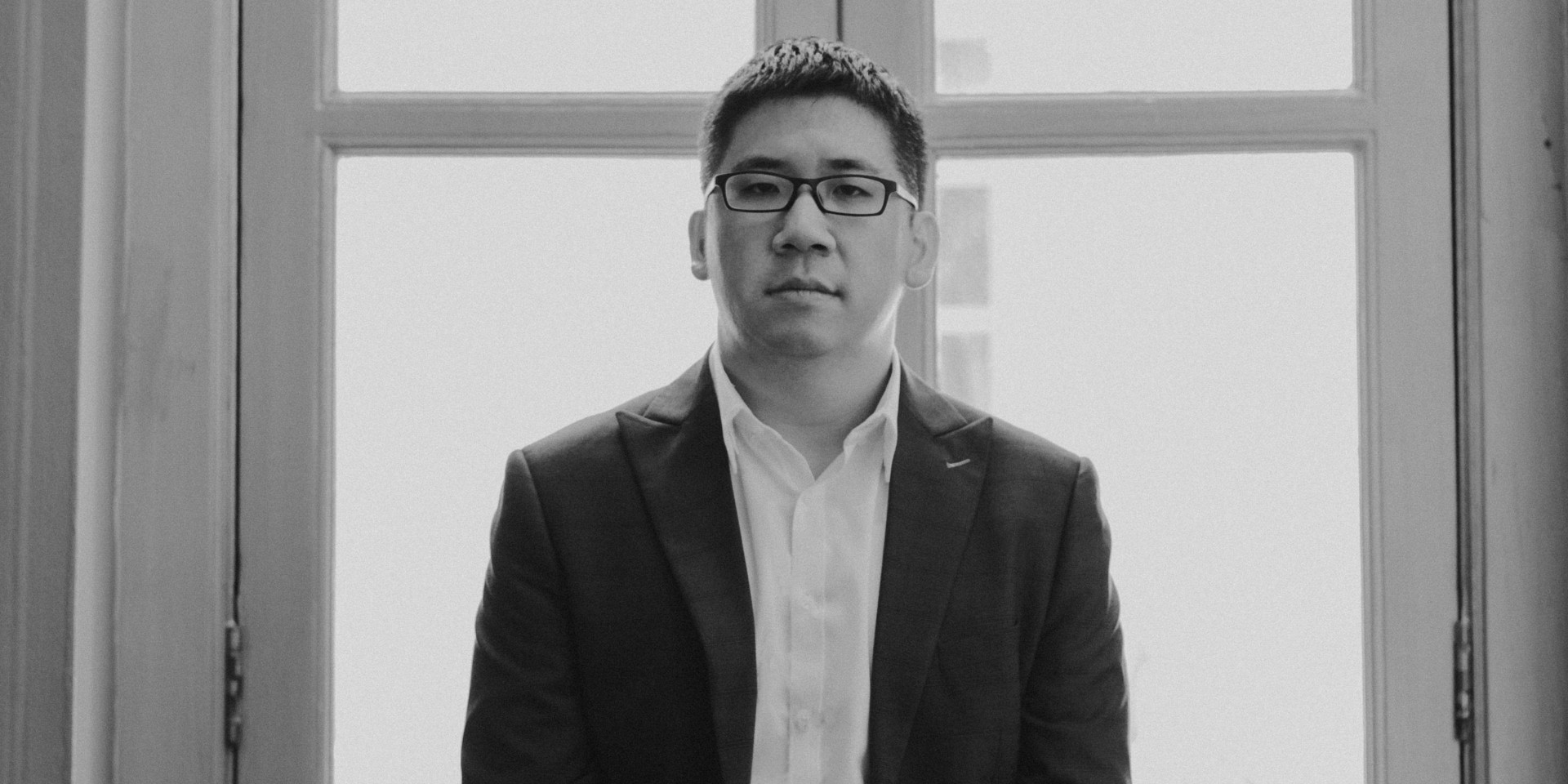 As long as some people have it in them to chase after the sublime, we will be okay. As a pianist, organist and composer Chok Kerong’s endeavours have manifested in critically celebrated, name-making works. But that’s just an observational point. The transmissions that bear his name have met rapturous reception because of two elements foundational to his calling: His search for beauty and the inventiveness and singularity with which he goes about chasing it down and coaxing it to speak.

A Mosaic Associate Artist, to whom the Esplanade has pledged its firm support, the Singaporean musician will lift the veil on a new show Pitch next month, which will feature new arrangements written specially for his chamber jazz ensemble, for which he has enlisted some of the world’s best musicians. Ahead of the big dates, he chats with Bandwagon about how he came to be a disciple and master of the music he holds dear.

My name is Chok Kerong. I am a pianist, organist and I'm also a composer. A lot of my work involves supporting other people. For the recent Charlie Lim concert, I worked closely with him and wrote several arrangements for him, as well. Being able to write for these people is really a joy because I know that they can do anything. For Vanessa Fernandez and Eugenia Yip, who were both background vocalists for Charlie's concert, I knew that they would nail whatever I wrote for them, regardless.

What drew you to the instruments you are currently engaged with and what made you want to take the next step to venture into arrangements and composition?

I was placed into piano lessons when I was young because it was something that my parents thought I should have a shot at. Nothing really unusual. I just never stopped playing. Then, I started to get into contemporary music. Naturally, as I started to learn more about music in general, I started to learn about the master organists. And that's when I started to explore the organ and not think of it as just an accompanying keyboard instrument, which took many years. I really fell in love with it because it was so expressive and it can go from really gentle tones to really thick textures so the possibilities were endless.

When I started to write music, it was casual; almost like a "let me just try and come up with some melodies on my own". Because I felt that it was a natural progression once you start learning about improvising. You want to see what you can come up with while not necessarily breaking the connection with what you learnt as a performer. I think I started composing, just for fun, when I was 18, 19. And when I went to music school, there was a lot of emphasis on learning how to put together your own music but there was also no pressure for you to be very different. So, in that way, I liked that I could take my time and learn the lessons from the music that I liked. From there, I learned how to distill my influences such that I could also form my own identity based on what I learned from other people. I keep doing it because it helps me find out what I'm about musically. We don't always know and it takes a lot of work to try and figure out what it is that you want to express from your core. Sometimes, it's still a mystery even if you've been doing it for many years.

Would you say that your dedication to music has, maybe, unconsciously, bled into your personal life?

The answer is yes. It does because I feel that the attention that I pay to music and, perhaps, the standard that I try to hold myself to, teaches me how to conduct myself in non-musical situations. I guess a lot of the procedures are still the same, right? How you take care of business in one part of your life may determine how you do it in other parts. But, when we try to find meaning within art, I think that's also very instructive; in a more abstract way. 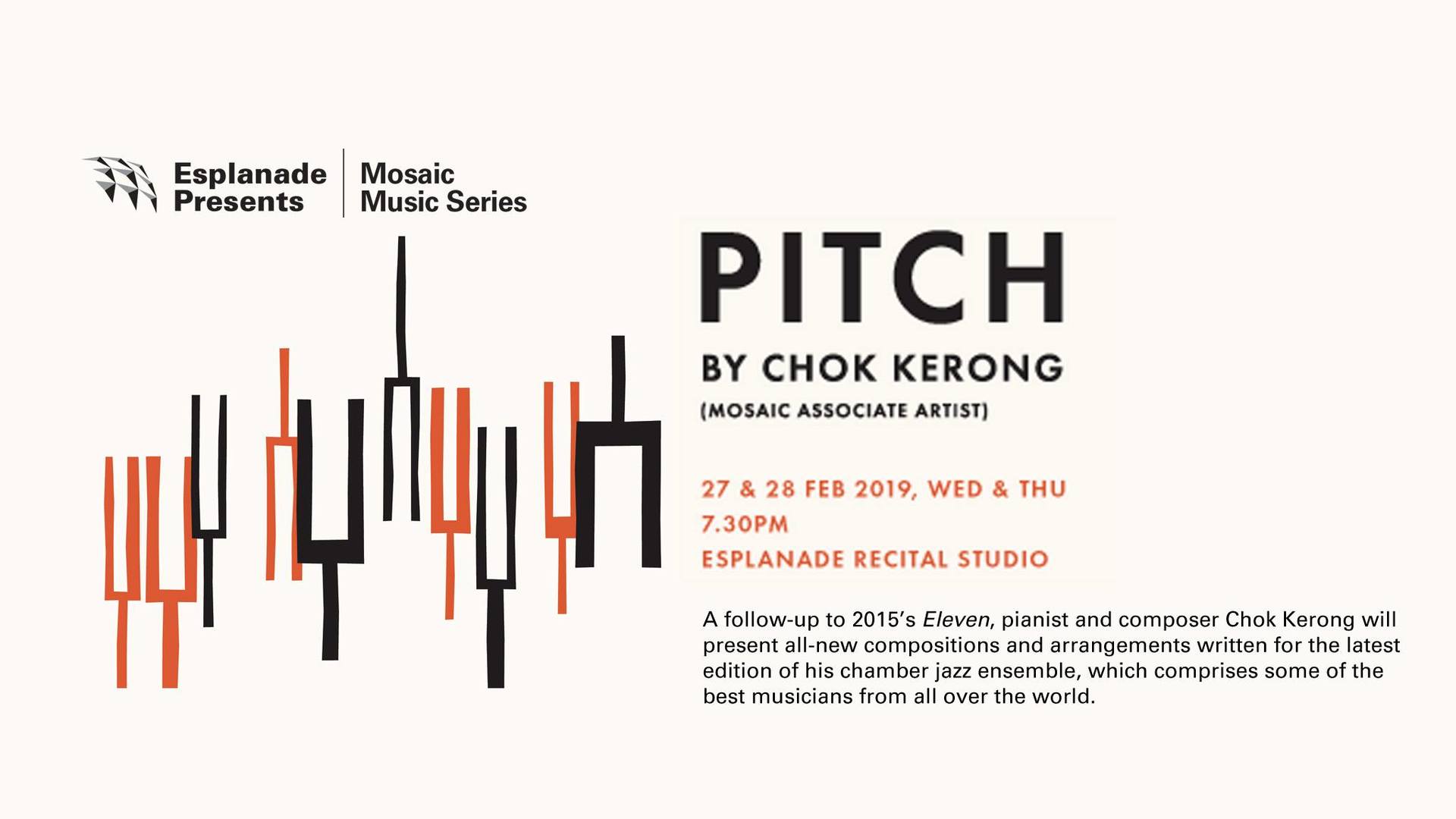 What can you tell us about forming the narrative for your coming show Pitch?

It's a follow-up to a similar project that I did in 2015 called Eleven. Narrative-wise, at the stage I'm at, I'm not ready to tie together an hour-and-a-half cogent storyline. I'm still at the stage where I'm presenting songs by themselves but, the people who have seen the first show, could, perhaps, see how my music has progressed. To me, I feel it's a lot more focused. In 2015, I was still trying to find my way around and figure out what I like about music. Sometimes, not even daring to discard things that weren't completely resonating with me. But after four years, I feel like I understand enough such that I can distill the music and not be pressured to put in things that don't belong there. In that way, the music is a lot more direct.

The show features a diverse group of musicians from all over the world. What went into picking these specific ones to work with?

This is also another difference between my 2015 show and this year's show: I'm featuring percussion. The players that I've gotten are also fantastic soloists so I can really write with them in mind. For example, Marques Young is a great orchestral trombonist and he's also a singer-songwriter. So, I've written a song specifically for him to play a solo and feature his voice. It's the same for Mat Jodrell; he'll be able to handle anything I throw at him and to also bring it to the next level. In that way, my choice of personnel has affected the way I write. Since I knew they were coming, I could conceive the music with them in mind.

A piece of this nature isn't conventional, in the sense that you're not working with a vocalist and there's no verse-chorus-bridge structure.

No, there isn't but I would say that you're alluding to pop music. At my core, that's where I come from. I grew up listening to pop music. Even if it's not obvious, I feel like there will be hints of that in all the songs that will be presented.

So, how do you start writing a bar, for instance?

It differs from piece to piece. One of my strategies, and this doesn't sound like a deep concept, is to stop writing and listen to music that inspires me. And when I find something which I enjoy, such as a texture or a melodic idea, I try to figure out what the core of that idea is. I'm not taking the exact pitches or rhythms but I'm trying to recreate the feeling based on what I know from my own instrument. So, sometimes it doesn't even begin with a melody. Sometimes it begins with a bunch of chords, and from there, I try to find ways to continue that feeling and to see whether there is a storyline that I can build. I always try to have ideas that tie the whole thing together so there's that underlying foundation and doesn't become one big runoff sentence, which is one of my greatest fears.

It's like a big white canvas and it's scary, sometimes, just staring at it. You have an idea but, at that point, you have no clue what's going to happen to this work that you're trying to create. I always try to listen to the music that I've written, not just as a musician, but also as a music fan because I feel that's a good barometer. Sometimes, when we listen to our own work as music technicians, we tend to lose sight of the big picture – you can connect all the dots, make sure everything is neat and "correct" but it won't say anything because those are not the things that create good music. It's not just dotting the I’s and crossing the T’s that creates good art.

Why do you think jazz is still relevant in today's age?

Well, musicians who operate at the highest level in this music have an imperative to sign their own mode of expression or their own voice in a meaningful way through careful study by absorbing the sounds that came before us. I think the combination of the two results in innovation because the act of copying is just the first step. There will always be a slight dissatisfaction when we can recreate what came before but not to have our own personality in there. So, in that pursuit of mastery and honouring what came before us, there's that urge to say something that truly belongs to us individually. It's a delicate balance but, it explains, to some degree, why it moves forward so quickly.