Breakout band Imagine Dragons are bringing their Smoke + Mirrors Tour to Singapore on 25 August 2015 for the first time, thanks to Live Nation Lushington. Platinum sales, a Grammy Award, sold out dates, getting a song on Glee, it’s been quite a whirlwind for Imagine Dragons.

After more than 130 headline dates and 50 festivals across the globe, the Las Vegas-based quartet threw themselves into creating material for their next album. “So many things were changing for us so quickly, the only way to feel some kind of stability was to keep writing,” says frontman Dan Reynolds, who founded Imagine Dragons with guitarist Wayne Sermon, bassist Ben McKee, and drummer Daniel Platzman.

Keeping up with the under-the-radar image, in between writing for the new album, the band took time out of work to produce a song for their favourite game, the DOTA-esque League of Legends. Apparently legit gamers, they contributed the track ’Warriors’. It wasn’t the first time the band collaborated with the gaming industry, having previously syncing up with Chair Entertainment to release the song ‘Monster’ for Infinity Blade III.

Despite the madness of the past few years, the drive to create sonically adventurous but unabashedly honest music has remained a constant for Imagine Dragons. For Reynolds, Smoke + Mirrors has proven his most daringly candid experience in songwriting yet. “At times it’s really scary to think about so many people hearing what I’m talking about in the lyrics on this album, but I know that for better for worse it’s completely authentic and genuine and true to who we are as a band,” says Reynolds. 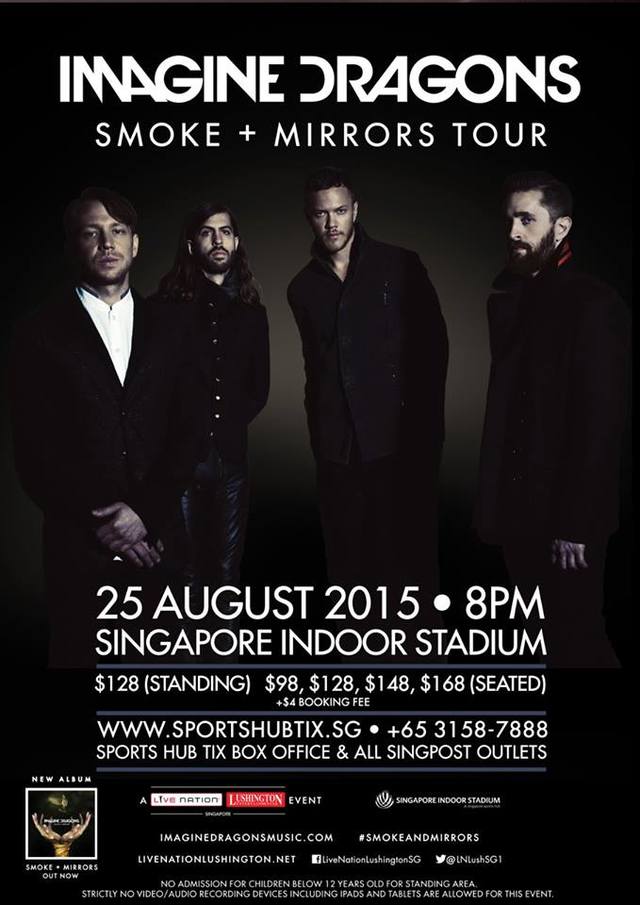