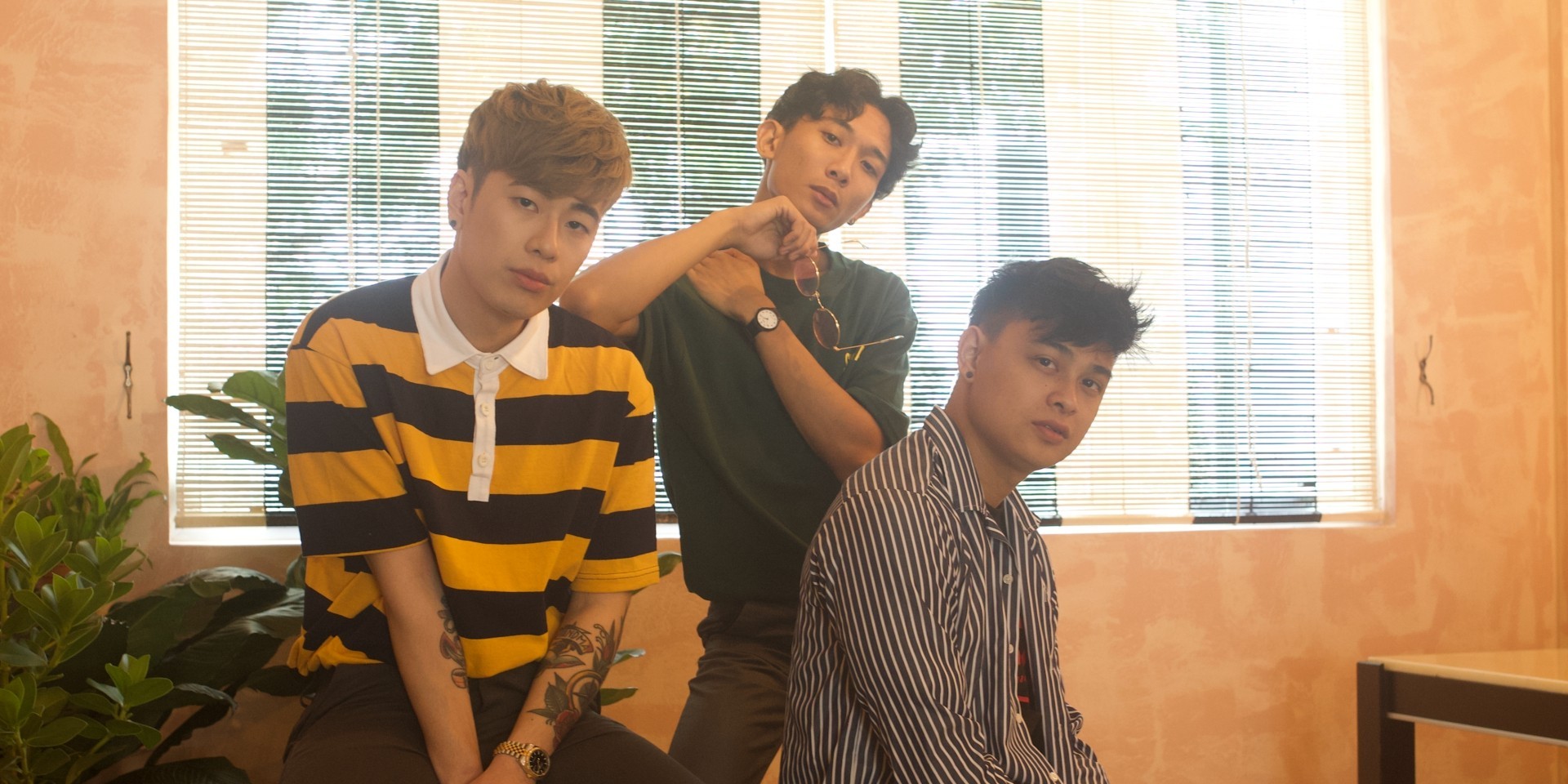 brb. is very much here to stay. The newly formed trio of Clarence Liew (CLO), Auzaie Zie (Disco Hue, Thievves) and Marc Lian (formerly TRICK) was forged in the crucible of R&B, soul and funk and released its debut single 'Cool With It' last month via Umami Records. The song is knowingly–and supremely–catchy; its limb-unlocking power is complemented by its instantly imprinting melodies. Silken and summery, it bends a knee at the altar of pop and receives an ample bounty of blessings.

Below, Bandwagon catches up with Clarence, Zie and Marc to find out more about what their brainchild is going to be.

How did brb. come together?

Clarence: It was Mark and I first. We randomly had a jam session at his place one evening, and things took off from there.

Marc: Yes. I was looking for collaborators to make R&B and hip-hop music. At the time, Clarence wasn’t doing anything, musically, so I asked him if he wanted to try songwriting together. The first session we had was really good: We knocked out a song just like that. It wasn’t ‘Cool With It’, though. It sounded good and that was what made us want to turn it into a real thing. But I felt like we needed one more person and that’s where Zie came in.

Zie: I knew Marc first from early days because I was a fan of his band Quick Quick Danger. We had never met before. I first met Marc when my band, Disco Hue, shared a stage with Gayle Nerva, Marc's wife. I met Clarence at a wedding. He was performing (together with Ben of Astronauts) and I was the guy doing sound. So we sneaked off to the back to talk. That's when I officially met the two of them.

Even though the band is still in its early days, how would you describe its internal chemistry?

Zie: I’m just the "token Malay boy" who's always late for everything (Laughs).

I’d say the chemistry's great because because we’re all songwriters individually and both Marc and myself are producers. So we churn out songs super quick! I can't wait to let the world hear more music from us.

What’s the story behind the very millennial name?

Marc: After our sessions at my home studio, we'd go to the prata spot near my place and brainstorm names. One day, Clarence said, "Brb". At that point, I was like, "Damn. This works". A whole mood and visual came to mind when Clarence say it. I could tell that Zie felt it too.

Zie: We just want to sell out, man. (Laughs). A lot of namer came up during supper: Ttyl, cya, wts. We were super into the early MSN Messenger era. But brb. spoke to us more, I guess. 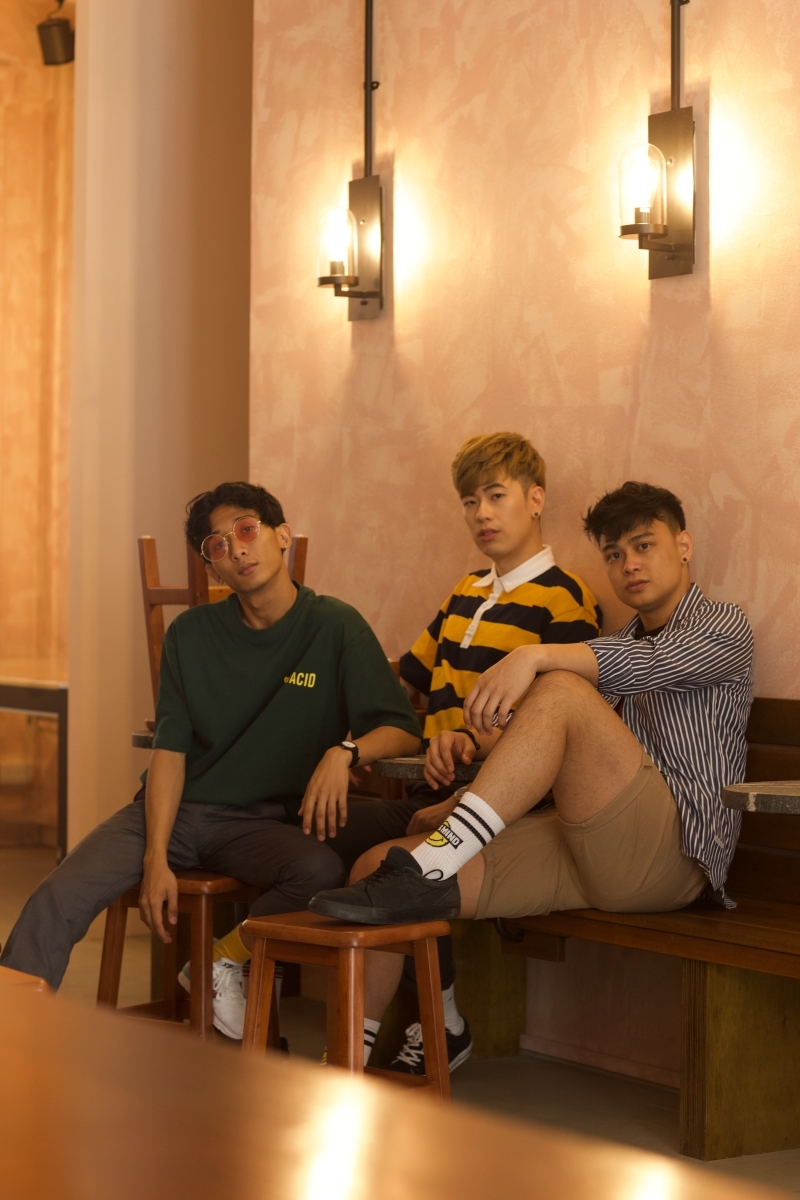 There’s a cute, retro but emo feel to it.

Marc: One thing I’m hoping people will pick up on is the period at the end of the name. Remember those IRC days, when everyone was into chat rooms and things like that? There’s this mood and aesthetic associated with those memories that I really vibe with. Having the period makes it more final – and stylish.

Clarence: For me, it’s all about the aesthetic. Having a period at the end of it really completes it. It gives it a different feeling. You can interpret it in multiple ways. The full stop actually opens up the meaning of the abbreviation itself.

'Cool With It' is dark but very catchy. What’s the story behind the song?; how did it come together?

Zie: We had the early beat down and it was nighttime when we were trying to write a story behind it. But we were tired so we took a breather outside. So I was looking over the other flats and saw an old man in his Speedos, which was quite hilarious. So we started writing lines that rhymed with Speedos. Then it hit us: What if we wrote a song about voyeurism? Wouldn’t that be great?

Marc: Yes. It was that particular scene that we kept talking about. It was meant to be kind of dark but it softened. It became a summery love song. Funny how the whole mindset and emotional viewpoint changed. It’s very important to us that the music captures a feeling. That’s the aim we go into a session with. Usually, the feeling is a chill one, a vibe that’s our artistic common ground. 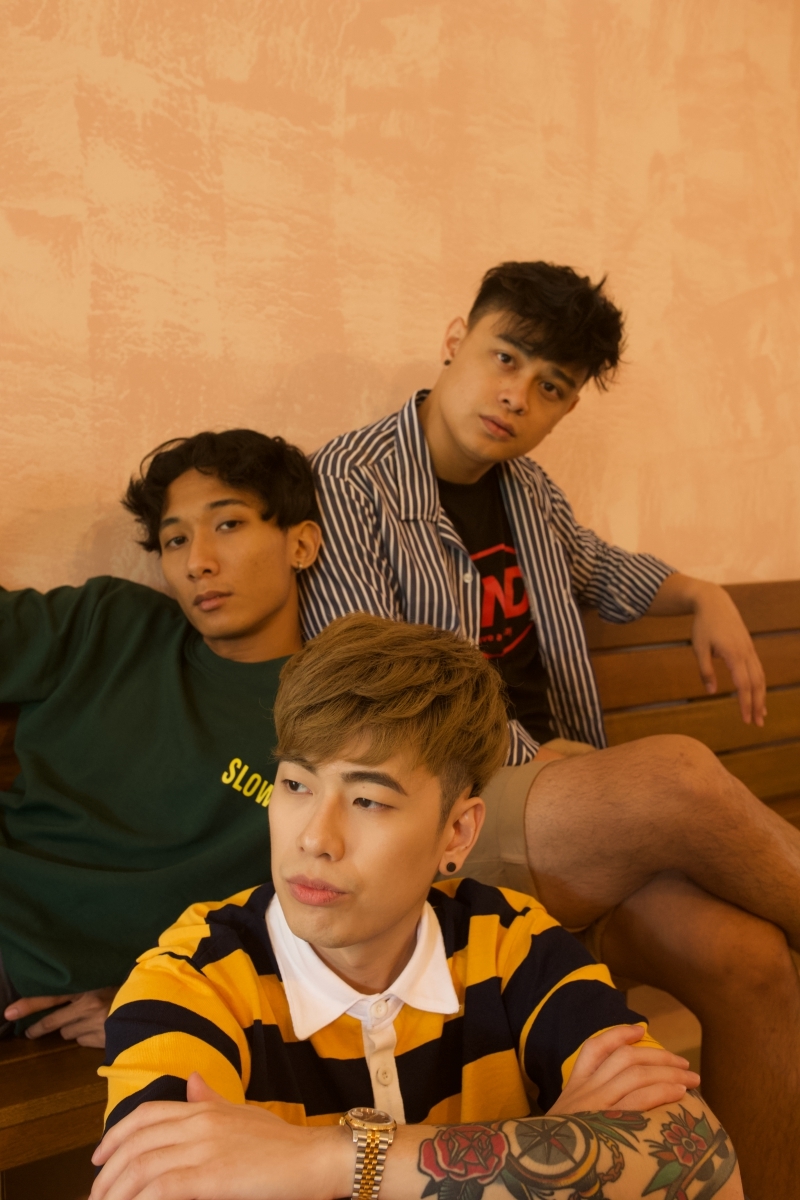 What does being ‘Cool With It’ mean to you?

Zie: I guess it's being able to compromise: “I can't take you out on a fancy restaurant but I can make you dinner i stead, if you're cool with it?”

Clarence: We haven’t planned that far ahead. The band started out as a side project that became serious eventually so we’re planning our steps as we go along. We have a bank of songs that we’ve written and we’ll work towards getting them out as singles. It’s very likely that there’ll be an EP sometime next year. There’ll be more visuals as well.

Marc: Because we just started out, it’s interesting to see where we’ll go from here. We’re happy with the music we’re making so what we do next will come from us developing what we have.

Zie: Just keep writing more and more music! We're slowly getting comfortable with each other and I'd love to see where that'll take our music and brand in time to come.