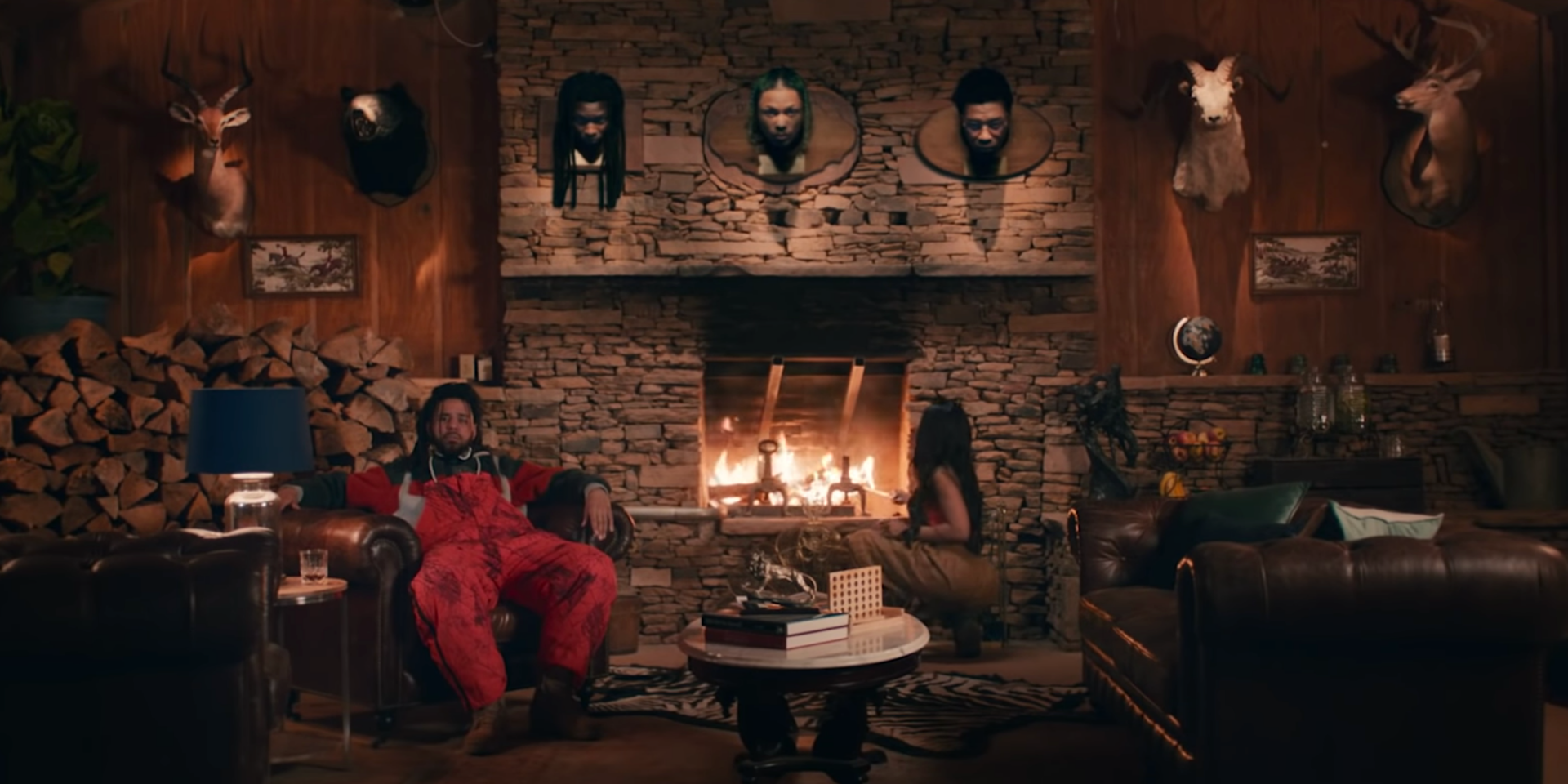 J. Cole's latest single 'Middle Child' gets the video treatment and it's a bold one.

Premiering on Youtube today, the visual, directed by Mez, features a slew of glaringly symbolic images that capture some of the current state of issues in the world. The few memorable ones are: J. Cole rapping while surrounded by a dead bodies with muddy shoes, who were shown in a scene at what seems to be an awards ceremony preceding that; the mounted heads on top of his fireplace with plaques reading "Your Favorite Rapper", "This Could Be You" and "Ask For A Feature"; and, probably the most overt of all, African-American womens' faces on sale at the grocery store.

The rapper is set to release his upcoming album Revenge of the Dreamers III sometime this year but details on the actual date has not been confirmed.

Watch the video for 'Middle Child' below.