Actor, hip-hop and R&B icon Jaden Smith will be coming to Singapore to perform this October.

The young rapper, at just 20 years old, has made a name for himself through the various movies he has starred in, such as The Pursuit of Happyness, Karate Kid and more, as well as his music, namely, SYRE and this year's ERYS. His most notable musical release to date remains his smash hit, 'Icon'.

Jaden Smith will be performing at Zouk Singapore on Thursday, 24 October. Get your tickets here for $88. Limited tickets will be made available at the door for $100. 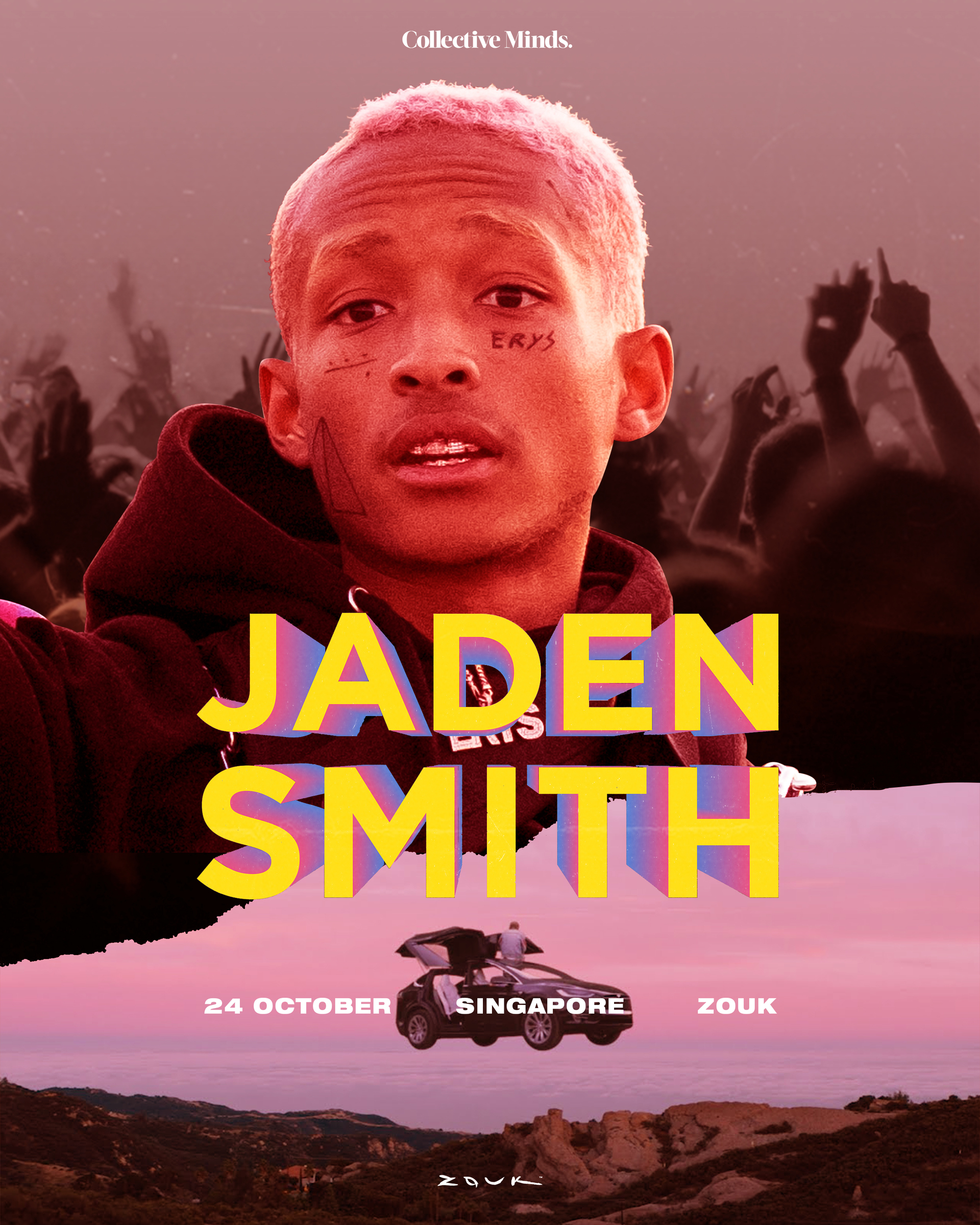