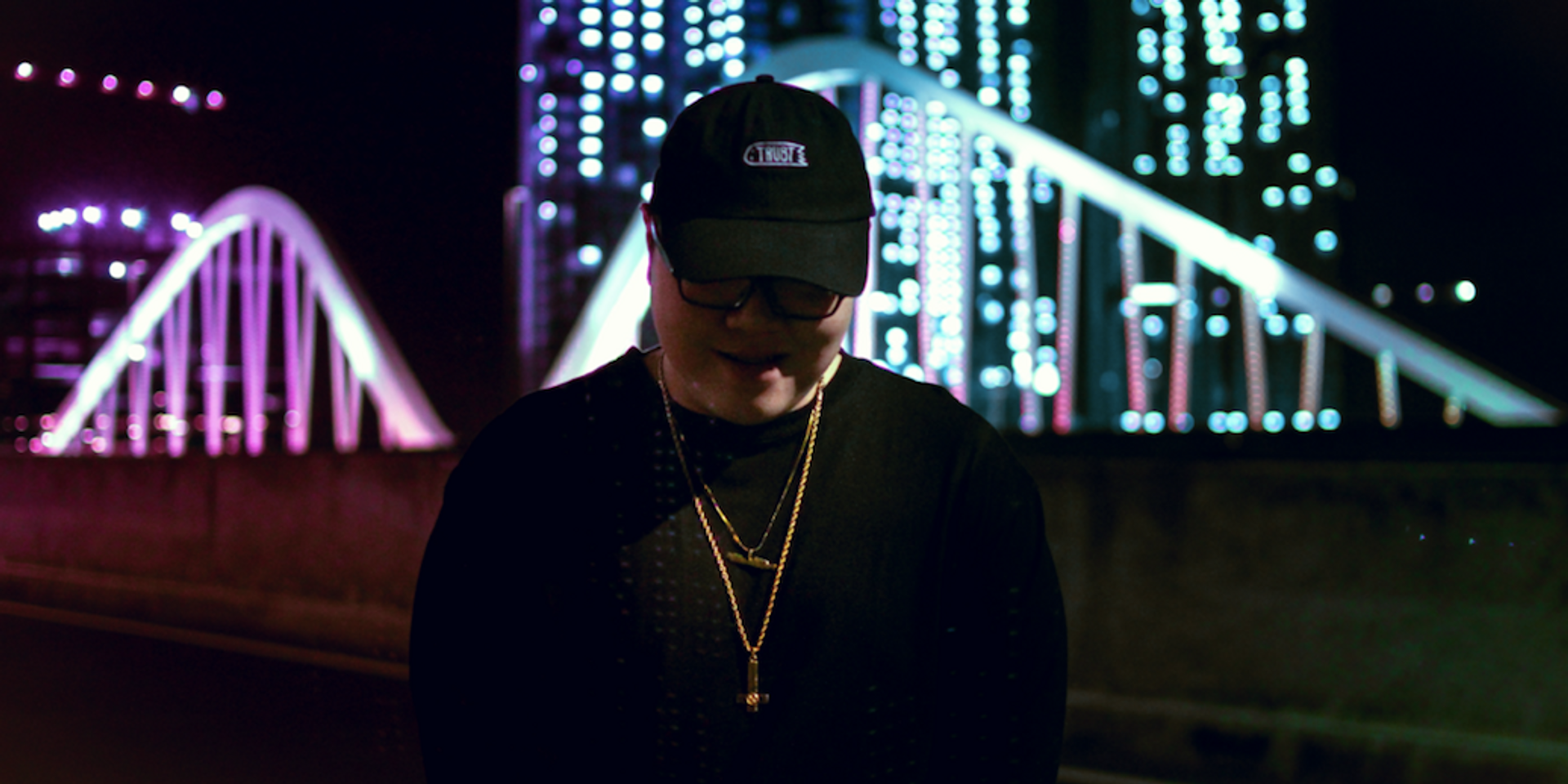 Bandwagon recently sat down with Sihk (pronounced "sick"), a Jakarta-based producer who was one of the first to work with Rich Brian (whose debut album Amen is out tomorrow) and has since been making waves as a signee to one of the world's leading EDM music labels, Barong Family. We met Sihk during last year's Djakarta Warehouse Project and asked him about his influences growing up, working with Brian and what he has in store for 2018. 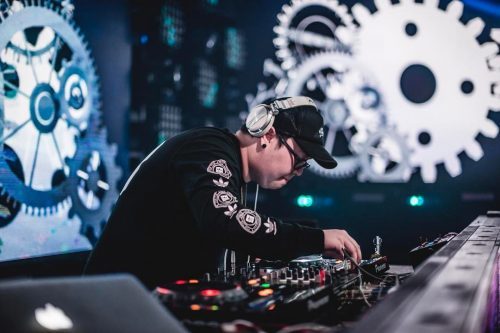 How did you first get involved in music?

In the sixth grade, I was this fat little piece of shit who wasn't really doing anything with his life and I was trying to figure out how to get girls so I started a punk band, thinking I would get girls but that shit did not help. But eventually I fell in love with making music and it just stuck.

Marilyn Manson, Lamb Of God, just a ton of heavy metal. But when it comes to electronic music, it comes from this old game called O2Jam. It was this online kind of game, with a lot of trance music and a lot of drum and bass songs. So that was the influence behind the electronic music and then from there it went to hardstyle and dubstep and everything else.

When you first began producing, did you know that your current style of music was what you were looking to create, or was it something that evolved over time?

It evolved like nine hundred million times. It went from punk to post hardcore, to deathcore, then hardstyle, which is so different from deathcore, and then dubstep to electrohouse, to big room, future house, progressive house, and now I'm doing hip-hop and bass-heavy music.

How long did it take for you to get used to producing?

I’m not even used to it now, I think. You’re always learning. I started learning around 2007-08 so that’s like 10 years but I’m still learning.

You’ve produced beats for Rich Brian. 'Who That Be' has 6.1 million plays on SoundCloud alone, how does it feel like to be a part of something that’s so loved by people all around the world?

I don't know how to feel about that. My life changed a lot after that track, but at the same time, my career’s like steadily creeping up a little bit. I knew I wasn't going to blow up instantly. The thing is, it isn't my track, it’s Brian’s track, I just produced the beat. Everything else was him. It’s just cool to do that kind of stuff.

Are there any current plans to produce more tracks for Brian?

He had a lot of ideas he couldn't describe so after 'Who That Be' came out, I taught him the basics of production on FL Studio and told him to YouTube the rest. Now he’s making his own beats.

If that never happened, Brian would be releasing music super slowly just because of that restraint he had of getting his ideas out there. You can be expecting some fire coming out very soon from him.

How has growing up in Jakarta affected your sound?

This is actually really weird, because it didn't affect me at all. I went to an international school growing up which resulted in my influences coming from outside of Asia because of what the other kids were listening to and what they were introducing me to.

I’ve always been lazy, so I never really explored Jakarta and the rest of Indonesia, so what I knew, I knew from the internet. Before the whole emo scene came here, I had already caught on to it because I was following the international trends, same thing with electronic music. I began learning how to produce and DJ in 2008 and the rest of them only caught on in like 2012 or something.

A few months back I did a track with this Dutch DJ, Gianni Marino, who has Indonesian heritage, and Roycdc, who's actually Brian's brother. So that track is called 'Rendang' and it features a few Indonesian flavours in the build up to the drops. It's a banger, dude. So people should definitely check that out.

You’re a fan of metal. Are there any plans to incorporate metal and your style of music?

Probably, I think it’d be really cool to have heavy metal blending in with bass music. There are a lot of people doing that already, but I have plans to take it to the next level. I used to scream and stuff so I’ll probably record some vocals and make it really heavy. Even with my hip-hop stuff, there’s a lot of double pedal stuff going on.

That was fun, it’s always fun to work on tracks with them. We just headed into the studio one day and KMKZ had already started on the remix a little bit, and we basically worked on it for like five hours and honestly, we were just having fun and making it as crazy as possible, with as many inappropriate jokes we could throw into the song as possible. I didn't think Jim from Yellow Claw would've accepted it just because it was so weird, but he did so yeah, it was pretty cool, and it was released on the 'Do You Like Bass?' remixes EP.

In the song itself, there are so many sub-genres, can you dig into why you guys decided to throw so many sounds into the mix?

There were three of us and we couldn't decide which to eliminate so we just decided to keep them all in the mix. So you've got the drum and bass part, the psy-trance part, the dubstep part, the trap part. And it surprisingly works so well together.

Let’s talk about the Bad Trip and INDEPENDENCE EPs. What was working on that with MUZTANG, Mardial and the rest like?

So we have this collective, called NoBS. The people in it are KMKZ, Bleu Clair, Mardial, Muztang and myself. We’re planning to pull in this guy named Abhimanyu, but we don’t know when that’s going to happen. Working with all of them is always so fun, and honestly, our collective can't stay within our deadlines because we’re all so busy.

I gave each of the guys two weeks to come up with a track, which is more than enough, but our personal schedules are just so hectic that we had to delay the deadlines. I only received all the tracks like three days before the release. Working with Mardial is always fun because he's like a meme guy, Muztang is really cool, he has a lot of knowledge in the drum and bass scene and Bleu Clair and KMKZ are like brothers to me.

You were featured in the Barong Family magazine. How did you find out about that?

I wasn't even informed about that through anyone from Barong. This girl, Hayley, she’s from Vietnam, she’s a friend of Jim and Nils from Yellow Claw and one day she posted on her Instagram story like “Oh my god, Sihk is in the Barong Family magazine” and I was like “WHAT?!"

I didn't even know that I was already in Barong Family because I’m still working on my EP, I thought you’d only be considered a member of Barong once you’ve released an EP with them, but I guess not. I’m finishing up my EP right now, and then we're planning to release it sometime in 2018.

What do you have planned for the next couple of months?

So eevnx just put out this new track that I produced and it's currently trending on YouTube Indonesia, so that's cool. I have a lot of hip-hop tracks coming out, hopefully another track with NIKI coming out because we made a lot of tracks together, I don't know if she’ll be using any of the beats.

I’ve got more singles coming out and the EP on Barong Family. I have this name on my Instagram called Yung Fetus, and I’ve always wanted to do something with it, so I’m planning to do some form of comedic thing with it, probably hip-hop but I’ll be doing crazy stuff that I don’t mean, just to piss people off. It’s mean but pissing people off is fun sometimes.