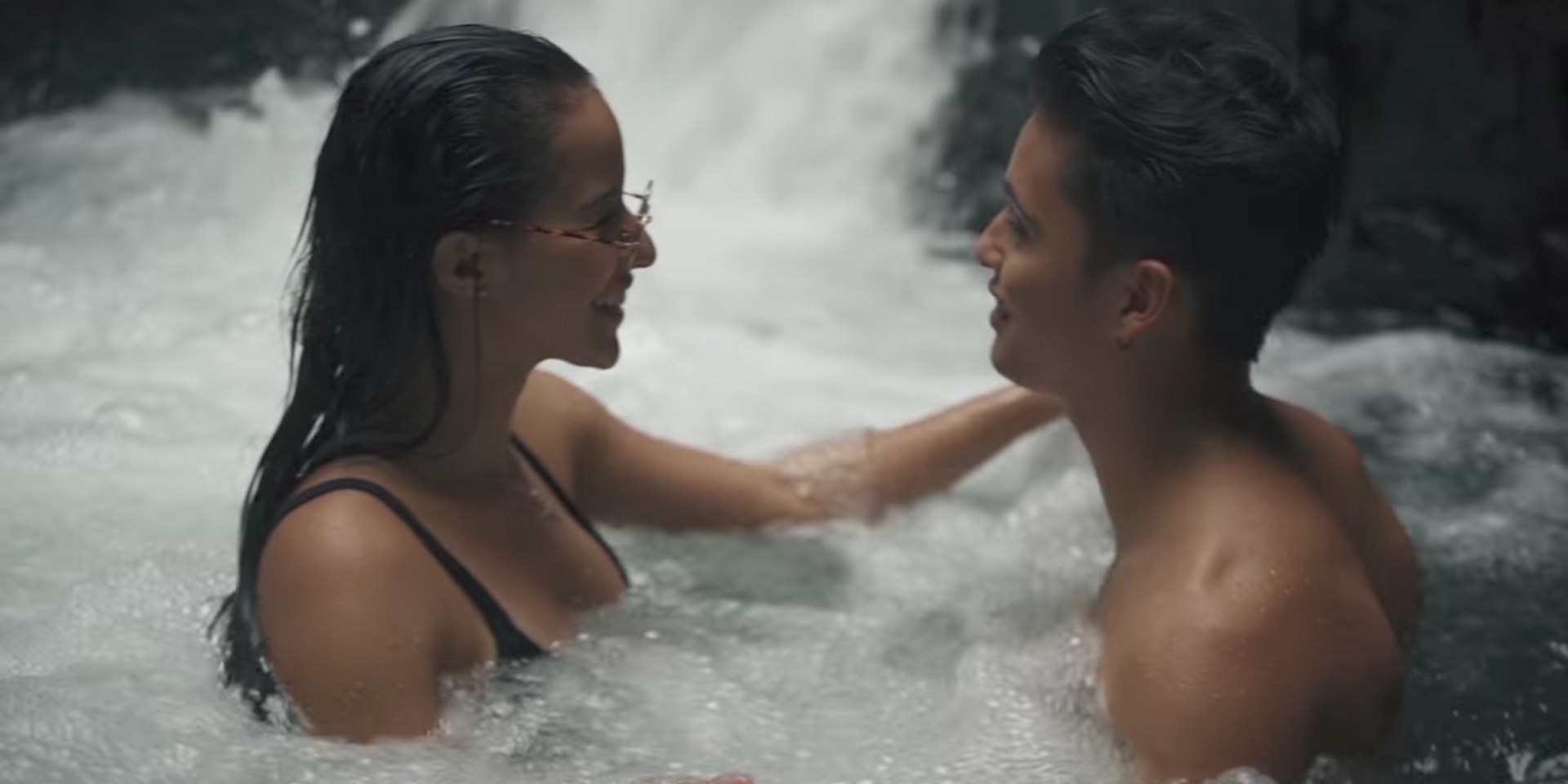 James Reid just dropped a fresh, new track, “Cool Down,” from his forthcoming album called Palm Dreams. The song has reached the number 1 spot in iTunes Philippines and along with it, is a brand new music video that matches the mood of what the song is all about-- letting loose and letting go.

Shot in Coco Plantation in Baler, the video features a backdrop that is doubly irresistible and inviting. Bandwagon had a quick chat with the man behind the lens, Deej Fabian, a photographer and videographer who also moonlights as a DJ under the someguy monicker.

He talks about what it’s like directing “Cool Down” and working with one of the bigger names in entertainment.

Tell us more about the work you do as a photographer and videographer. Any significant works you've done on the top of your head?

I’ve been freelancing for around six years now, since I started in first year college. I started off with photography in the nightlife and urban lifestyle scenes then discovered a knack for videos later on. Now, I do both photography and videography under Substance, a freelance artist agency. It’s really hard to consolidate six years worth of involvement in different scenes I involved myself in. But I guess, I’d say some of the most important stuff I’ve worked on were my videos for different dance crews in Manila, especially the A-Team video we did a few years ago, the campaign I did that started SM Youth, the different concepts and live visuals we did for LOGICLUB and the Human Summer campaign we did a few months ago. It’s not my first time directing, but the jitters that come before any big gig makes you feel like it’s your first all the time.

How did you end up getting the project and how did they approach you?

Well, I got a call from Danyl Generecian (Producer) while I was in La Union (a couple of days before the shoot dates), and he asked if I was free to do the project (in Baler). I initially turned down the offer since I was still all the way on the west coast of the island and I wouldn’t have enough time to prep and head out to Baler in a couple of days. They insisted that they wanted to enlist me as their director since they liked the work I did for Human. I got another call from Paulo Tiongson (song producer) and he really tried to convince me to do it. Still on the fence, with no team, no production manager, no plan, I was pretty much resigned to not taking the project. I consulted with my long time production manager, Tony Battung to ask if it was feasible to get everything down within the the short 2 day span to make the shoot possible. I got to enlist Jake Jereza and Bardo Wu (Good Wolf Films), who are also my co-artists at Substance and began figuring out how to do all the work that needed to be done in such a short amount of time.

Did you get to listen to the track, Cool Down, before the shoot? What did you think of it?

I didn’t follow James’ musical career prior to this gig, so I didn’t really know what to expect from the track. I listened to it a few times, and hey, not too shabby. It was different from the usual music big named artistas churned out. It had tropical house, trap, and moombahton elements mixed into different parts of the song, and I thought it was pretty catchy. It was interesting to hear that kind of production for an artist like James, whose older music were on the far end of the pop spectrum.

The video was shot in Baler. How was it like working in a place like Coco Plantation, and how did that play into your work and the music video?

I actually didn’t know what to expect until we got there. It was really interesting, but also very daunting since we had barely a day to work on the video, with no ocular, no photo references and no set schedules, which we had to come up with on the fly. That part of Baler was much quieter than the main town like Sabang, and it was pretty lovely having that kind of unspoiled land and beach to play around with. I had to really walk around the resort and scope out the area and ask the local tourism rep about other spots we could check nearby to match the ideas we wanted to execute.

Conceptually, how did you prepare for the shoot? What did you visually try to accomplish with the video?

I had to ask James about the root of the song so I could conceptualize a story to match the sentiments he had when he wrote the song. James already had some ideas and scenes he wanted done and I just took all of them in and laid them out to form some sort of narrative. I wanted the video to be visually pleasing, and I told my cinematographers to take creative liberties with their angles since I trust their eye for aesthetics. We tried to highlight different textures and worked with a more filmic approach to the colours we wanted to capture. I wanted it to be visually pleasing for both his existing fanbase and people who may not be part of his original audience.

Tell us what it was like working on this video. What was it like on set during the shoot?

It was both exciting and daunting. Knowing James’ reach and how much people will be viewing this, it was really quite a challenge especially with the circumstances we had. The shoot started off slow and laid back, and we really tried to keep the environment casual since I didn’t want the shoot stale and too serious. I wanted the talents and everyone else on set to feel comfortable and loose. If you’ve been to any of my shoots, it’s always like that. We make jokes, we get to know each other, and we build a chemistry between us. Of course, we had our fair share of difficulties, with some things not cooperating and having a slim time frame. Working with James and Jodie Tarasek was easy, they knew what they were doing and they picked up on the directions quite fast. Since we were all pretty much the same age range, it felt really nice to be working on something this big as ‘us’. Without having to answer to a producer/agency/client, we got to really do things the way we wanted to do. It was empowering to be with talented peers on set and we all got pretty stoked to make it good and prove to people that we can create high quality content. Even James was really proud to put together this whole effort with his own resources and money to fund the whole thing. 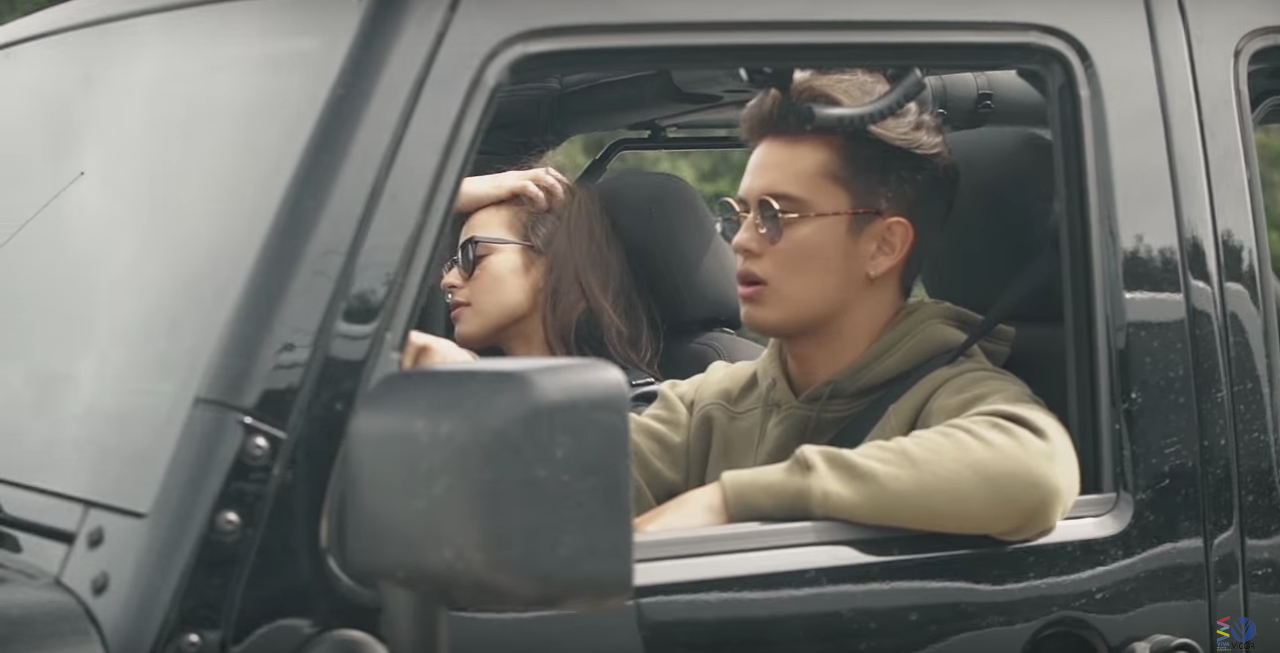 James Reid is arguably one of the most recognizable names in the country. What was it like to work with him?

At first, I didn’t really know what to expect. This guy’s a big deal, and well, I’m not. I’ve heard my fair share of stories about working with celebrities and it’s not always great but luckily James was easy to work with. Since we went up with his friends, some I knew, we got to work in a casual environment. I got to know his philosophy on his career and music, and shoot the shit during the short down times. It was cool knowing that he had a good grasp of his situation and had plans to get to where he really wants to be as an artist, not an artista. We shared the same sentiments about certain things in local music and that got us to really jive well as the shoot progressed. But yeah, bottom line, good to know that James isn’t just some constructed celebrity, and that he has big plans and goals for himself, and not just for his career.

What do you hope people will take away from watching this video?

I hope people appreciate what we’ve made and I guess, get hungry for more music, and music videos from our local artists.