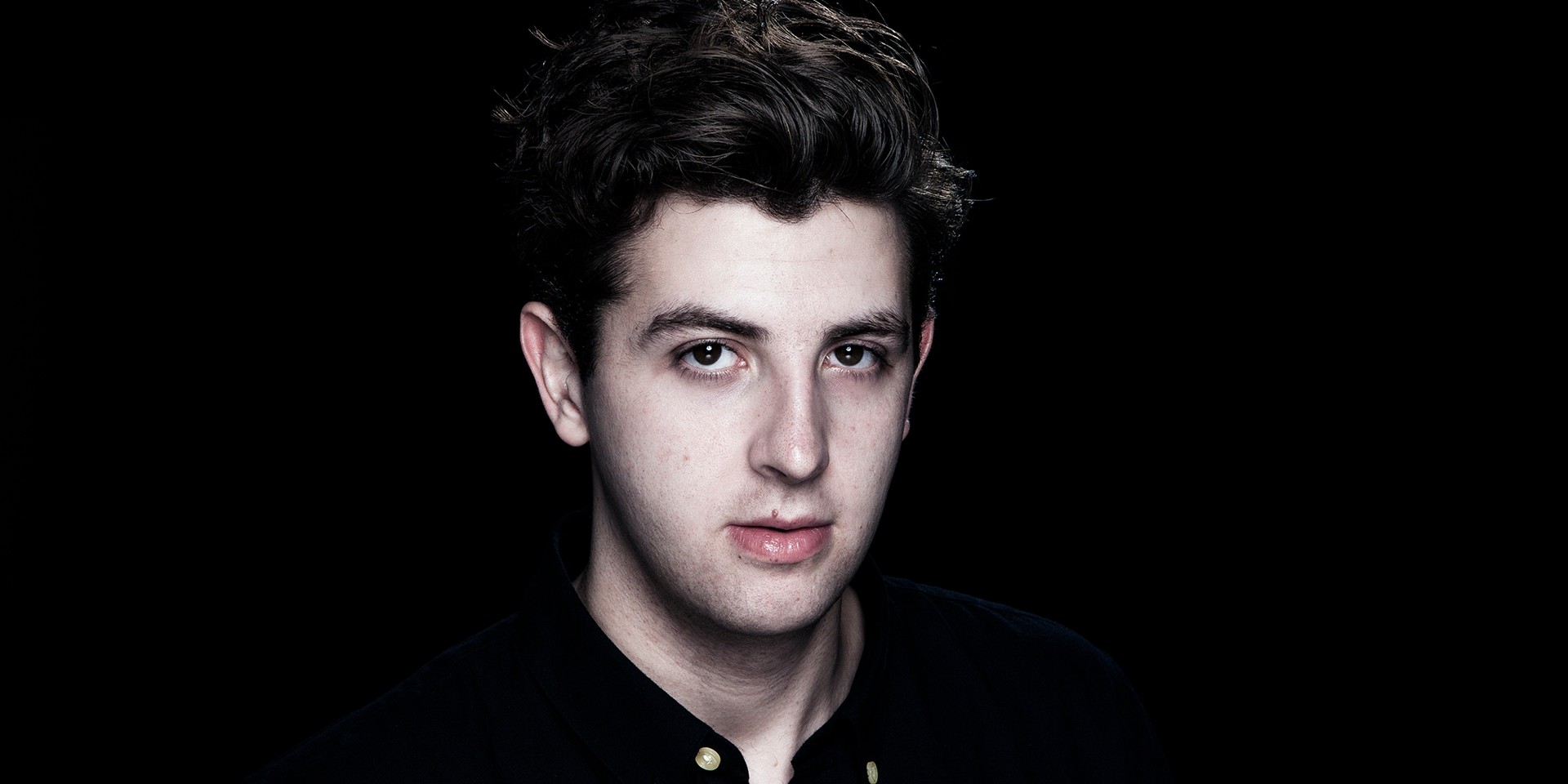 When listening to Jamie xx’s debut record, In Colour, there inevitably comes a point when the listener starts to feel like time is fluid.

From the jittery “Gosh”, to this year’s warmest summer anthem “I Know There's Gonna Be (Good Times)", right up till closing track “Girl”, one imagines as if they’re experiencing the 80s, 90s, and 2000s all at once. The sounds and styles may be disparate but it all held together by one arching theme - this is Jamie xx's (real name Jamie Smith) sepia-tinted, decades-spanning love letter to UK rave.

Bygone scenes ranging from garage to drum & bass to acid to Northern soul to dub (and many more) are paid homage to and brought into present focus through his smooth, unifying production.

“Well, I grew up in London, and it is like a melting-pot for so many different cultures and so much music comes out of that," Smith explains. "So it was bound to influence the music that I make. What I wanted to do, was to make a record that shows what I love about UK rave culture. I was listening to a lot of music that made me think about UK rave culture, but there wasn’t something that encapsulated it completely, because there are just so many levels, so many genres, so many different things that have gone into what has become UK rave.” And that nostalgia is nothing new for The xx member if you’ve been following his work lately.

Prior to In Colour, last year’s 'All Under One Roof Raving' was essentially a collage of British dance music history. Built around a vocal sample that repeatedly goes, “And we kept it UK”, you immediately get what Smith is longing for, even if it's title and beat didn’t already give it away.

The track is positively brimming with era-specific found-samples — snippets of MC chatter, crowd noise, club whistles, and defiant interview clips (“We do not need anybody; we are independent”) — all offering key glimpses into landmark movements like hardcore and jungle.

"An important part of the record is the flow and transition between tracks. That's what makes it an album. A lot of people don't listen to albums anymore, but I do. They've always been very important to me."

— Jamie xx, on making In Colour. 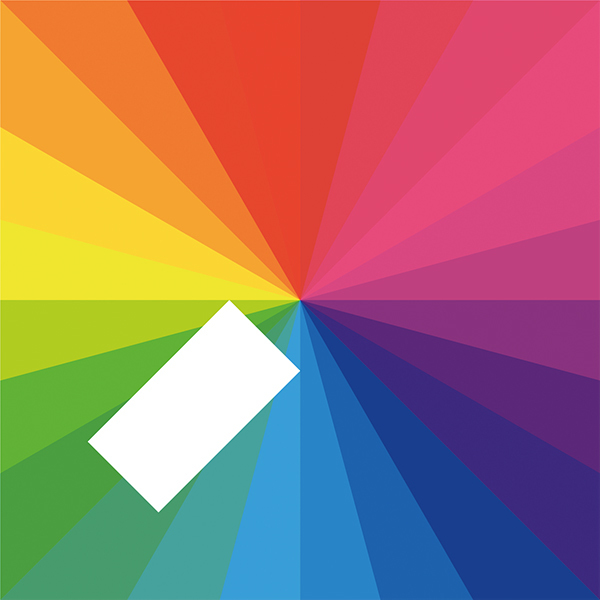 A large portion of these samples actually comes from a 1999 video by Mark Leckey called Fiorucci Made Me Hardcore, that itself is made up of found footage, depicting British ravers taken from various TV documentaries. Such documentaries, alongside his old records, may also offer insight into Smith’s vicarious reminiscing, since Jamie xx is only 26, and couldn't have been a first-hand participant on some of these dancefloors.

Nevertheless, the feel is authentic and Smith’s reverence for UK rave culture is palpable — but it is a little surprising that his initial spark of inspiration stemmed from homesickness.

“When we toured with The xx, I sometimes missed home," remembers Smith. "I love being at home, but it’s when I’m away that I have a real sensation of pride about where I come from. So I did start making some music specifically about the UK.” A track like 'There's Gonna Be (Good Times)' was likely Smith’s version of clicking his heels three times like The Wizard of Oz's Dorothy: because it fits that criteria, and because it sounds galaxies away from The xx.

Combining an uncanny R&B hook built from an obscure Persuasions song from the 60s’ (that might feel right at home on Northern soul dancefloors in the 80s’), with a booty-dropping dancehall vibe courtesy of Popcaan (immigrant Jamaican soundsystems were instrumental in developing nearly all UK dance genres), this single provides an ideal time capsule.

Even a track that does kind of resemble The xx, such as 'Loud Places' featuring bandmate Romy Madley-Croft, sticks to the theme.

While other songs are about finding your tribe through music, this one is about finding connection on a smaller scale. “I go to loud places / To search for someone / To be quiet with / Who will take me home”. All the single ravers in the world feel you, Romy. You have to appreciate such cohesiveness within his albums, including his previous collaborative LP We’re New Here (a post-dubstep recontextualization of the works of jazz-poet Gil Scott-Heron), because it's so rare amongst electronic producers in the age of singles.

Smith is building a future from the past — the same way UK rave has always done — by threading generations with a sense of community.

“Before I made the record, I decided that instead of releasing single after single, I'd make an album," states Smith. "A lot of DJs just release 12-inches and that's something I love, but it's not really my take on music. I had to make something that was an album rather than a collection of tracks. An important part of the record is the flow and transition between tracks. That's what makes it an album. A lot of people don't listen to albums anymore, but I do. They've always been very important to me.”

It's a fitting old-school mentality to go along with an old soul. On the flipside, some detractors posit that Jamie xx’s oeuvre is derivative revivalism and nothing more, but that argument would be truly reductive.

None of the UK rave scenes popped up in vacuum, they were all influenced by predecessor movements (like how dub turned into dubstep) and frequently intermingled with cousin genres (grime, dnb, garage) to form newer strains and newer scenes. Similarly, In Colour achieves just that by managing to callback to pivotal periods, and combining those building blocks into something that sounds fresh. 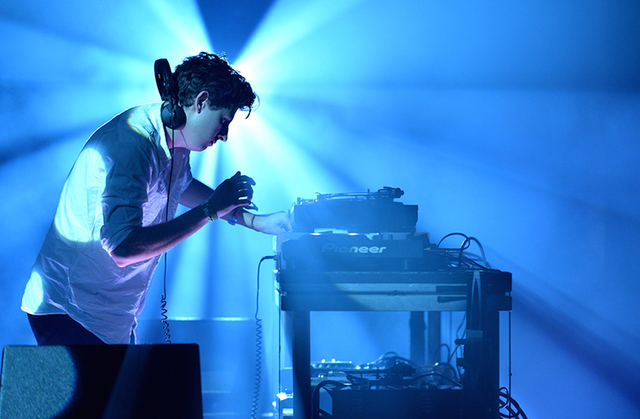 Smith is building a future from the past — the same way UK rave has always done — by threading generations with a sense of community. As DJ Kenny Ken once pointed out in a 1993 documentary about the jungle scene called All Junglists: A London Somet’ing Dis (and rebroadcast to us via a certain Jamie xx song) - “Certain men, a few years ago, they wouldn’t dream of talking to a white person and the same the other way around. But now we’re all under one roof, raving, laughing, and joking together.”

It was one of my parents’ records. They were big soul and folk fans, they liked Fairport Convention. I just remember the cover: black, with loads of different pictures of people onstage. It wasn’t that that appealed to me, though – it was the music: Otis Redding, Sam and Dave. I listened to it over and over again.

'The World Is a Ghetto (Special US Disco Mix)' | War

It’s nine minutes long, or something. Four really long solos, a harmonica solo in the middle, this really driving disco beat. It just works. It’s not so much influential as something I like – it doesn’t get boring no matter how many times I listen to it. I play it out a lot. It’s got to the stage where I try not to, but it’s very tempting.

I first heard it when I was 11. One of the tracks, “Wandering Star”, was on this skate video I liked. I bought the album just after that. I think it was the production that appealed to me. Obviously, I didn’t know about how to produce or anything then, I didn’t even know what a computer program that made music looked like, but every bit of it sounds so satisfying, it’s obvious they spent a lot of much time on it.

For years, I always pronounced their name “played” – I never met anyone else who knew them or what to call them. “Played” makes more sense, actually. It’s like, techno but not techno. They use really odd chord progressions, they change keys from minor to major in the middle of a riff, which is kind of unsettling. I’d just never heard anything that was like that.

There Is Love in You | Four Tet

It was when Kieran Hebden started making stuff with a 4/4 rhythm to it. I’d listened to him a lot before, but this… It came out when I met my girlfriend. We listened to it over and over, so that’s quite a special album. It was before I really knew him. We’re friends now. He has an amazing record collection. I mean, his dad is a jazz record collector, so he had an in, but still. He always says he forgets that he made this album.

In Colour is now available through iTunes. Special thanks to Hostess Asia for setting up the interview!