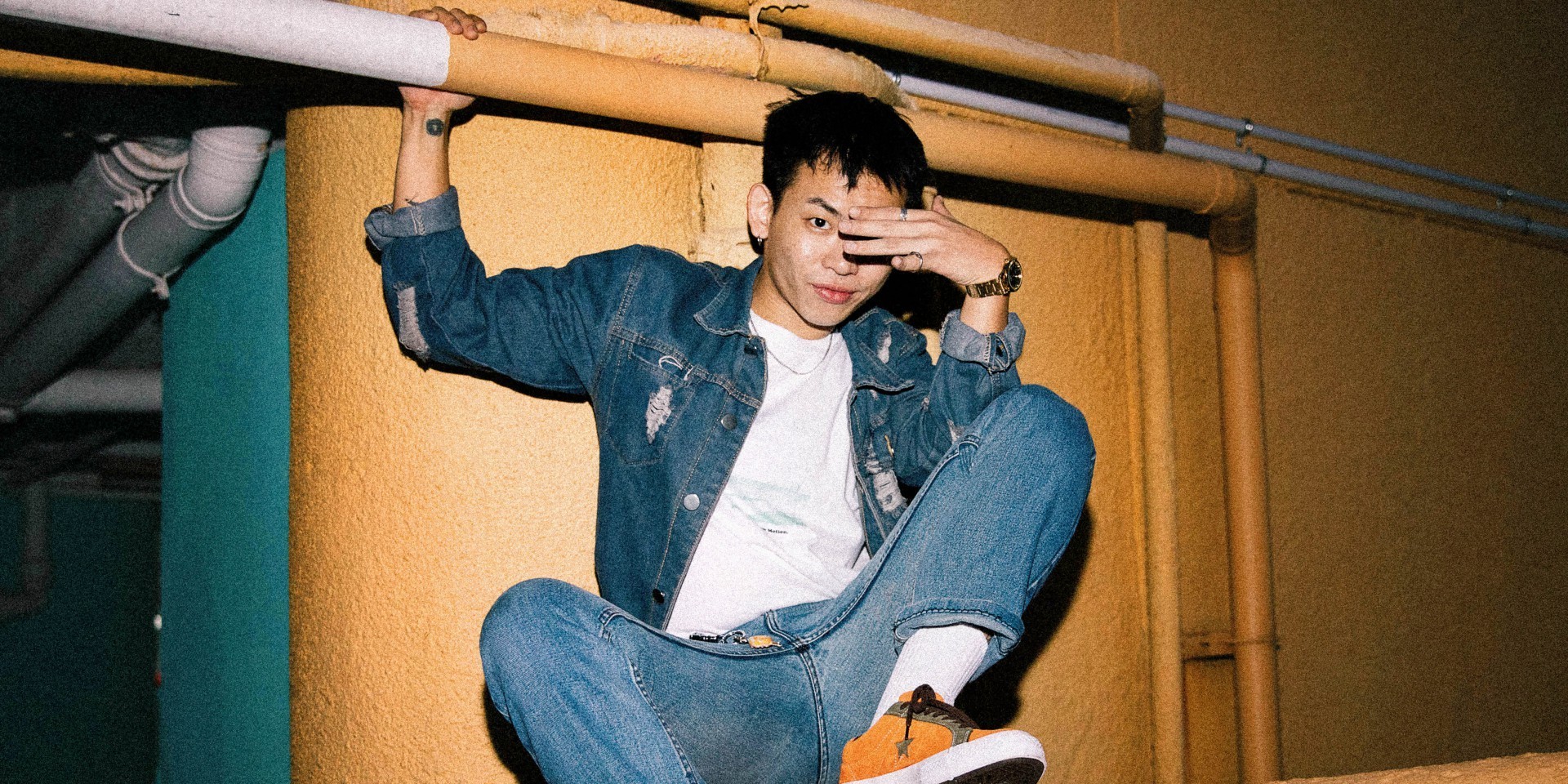 When sight and sound collide, the result is magic. A good music video captures that lightning in a bottle with the verve and emotional resonance that makes for immortal cultural touchstones. When it comes to Made In Singapore music, Jasper Tan aka Vadbibes is the go-to source of that alchemy between music and visuals. He has lent his touch to some of the most arresting and memorable music videos in our canon: Yung Raja’s door-kicking banger ‘Mustafa’, Tabitha Nauser’s R&B kiss-off ‘Body Language feat. SonaOne’ and The Sam Willows’ panoramic ballad ‘Robot’, to name just some. Recently announced as the Singaporean face of Converse’s Rated One Star campaign, he is most definitely poised to make even bigger moves.

Below, Bandwagon speaks to the young filmmaker about how he came to find his style and what he has learnt about his craft along the way.

Lately, I’ve been working on music videos for Charlie Lim and Sam Rui, as well as some ads and collaborations with brands!

How did you get into the visual space? Also, can you recall the first visual (whether image/video/film) that struck you as special and cutting-edge?

I’ve always been a hands-on person and I’ve always loved the arts. Before I started shooting, I picked up hairstyling for a year and moved on to becoming a tattoo artist’s apprentice. When I was in the army, I bought a DSLR and started shooting friends and whatever I liked. I even got into wedding photography for a bit. It was later that I realised moving visuals were way more interesting to me. Creating videos was a steep learning curve that I had to overcome but the process kept me interested throughout.

Around the same time, my close friends started getting into music and forming bands –which is how I got into shooting music videos and live documentaries. I was and am heavily inspired by the director Tom Welsh from GETDELUXE (the house responsible for shooting major hardcore bands). I look up to Tom’s ability to work alone, his cinematography skills and eye for colour grading.

You’re known for your music videos. When you work on an MV, is your approach to visually express the music of the song, or do you not use the music as a guideline?
I think I’ve always loved music for the emotions and the vibe it gives off, not so much the lyrics. Some people listen to music and connect with the lyrics but whenever I listen to a song, it’s the emotions that I feel that lead to the visuals in my head.

So whenever an artist comes to me with a song wanting me to create an MV, my first approach would be to find out what the song is about and what he/she is trying to convey. My goal would be to visually express the song, paying specific attention to the emotional aspects of the song without losing its intended meaning. Enhancing and mixing visuals with music is what always goes on in my head.

Of all the videos that you have shot, which is the most special and why?

I have a video I haven’t released, and I probably never will due to circumstances, but it’s the most special because the year it was made – 2017 – was an emotional rollercoaster of a year. Things were happening and my career was picking up; I was also very much in love that year. The video involved me, her, and a dear friend of mine and it was shot in Japan in winter (I had never experienced snow before) and it was the most artistic video I have ever planned and shot.

What is your favourite music video of all time and why?

There are so many music videos I love but the one that I love and can watch over and over again is “Learn From Each Other” by Majid Jordan. The song means a lot to me personally and the video, though a pretty simple one, is well shot, well graded and I love the anamorphic lenses it was shot in.

What’s your mindset like when you work with corporate clients? Do you believe that it’s necessary to balance commercial interests with artistic integrity?

In the first four years of my career, I chose only to work only with people in the music industry or make films and videos that I liked. I was stubborn about it then, and even though I wasn’t earning enough to actually survive or think about a future, I used to shoot, edit and work as an Uber driver in the wee hours just so that I could stick to doing whatever fed my artistic impulses.

I was constantly rejecting commercial clients because I was worried that it would lead to me having to alter my vision for clients that may want something that isn’t my style, and if I get comfortable or used to that process, I might eventually lose my creative spark.

Having said that, I feel that it’s important to take on commercial projects. To achieve balance, I try not to stray too far from my usual style, this way I can be happy about the work I do and yet be commercially relevant. Overall, I would say aim to improve on a commercial idea with your style, and not shoot a commercial for the money. 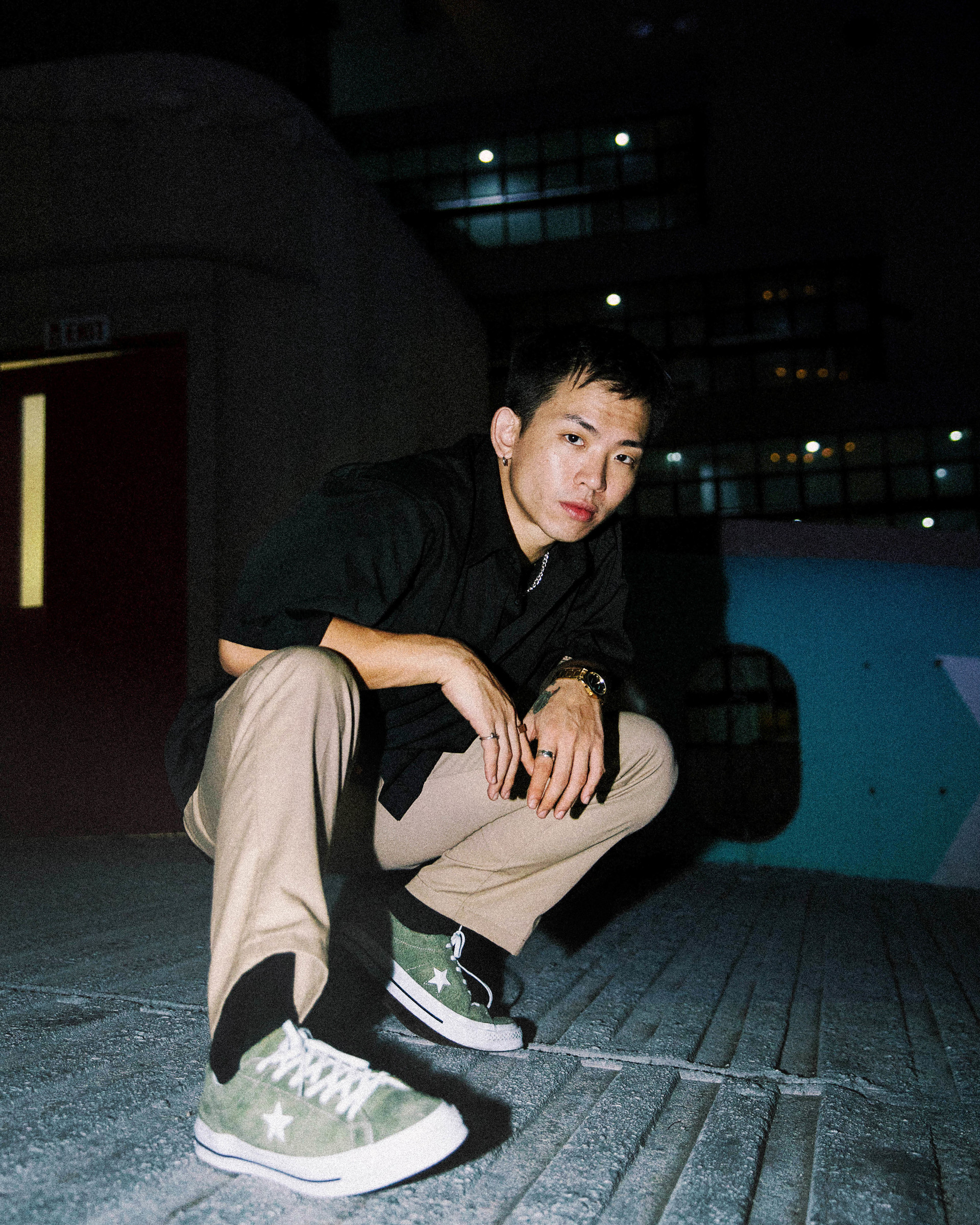 Lastly, what words of advice do you have for aspiring filmmakers?

Don't shoot videos for the money, fame or recognition because in that sense you're not challenging your abilities and you won’t learn how to shoot things differently. Look beyond recognition such as likes on Instagram or comments praising your work – these will never make you happy in the long run. As a filmmaker, your first job is discovering your own style by trying to recreate different types of videos until the day you no longer need to refer to any other piece of work and visuals just pop up in your head.

Find ways to keep your money afloat so you won't have to give up on your art – a very practical tip, but something I had to learn the hard way. Finally, always be happy with the work you release no matter people’s reactions. Always be open to comments and criticism. Everyone has an opinion so take the good with the bad and find out what works best for you.

Check out the Converse #RATEDONESTAR pop up at Bugis Junction - Hylam Street, Level 1 (in front of Hotel Intercontinental) from September 12-16, from 10am-10pm daily.