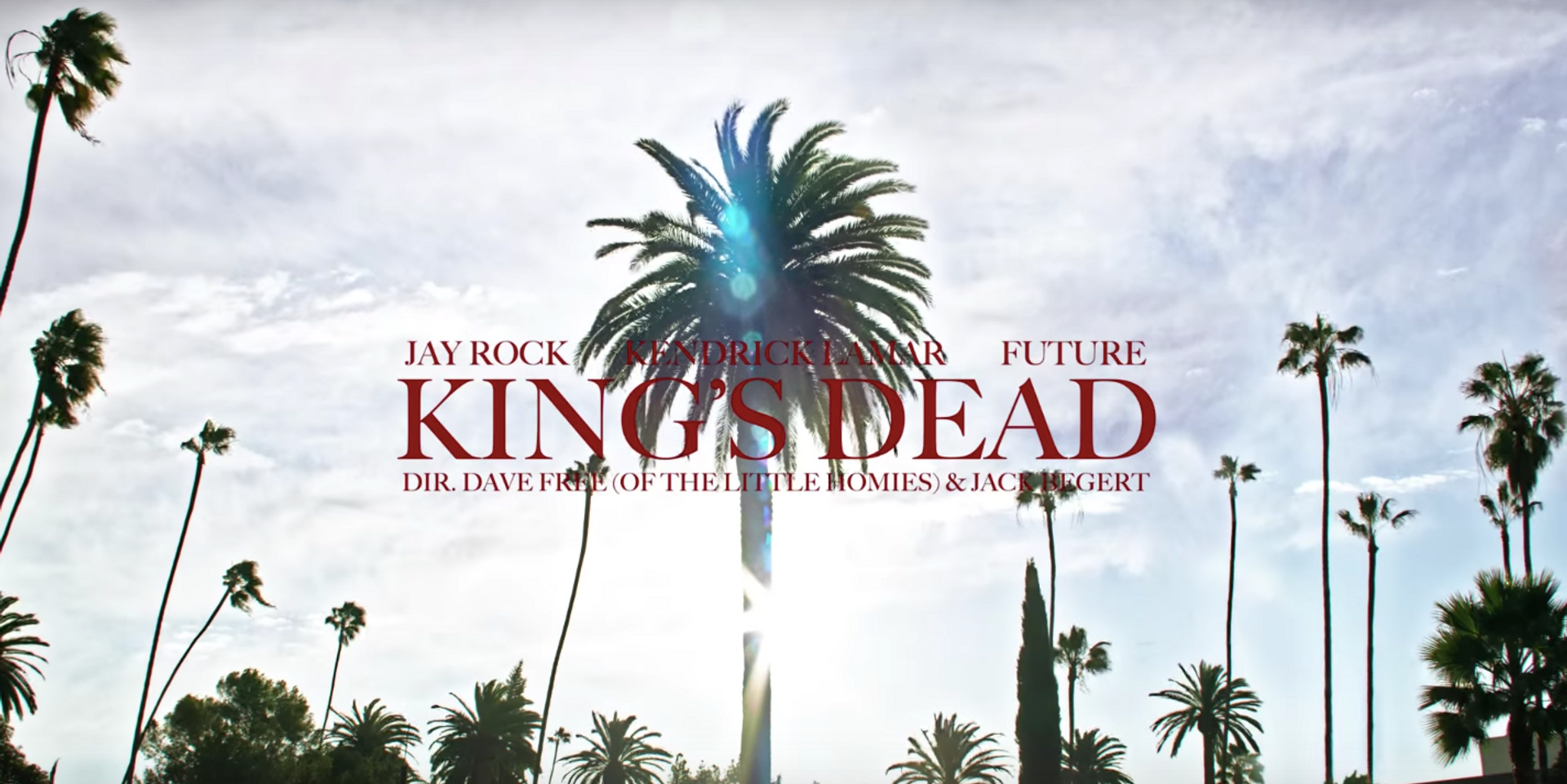 With the release of Marvel Studios' Black Panther in cinemas comes a brand new music video for 'King's Dead', off Black Panther: The Album, once again courtesy of Top Dawg Entertainment.

The music video was directed by Dave Free of The Little Homies and Jack Begert. The video kicks off with Kendrick Lamar eating corn atop a palm tree, conducting business in a Wolf Of Wall Street setting, directing traffic, dancing on roofs of buildings and more. Jay Rock gets a haircut and Future delivers his now famous "La-di-da" verse in a fancy old elevator. Sadly, James Blake does not appear in the video.

Check out the music video for 'King's Dead' below: