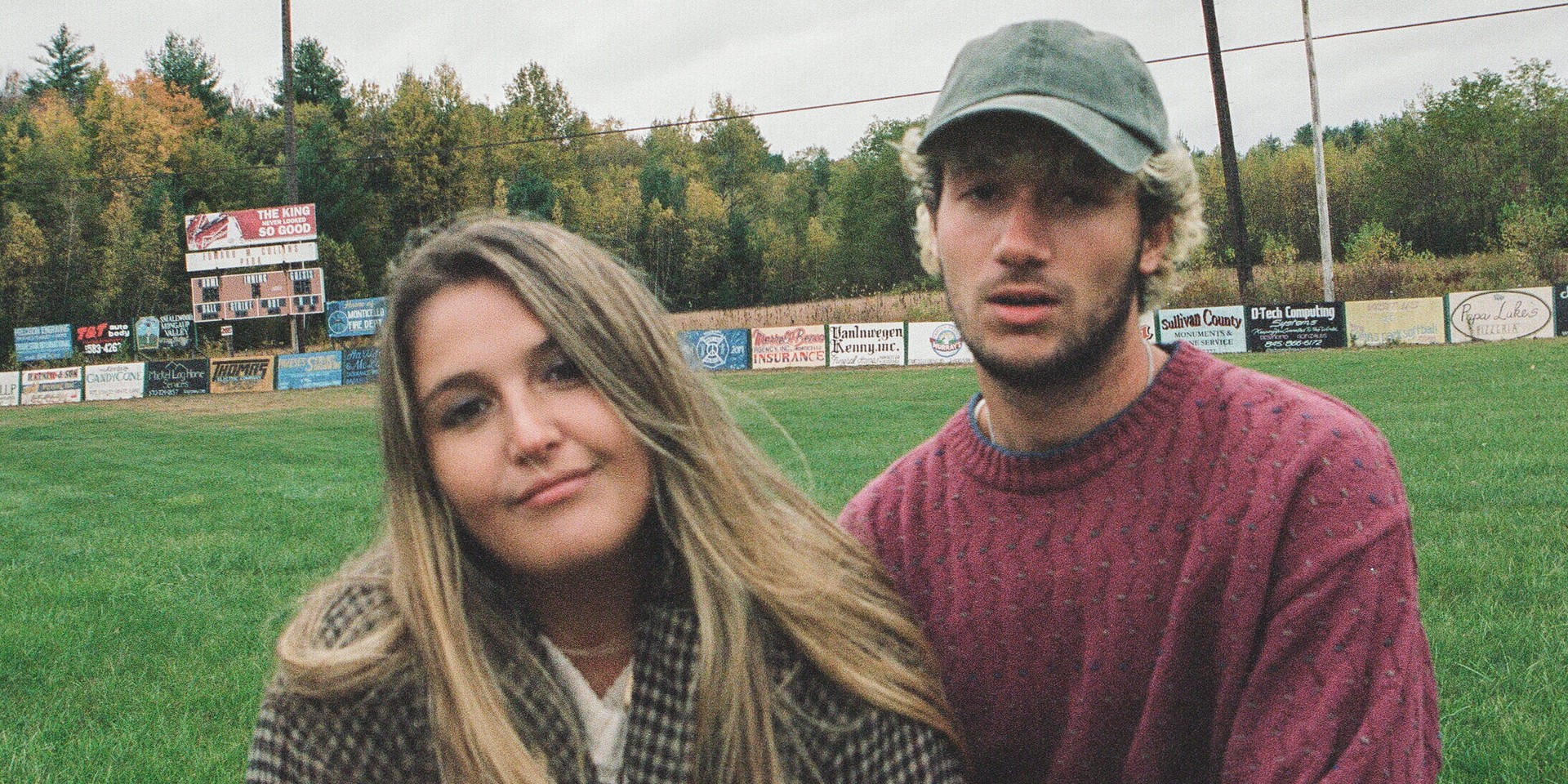 Finding someone you work so well with is hard to come by, that's why Jeremy Zucker and Chelsea Cutler thank their lucky stars for meeting each other that one fateful day years ago.

Good friends and frequent collaborators, the two singer-songwriters have a knack for telling stories in a way that touches your heart and soul, both individually and together. Describing each other as "musical soulmates", Jeremy and Chelsea paint vivid pictures of love and intimacy through their poetic lyrics and emotive melodies.

"We complement each other really well as songwriters. I tend to write more literal narratives and Jeremy tends to write more abstractly, and I think that combination is really nice. And, that's probably my favourite thing about us as songwriters," Chelsea tells Bandwagon.

In 2019, the pair released their first collaborative EP brent, which told melancholic and candid tales of heartbreak, pain, and fear. This year, Jeremy and Chelsea are reflecting on their past and exploring notions of peace, love, and fate in their latest project brent ii.

A testament to their growth and maturity, brent ii sees the two musicians delving deeper into their emotions while simultaneously pushing the limits of their musicality.

"We were in both different headspaces than we were when we wrote the first brent project, and I also think that our artistry has matured a lot in the last year," says Chelsea.

Beautifully put together last summer, Jeremy and Chelsea hunkered down outside of the city to pen together the five-track record after months of isolation and forced introspection due to the pandemic.

"Honestly, if it weren't for the pandemic, brent ii would have happened a little bit later. I think all of us just being quarantined and holed up in our own apartments and homes and unable to leave made the idea of shacking up somewhere in upstate New York and writing music very attractive," Jeremy tells Bandwagon.

Building off of the success and story of brent, the pair wanted to create a record that fit seamlessly alongside the last project but that was also uniquely its own.

"We started the process of writing brent ii with a lot of energy and a lot of expectation, and I thought there wasn't pressure but we put a lot of pressure onto ourselves. Like, there wasn't external pressure at all. We were really confident that we could make it as good, if not better," Jeremy explains.

"I think we just tried too hard going into it and put a lot of pressure on ourselves to exceed our own expectations. And, we didn't start exceeding our expectations until we decided to not take it so seriously and the second we stopped trying so hard, is when we were able to really break down the barrier and let everything come out."

Over the course of a couple of days, many of which were bouncing ideas off of one another and sporadically writing down whatever came to mind, the pair created an enchanting record laden with heart and emotion characterised by their minimal yet immersive soundscape.

Pieced together with purpose and meaning, each track off of brent ii all told a story worth remembering – whether it's a sweet and simple love song like 'this is how you fall in love', or an intimate dedication to your parents like 'parent song', or an honest reflection on relationships like 'emily.'

"It was all pretty purposeful. There's so much energy in it..and I don't know, I think for artists, it's all about energy and just creating moments like a roller coaster, you know," says Chelsea.

Similar to the first EP, brent ii ends with two solo tracks from the pair, which showcase their individuality while still idyllically fitting into the storyline and soundscape of the entire record. Jeremy describes 'brooklyn boy' as a "quarantine song", one that sees the artist's vulnerable side in an explosive outburst of emotion and frustration, while Chelsea's the stars' is an uplifting and warm track about fate and love.

"'the stars' was like my first real attempt at writing a love song, and it came super easily. It took me like 20 minutes to write, and it flowed really naturally because it came from a really real place. I like it a lot. It's just like, very cute, and dainty," says Chelsea.

"['brooklyn boy' is] really a song about frustration, above all things. It starts very gentle and soft, but then the whole energy of the song throughout is getting more and more emotionally charged. In the end, it's just like a massive unleash," says Jeremy. "I view it as frustration and all of this bottled-up emotion that just explodes in a really defiant moment, no amount of time will change the way I feel inside."