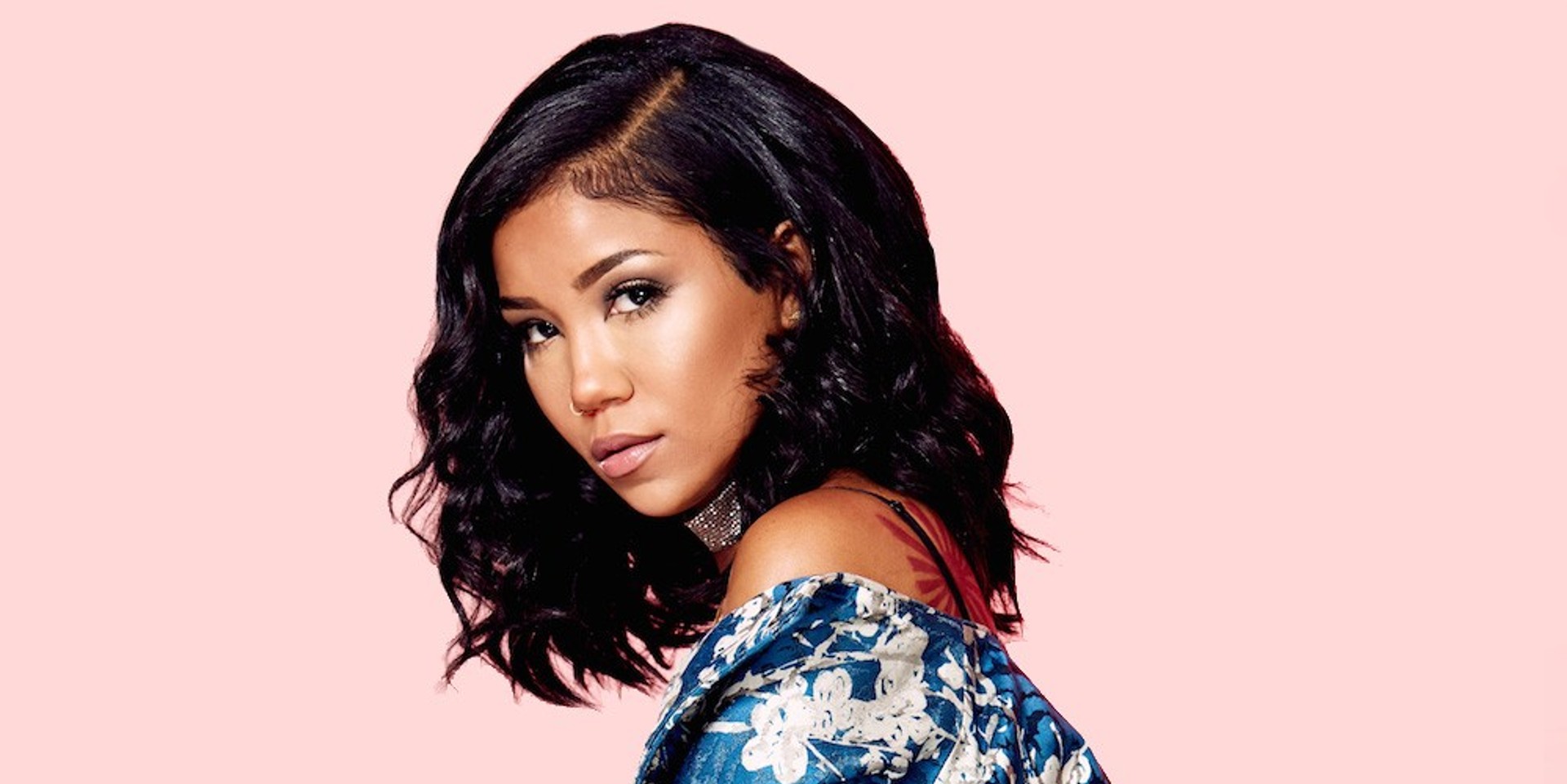 Just last month, Jhené Aiko made a quick stop in Jakarta to perform at Java Jazz Festival as part of her tour behind her album, Trip, which was released last year.

It was a humble set up with dual keyboards and a giant golden harp sitting next to a bed of flowers. Aiko began her set with the slow haunting intro of ‘Jukai’ on the harp and progressed down her album to perform the two singles, ‘While We’re Young’ and ‘Sativa’. She also sang some of her older songs from her 2013 album, Sail Out, before going into an interlude. By this time, most of the crowd were on their feet and cheering in anticipation for the second half of the show.

In the last leg, she performed more songs from Trip and included ‘Bed Peace’ and a cover of ‘Post To Be’. Aiko ended off the show on a high by bringing 20 lucky fans on stage to dance with her to ‘Only Lovers Left Alive’.

After the show, we had the opportunity to have a quick chat with her. If you’ve watched her other interviews, she always seem so welcoming and engaging, and that night she was no different. Read on for our chat with we managed to talk to Aiko about her poetry book, the moment she decided to be a musician, and her progress on new music.

What is the recommended way to enjoy your latest album, Trip?

The recommended way to listen to Trip is definitely in the car, on a road trip. All you need is an hour and a half. You definitely have to be focused and listen to it all the way through, which is why a long drive is perfect.

Although, some people have said that they listen to Trip backwards, and that it still makes sense. I can see how that works because I was very meticulous when putting the songs together, almost like a puzzle piece. Every song definitely fits in their place.

I think you can also listen to Trip in one day, when you’re alone at home cleaning, with a glass of wine. But it’s definitely something that you have to sit down and focus on. Headphones are a must.

You mentioned in an interview that when your daughter, Namiko, was born, you worked at a vegan shop while working on your music. What was the deciding moment that made you go full throttle in music?

I was working on my mixtape while I was working at the vegan cafe, and at the time my daughter was still a baby.

One day I came home, and my feet were hurting because I was working all day waiting tables. I just had to decide on one or the other. And of course writing and music is my passion so, I just took the leap of faith and decided to work on music.

If I’m not doing music, I would probably be working with cats. I’m a cat lady. But I will still be writing though, probably more books.

Do you ever feel like your best work is yet to come?

I do feel like my best work is yet to come. I’m growing and learning so much more. Each time I put out a project, it’s going to be more focused and more, me each time. I feel like I’ve found my path and my purpose. In my next album, which I’ve already started working on, it feels so much more purposeful, like it’s coming from a divine place. I’m super stoked.

What else can you tell us about this new album?

The music that I’m working on recently is focusing on speaking the universal language of love, pain and suffering, without being explicit. You know, the younger me, was a lot more explicit than the me now.

As I keep growing, the content is going to be more open to all audiences. Even kids, or whatever. I just want to have a wider range of audience.

You’ve also put out a poetry book called 2Fish. How did you feel publishing it and now that you know it’s done so well?

I am super surprised and so grateful. I’ve been writing the poems in this book since I was 12 years old and I’ll be 30 soon. For me, I’m glad that people appreciate it. It’s not something that I just threw together and I think people recognise that.

A lot of the poems, well, all of them really, are diary entries so they’re very personal and really dear to me. I appreciate everyone taking the time to buy the book and actually read all the poems.

Obviously 2Fish is named after the fact that you’re a Pisces. What do you love about being a Pisces?

I love all the layers that a Pisces has. I can adapt to any situation, to any part of the world, anything. I feel like there’s nothing that I’m afraid of. I don’t know if it’s because I’m a Pisces, or if it’s the way I grew up, but I feel like Pisces are very well-rounded. But you know, every sign has its good and its bad.

Tell us more about growing up in such a multi-cultural family and if that experience has helped you today.

Ever since I was younger, I felt I could relate to everyone because my family is so mixed. Everyone looks different in my family, so when I went to school I thought I could be everyone’s friend but everyone looked at me and they didn’t know where I was from.

They didn’t really let me into their circle of friends and I feel like that sort of happens in the industry too. People don’t think that I’m ‘this’, or ‘that’ enough of something, so they won’t support me fully, or they want to put me in a category and say “you are this”. And I’m like, no!

I grew up around so many different cultures and races that were in my actual family. As time goes by, people are getting more open-minded to accept each other. We’re literally all the same race, the human race. And I feel like, the more we realise that, the more we’ll come together and treat each other equally.